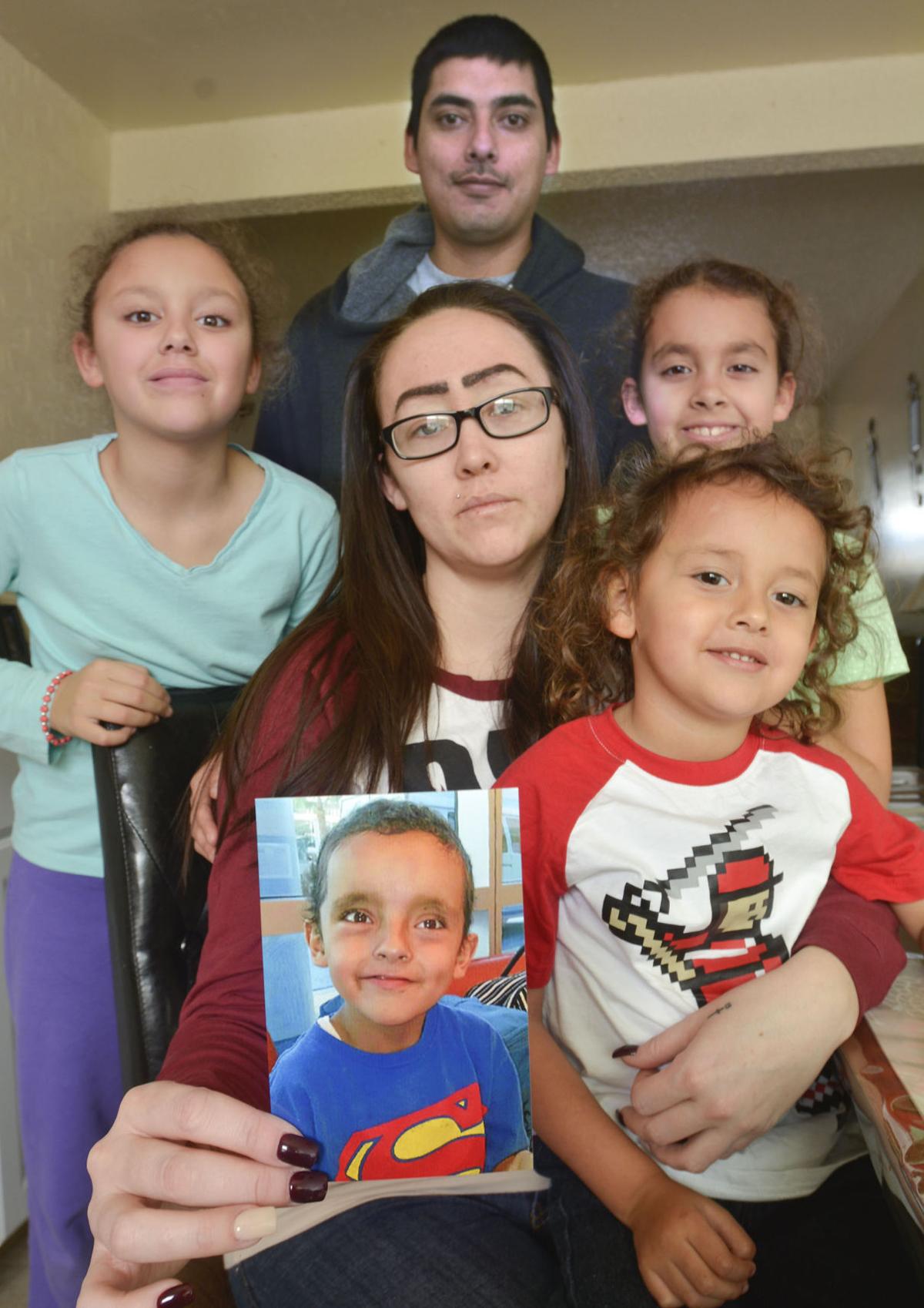 Nathan Mendoza, 8, who lost his battle with cancer last week is shown in a photo held by his mother, Naomi Cordero, with siblings Yvone, Nevaeh and Adrian and father figure Octavio Miranda, background. 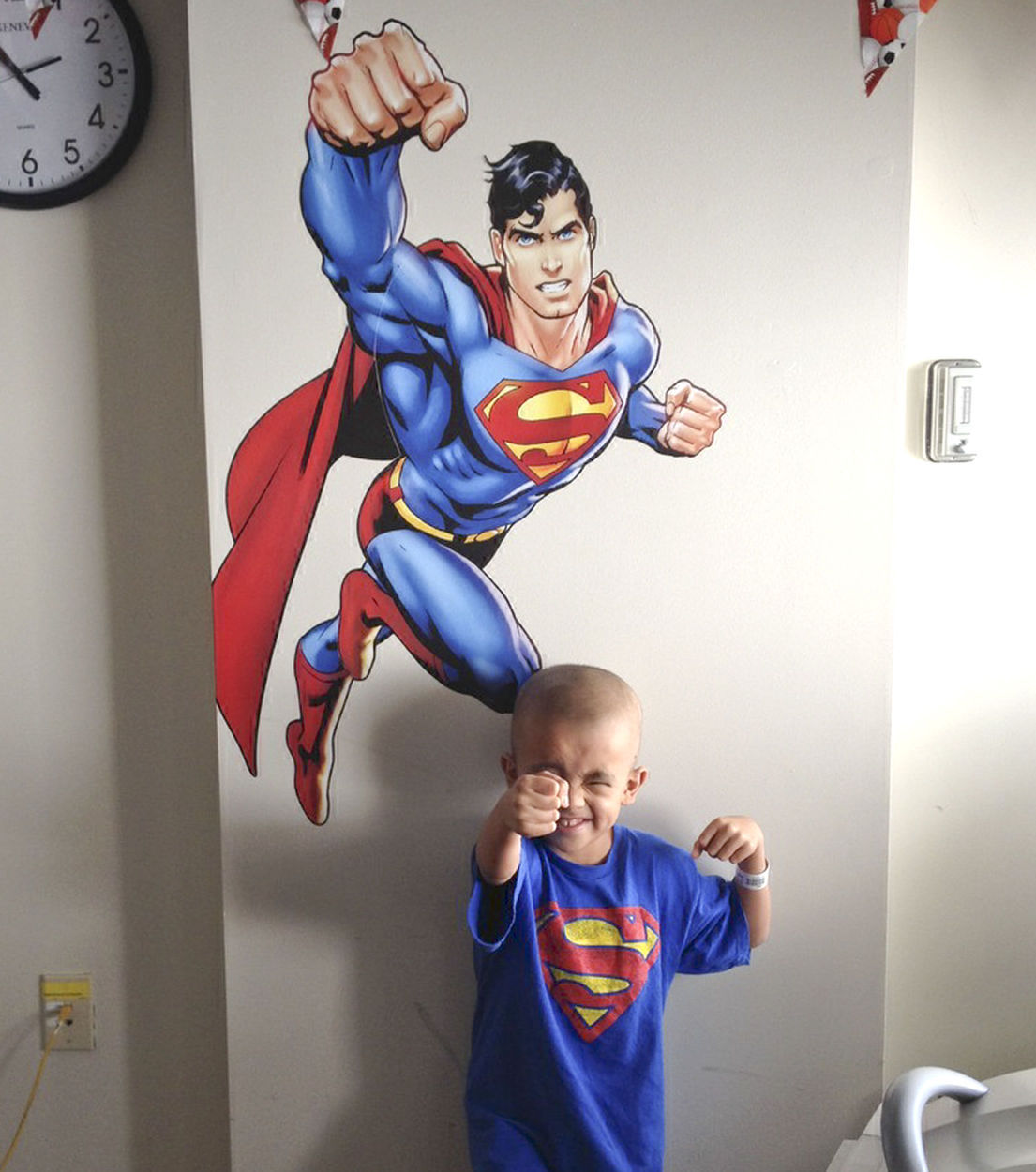 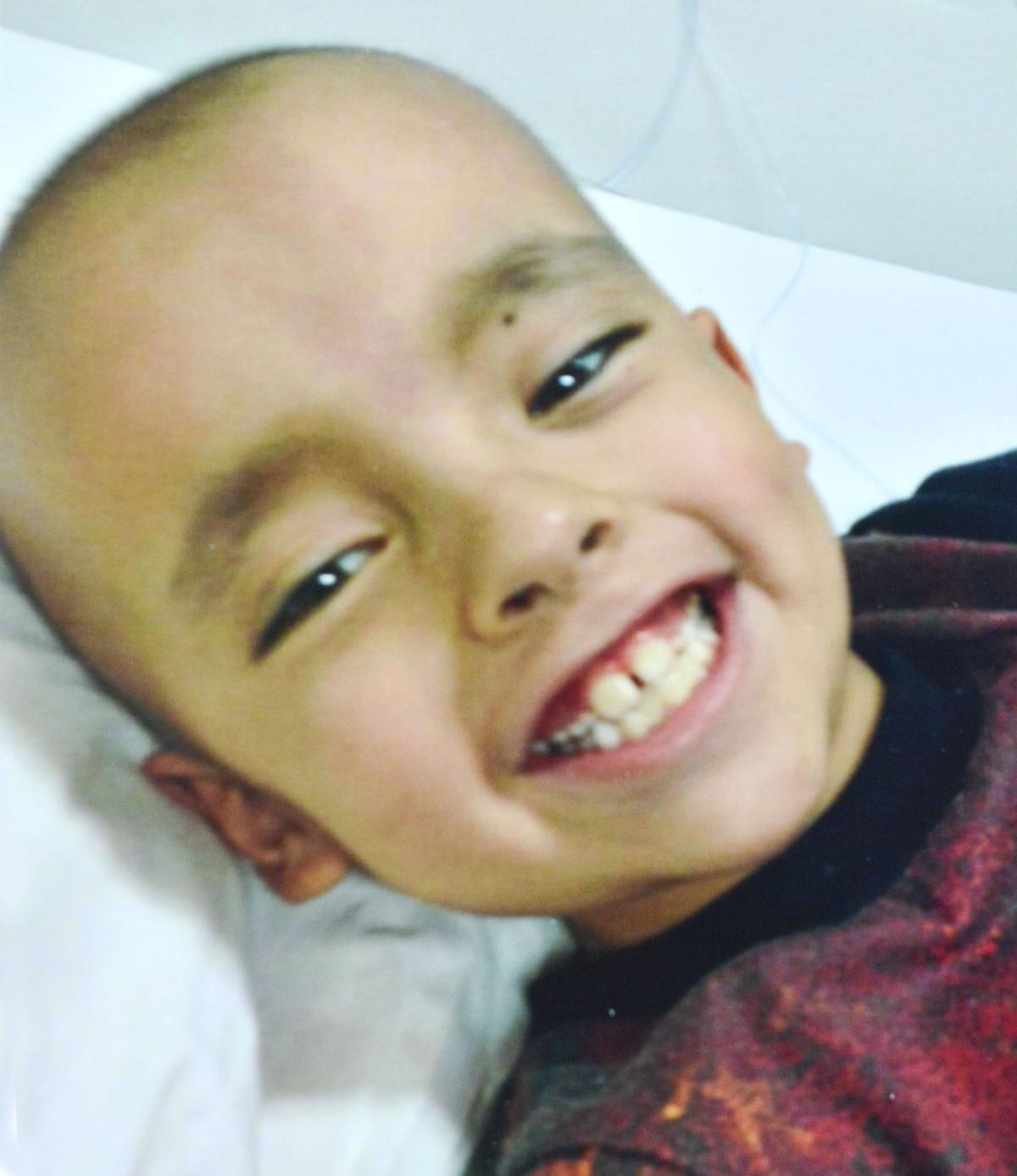 Nathan Mendoza, 8, who lost his battle with cancer last week, is shown in an undated picture.

When Chantal Martinez, a teacher at Lompoc’s Los Berros Elementary School, thinks about Nathan Mendoza, whom she had taught and grew close to over the past four years, she said one thing instantly comes to mind.

“His smile,” Martinez said Thursday with very little hesitation. “He was always happy and always smiling.”

What makes that revelation — one that was repeated by Naomi Cordero, Nathan’s mother — particularly profound is that Nathan had plenty of reasons not to smile.

Nathan was born in 2007 with a genetic disorder and was diagnosed at 5 years old with Wilms’ tumor, a rare kidney cancer that typically affects young kids.

Despite several treatments, the cancer spread in Nathan’s body and was declared terminal in October.

On Jan. 8, Nathan died at his Lompoc home. He would have celebrated his ninth birthday Feb. 5.

Despite the difficulty of all they have gone through over the past several months, members of Nathan’s family said Thursday that they have been inspired by the way the local community rallied around Nathan, both in life and in death, and are proud of the mark Nathan left.

“The community here has just been so amazing with the way they’ve been giving and reaching out,” said Deborah Cordero, Nathan’s grandmother. “People say a lot of bad things about Lompoc, but there’s nothing bad about Lompoc.”

The first example of that widespread community support occurred in the fall.

Martinez, who teaches a self-contained special education program at Los Berros, had taught Nathan every year since he was in kindergarten.

When Nathan was too ill to attend school, Martinez would visit him at home and in the hospital.

With Nathan’s condition worsening late last year, Martinez said she sent a letter to administrators at Los Berros about collecting food and other donations for Nathan’s family.

“Almost every school donated something. (Nathan’s) mom and I were absolutely in shock how people who didn’t even know Nathan were going out of their way at Christmastime to do such a kind thing for another family.”

The donations didn’t stop there.

Martinez said the Lompoc Unified School District Transportation Department raised money for the family, a local Girl Scout troop dropped off food and several people dropped off toys, clothes and other items for Nathan and his family.

Naomi, Nathan’s mother, also started a fundraising campaign at GoFundMe.com — it is still active at www.gofundme.com/3ggm6cpm — on Dec. 28 to help with Nathan’s end-of-life costs.

“I was really surprised,” Naomi said of the donations. “I did not think it was gonna go that high. I knew there were a lot of caring people, but I didn’t think this would go as far as it did.”

While Naomi said she, too, will most remember Nathan’s smile, she also fondly recalled his high energy and enthusiasm — traits that he showed during a surprise visit in 2013 from officers with the San Luis Obispo County Sheriff’s Office, and traits that stayed with him almost until the end.

She said it’s because of that side of Nathan that she decided against a typical funeral and will instead hold a private celebration of life ceremony on Saturday.

“I didn’t want to do anything at the mortuary or cemetery, because it’s just too depressing,” she said, noting that Nathan has been cremated. “That wasn’t who Nathan was. He was energetic and outgoing and happy.”

Naomi said that accepting Nathan’s fate was one of the hardest moments for her.

After having a kidney removed in 2013, Nathan was in remission for several months and Naomi said she figured he was on the road to a full recovery.

When he went back in for a checkup, however, it was discovered that he had six tumors and that the cancer had spread to other organs.

After rounds of chemotherapy and radiation, and facing few options, the family took Nathan to Orange County to participate in a medical trial.

When test results there found that one of his tumors was growing, he was no longer able to participate.

“That was our last option,” Naomi said.

It wasn’t long after that Nathan was placed in hospice care.

“It was really hard,” Naomi said. “I felt like I was giving up. We tried to see if there were other options, but there weren’t. It was just really hard to face the fact that this was gonna happen. Even through everything, I kept thinking he would get better.”

With very little hope remaining for Nathan’s survival, Naomi brought him home so he could be with his sisters, 11-year-old Nevaeh and 9-year-old Yvone, and 3-year-old brother Adrian, and other family.

“He spent too much time in the hospital during his treatments and stuff, so it just wasn’t fair to make him stay there any longer,” Naomi said. “It was better for him to be here with us.”

Martinez, whom Naomi and her mother said is considered family now and more than just a teacher, was with Nathan about an hour before he died.

“It was devastating,” she said of watching his decline. “Absolutely devastating. I loved that little boy.”

As tough as this all has been, Naomi said she is at least comforted by the realization that Nathan’s anguish has ended.

“I don’t want to sound bad, but it is kind of a weight off my shoulders because I don’t have to worry about him suffering or worry about him coming home and then having to go back (to the hospital) and be in pain and go through everything again and be miserable, or having to grow up constantly on medications and in and out of the hospital,” she said.

After spending much of the past few months in the hospital, 6-year-old Lompoc resident Nathan Mendoza was back at home Thursday when there was…

Nathan Mendoza, 8, who lost his battle with cancer last week is shown in a photo held by his mother, Naomi Cordero, with siblings Yvone, Nevaeh and Adrian and father figure Octavio Miranda, background.

Nathan Mendoza, 8, who lost his battle with cancer last week, is shown in an undated picture.