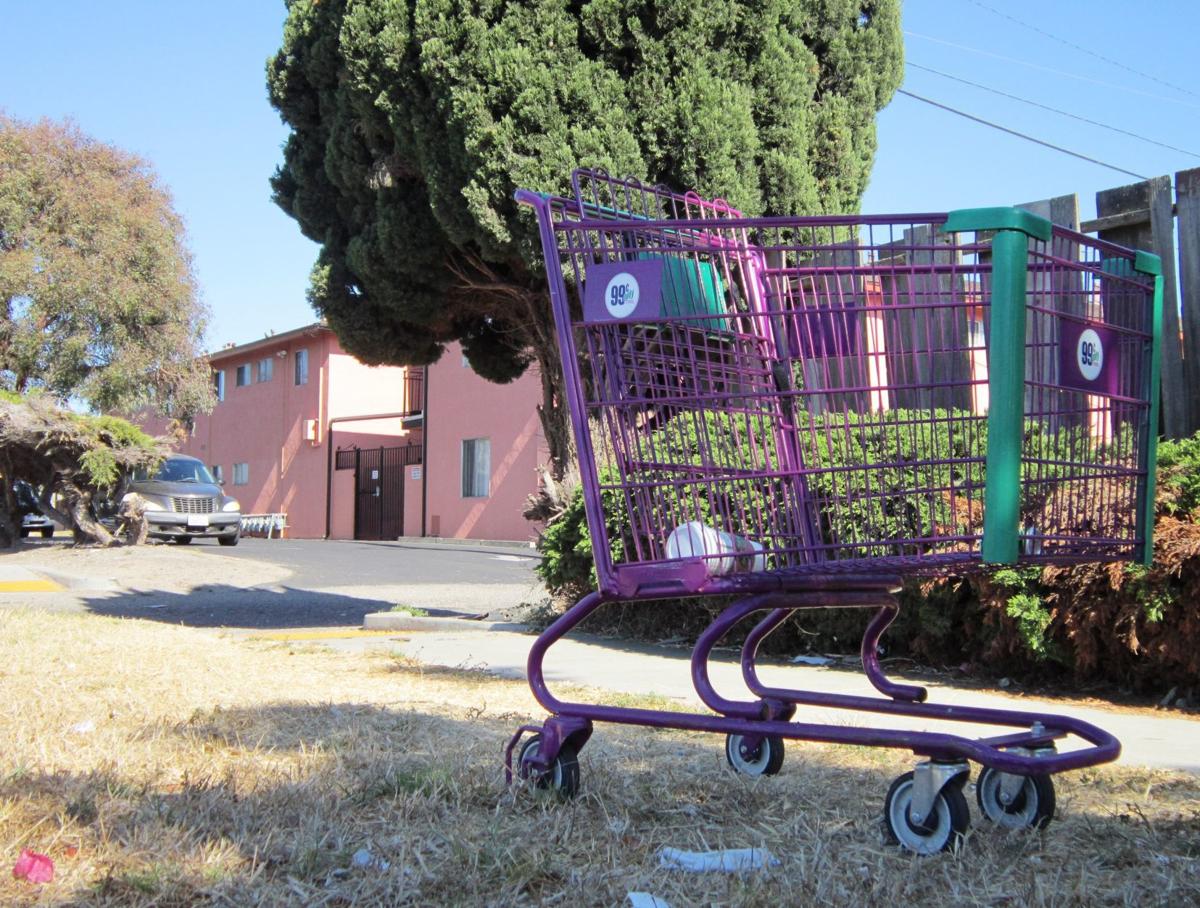 A shopping cart is left abandoned with trash in it Friday near an apartment building on East Pine Avenue. The city is considering an ordinance that aims to cut down on abandoned carts. 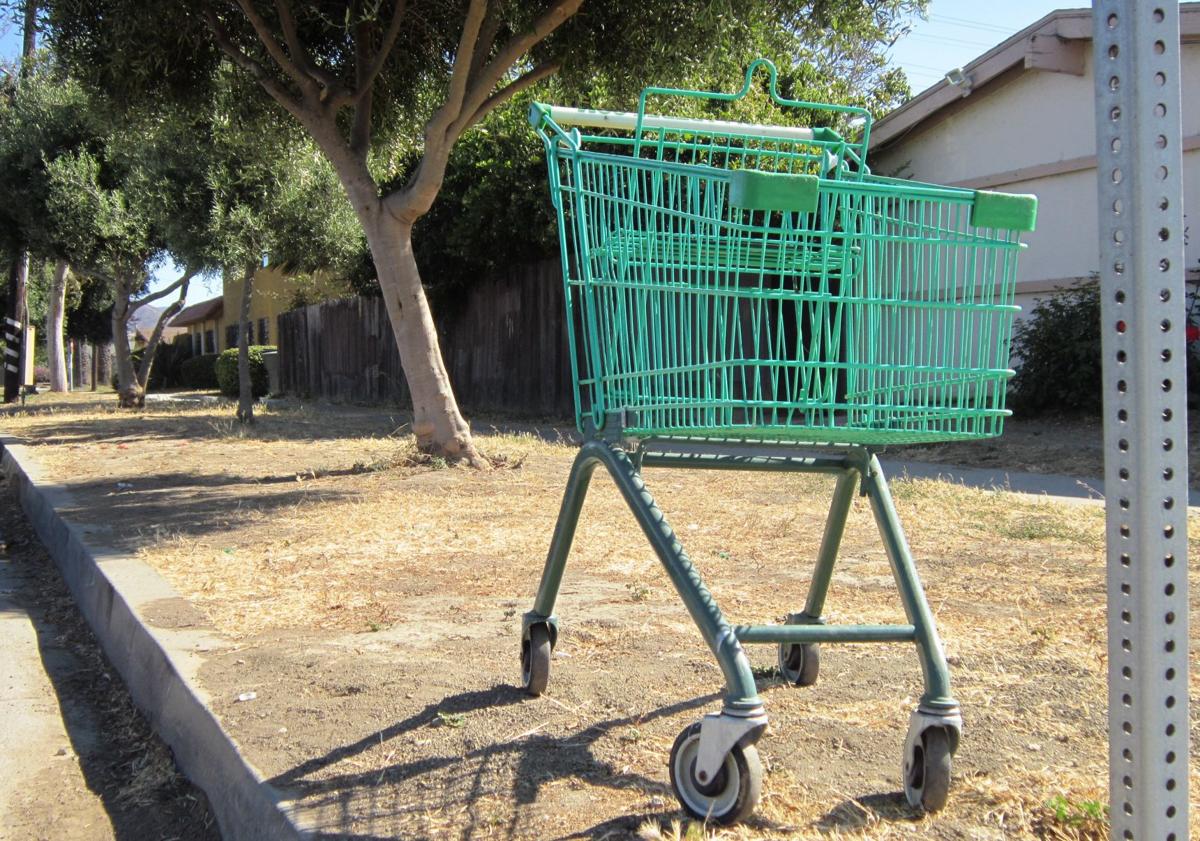 A shopping cart is left abandoned Friday near a home on North D Street. The city is considering an ordinance that aims to cut down on abandoned carts.

The number of abandoned shopping carts located in and around Lompoc could soon be on the decline.

The Lompoc City Council on Tuesday night approved the first reading of a new city ordinance that aims to cut down on the discarded carts, which were deemed by city staff as a growing problem.

The ordinance, which will be brought back for a second reading and possible adoption at the council’s Aug. 2 meeting, was approved 4-1. Councilman Dirk Starbuck provided the lone dissenting vote.

Before voting, the council members questioned City Manager Patrick Wiemiller about several aspects of the ordinance, which will require that businesses with carts develop and implement cart retrieval plans or be subject to fines that can reach as high as $1,000 per violation.

That the ordinance puts the onus for the cart problem on the businesses rather than whoever is removing the carts from the businesses concerned Councilman Jim Mosby.

“I believe some of the burden is on the people who are taking the carts, and we seem to be dodging that significantly in this ordinance,” he said.

Wiemiller argued that the ordinance as written was the most effective way — cost and otherwise — to address the issue.

“There are definitely some social aspect pushbacks that occur if we start targeting our enforcement on the person in possession (of the cart) as opposed to the owner of the cart,” he said.

Bringing potential fines upon the business owners would cause those owners to be more proactive about retrieving and/or securing their carts, he added.

“One of the things we’ve found when we do have cart-owner indifference, it’s because they might consider the cost to spend to go about retrieving their carts is not enough to move them toward being active in that area,” Wiemiller said.

The council’s motion to move forward with the ordinance included a caveat that city staff meet with representatives of local businesses that have carts between now and the Aug. 2 meeting. A list of the businesses that are contacted also must be provided to the council.

The ordinance, according to the city, was drafted after city staff reviewed more than 30 different shopping cart-related ordinances from other cities. City staff also reviewed a presentation from California Shopping Cart Retrieval Corporation, which the city says contracts with 12 local businesses to retrieve lost or abandoned shopping carts from neighborhoods.

“We were trying to take an approach that is a balance where we still try to be business-friendly about this and bring about business accountability,” Wiemiller said.

Also at Tuesday’s meeting, the council voted 5-0 to authorize $136,769 for the purchase of computer storage hardware and software to correct deficiencies identified in the city’s public safety computer systems.

The funds would be used for a new 178-terabyte computer server and related software and infrastructure materials that would support services such as storage of police dash camera video.

The city’s public safety servers — there are currently two — are separate from the city’s other storage servers.

A shopping cart is left abandoned with trash in it Friday near an apartment building on East Pine Avenue. The city is considering an ordinance that aims to cut down on abandoned carts.

A shopping cart is left abandoned Friday near a home on North D Street. The city is considering an ordinance that aims to cut down on abandoned carts.