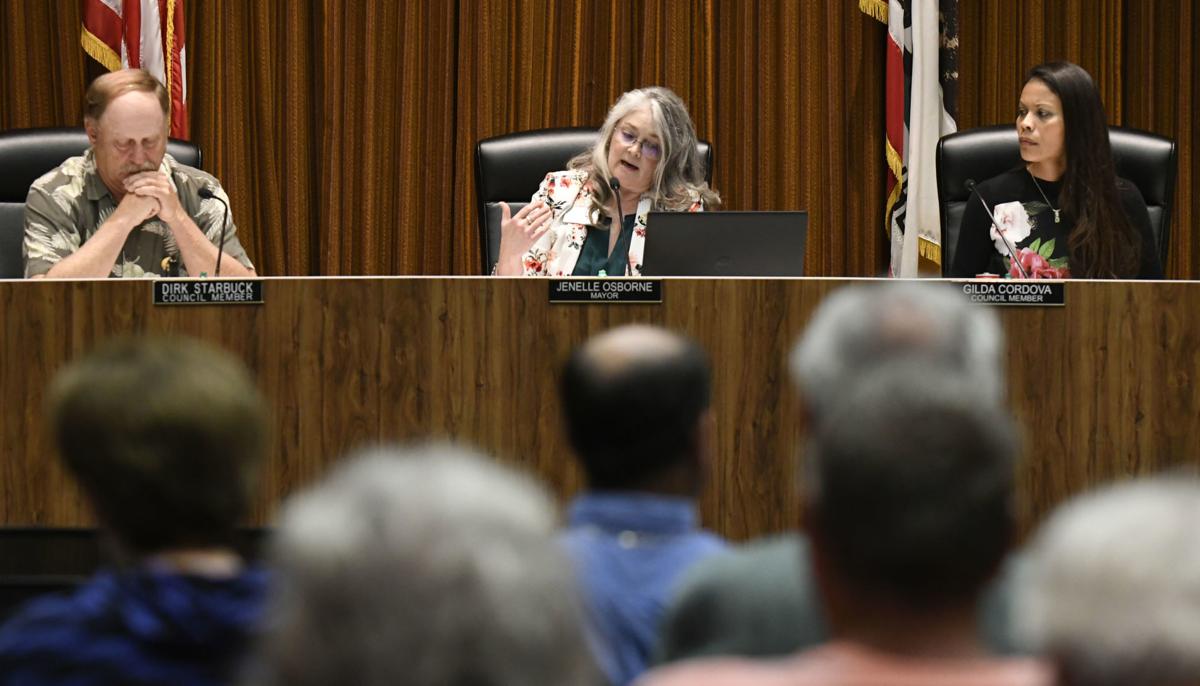 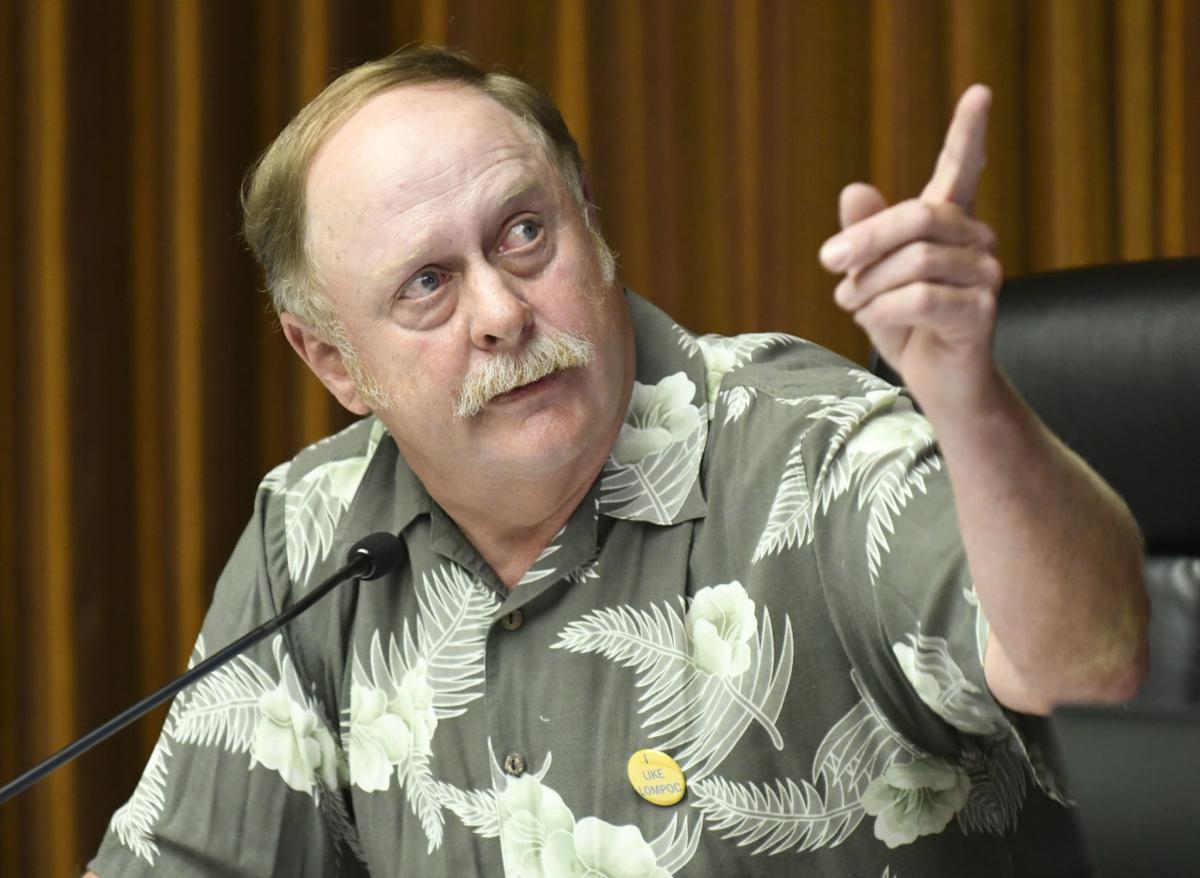 After three months of discussion and debate, the Lompoc City Council adopted the city’s next budget on Monday night — though not everyone was satisfied with the result.

The governing body voted 4-1 during Monday’s special session to adopt a 2019-21 biennial budget (the full draft is available as an attached staff report here) that is heavy on cuts, including the elimination of several positions. The adopted budget does not include any projections from a potential sales tax increase, which had been recommended by city staff and many members of the public as a way to generate additional revenue. The council did discuss parameters for a ballot measure to increase the city’s sales tax, however, and made plans to further review those options at a future meeting.

Mayor Jenelle Osborne was the most vocal critic of the budget that was ultimately adopted. Osborne, who provided the lone no vote, had spoken out against cutting positions at past meetings. On Monday, she raised some of those same concerns and took particular issue with the fact that the budget was balanced by taking about $300,000 from the city’s reserves.

“While those around you may call it a balanced budget, it is not,” she said. “It is a deficit budget, because we should not be using general fund reserves to cover operating costs.”

Some of the significant staffing cuts in the budget, which is set to take effect July 1, include the removal of: a battalion chief from the Lompoc Fire Department, a water resource engineer from the utilities department, and five full-time and one part-time position in the community development division.

The budget also calls for the removal of the city’s public information officer, along with the addition of a grant writer. Other full-time staffing additions include: a water resource specialist, a building inspector and a plan checker. The latter two positions are currently filled by contracted workers, according to city staff.

The motion to adopt the budget was made by Councilman Jim Mosby, who played a prominent role in its makeup. Mosby’s motion also included having 3% reductions in utility rates continue for residents, and to give the city manager added flexibility to reconfigure the positions that are being eliminated.

City Manager Jim Throop said he will plan to give affected employees a 30-day period during which he will work with them to see if their skillsets will allow for them to move into positions that are currently open.

After the vote to adopt the budget, three community members expressed disappointment in the direction the city was headed.

Also raising concerns was Lompoc Fire Chief Gerald Kuras, who defended the need for the battalion chief/fire marshal position that is set to be eliminated.

Displaying signs that carried messages such as “Votes Not Cuts” and “Services and Safety over Dictatorship and Bankruptcy,” dozens of Lompoc community members rallied in front of City Hall on Tuesday evening in an effort to get a sales tax increase put on a future ballot. The demonstration was held prior to Tuesday’s regular meeting of the Lompoc City Council, and continued a debate that has carried on for parts of two years inside City Hall.

“Without that position, we’re putting the whole city in jeopardy,” he said before asking the council to "take a second look" at the move.

At the request of Councilwoman Gilda Cordova, Throop acknowledged that he will have the discretion to reconfigure the fire department staffing to potentially save the position.

Cordova also raised concerns of her own with aspects of the budget.

She suggested that the series of cuts may be at odds with the City Council’s stated goal to have fully staffed public safety departments and said she would have liked to have given the city’s utility commission a chance to review the document before adoption.

“I don’t feel we’re doing that,” she said of that top goal about public safety, “but … in the spirit of compromise, I think that we are moving forward tonight and I would hate to hold back [the process].”

With Monday’s vote, the budget adoption will meet the state’s June 30 deadline, a target that was extended several times during the process to adopt the current biennial budget in 2017.

Up next for the council will be a discussion about the potential 1% increase to the city’s 7.75% sales tax.

The council majority had expressed its desire several times this year to adopt the budget before beginning talks about any sales tax increase.

On Monday, Councilman Dirk Starbuck led a presentation with city Finance Director Dean Albro in which Starbuck recommended moving forward with putting a special tax measure — which means it would require 67% approval from voters, rather than a simple majority — before voters that would also include some rebates meant to offset the potential hardships that the tax could impose upon Lompoc’s significant low-income population.

He suggested that the tax should sunset, or conclude, in either 10 or 15 years. The sunset could impact potential savings in interest on the city’s obligation to CalPERS, the state’s pension system that has largely been pointed to as a cause for the city’s current budget crisis.

The council voted unanimously to have staff prepare a report on aspects of the ballot measure, including cost breakdowns specific to 2019 and 2020 election dates, and bring that information for review at a future meeting.

The next regular meeting of the Lompoc City Council is scheduled for 6:30 p.m. Tuesday, July 2.

The city of Lompoc’s budget discussions kicked off in earnest Wednesday night as city department heads detailed the ways in which cuts could negatively impact the community, and at least one City Council member called for slashing the salaries of city administrators. Wednesday’s workshop was the City Council’s first full meeting dedicated solely to the city’s 2019-21 biennial budget, which is facing a deficit projected at nearly $4 million. Community members filled the council chambers for the four-hour meeting, which ended in an impasse with council members giving direction for staff to compile further data to present at a future budget meeting.

Lompoc Fire Chief Gerald Kuras said Friday that his department did not receive any calls about fires on Thursday evening, and there were no immediate reports of injuries caused by fireworks. Kuras also noted that fire department personnel did not issue any citations for illegal fireworks.

As the city of Lompoc continues to deal with budget cutbacks, the Lompoc Chamber of Commerce is inviting community members to take part in a luncheon titled, “Let’s Talk Sales Tax.” The event is scheduled to begin at 11:30 a.m. Thursday, July 18, at the Hilton Garden Inn, 1201 North H St.

The Lompoc City Council will hold a special meeting Thursday, Aug. 22, to discuss whether or not to put a sales-tax increase before voters.

City of Lompoc to explore formation of nonprofit, remove anonymity for some complainants

The Lompoc City Council agreed Tuesday to have staff explore the formation of a nonprofit organization to help fund city projects, and the governing body also approved a change to the city’s code-enforcement complaint process that will strip away anonymity for certain complainants.

After nearly six months of public discussion and debate, the Lompoc City Council voted unanimously Thursday night to give Lompoc residents an opportunity to decide — via the ballot box — if they would like to raise the local sales tax in an effort to boost the city's flagging revenue.

The Lompoc City Council voted 5-0 to declare a fiscal emergency, a move required by the state in order to put a measure on a special ballot, and also unanimously approved ballot language and allocated $25,000 to pay for a 1% sales tax increase to go on the March 3, 2020, state primary ballot.

One dog’s animosity toward a mail carrier has led to the suspension of mail delivery for dozens of homes in a northwest Santa Maria neighborhood. The suspension began June 6 after the dog charged at a United States Postal Service carrier who was delivering mail to a neighboring home, according to Postal Service spokeswoman Meiko Patton.