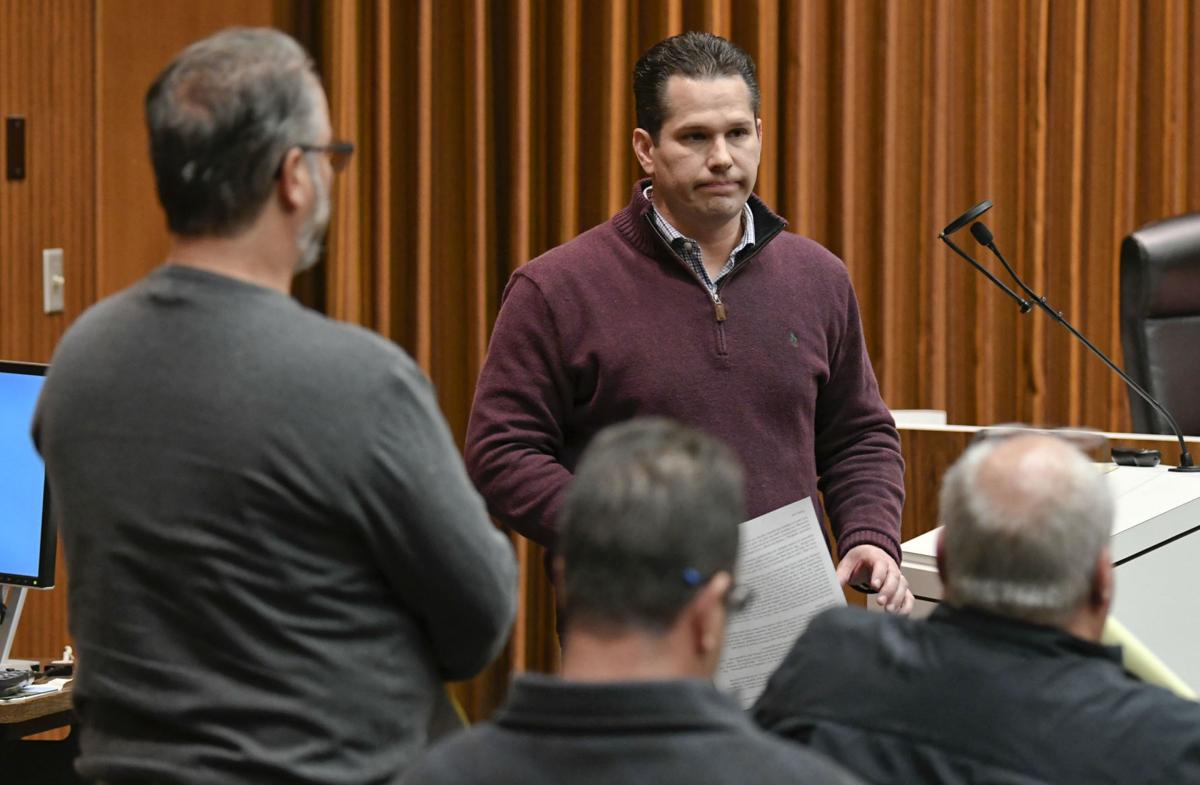 Lompoc resident Robert Traylor leaves the microphone as others wait to speak about the city's cannabis map Tuesday night during the Lompoc City Council meeting. 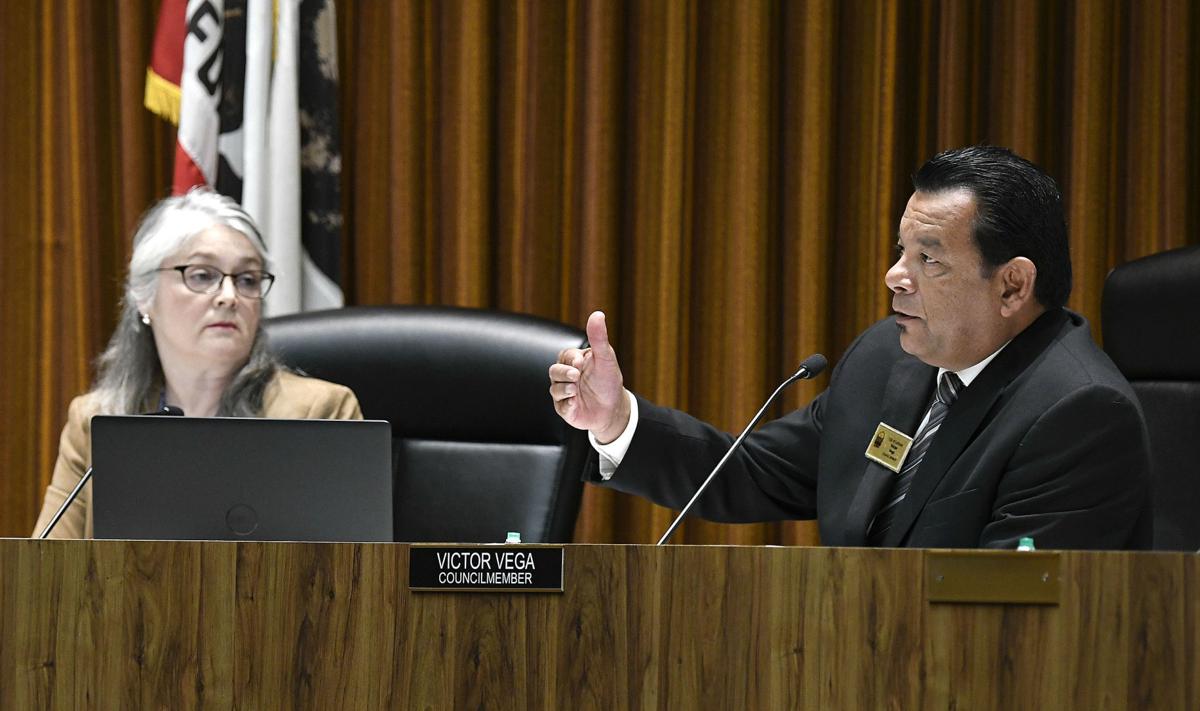 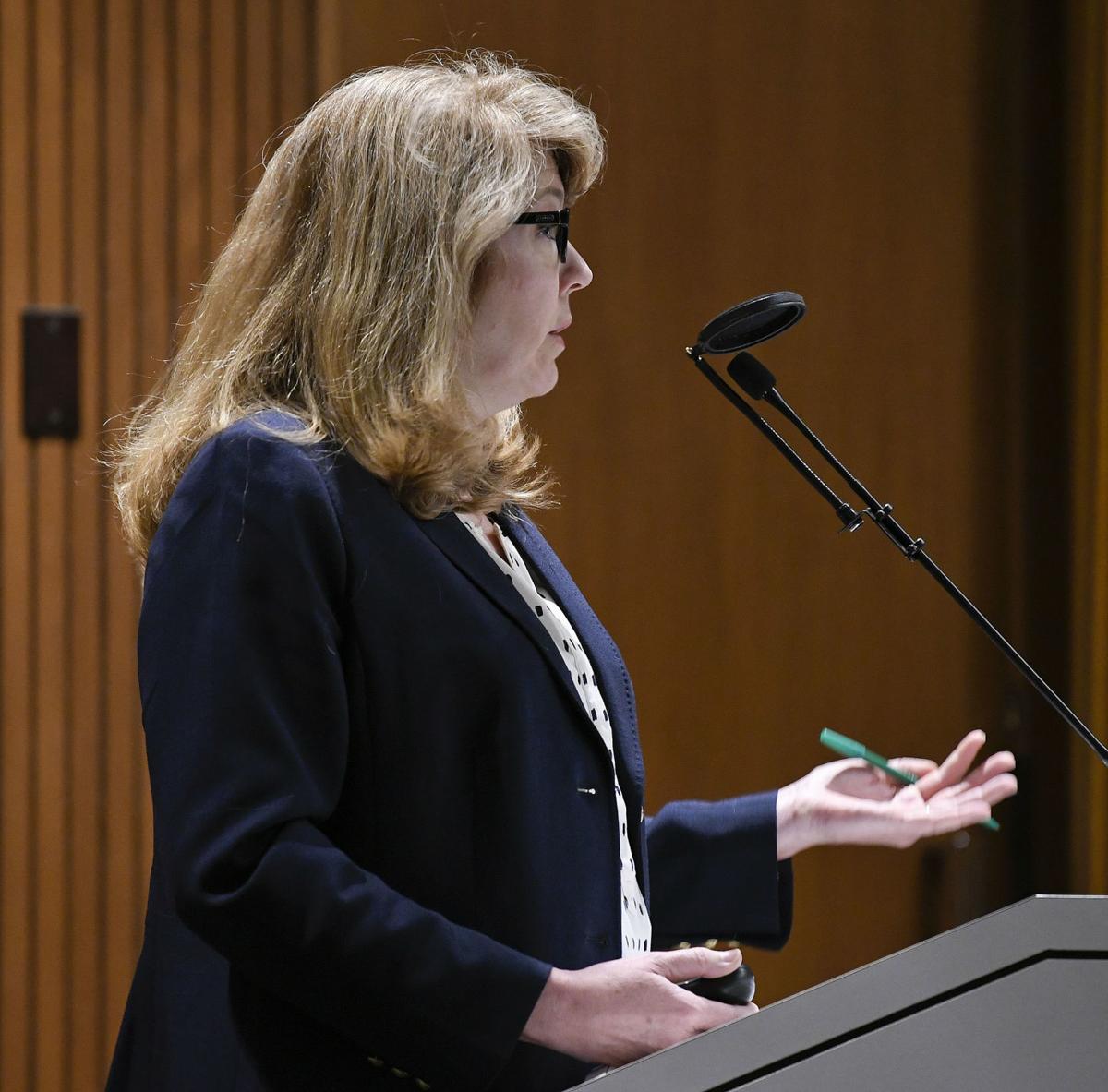 As the city of Lompoc moves closer to beginning its application process for potential cannabis business owners, the City Council voted Tuesday night to give those proprietors a chance to operate in one of the city’s prime locations.

The council voted 4-1 to amend its cannabis ordinance to allow marijuana operations in the city’s Old Town Commercial District. Mayor Bob Lingl provided the lone vote against the move, which will open the city’s downtown — roughly the area from Chestnut Avenue on the north to Cypress Avenue on the south, and F Street on the east to J Street on the west — to the commercial marijuana industry.

The council had initially voted to allow retail cannabis in mixed-use zones during its Feb. 6 meeting, but the conversation moved to the Old Town Commercial District, specifically, on Tuesday after city staff determined that much of Old Town would still be excluded due to the presence of dance studios in the area. Those studios fit the definition of “youth centers” as outlined in Proposition 64 — the Adult Use of Marijuana Act, passed in 2016 — according to city staff, and therefore would require a 600-foot exclusionary buffer around them.

The council, however, decided that it would still allow cannabis businesses in the Old Town district, and determine later how it would like to categorize dance studios in relation to the city’s cannabis exclusion map.

Despite that decision to open up Old Town to marijuana commerce, members of the council and City Attorney Joe Pannone acknowledged that other potential barriers could come up and that the map that was used during Tuesday night’s discussion could still be changed further, with more exclusion zones, in the future.

“As we get new information, we change things,” Pannone said. “I won’t be surprised if, when we start getting applications, we may find some other use that’s (near the desired location) that we weren’t thinking of until we actually saw the application. I understand the frustration that causes, but that’s where we are.”

Frustration related to the city’s oft-changing cannabis zoning maps was expressed by a handful of speakers at Tuesday’s meeting.

Robert Traylor, a Lompoc resident and attorney, encouraged the city to be more transparent by including names and addresses on each map of each business that causes a buffer zone, as well as explanations of the city’s rationale for applying each buffer.

Currently, the city does not list the addresses and reasoning for each exclusion zone. That decision was made consciously, Pannone said, in an effort to not publicly name every business involved since many of them deal with children.

Lompoc resident Joe A. Garcia, who has been outspoken in support of the cannabis industry in Lompoc since 2016, said he felt the city was opening itself up to potential litigation by not formally outlining what exactly causes each exclusion zone.

Former Lompoc Mayor John Linn, who said he wouldn’t allow cannabis businesses to operate on any property he owns, also advocated for clearly defined zones as a matter of fairness to potential cannabis operators.

Near the end of Tuesday’s meeting, Councilman Victor Vega made a council request that the governing body discuss what exactly defines a “youth center” in Lompoc.

The definition for “youth center” in Prop 64 is the same as used in the state’s Health and Safety Code. According to that definition, a “youth center” is “any public or private facility that is primarily used to host recreational or social activities for minors, including, but not limited to, private youth membership organizations or clubs, social service teenage club facilities, video arcades, or similar amusement park facilities.”

Pannone said that city staff made its own determinations on what fit that definition, and, upon questioning, acknowledged that no organization, aside from one church, had reached out to the city in an effort to be considered a “youth center.” He said the city did its own investigations into what businesses or organizations met the appropriate criteria, including the four dance studios listed by the city.

Vega’s request received support from council members Jim Mosby and Jenelle Osborne. It is expected that the “youth center” discussion will take place at the council’s next regular meeting on March 6.

In other cannabis-related news, Acting City Manager Teresa Gallavan announced at the start of Tuesday’s meeting that the city was anticipating that it would roll out the application process for cannabis businesses by March 1. A public workshop, she said, is planned for March 5 to discuss the process. She said more information would be provided in the coming days.

On Dec. 5, the council directed city staff to terminate the Memorandum of Understanding, or MOU, that the city had entered into with the project’s organizing committee, which falls under the Lompoc Valley Parks, Recreation and Pool Foundation. At that meeting, the door was left open for a new MOU at some point in the future.

Gallavan said the city was still engaged in discussions with the committee, which is chaired by Linn, and that last month the city returned $7,656 of unused funds to the foundation.

Still at issue for the project, which is being proposed for land at the Lompoc Airport, is its potential conflicts with Skydive Santa Barbara, which also operates on the airport property. The Federal Aviation Administration, or FAA, has indicated that aeronautical uses at the site cannot be displaced by non-aeronautical uses, Gallavan said.

She said that discussions are continuing, but she noted that foundation leaders have indicated in those discussions that if the city is unable to reach the same conclusions as the foundation regarding the skydive landing zone, among other matters, then the foundation may engage its attorney and FAA consultant “to handle the matters.”

Still, she said, the foundation has indicated that it plans to submit a new draft MOU to the city ahead of the March 6 city council meeting.

The city of Lompoc has launched a commercial cannabis webpage and will begin accepting retail cannabis license applications starting Thursday.

Just four weeks after the Lompoc City Council decided to place no-cannabis buffer zones around the city’s dance studios, the governing body re…

Lompoc City Councilman Jim Mosby, who is at the center of the city’s decision not to categorize dance studios as youth centers in relation to …

Lompoc resident Robert Traylor leaves the microphone as others wait to speak about the city's cannabis map Tuesday night during the Lompoc City Council meeting. 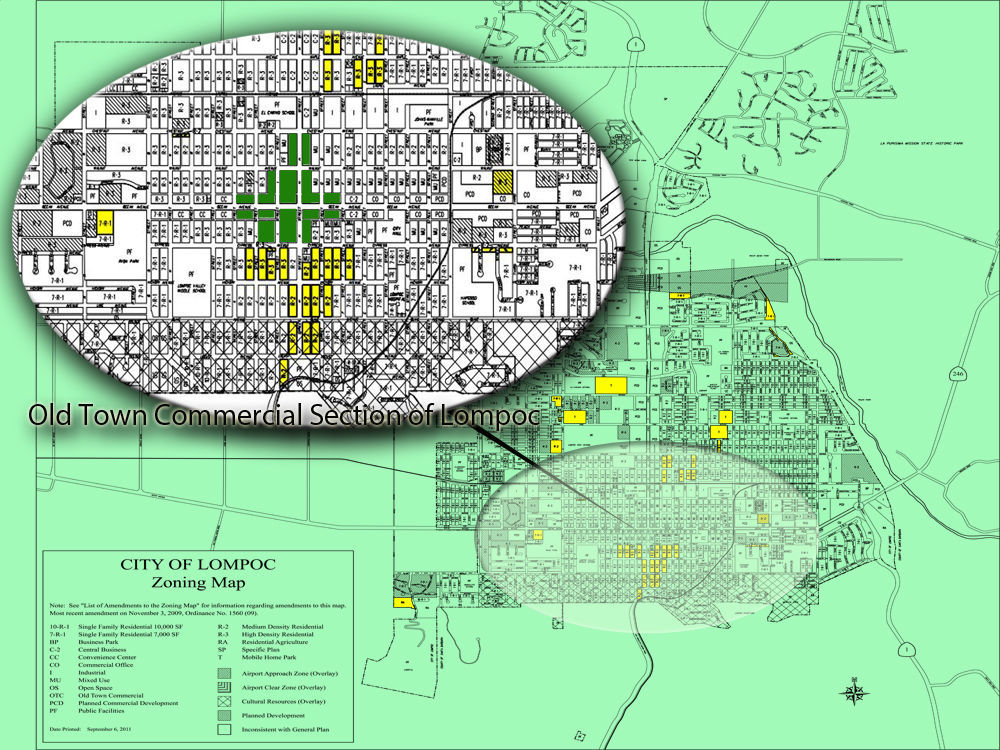