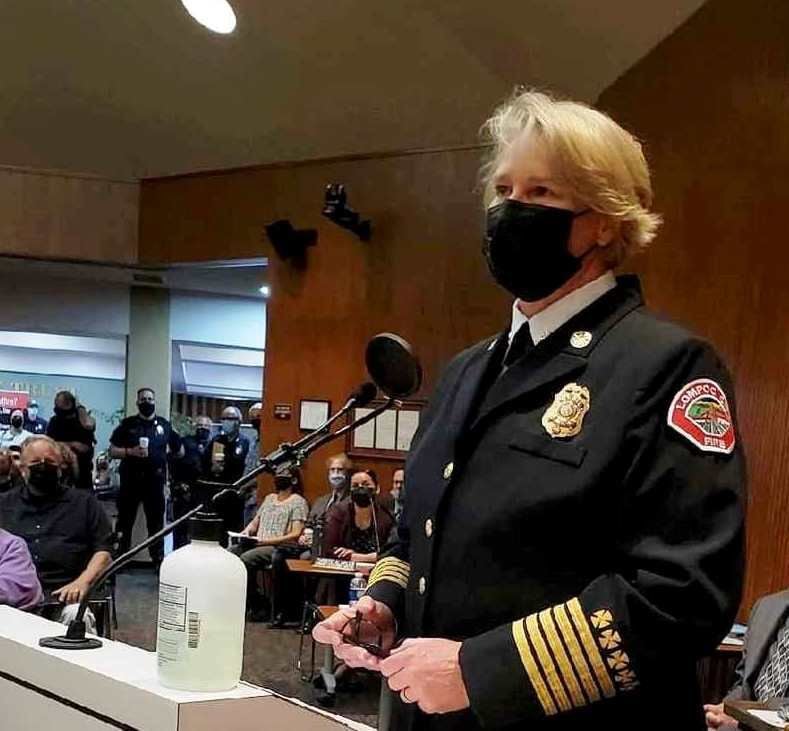 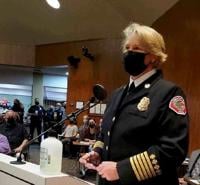 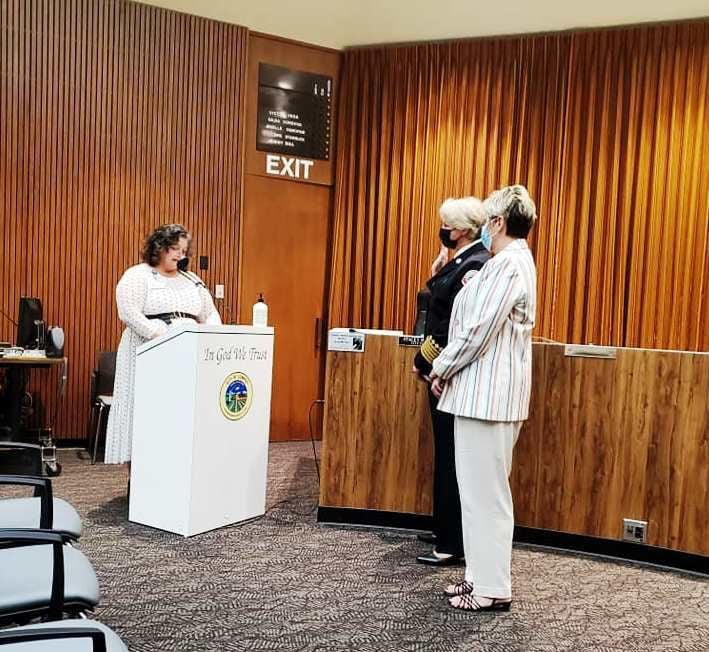 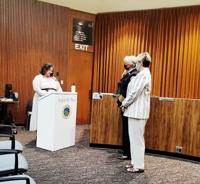 Lompoc Fire Chief Alicia Welch is sworn in Aug. 17 by Lompoc City Clerk Stacey Haddon with wife Rita Sommer by her side. 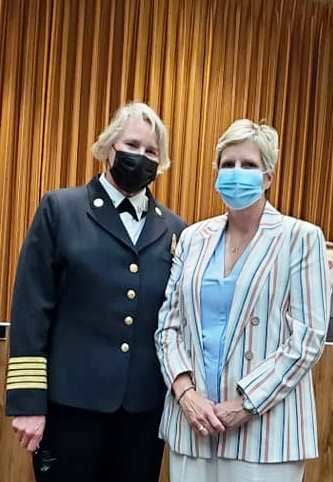 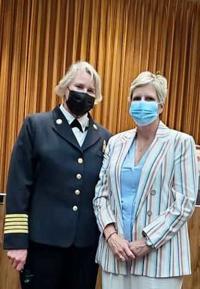 Lompoc Fire Chief Alicia Welch is sworn in Aug. 17 by Lompoc City Clerk Stacey Haddon with wife Rita Sommer by her side.

The Lompoc City Council officially welcomed Fire Chief Alicia Welch into the fold with a swearing-in ceremony at the Aug. 17 council meeting.

The ceremony was followed by a break for a social time in council chambers before the council returned to address the remaining agenda.

“I don’t take the role of being fire chief lightly,” Welch said.

Welch added that she recognized the importance of serving as a role model, particularly as a woman in the field, and thanked other fire professionals who have served as her mentors, her parents and her wife for their support throughout her career.

The search for the Lompoc Fire Department’s new chief ended with Alicia Welch, who will be sworn-in during a badge-pinning ceremony at the City Council meeting on Aug. 17.

Welch, a veteran fire service professional with 29 years of experience in firefighting, was the fire chief for the city of Golden, Colorado, from November 2018 until this summer. Previously, she served in various capacities with the Los Angeles City Fire Department between 1990 to 2017, rising in ranks from firefighter to battalion chief.

She holds a bachelor’s degree from Cal State University, Long Beach, and a master’s degree in homeland security from the Naval Postgraduate School, and said she chose Lompoc for its values of “humility, customer focus, teamwork, professionalism and family.”

“All these core values I’ve been living and striving for my whole career, they have those same values here, and it’s a department that is full of great people,” Welch said.

The council approved Welch’s appointment to the post in June. She took the helm Aug. 9 from interim Fire Chief Brian Federmann, who has taken a position with Santa Barbara City Fire Department.

“This is a man who, for a year and a half, led a department through a pandemic, through a budget cycle, through some really big challenges, and he led with his heart. … Some of the work he was able to accomplish is really amazing … You’re going to make a great fire chief someday,” Welch said.