Pat Hubble, 88, resident of Pismo Beach, CA passed away September 11, 2019. Arrangements are under the direction of Dudley-Hoffman Mortuary, Crematory and Memory Gardens.www.dudleyhoffmanmortuary.com 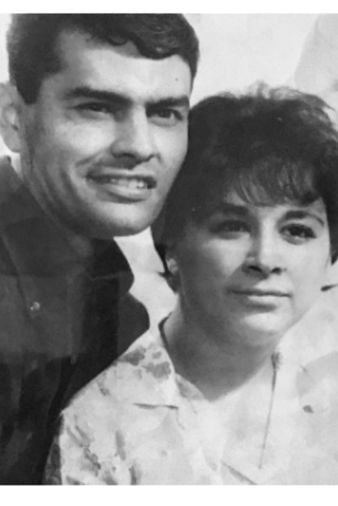 Joseph Edward Duran 80, resident of Lompoc, passed away peacefully in the presence of his family September 5, 2019. Joe loved his family and the culinary arts, a passion of which started when he was enlisted in the US Army as a chef and carried throughout his entire life. Joe enjoyed antiques and fine collectibles and was loved by the senior community he has called home for several years.

Joe was preceded in death by his wife of over 48 years Maxine Duran. Joe will be greatly missed by all. He is survived by his sister Sara Sanchez, son Edward Duran, daughters Debbie Tucker, Kathy Agate, and several very close grandchildren and great-grandchildren. The family of Joe Duran wants to specially thank Cottage Hospital of Santa Barbara for their expert care and compassion during Joe's stay.

Socorro M. Brown, 91, resident of Lompoc, passed away September 12, 2019. Arrangements are in the care of Starbuck-Lind Mortuary, Directors. www.starbucklind.com 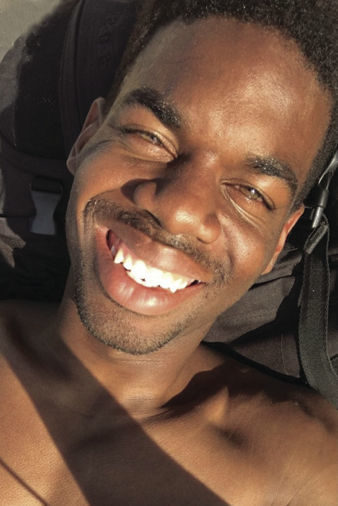 Marlon Wardell Brumfield Jr., 22, of Lompoc, California, passed away September 8, 2019. Marlon was born February 25, 1997, in St. Joseph, Michigan, to Marlon Brumfield Sr. and Lashunda Miller. He relocated to Lompoc in 2005.

Marlon graduated from El Puente High School. During his high school years, he enjoyed the time he spent playing football at Cabrillo High. He joined the United States Army in 2017 and was stationed in Germany. Marlon dreamed of being a veterinarian. He enjoyed playing video games, listening to music, reading Manga comic books and had a special love for monkeys.

A visitation will be held on Friday, September 20, at Starbuck-Lind Mortuary from 4-7 PM. A funeral service will follow at 2PM on Saturday, September 21, at True Vine Bible Fellowship. In lieu of flowers, please donate to America's Gold Star Families. 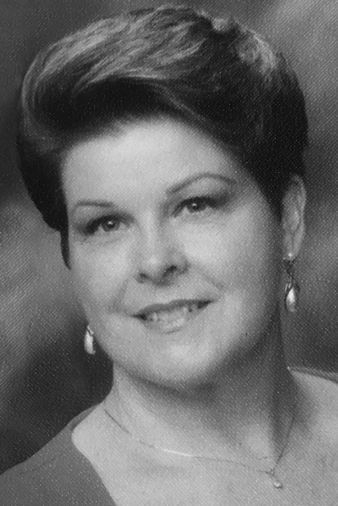 It is with a heavy heart the family of Carolyn Silva announces her passing on Friday, August 30, 2019 after a graceful and dignified battle with Alzheimer's disease.

Carolyn was born December 31, 1942 to Floyd and Verlie (Billie) Black in Guadalupe, California. She attended high school and college in Santa Maria, California where she met and married her high school sweetheart, Melvyn Silva. Their life's journey led them to Fresno, California where they proudly built a home and raised four children.

Although Carolyn's full-time job was as a mother, her beauty and artistic flair led her to additional pursuits. She consulted and modeled for John Robert Powers Modeling agency for many years. She also became the face of Polaroid Camera company for the Central Valley as the lead demonstrator. After Carolyn's children grew up and became more independent, she started her final career as a barber.

Carolyn enjoyed crafting, painting, and attending Fresno State sporting events. She was an avid Red Waver, travelling to many out of state trips to watch her Bulldogs in action! Some of Carolyn's happiest times where spent lounging at the coast. She enjoyed the black sand beaches of Tahiti, the islands of the Caribbean, and the aqua blue gulf of Cancun, Mexico. The annual excursions to the Maui and Cayucos beach houses hold very cherished memories of Carolyn for the entire family.

We would like to extend much appreciation and gratitude to the entire staff at Somerford Place. Their compassion and patience will not be forgotten. In lieu of flowers, we ask that donations be made to the Alzheimer's research organization in Carolyn's name at 550 W. Alluvial, Ste 106, Fresno, CA 93711. 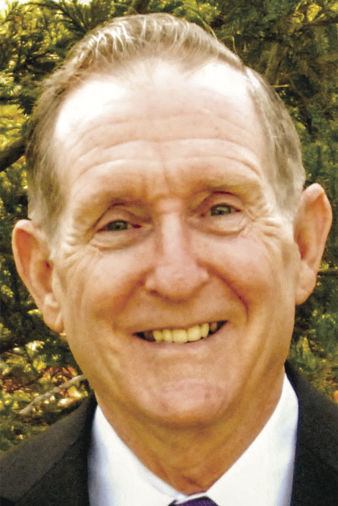 John “Jack” Hughes of Santa Maria, California passed away peacefully on Saturday morning September 7, 2019 at the age of 77.

Jack was born to Margret (Dugan) and John Hughes in Riverside, New Jersey on October 22, 1941. He enlisted in the US Air Force in 1962 and married his wife Marie (Nurthen) in May 1967. He began his military service at Patrick AFB, Florida, and completed his 20-year career at Vandenberg AFB, California. Jack continued to work in the aerospace industry at VAFB as an electronics technician for another 20+ years, including 2 years at a satellite tracking station in Thule, Greenland.

Jack is preceded in death by his parents and survived by his wife of 52 years, Marie, his sons John Hughes (Jennifer Magidson), Tim Hughes, and Dave Hughes (Kat Hannah), his daughter JoAnne Plummer (Joe Plummer), his brother Ed Hughes, and his beloved grandchildren Samantha Hughes, Micaela Plummer, and Matthew Plummer.

Arrangements are in the care of Magner-Maloney Funeral Home and Crematory. Sympathy notes and words of support may be expressed at www.magnermaloney.com. 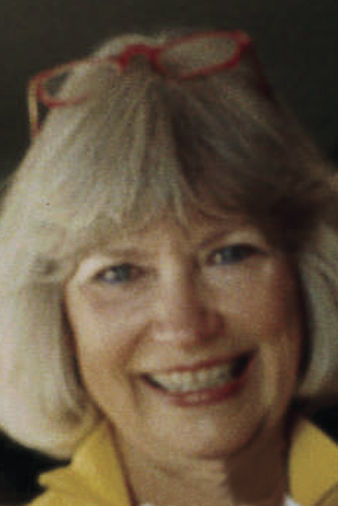 With sadness we announce the death of Diane Evelyn Thompson from natural causes at the age of 84. She passed away in the early morning hours of August 22nd surrounded by family.

Born Diane Evelyn Finrow on November 4 1934 in Walla Walla WA, she was the youngest of five siblings born to Alice and Vernon Finrow. In 1938 the family moved to Seattle WA. Where she went to school, graduating from Roosevelt High School in 1952. While attending Seattle Pacific University in 1954 she met Jerry Thompson and they were married in 1956.

For the next twenty years she devoted all her love and attention to family. She helped and supported Jerry as he created and ran a nationwide commercial real estate development company, while making sure that her boys were happy and thriving. In 1971 the family moved to Montecito CA.

After the last of her sons was off to college she accepted a modeling contract with the LaBelle modeling agency. Friends she made in that line of work lead to an even more fulfilling decades long career in the travel business, first as an agent for “Ask Mr. Foster” travel agency in Santa Barbara and then “Viking travel” in Solvang. This was a job that fit her personality perfectly. While she liked to travel, she genuinely loved meeting new people and hearing their life stories. She had a gift for engaging with people. Whether you met her on cruise ship, a bus trip across Europe, or at the agency desk, what might normally be a brief encounter between strangers would result in hours of conversation.

In the mid 1980's she and Jerry bought a ranch in the Alisos canyon area where they planted a vineyard and raised cattle along with their son David and his wife Lisa. With the rest of the family nearby, including three grandchildren, she took great pleasure in hosting countless family gatherings and holidays over the last 30 years. During these years she and Jerry continued to travel the world, while also buying a residence in her childhood home of Seattle where they spent months each year with family and friends.

She was a talented painter in her later years, and a voracious reader.

She is survived by her husband of 63 years Jerry Thompson, son David Thompson (Lisa} of walla Walla WA.,Douglas Thompson of Santa Barbara, Dan Thompson(Ana) of San Luis Obispo, and grandchildren Lucas, Logan, and Lea, as well as many nieces and nephews. In the last years of her life she was so fortunate to have the excellent professional and loving care of Leslie Martinez Romero and Evelyn Ruiz Campos, both of Los Alamos, CA

We love you and miss you mom, rest in peace.

Sarah M. Courtney, 94, resident of Lompoc, passed away September 8, 2019. Arrangements are in the care of Starbuck-Lind Mortuary, Directors. www.starbucklind.com 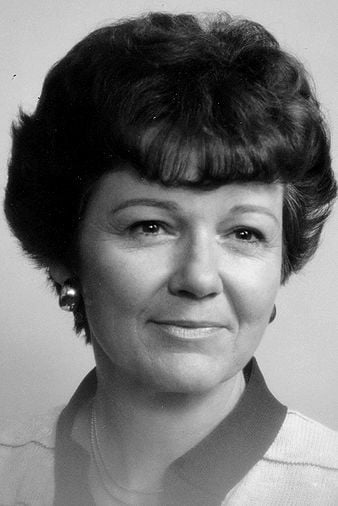 Margaret was born on Wilshire Blvd in Los Angeles, California, at a Christmas Day Party in 1924 to Walter Erwin Lewis, Sr. and Willie Fay Onstott Lewis.

As World War II broke out, Margaret worked as a tool designer at Douglas Aircraft in Long Beach, California, designing the wing jigs for the B-17 Flying Fortress, which bear her official signature. She remained there until 1946, after which she worked at various engineering and architectural firms in Palo Alto and Arcadia, California.

In 1961, she opened her own architectural firm with partner RT Maddox and a staff of 8 draftsmen. Within a few years, she designed and built Design Center in West Covina, a two-story complex housing a multitude of building trades. Her new partner, Jackson K. Walters joined her and the large staff. Nearly every year they won design awards from organizations such as American Institute of Building Design, Edison, Southern California Gas Company and multiple cities. Margaret became one of the most distinguished female architects of her era, designing over 5,000 commercial buildings, custom homes and, housing tracts throughout the western United States, Texas, Hawaii and Alaska.

In 1977, she was commission by Rich Snyder, President of In-N-Out Burger to begin the exclusive design of 28 new restaurants, along with new private residences for Esther, Rich, and Guy Snyder. During this same period, she designed the In-N-Out Burger University and the Baldwin Park company headquarters, for which she won the Los Angeles Beautiful Building Award.

Her proudest contribution to her family and community was the 300 acre housing development of Mesa Oaks in Lompoc, California. She partnered with her brother Don Lewis to develop the tract of land owned by their grandparents Lula and Frank Onstott beginning in 1964. She designed more than 300 custom homes within Mesa Oaks.

Margaret had a passion for travelling and was an active bridge player with the ACBL. She was known for her warm smile, easy laugh, and generous hosting. 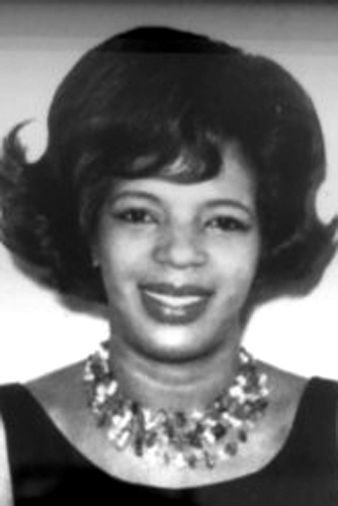 Daisy Simmons, 88, Mother and longtime care provider for over 35 years, passed peacefully on September 6, 2019, in the afternoon. Daisy, a resident of Lompoc for over 33 years, moved there from the city of Santa Barbara in the summer of 1986.

She was born in Macon, Georgia and later move to Chicago, Illinois where she met and married her husband of over 53 years William Simmons. After several years of marriage, they had a son, Anthony “Tony” Simmons.

After the major blizzard of 1979 in Chicago, Daisy decided to move to sunny California and enjoy the warm sun and beaches of Santa Barbara. After spending several years in Santa Barbara, Daisy moved her new business to Lompoc, where she operated her business for over 35 years, well into her late 80s. Daisy was a care provider and loved her clients and her profession.

Daisy was a dedicated care provider working tirelessly for her clients. She was a major advocate for developmentally handicapped and a champion for her clients' rights. Daisy was also a dedicated mother to her only son, Anthony. Daisy worked hard to see her son through grad school and Law School.

Daisy's hobby was her beautiful yard and flower garden, in which she took so much pride and joy. Daisy was well loved by her family and clients, who she loved so much. She spent every minute of the day ensuring her clients' welfare and the needs of her family.

Daisy will forever be missed by all she loved. Daisy is survived by her only Son Anthony Simmons and his wife Dawn Simmons.

A public viewing will be at Starbuck-Lind Mortuary on Thursday, September 12, from 4 to 7pm and a Celebration of Life will be held for Daisy on Friday, September 13, at 2pm at the Lompoc Church of Christ, 138 North O Street in Lompoc (www.starbucklind.com).

Edward S. Kreins, 85, resident of Nipomo, CA passed away September 7, 2019. Arrangements are under the direction of Dudley-Hoffman Mortuary, Crematory and Memory Gardens. www.dudleyhoffmanmortuary.com

Tetsuhiko Makimoto, 96, resident of Santa Maria, CA passed away September 8, 2019. Arrangements are under the direction of Dudley-Hoffman Mortuary, Crematory and Memory Gardens. www.dudleyhoffmanmortuary.com

Joe E. Duran, 80, resident of Lompoc, passed away September 5, 2019. Arrangements are in the care of Starbuck-Lind Mortuary, Directors. www.starbucklind.com

Who's your TV dad?