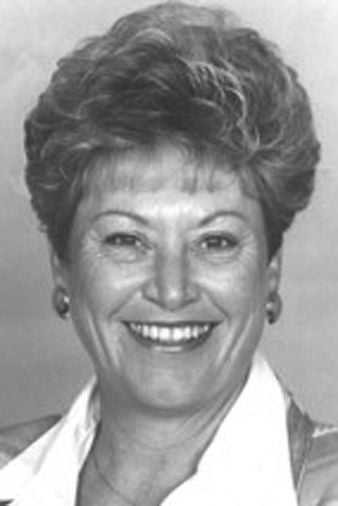 John Robert "Jack" Kain, 88, resident of Lompoc, passed away February 6, 2020. Arrangements are in the care of Starbuck-Lind Mortuary, Directors. www.starbucklind.com

Benjamin Hernandez, 53, resident of Santa Maria, passed away February 2, 2020. Arrangements have been entrusted to the care of Lori Family Mortuary, Santa Maria. 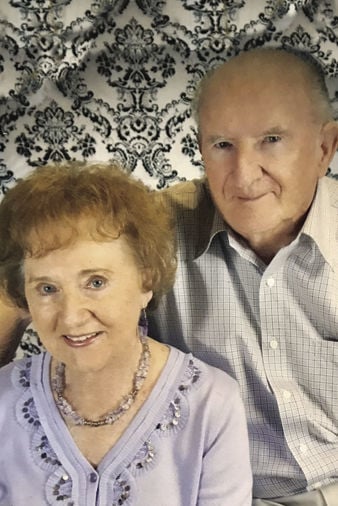 “Jack” John Kain, 88 years old of Lompoc, CA passed away on February 6th, 2020 shortly following the death of his wife Judy who had passed away only three weeks earlier.

Jack was born in San Francisco, CA on April 1st, 1931. He was in the Air Force and was stationed many different places in the US and Europe where he met his wife Judy. Jack retired in Lompoc where he was an elks member for many years. He was an avid San Francisco 49er and Los Angeles Laker fan that loved collecting sports memorabilia. Jacks other hobbies include bowling in his younger years and crossword puzzles.

Jack is survived by his son and daughter in law Kevin and Barbara Kain, daughter and son in law Karen and Jeff Taatjes,his grandchildren and their spouses Jonathan and Bailey Taatjes, Jessica and Scott McAninch, Matthew Kain and Emily Kain along with his great granddaughter Saige McAninch and all of his many friends and family.

Jack was preceded in death by “Judy” Barbara Kain who he was married to for 67 years.

In lieu of flowers, memorial donations may be sent to The Elks Lodge in Lompoc, CA.

Patricia Belle Blaschke, 94, resident of Lompoc, passed away February 12, 2020. Arrangements are in the care of Starbuck-Lind Mortuary, Directors. www.starbucklind.com

George C. Shovic, 68, resident of Guadalupe, CA passed away January 13, 2020. Arrangements are under the direction of Dudley-Hoffman Mortuary, Crematory and Memory Gardens. www.dudleyhoffmanmortuary.com

Harold John Nelson Gray, 89, resident of Lompoc, passed away February 2, 2020. Arrangements are in the care of Starbuck-Lind Mortuary, Directors. www.starbucklind.com

Elena A. "Jackie" Hertler, 72, resident of Santa Maria, CA passed away February 8, 2020. Arrangements are under the direction of Dudley-Hoffman Mortuary, Crematory and Memory Gardens. www.dudleyhoffmanmortuary.com

Millie passed away peacefully at her home in Lompoc with her family by her side. She was born in South Gate, California on March 25, 1941 to George and Jane Rodom. They moved to Solvang when she was three years old. Millie attended Solvang Elementary School and Santa Ynez High School. During her senior year she met her husband to be, Dan Dutra. Dan and Millie were married on January 17, 1959 and lived in Santa Ynez until 1999. They briefly lived in Pine Mountain Club near Frazier Park California before residing in Lompoc for the remainder of her life.

Millie worked as a teacher's aide at the Santa Ynez Grammar School, secretary for the Ballard School and finished her career as an office manager for an Avocado Grower in Goleta. She enjoyed her family, close friends and animals.

A celebration of life is planned for March 28, 2020 in Lompoc with time and place to be announced.

Be the first to know with news alerts sent to your inbox as the story breaks! Sign up:

Available whenever you are ready to read! Check out today's newspaper in E-Edition format: