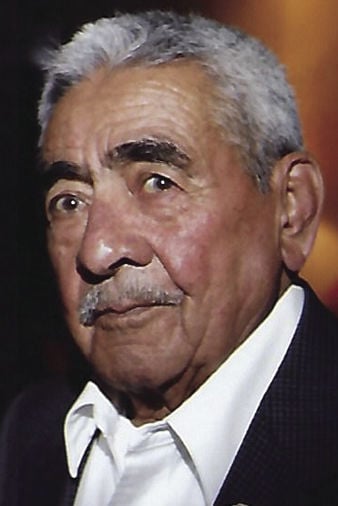 With a very heavy heart, we are announcing the passing of our beloved father, Cesareo N. Reyna, on November 25, 2019, from a lengthy illness at the age of 91.

Cesareo was born on February 25, 1928, to Anastacio and Daria Reyna in San Luis Potosi, Mexico. The second oldest of 8 children, he moved to Mexico City at a very young age, where he met Victoria, our mother. They were married for 69 years.

In 1962 they moved to Lompoc with 5 small children, where 4 more children were born. He worked at Bodger Seed Company until 2003. After retirement he lived in Buellton, then moved to Santa Maria.

He was a very hard working, dedicated, loyal person. Providing for his family and friends whenever and however he could.

He was preceded in death by Petra, Guadalupe (sisters), Gabriel, Jose, Jesus, his parents, and grandson Mario Dominguez.

Services Have Been Entrusted to the Care of

Mary Louise Verdier died peacefully at her home on November 25, 2019. She was born in Lafayette, LA to the late William H. and Fannie Cushman Cantrelle on August 13, 1925. She graduated from Lafayette High School as salutatorian and received her Bachelor of Arts degree from Southwestern Louisiana Institute where she was a member of Sigma Sigma Sigma sorority. After graduation, she worked for both the Dean of Admission and Dean of Administration on campus where she met Stanworth Verdier who was serving as Commandant of Cadets and Professor for the Air Force ROTC. They were married on May 12, 1951.

Stan and Mary Louise's Air Force career took them to Aldeburgh, England, Dayton, Ohio and ultimately to Vandenberg AFB in 1957. After leaving employment with The Boeing Company in 1965, Mary Louise enjoyed helping others in need. She was also a ‘self-taught' gourmet cook and spent hours copying recipes to try for family and friends.

In later years, despite being legally blind, Mary Louise continued to touch the lives around her, especially her caregivers, with her warm smile, positive attitude and caring interest in their lives. Besides teaching them different aspects of cooking, she shared with them her love for the Bible by having them read Scripture to her.

Stan and Mary Louise were members of both the Sana Maria and Lompoc First United Methodist Churches. In addition, for 40 years, and up until her death, she was an active member of the Village Circle, a Bible study group of retired military wives. Mary Louise also had a love for traveling in England and made several trips back to England to enjoy the people and the country.

While Mary Louise had no children, she and Stan had multiple Dachshund dogs who brought love and enjoyment to their lives. She was preceded in death by her husband, Stanworth; her parents; two brothers, Billy and Bingham (who was killed in action in World War II) and her sister Bettie. She is survived by seven nieces, two nephews and numerous great nieces and nephews who loved her and enjoyed visiting her in California. For the past several years, she has been surrounded by loving caregivers and special friends who have been ‘family' to her through the love and support they provided to her and her extended family. She accepted all of them as gifts from God.

The family would like to thank all the individuals who loved and served her in her last years, including Assisted Home Hospice who was with her during the last several months of her life.

A private celebration of life will be held in the future.

Ann M. Sheehy, 86, resident of Nipomo, CA passed away November 24, 2019. Arrangements are under the direction of Dudley-Hoffman Mortuary, Crematory and Memory Gardens. www.dudleyhoffmanmortuary.com 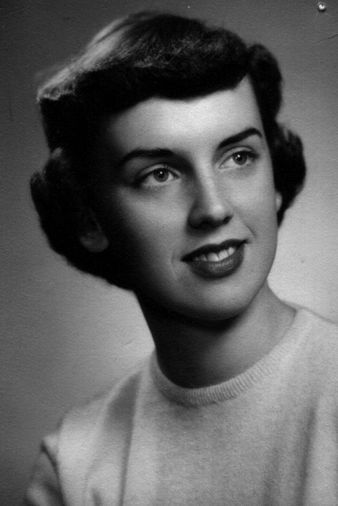 Carole May Mattoon (Barthuli) Eckhardt was born on July 4,1937, in Fresno, CA. Consistent with her star-spangled birthday, Carole was known for her sparkling personality, fiery wit, and a flair for the dramatic. She was the daughter of Genevieve and Newell Mattoon and the sister of Joyce Elaine Mattoon Coffey. As a young child, her family lived in Fresno. In 1952, her parents purchased the Big Creek General Store. Life in Big Creek, her summer job at Camp Sierra and her summer trips with Aunt Lora to the Tioga Pass Resort gave her an enduring love for the Sierra and it was there that she first met the young park ranger, Wymond Eckhardt, in 1954. Carole graduated from Sierra High School in 1955 where she was active in the school's drama program. After high school, she attended Simpson Bible College in San Francisco for one year where she studied the organ.

In 1957, she married former spouse Wallace David Barthuli of Sanger, CA. In 1959 their first-born, John David, died at birth. In 1963, Kathryn Elaine was born. She was followed by Jennifer May in 1966. The family moved from Fresno to the Sanger countryside in 1970 where they loved rural life on the Del Rey ranch and enjoyed beautiful summers at their Huntington Lake cabin.

Carole returned to school in 1969 attending Fresno City College and eventually graduating with a teaching credential from Fresno State University in 1977. In 1979, Carole reconnected with Ranger, and now university Professor, Wymond. They were married in 1980. The couple retired to Santa Barbara in 1990 and eventually to their ranch in the Santa Ynez Valley where they spent many happy years being grandparents extraordinaire. A lovely lady in every sense of the word, Carole delighted in her “career” as a wife, mother and homemaker. Her home and garden were always warm, beautiful, comfortable and welcoming to all.

When Carole took her first piano lesson at age seven, it ignited a talent and passion that she shared extensively throughout her life. She bestowed her love of music upon her family. As an active member of the Fresno Central Seventh-day Adventist Church, she played a vital role as pianist, organist and choir accompanist for many years. Some of her family's fondest memories are of Carole at the piano. She had a magical gift and touch!

Carole died peacefully in the embrace of her daughters on November 17, 2019. She will always be remembered by adoring family and friends for her lavish care of others, her witty solicited and unsolicited advice, her abiding love for family and friends and her deep faith in her Lord and Savior, Jesus Christ. She is survived by her children Kathryn and Vahid Imani of Solvang, Jennifer and Steve Berman of Santa Ynez and four beloved grandchildren David Shahin Imani, Andrew Kahmyar Imani, Emily Wallis Berman, and Olivia May Berman. Step-granddaughter Mersedeh Sarah Imani-Ruiz and three step-great-grandchildren, Asalah, Ilyas and Allistair, were also very dear to Carole's (G.G.'s) heart.

The family wishes to thank friend and caregiver, Kim Sayre, and the caregivers at VNA Health, LivHome, Friendship House and Atterdag Village for their loving care of Carole during her long and trying illness. A memorial service will be held on Sunday, December 1, 2019, at 1:00 pm. at Bethania Lutheran Church in Solvang. In lieu of flowers, donations can be made in Carole's honor to www.hoperefuge.org. 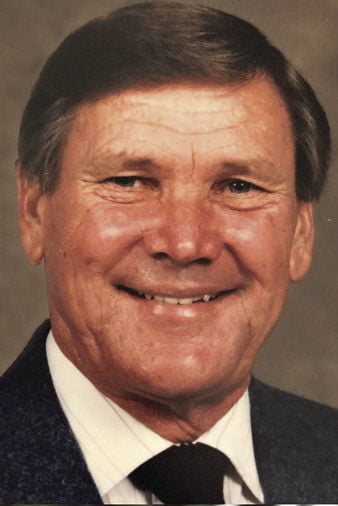 On October 26, 2019, Howard Leland Berry, beloved husband, father, grandfather, great-grandfather, brother, and friend, left this earthly life to return to his spiritual home. Howard was born in Los Angeles on December 8, 1931, into a loving family that was deeply-rooted in their Finnish community.

Throughout the years, Howard shared wonderful stories about growing up in their small, multi-cultural neighborhood in El Monte. As much of the area was still undeveloped, Nature figured prominently in the lessons of childhood. For the remainder of his life, Howard felt a deep connection to the beauty and history of all Southern California. Howard was gifted with intuitive understanding of all things mechanical. As a member of the burgeoning hot rod culture of the 1940s, he developed his automotive skills and knowledge into mastery.

In 1952, Howard met Lorraine Burrey and was instantly smitten. Less than six months later he was drafted into the Army. Just days before reporting for duty, Howard drove his betrothed through the starry desert night to wed at the Little Chapel Around the Corner in Las Vegas.

Before long, they welcomed three children - Cathy, Lee, and Cindy - and settled into young family life. In 1965, Howard discovered Solvang, the pristine little town set in the extraordinary Santa Ynez Valley. Enamored of the Valley's unique culture, the Berrys moved into their home on First Street in Alisal Glen, where Howard and Lorraine would live for 53 years. Howard frequently volunteered for community projects and events, and especially enjoyed the camaraderie of his neighbors.

Howard worked for C. Sanchez and Sons as a heavy-duty mechanic for more than 35 years. He found fulfillment in the physicality of the work and in tending to the demands of the massive Caterpillar equipment. Job sites often took him to pristine fields, hillsides, cliffs, and seashores, and as he worked, he reveled in the surrounding beauty.

Upon retirement, Howard and Lorraine devoted much time to their grandchildren; they traveled, developed talents in photography and art, and expanded their circle of friends. Howard's refined, artistic sensibility informed everything he did, whether building an engine or remodeling the family home, when planting a garden or planning a photo project. A humble man, Howard found his heart's content through the love of his family and lifelong friendships.

Howard is survived by his wife Lorraine, with whom he shared a honeymoon of 67 years, his sister, Alyce Pernu, his children, Cathy Berry, Lee (Patty) Berry, Cindy Berry, grandchildren Keith Grant (Audrey Koestler), James (Melissa) Berry, and great-granddaughters, Caroline and Josephine Berry. Howard and Lorraine are pictured together, as we can't tell the story of one without the other.

Howard Leland Berry was an every-day hero who gave of his whole self in everything he did. He was a man of strength and grace, deep compassion and an electric wit. We will always cherish our time with him, even as we mourn his absence.

John was born January 3, 1942 in Salinas, CA, the son of late Cal and Angela Trujillo. He was raised in Spreckels, CA where he attended Grammar School. He attended Salinas High School in Salinas, Ca.

John served in the U.S. Army from 1964 to 1966. After his discharge he moved to Lompoc, CA where he was employed by General Telephone for over 20 years.

John was preceded in death by his son Eden Anthony, his brother Richard, brother Daniel Parker and his sister Geraldine Coleman.

Family and Friends will celebrate John on December 7th at 3PM at Lompoc Elks Lounge.

Get exclusive local and national political news in your inbox.