Harold John Nelson Gray, 89, resident of Lompoc, passed away February 2, 2020. Arrangements are in the care of Starbuck-Lind Mortuary, Directors. www.starbucklind.com

Elena A. "Jackie" Hertler, 72, resident of Santa Maria, CA passed away February 8, 2020. Arrangements are under the direction of Dudley-Hoffman Mortuary, Crematory and Memory Gardens. www.dudleyhoffmanmortuary.com

Millie passed away peacefully at her home in Lompoc with her family by her side. She was born in South Gate, California on March 25, 1941 to George and Jane Rodom. They moved to Solvang when she was three years old. Millie attended Solvang Elementary School and Santa Ynez High School. During her senior year she met her husband to be, Dan Dutra. Dan and Millie were married on January 17, 1959 and lived in Santa Ynez until 1999. They briefly lived in Pine Mountain Club near Frazier Park California before residing in Lompoc for the remainder of her life.

Millie worked as a teacher's aide at the Santa Ynez Grammar School, secretary for the Ballard School and finished her career as an office manager for an Avocado Grower in Goleta. She enjoyed her family, close friends and animals.

A celebration of life is planned for March 28, 2020 in Lompoc with time and place to be announced.

Shirley N. Causby, 84, resident of Lompoc, passed away February 3, 2020. Arrangements are in the care of Starbuck-Lind Mortuary, Directors. www.starbucklind.com

Stephen "Steve" James Crummy, 71, resident of Lompoc, passed away February 1, 2020. Arrangements are in the care of Starbuck-Lind Mortuary, Directors. www.starbucklind.com

Robert "Bob" Allen Bowser, 85, resident of Lompoc, passed away January 31, 2020. Arrangements are in the care of Starbuck-Lind Mortuary, Directors. www.starbucklind.com

John Laurence Hindmarsh, 86, resident of Nipomo, CA passed away February 4, 2020. Arrangements are under the direction of Dudley-Hoffman Mortuary, Crematory and Memory Gardens. www.dudleyhoffmanmortuary.com

Paul Bettencourt, 75, resident of Santa Maria, CA passed away February 6, 2020. Arrangements are under the direction of Dudley-Hoffman Mortuary, Crematory and Memory Gardens. www.dudleyhoffmanmortuary.com 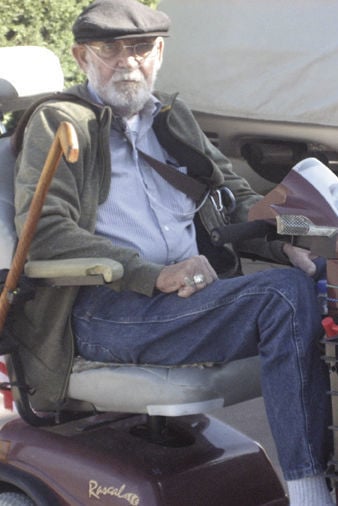 Samuel Kay Thomas “Sam” was born in November of 1947, in Martinsville, Indiana. Born to Jack Wayne Thomas and Wilma Mae Piercefield both have preceded him in death. Sam was married to his loving wife in 1967. Sam and Joyce Hopkins wed in Indiana. They celebrated their 52nd wedding anniversary in 2019.

Sam, a newly married man, enlisted into the United States Air Force. He was assigned to Vandenberg Air Force Base. He spent six years at Vandenberg and two years in Cheyenne, Wyoming. After his military career came to an end he returned to Lompoc, making it his permanent residence.

Sam spent six years working as a maintenance supervisor for several McDonalds stores on the central coast. Sam retired from his longest position as a Groundsaintenance Supervisor at the Lompoc Unified School District. Sam worked for the district for twenty-one years. Sam always eager to improve himself and the life of his family attended college at Allan Hancock attaining his degree. He was working full time and raising four young children. We were all so proud of his accomplishment. There was never a time that Sam was not striving to gain knowledge and be more productive. While working for the school district Sam learned the Locksmith business. He became the owner and operator of Sam's Lock Service. He served his community for over 25 years.

Sam was very much a people person. He could make friends anywhere he went. He loved to chat. Sam was the king of do-it-yourself. He loved working on cars, motorcycles and his home. He did all of his own home remodeling. His final home project was completed in 2019. Despite his pain and failing health he was determined to finish his project. He was an extremely hard worker and no task was ever too big.

Sam enjoyed travelling. He spent many weekends riding his motorcycle or driving his Corvette. He was such a fan of cars and racing. Sam knew every Formula One driver and watched every race. In the last year he found so much joy in riding all over town on his scooter when he could no longer walk. He found love in his two canine companions Lola and Buddy. He and his wife would take them for walks multiple times a day just to soak up the outdoors and appreciate mother nature. Lola would jump up and ride on the scooter with him when she would tire.

There was no man more helpful than Sam. Helping others was so important to him. He would lend a hand to a stranger at every chance. He was helping others and offering his words of wisdom clear up until the very end. He was a family man first and foremost. He was a loving, devoted and caring husband. Sam was a proud father of four children; Karinda, Whitney, Brittany, and Cullane. He adored his ten grandchildren and two great grandchildren. He was an extraordinary man to his family and will be greatly and dearly missed by all who knew him.

May these heavenly gates swing wide to welcome him home. No man deserves it more. May all of our love go with you.

Samuel Kay Thomas "Sam", 72, resident of Lompoc, passed away January 30, 2020. Arrangements are in the care of Starbuck-Lind Mortuary, Directors. www.starbucklind.com 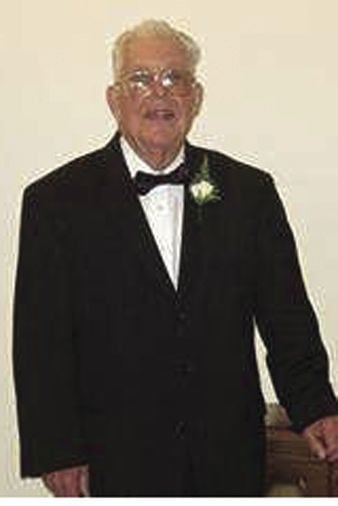 He completed his formal education in the Vandergrift school system; and after graduation from Vandergrift High School in 1953, he joined the Navy and was stationed in Bainbridge, Maryland on an aircraft carrier for four years. After his tour of duty on the east coast, he enrolled in Robert Morris Accounting School in Pittsburgh, Pennsylvania along with working at Pittsburgh National Bank processing loan applications. During his enrollment at Robert Morris he met his wife-to-be, Judy Cain of Sewickley.

After working in Pittsburgh for two years, he decided to rejoin the Navy and was surprised he was stationed to an Oiler off the West Coast in Long Beach, California. There he spent the next four years; but when his tour of duty was over, he and Judy were married and made their home in Long Beach for the next 40 years.

Bob had a great love of music from when he was a young boy. He sang in his high school choir, and his church choir doing solo work. After settling in California, his love of music continued where he remained faithful to singing in the church choir in Long Beach and later in his church in Lompoc, California. He also was a member of the Lompoc Master Chorale for 15 years.

Some of Bob's highlights in his career were working at Long Beach Oil Development for 25 years starting off on the derrick and being promoted to buyer later on. His last 10 years in Long Beach were working in the payroll department at Long Beach City College. He and Judy both retired from Long Beach City College in 2002 and moved to Solvang, California on the Central Coast for three years. They then moved on to Lompoc, California, and this is where they lived for the next 15 years of his life.

Bob and Judy were avid travelers, and over their 55 years of married life took more than 13 cruises to various ports-of-call. They also visited various European countries, the South Pacific, Mexico, and took three extensive driving trips throughout the United States and Canada.

While searching for his family tree on Ancestry, he found he could be a member or the Sons of the American Revolution of which he belonged for several years.

Bob will be fondly remembered and missed by his wife, several nieces, nephews and cousins. A funeral service will be held on Wednesday, February 12, 2020, 1:30 pm at Starbuck-Lind Mortuary. He will be laid to rest at Lompoc Evergreen Cemetery.

Be the first to know with news alerts sent to your inbox as the story breaks! Sign up:

Available whenever you are ready to read! Check out today's newspaper in E-Edition format: