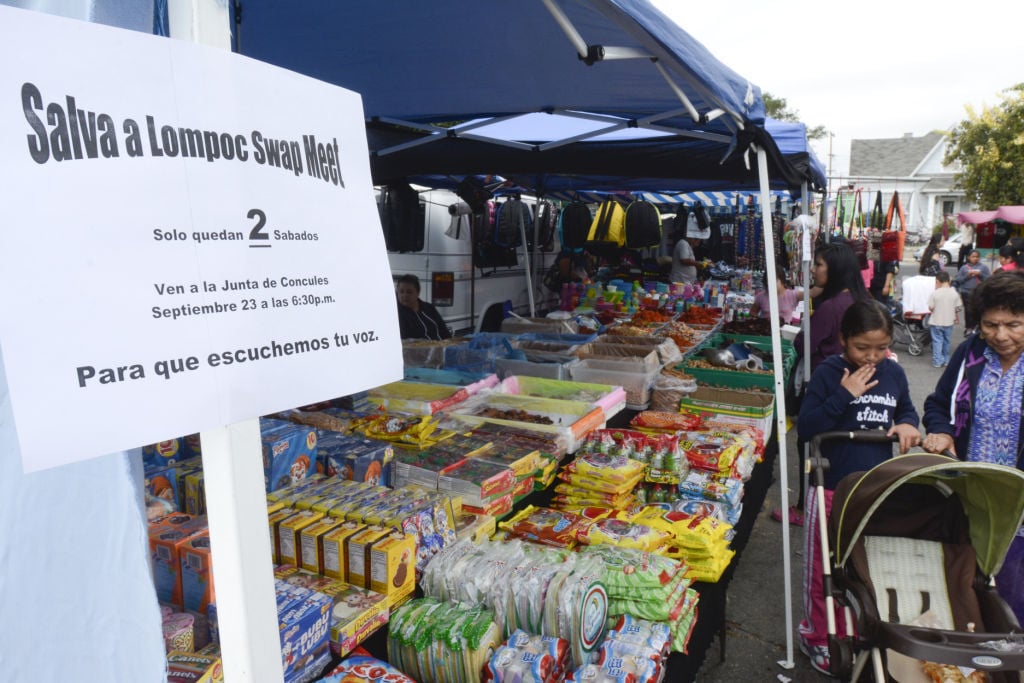 A sign in Spanish from 2014 encourages shoppers to support the swap meet in Lompoc. An outdoor market will return to Lompoc this spring in a redesigned format. 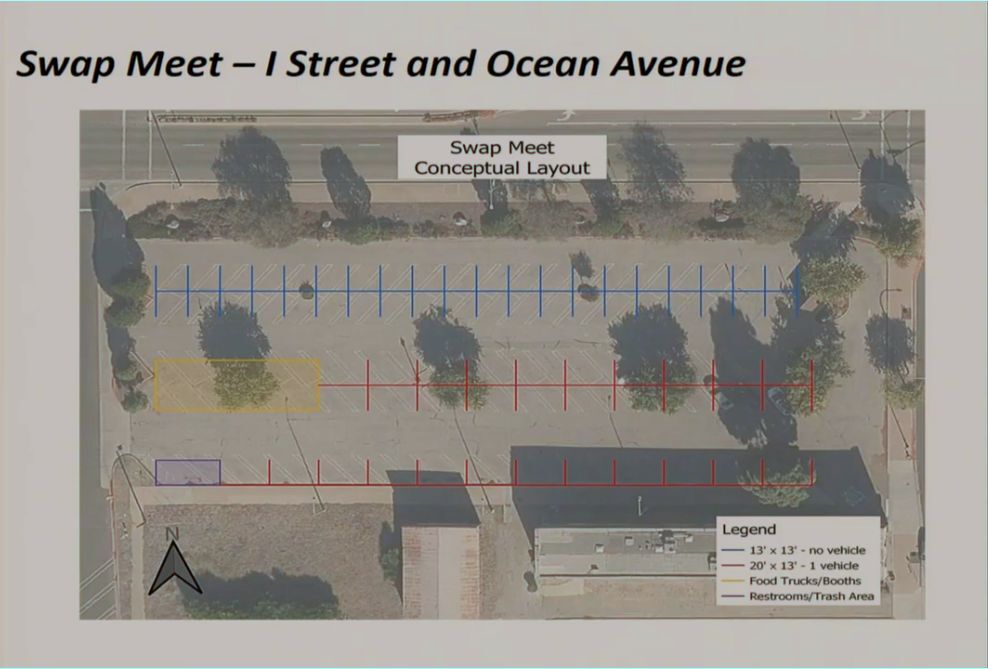 The Lompoc Outdoor Community Market is expected to launch in late spring at the corner of I Street and Ocean Avenue. 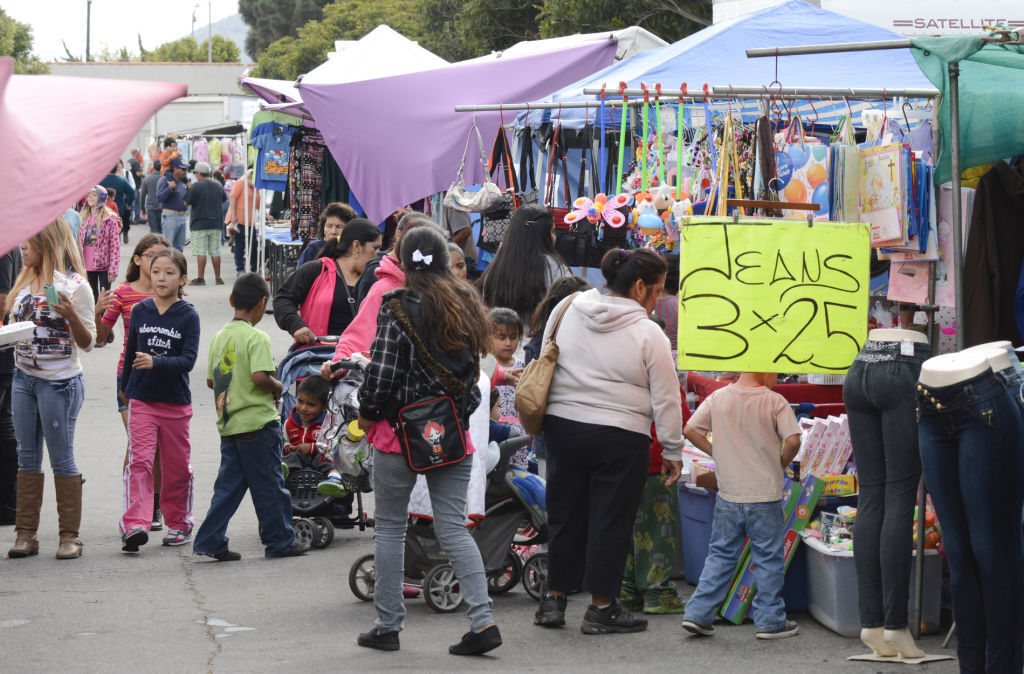 Shoppers look at items for sale at the swap meet in Lompoc on a Saturday in 2014.

A sign in Spanish from 2014 encourages shoppers to support the swap meet in Lompoc. An outdoor market will return to Lompoc this spring in a redesigned format.

Shoppers look at items for sale at the swap meet in Lompoc on a Saturday in 2014.

Lompoc's popular swap meet — now dubbed the Lompoc Outdoor Community Market — will make a return to downtown in late spring, and city officials are hoping to gauge interest through a series of community workshops.

The Lompoc City Council on Dec. 16 voted 4-0 to move forward with the concept of a city-operated market. Councilman Dirk Starbuck recused himself due to owning property within 500 feet of the site.

The new outdoor market, which will no longer be called a swap meet, will operate on Saturdays at the Lompoc Chamber of Commerce parking lot on the corner of I Street and Ocean Avenue.

"We're going to try and stay away from the term swap meet; we're trying to brand it," said Lompoc Recreation manager Mario Guerrero Jr. "It's a new type of market."

Noise complaints, trash and parking violations led to the 2014 shutdown of the swap meet that had operated for 25 years under the direction of private vendors in a parking lot on the southwest corner of I Street and Ocean Avenue. The closure occurred after organizers and city officials were unable to agree on how best to address the concerns raised by neighbors and community members.

Since then, talk of its resurrection has been persistent among locals.

Guerrero, who will mark 20 years with the city of Lompoc in March, said he believes that the new concept to be run by his division will lend itself to better success.

"It was challenging for the concessionaires to follow all the rules and regulations, and oversight of this was challenging, too," he said. "This time, a recreation staff will be on site every Saturday and vendors will be required to register."

Vendors will be permitted to sell no more than twice without a business tax certificate through the city, as well as a seller's permit through the California Department of Tax and Fee Administration.

"We're encouraging brick-and-mortar businesses to have a space there as well, to get more foot traffic and to get more community awareness," Guerrero said.

Businesses near the market will be offered a free vendor space in the event they experience a disruption to normal business operations due to a busy market, Guerrero said, noting that food trucks will be a likely addition.

By late spring, Guerrero said, the market is expected to make its debut 9 a.m. to 3 p.m. every Saturday.

Leading up to the big day, the city plans to host community workshops to gather public interest from both vendors and customers. Rules and regulations also will be outlined.

The first in a series of community informational workshops led by the City Recreation Division is expected to be presented to the public in the coming weeks.

Due to the ongoing pandemic, Guerrero said it is unknown whether residents will frequent an outdoor market, and he hopes the workshops will reveal if the timing is right.

At the December council meeting, fiscal projections were presented by Guerrero who explained that the market is intended to be a cost-recovery operation.

While the city will initially fund staffing, security and porta potties, vendors are expected to cover most operational costs, as long as the market achieves a 50% occupancy rate of its 70 vendor spaces each Saturday.

"The thought is that vendors will cover the cost of the operation," Guerrero said. "Anything extra would go back into market improvements."

Further illustrating his confidence in a redesigned market, Guerrero explained the city will be using a special registration software that enables staff to gather pertinent vendor information and efficiently disseminate notices, updates and news regarding market operations.

"There is going to be a learning curve for the vendors, " he said. "But I'm confident that it will build into something special."

A Starbucks location in Lompoc was closed as of Thursday due to at least one reported case of COVID-19 among its staff, while a second location has altered its business operations due to positive cases among employees.

Lompoc set a new high temperature record for the date Friday, with the thermometer climbing to 86 degrees at the Lompoc Airport, eclipsing the…