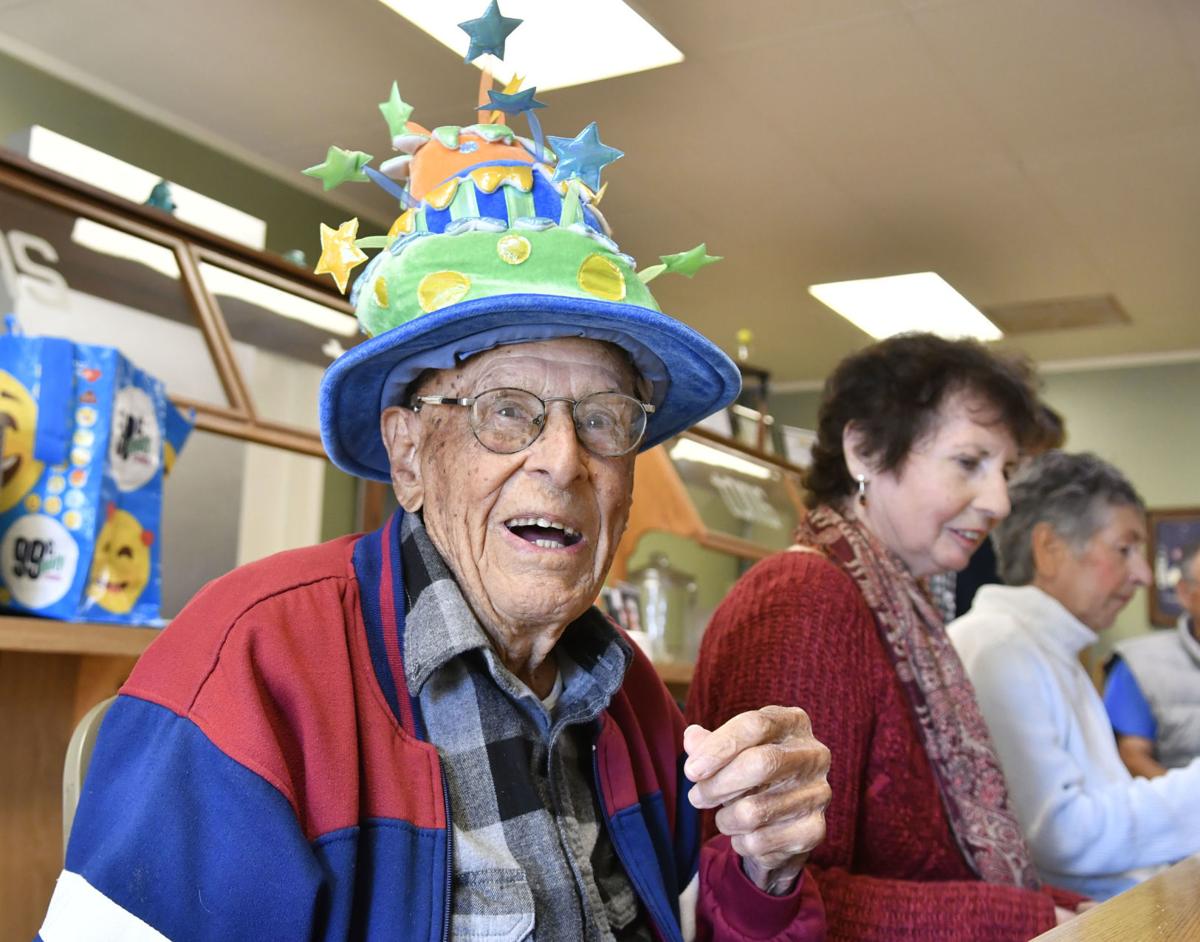 World War II veteran and Lompoc resident Ralph Rodriguez tries on a birthday hat as he celebrates his 104th birthday Wednesday with a breakfast party at Tom's Burgers. 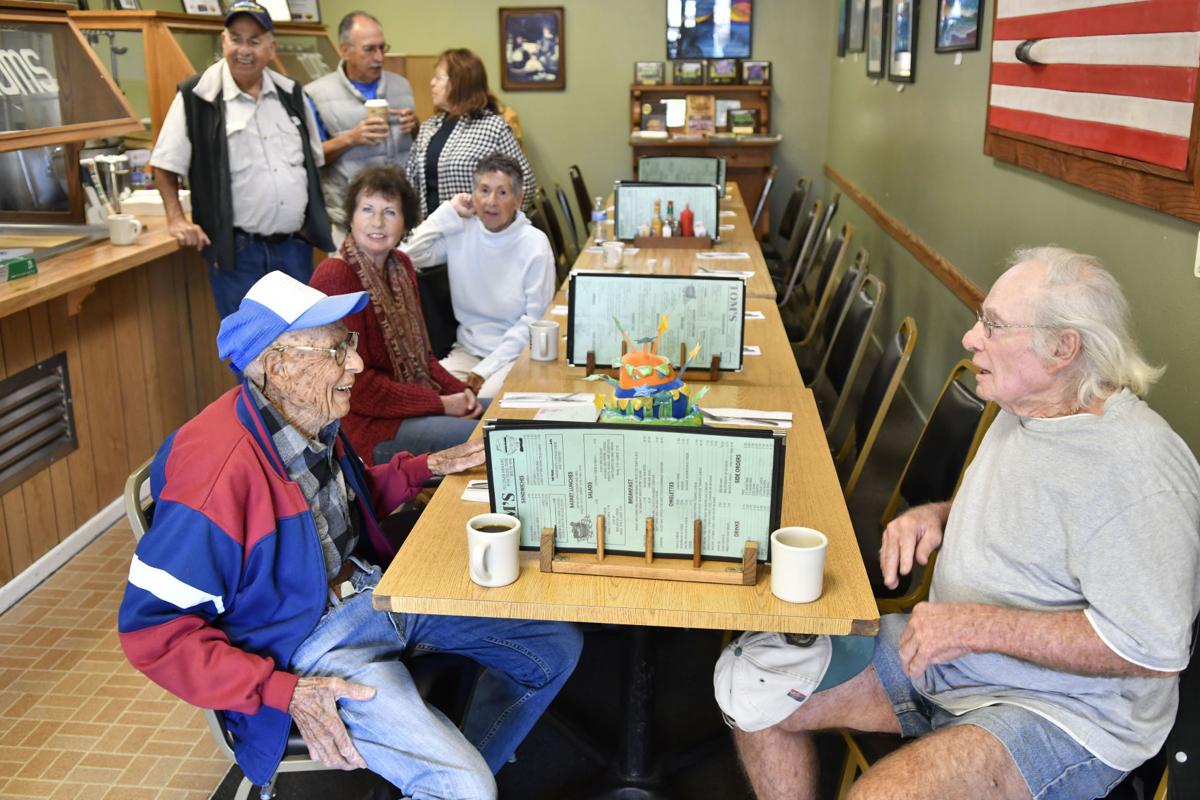 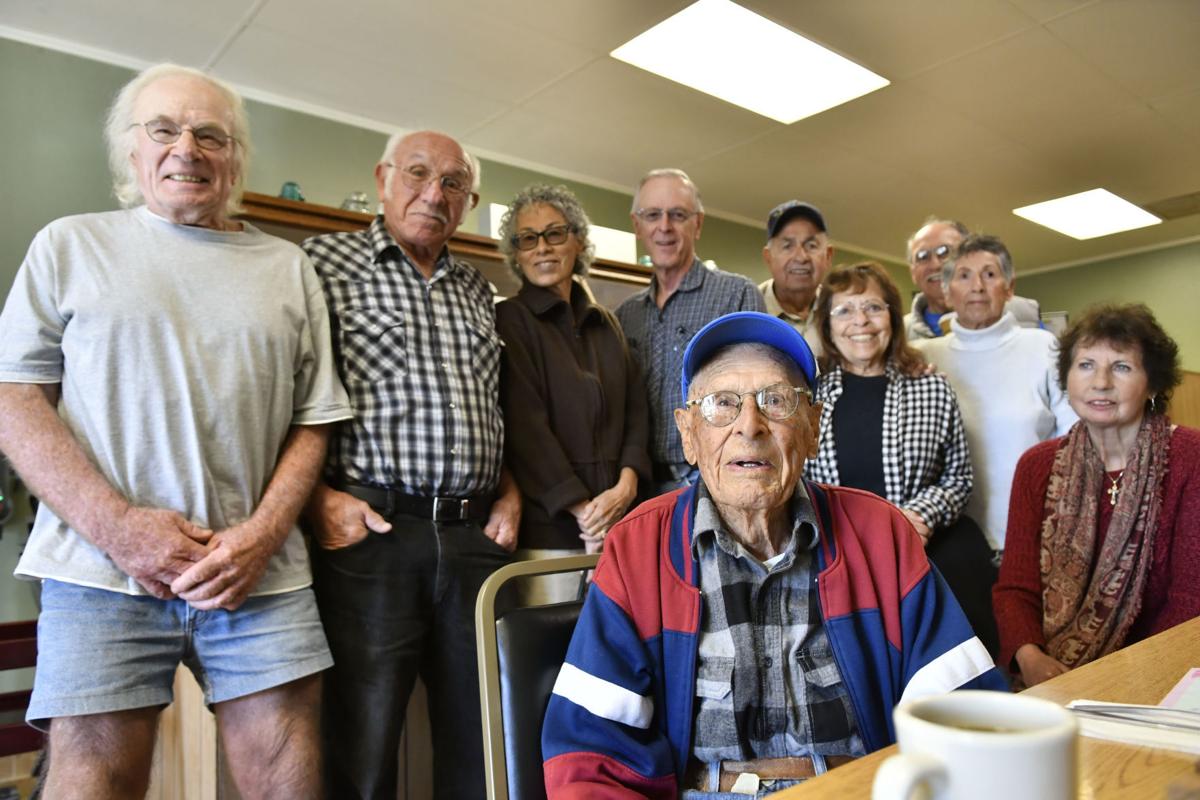 Ralph Rodriguez, a Lompoc resident and World War II veteran, celebrates his 104th birthday with a breakfast party at Tom's Burgers on Wednesday.

Ralph Rodriguez, a longtime Lompoc resident and veteran of World War II, gathered with friends and family Wednesday to celebrate another testament to his personal longevity.

Rodriguez was surrounded by some of the people closest to him as he observed his 104th birthday at Tom’s, a burger restaurant in midtown Lompoc that is one of his favorites.

Just before his 100th birthday four years ago, Rodriguez credited his Mediterranean diet — “not too much meat, a lot of vegetables and a glass of wine a day” — and his lack of stress with aiding his endurance. He said that the key to keeping his mind sharp, though, came from staying active.

“A lot of people say ‘I’m bored,’” Rodriguez said at the time. “You can’t be bored when there’s so much stuff to do. All you’ve gotta do is go out and walk or run or exercise, you know. I keep my mind busy. Too much sitting down and watching TV is no good. You’ve got to keep moving.”

Rodriguez was drafted into the Army at the age of 32 and was assigned to the 96th Infantry Division 382 Regiment in Okinawa, Japan, during World War II. While there, he volunteered to be a combat medic and was ultimately awarded a Bronze Star for valor in combat duty.

He received an honorable discharge as well as American citizenship and a GED during his time in the service.

According to The Centenarian — an organization that was formed "to offer a unique reference point on living to a hundred (and) information on living to an old age," — there are an estimated 72,000 people in the U.S. who are 100 years or older. (See this article on the Centenarian website for more information: http://www.thecentenarian.co.uk/how-many-people-live-to-hundred-across-the-globe.html

This report was prepared by Willis Jacobson. He can be reached at wjacobson@leecentralcoastnews.com.

As Ralph Rodriguez continued to impress people with his strong health in his 60s and 70s, his daughter, Susan Hudspeth, recalls people referri…

A Guadalupe man who parachuted into France the night before D-Day and was with Gen. George S. Patton’s tanks at the Battle of the Bulge was ho…

World War II veteran and Lompoc resident Ralph Rodriguez tries on a birthday hat as he celebrates his 104th birthday Wednesday with a breakfast party at Tom's Burgers.

Ralph Rodriguez, a Lompoc resident and World War II veteran, celebrates his 104th birthday with a breakfast party at Tom's Burgers on Wednesday.