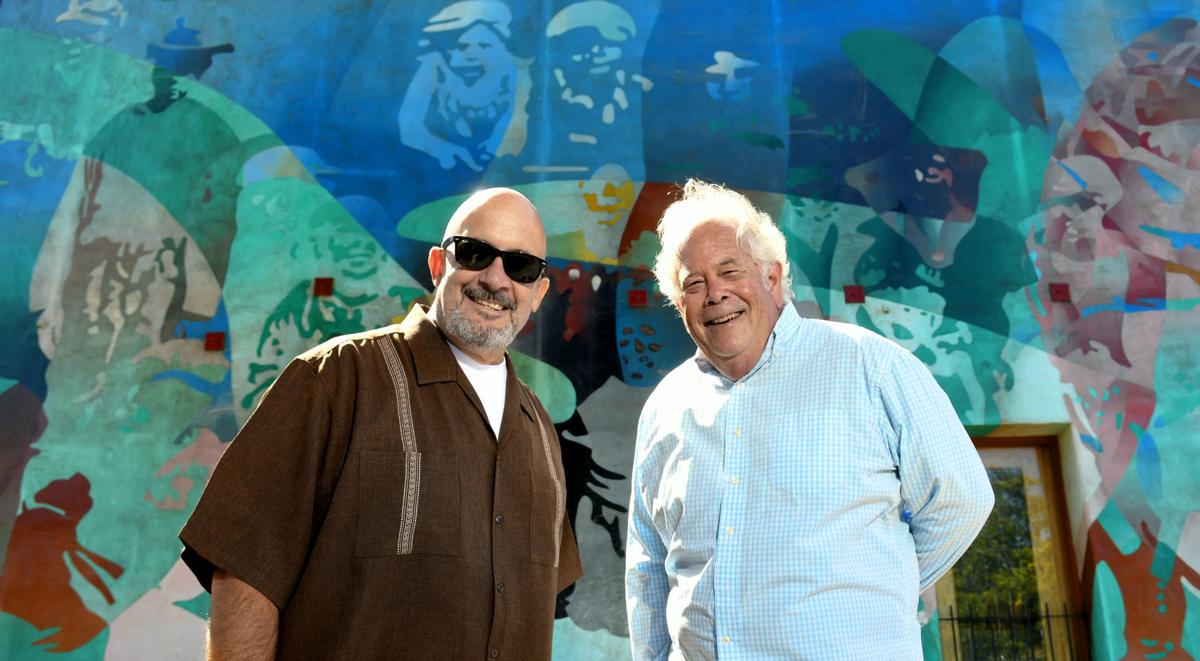 Chuck Madson and Tim Harrington are part of a Lompoc group hoping to help local youth struggling with gangs, violence and homelessness. 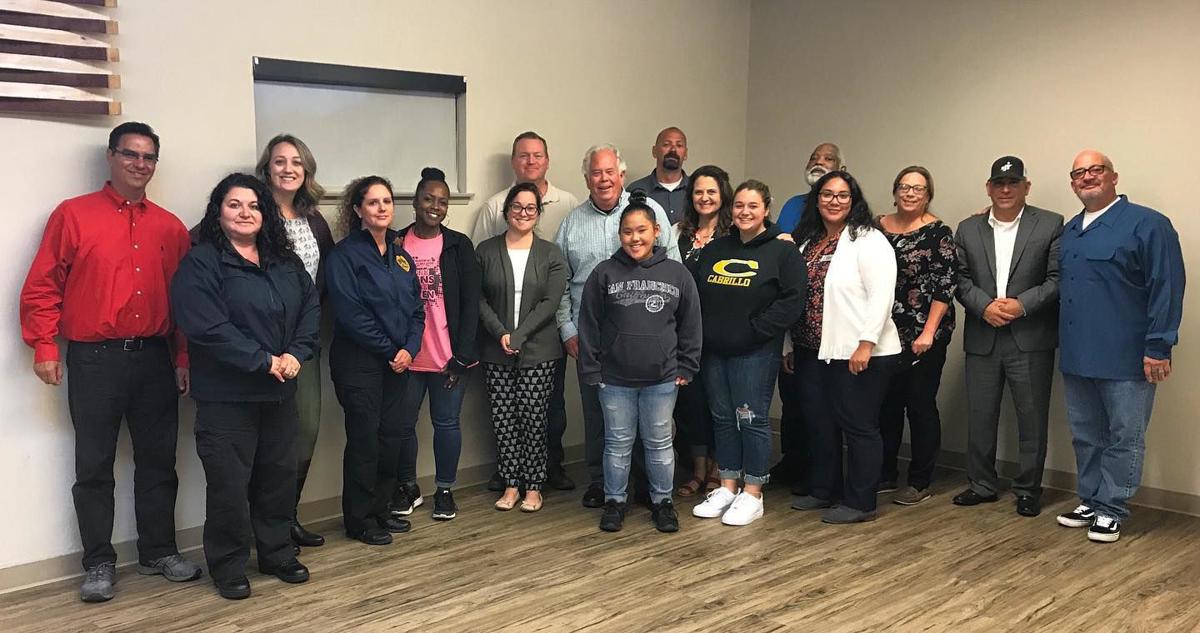 Members of a group hoping to create a teen center in Lompoc pose for a picture during a meeting Monday evening.

As a Lompoc resident who has provided substance abuse counseling in the city for more than a decade, Chuck Madson has had an up-close view of some of the root problems that have negatively impacted the community in recent years.

“Everybody knows the issues that Lompoc continues to struggle with: homelessness, gangs, violence, the economic struggles,” Madson said Tuesday, two days after the city experienced its sixth homicide of the year.

“The problems aren’t getting any better,” he later added. “These issues are continuing to grow.”

Not wanting to sit back and do nothing, Madson and fellow Lompoc resident Tim Harrington are aiming to reverse that troubling trend.

The duo began discussions about 18 months ago on a plan to establish a Lompoc youth center that would empower teenagers and young adults and provide them with a wide range of services and opportunities. After doing much of the early planning themselves, the two began hosting focus groups last month and are now ready to share their vision for a project that they describe as an “investment in Lompoc’s future” and hope to get off the ground early next year.

“I’ve been here since 1980, so I’ve seen a lot of changes,” said Harrington, who serves on the boards of several area nonprofits. “I’m more worried now than I think I ever have been. We’ve made it through economic upturns and downturns and things like that, but the direction where things are now — it’s worse. I guess you can put your head in the sand, or you can pack your bags and leave, or you can say, ‘What can I do to make a positive impact?’”

When Madson and Harrington initially began exploring an idea for a youth center, they looked around the state for programs that were succeeding elsewhere. While that search netted them some good ideas, they found that no existing program seemed to be particularly well suited for Lompoc’s specific set of challenges. So, they began developing their own.

After coming up with an outline, the two men pitched their idea to the Santa Barbara Foundation, which provided them with some start-up funding to explore the idea further and host focus-group sessions with local stakeholders.

The first of those focus meetings was Aug. 15 with nine local high school students and former members of Lompoc’s Youth Corps, a program that offered job training and development before ending eight years ago. The second focus meeting was Monday night and included representatives from area nonprofits and education providers.

Madson and Harrington said they have been encouraged by the feedback and conversations from both meetings, and they noted that the first session with the teens and young adults solidified that there is a need for Lompoc to have a safe, fun place where area teens can go to be productive.

“Something we heard from the youth when we talked about the gangs and the violence in the community is they said, ‘We want to help our friends that are involved in that situation,’” said Madson, a 2017 nominee for the Valley of Flowers Peace Prize. “They said, ‘We know they weren’t always gang members; we used to hang out with these kids when we were younger. We want to help these kids.'

Getting off the ground

The program would target boys and girls ages 16 to 20 and would provide them with salaries for work performed through the program.

A physical location has not yet been solidified, but that is something that Madson and Harrington are continuing to investigate.

They also plan to host two more focus groups in the coming months, with one involving city representatives and the other with local business leaders. After those, they hope to have a full business plan in place that they can then take to potential investors as soon as December.

Madson, who counsels teens and young adults with substance abuse issues through the Family Service Agency, said he is confident this current dream can become reality, but he noted that community support will be necessary.

Several local wineries and restaurants are set to participate next month in the inaugural “Toasting the Future of Lompoc Students” event. The event will benefit the Lompoc Valley Community Scholarship Fund and include wine and food tasting, as well as live music.

Immigration counselor Guadalupe Perez has been announced as the first nominee for this year’s Valley of the Flowers Peace Prize.

Educators from Manzanita Public Charter School recently spent a week in Finland, where they learned a lot about the Finnish education system and are already implementing changes at the Lompoc Valley campus aimed at following the Finnish model, with more modifications planned for the near future.

The Lompoc Food Pantry is in dire need of turkey donations. With just nine days remaining before Thanksgiving, the pantry’s walk-in freezer had only about 25 turkeys. Additionally, Food Pantry leaders are hopeful that community members will donate money — via grocery store gift cards — that can be used to purchase food and supplies, and/or their time by volunteering.

Chuck Madson and Tim Harrington are part of a Lompoc group hoping to help local youth struggling with gangs, violence and homelessness.

Members of a group hoping to create a teen center in Lompoc pose for a picture during a meeting Monday evening.