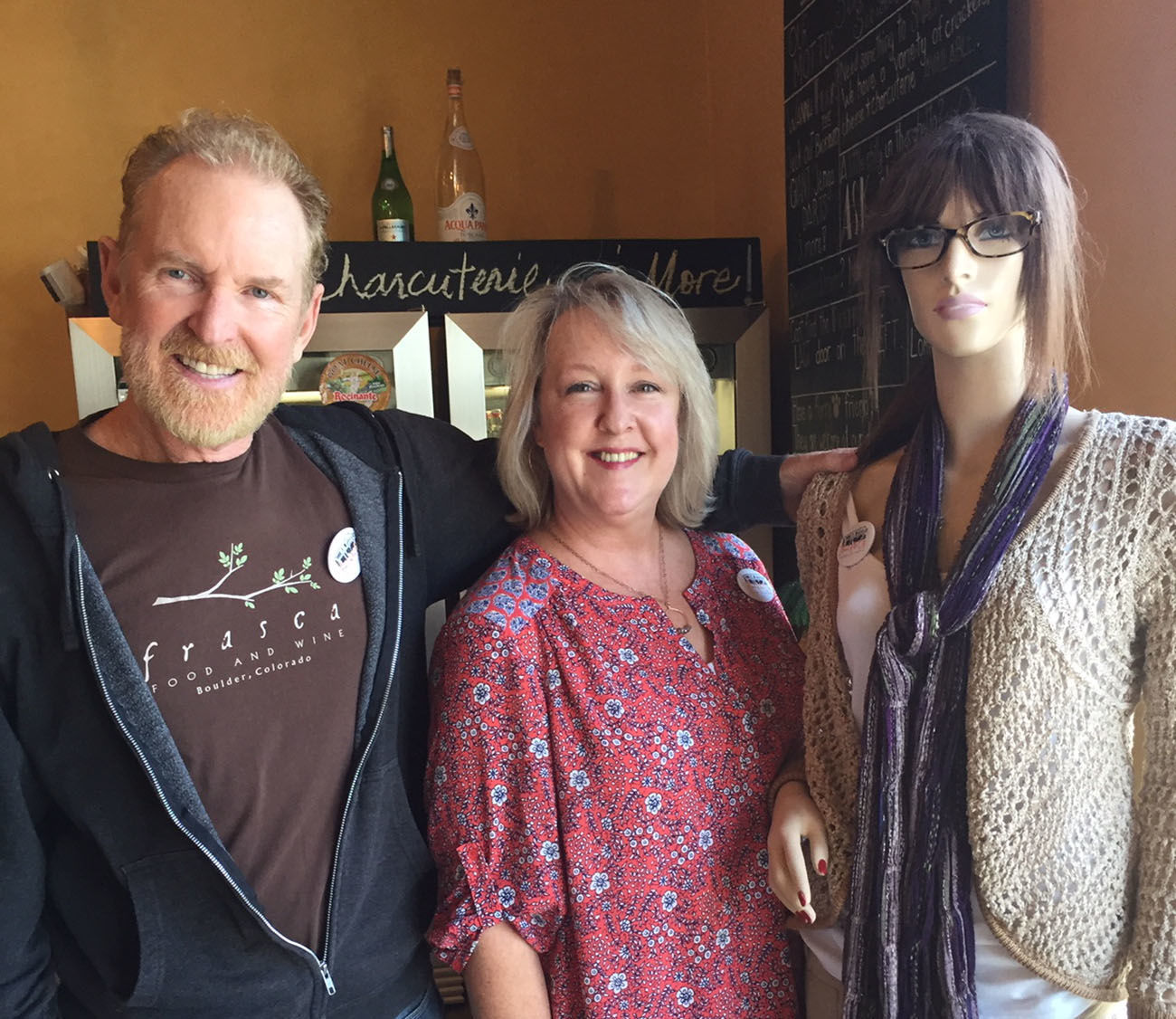 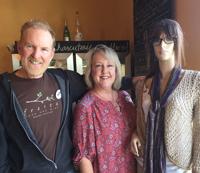 Montemar Wines co-owner Steve Arrowood, left, presents a donation check for $4,400 to Lompoc Theatre Project board member Heather Bedford as they pose next to one of his tasting room mannequins, Mona. 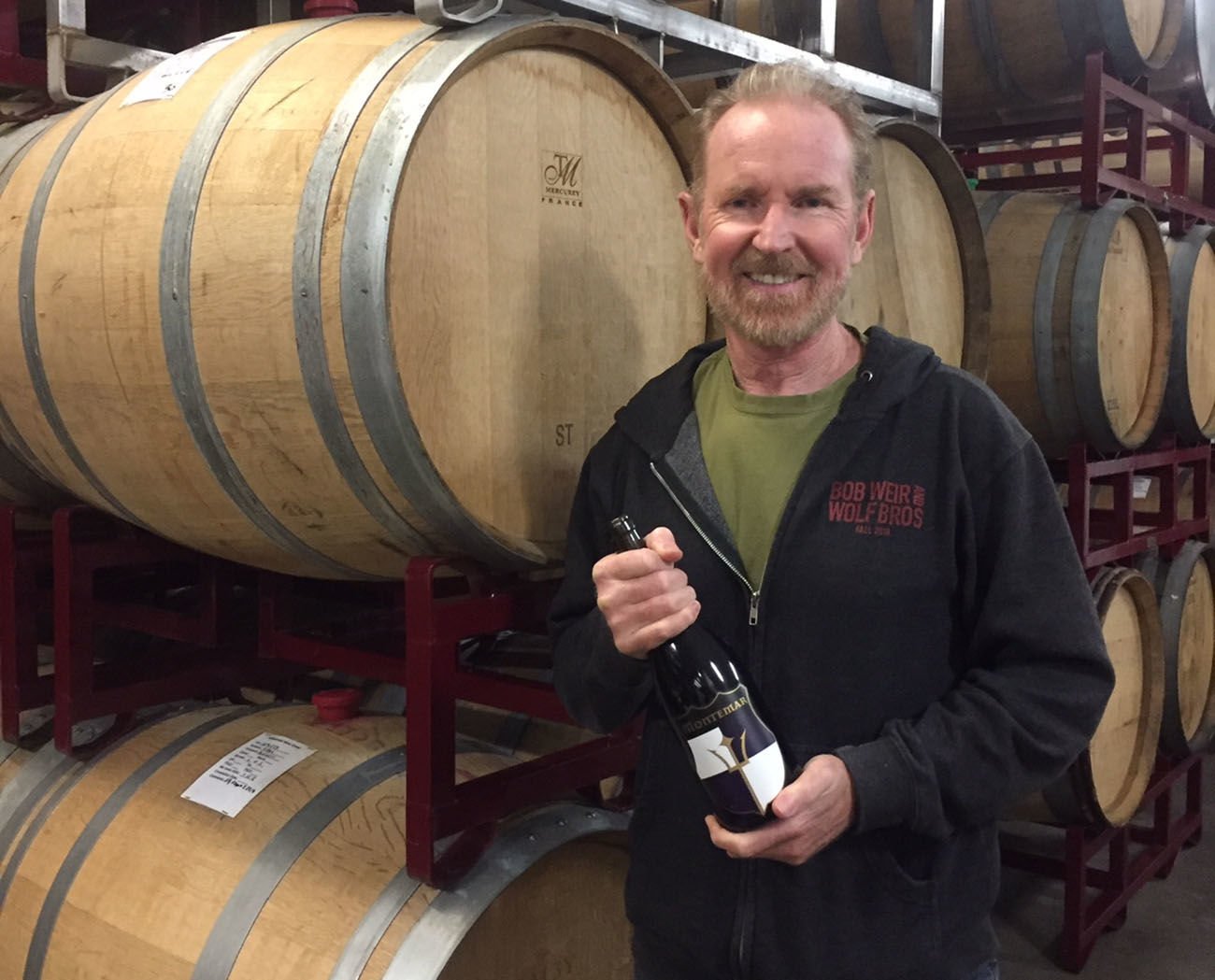 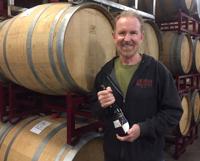 Steve Arrowood, owner and winemaker at Montemar Wines, is neutral on the idea of an assessment on Santa Barbara County wines to support marketing and advocacy.

Montemar Wines co-owner Steve Arrowood, left, presents a donation check for $4,400 to Lompoc Theatre Project board member Heather Bedford as they pose next to one of his tasting room mannequins, Mona.

Steve Arrowood, owner and winemaker at Montemar Wines, is neutral on the idea of an assessment on Santa Barbara County wines to support marketing and advocacy.

The owners of a Lompoc winery recently donated more than $4,000 to help with the renovation of the historic Lompoc Theatre.

“Having been to many great music shows in old theaters, I realized that a significant majority of the attendees had traveled to the city to see the band and were not ‘locals’ at all,” Steve Arrowood said.

“That got me thinking [about] how fun it would be to see a great show at the Lompoc Theatre,” he added. “I believe more than ever that if ‘we build it, they will come.’ LTP is one of the most important issues right now that can impact this city’s income, so we are stoked to contribute to its success.”

Heather Bedford, a Lompoc Theatre Project board member and fundraising chair, accepted the donation on behalf of the organization.

“The board of LTP has been working hard since we got the keys to refurbish our beautiful and historic theater,” she said. “As we get things accomplished and meet new goals, more and more people have come forward to help us. Steve and Caryn’s fundraiser [is] a perfect example of how donations can work ‘out of the box.’”

Members of the nonprofit are hopeful that they will be able to restore the theater to its former glory and have it serve as a top performing arts venue in the city. Plans are underway, according to the group, to equip the midsized theater with state-of-the-art technology and modern-day amenities, while maintaining its historical ambiance.

The group also plans to have the theater host an after-school program linked to arts education for Lompoc youth.

“Our theater is one project with many benefits,” Bedford said. “A lot of milestones have been accomplished, but the theater still has a long way to go. It will bring joy to our community, as well as prosperity, education and entertainment.

“As we enter into this exciting new decade and are coming up onto the greatest giving day of the year, #GivingTuesday on Dec. 3, we thank the Arrowoods for their generous donation and hope that more people will take part in the restoration process, as well,” she added.

For more information on the Lompoc Theatre Project, visit www.LompocTheatre.org.

Lompoc Theatre Project: Bring local history back to life! One gallon at a time.

The Lompoc Theatre Project has launched a new campaign to help with the restoration of the historic theatre that has stood at 116 North H Street for more than 90 years.