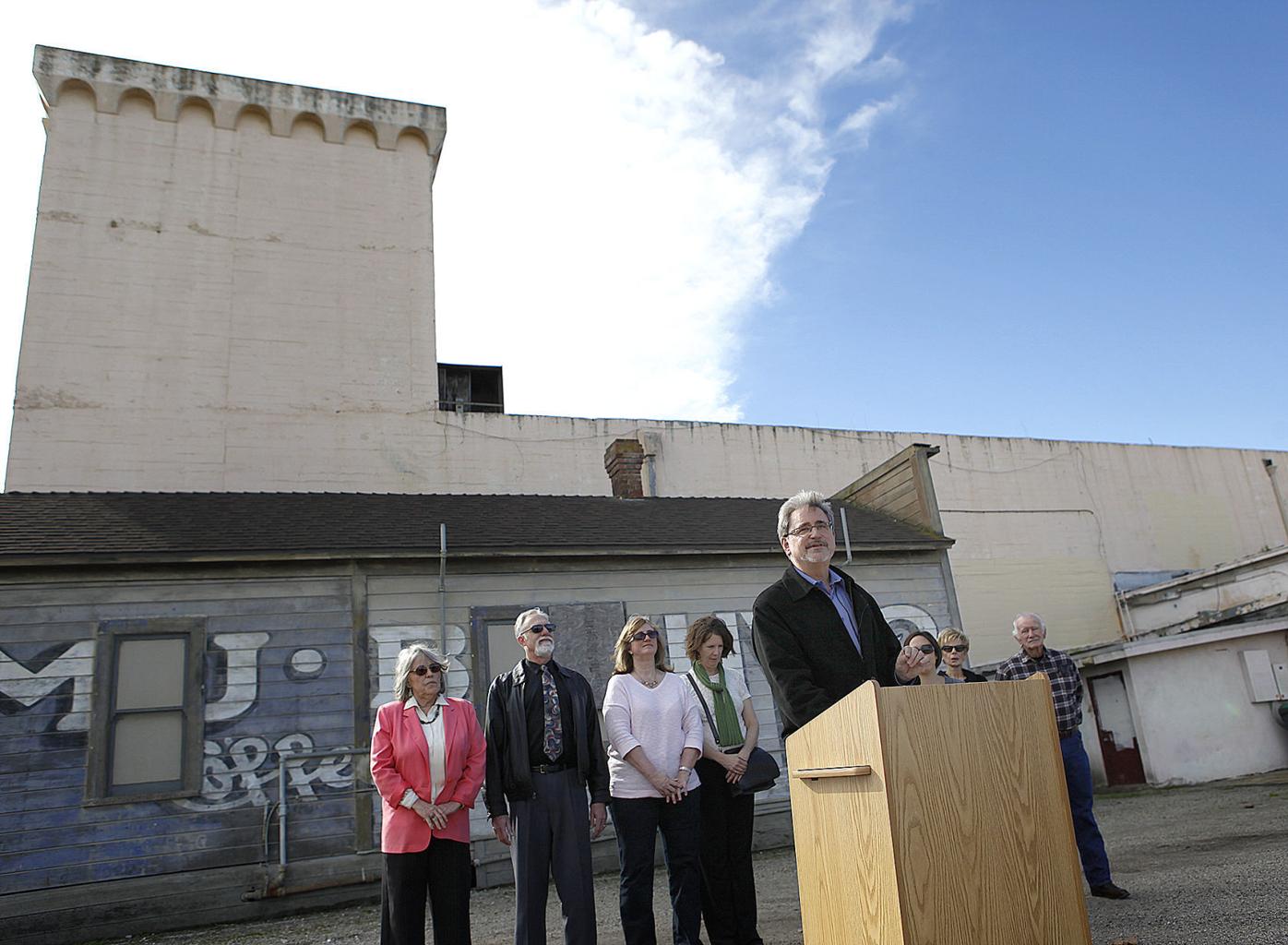 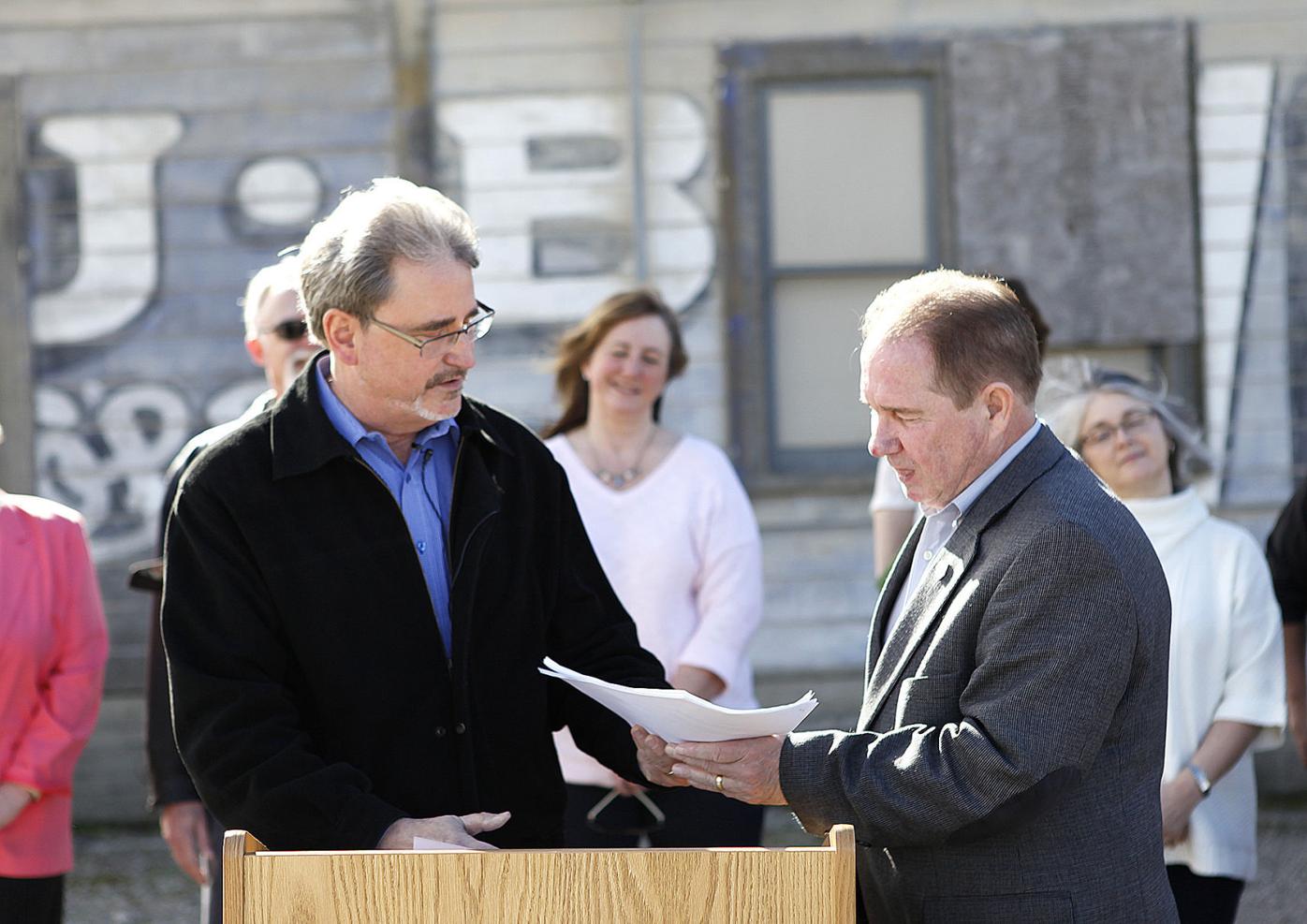 Mark Herrier, president of the board of directors for the Lompoc Theatre Project, hands over the official ownership documents to Lompoc Mayor Bob Lingl on Friday. 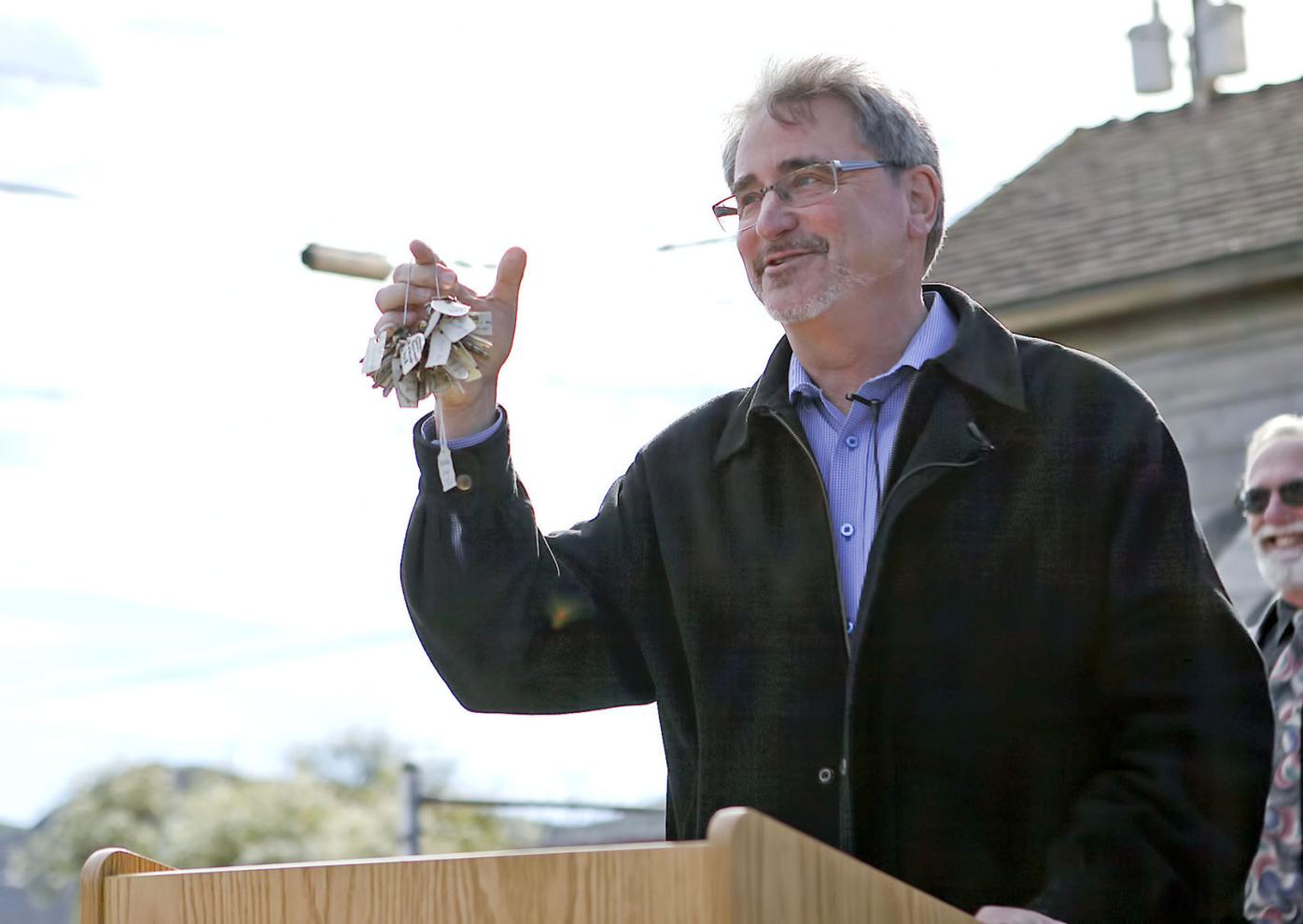 Mark Herrier, president of the board of directors for the Lompoc Theatre Project, hands over the official ownership documents to Lompoc Mayor Bob Lingl on Friday.

A local organization’s ongoing efforts to restore the old Lompoc Theatre received a major boost this week when the group officially took ownership of the historic building.

The Lompoc Theatre Project, a nonprofit working to restore and reopen the theater, announced Friday that it now owns the deed to the 89-year-old structure. The announcement came on the heels of a court's decision Monday to grant the group’s petition to foreclose on the previous owner, the Lompoc Housing and Community Development Corporation (LHCDC).

“We are excited that at long last, we finally own this theater,” said Mark Herrier, an actor and president of the board of directors for the Lompoc Theatre Project. “We cannot wait to get started on its restoration.”

“But even though it feels like we have finally reached the finish line,” he added, “we are in fact just getting started.”

Herrier estimated that the cost of the restoration will be about $6 million. He said the project could take about two years to complete, but he suggested the theater could reopen next year if the community lends its support.

“Whether it is sweat equity, dollars, donations of equipment, it doesn’t matter — we need your help,” Herrier said. “This is the Lompoc community’s last — and best — chance to make this theater a reality. We need the community to step forward physically, emotionally and financially.”

The foreclosure is the final step of a lengthy process that began more than three years ago to transfer ownership of the theater property and adjacent parking lot from LHCDC to the Lompoc Theatre Project.

The transfer of the deed was complicated by three outstanding liens from public and private loans given to LHCDC to acquire the property. LHCDC leased the property from the original owners, the Calvert family, in 2003 and finalized the sale in 2006 but was never able to begin restoration of the long-vacant theater.

The Lompoc Theatre Project purchased a $700,000 deed held by the former Lompoc Redevelopment Agency in October 2015 for the sum of $1. The organization has agreed to pay five years of property taxes dating back to 2011. Those taxes were reduced to about $60,000 after the nonprofit successfully appealed the county’s assessed value of the property.

The Lompoc Theatre Project first announced detailed restoration plans, including conceptual renderings, in December 2014. Among the features included in the plans is an expanded lobby, meeting room, rehearsal and dressing rooms for performing artists and an outdoor courtyard.

Among the types of events planned for the restored theater are live concerts, dance performances, movies and lectures.

“Art elevates everyone,” Herrier said. “And the youth of this town especially have been starved for a venue like this for far too long.”

The group also plans to offer the theater and adjoining spaces for special events, like weddings and private parties.

“We will be able to provide our community a unique setting for all kinds of events, celebrations and joyous occasions,” Herrier said.

A nonprofit organization that is working to restore and reopen the old downtown Lompoc Theatre recently has made progress in its efforts.

It was three years ago that actor/director Mark Herrier, a Lompoc native, got involved in the effort to restore the dilapidated downtown Lompo…

A Lompoc couple joined in marriage at a historic city landmark this past weekend, and in doing so made some local history of its own.