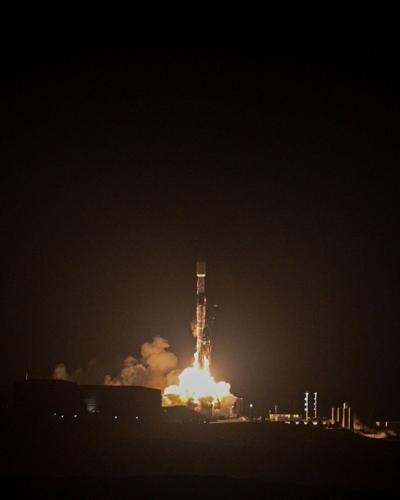 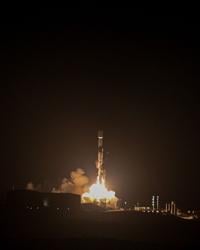 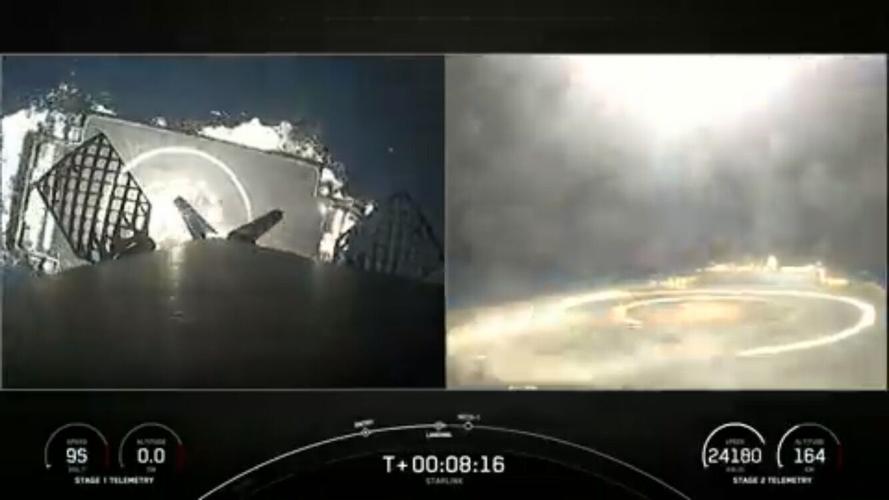 SpaceX's Farlcon 9 first-stage booster lands on the Pacific Ocean-based droneship Of Course I still Love You on Tuesday night.

The two-stage rocket was launched from Space Launch Complex 4E at 10:40 p.m., and separated more than 8 minutes after launch as designed.

The first-stage booster reentered Earth's atmosphere and successfully landed on the spaceport droneship Of Course I Still Love You, marking the seafaring vessel's 58th mission.

The autonomous landing platform is operated out of the Port of Long Beach and is one of three vessels that support SpaceX missions, two of which operate in the Atlantic — Just Read the Instructions and A Shortfall of Gravitas.

An hour after liftoff, SpaceX confirmed the rocket's second-stage booster had deployed its batch of satellites into low-Earth orbit.

The Starlink satellites, which will join a growing constellation of internet satellites, are designed to deliver broadband internet service to more than 400,000 customers in almost 40 countries with the capability of supporting streaming, online gaming, video calls and more, the aerospace company stated.

NASA and NOAA are targeting Nov. 1 for the launch of a weather satellite aboard a United Launch Alliance Atlas V 401 rocket from Vandenberg Sp…