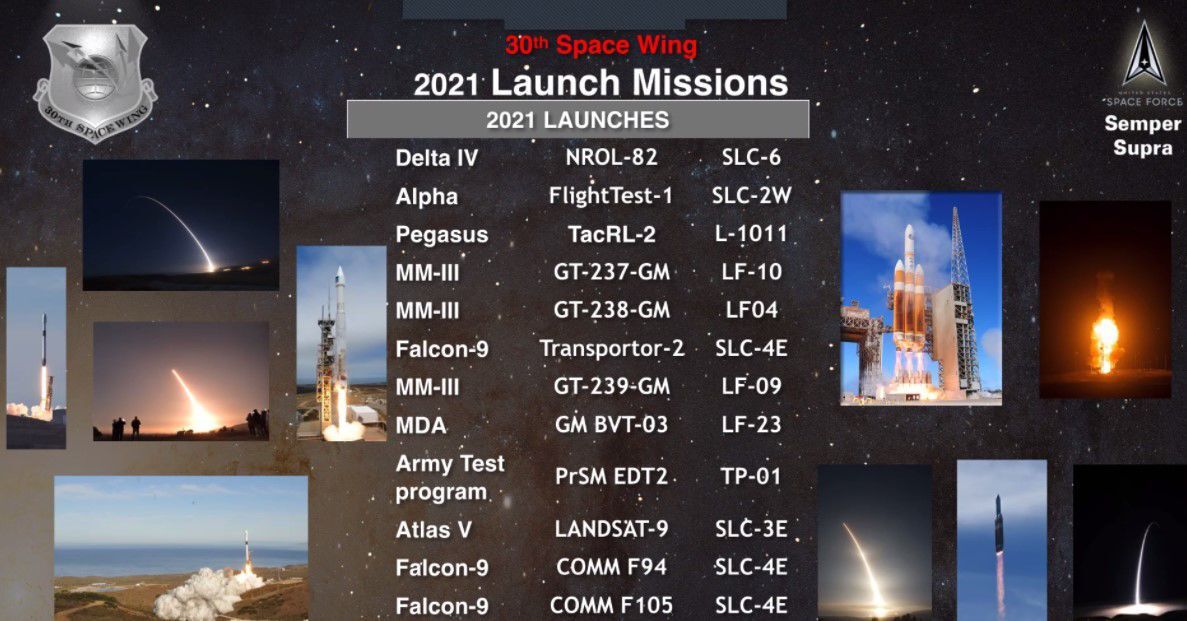 Col. David Rickards of the 30th Space Wing, left, delivered the annual State of Vandenberg Air Force Base address on Thursday, which was followed by a question-and-answer session facilitated by Glenn Morris, right, of the Santa Maria Valley Chamber of Commerce. 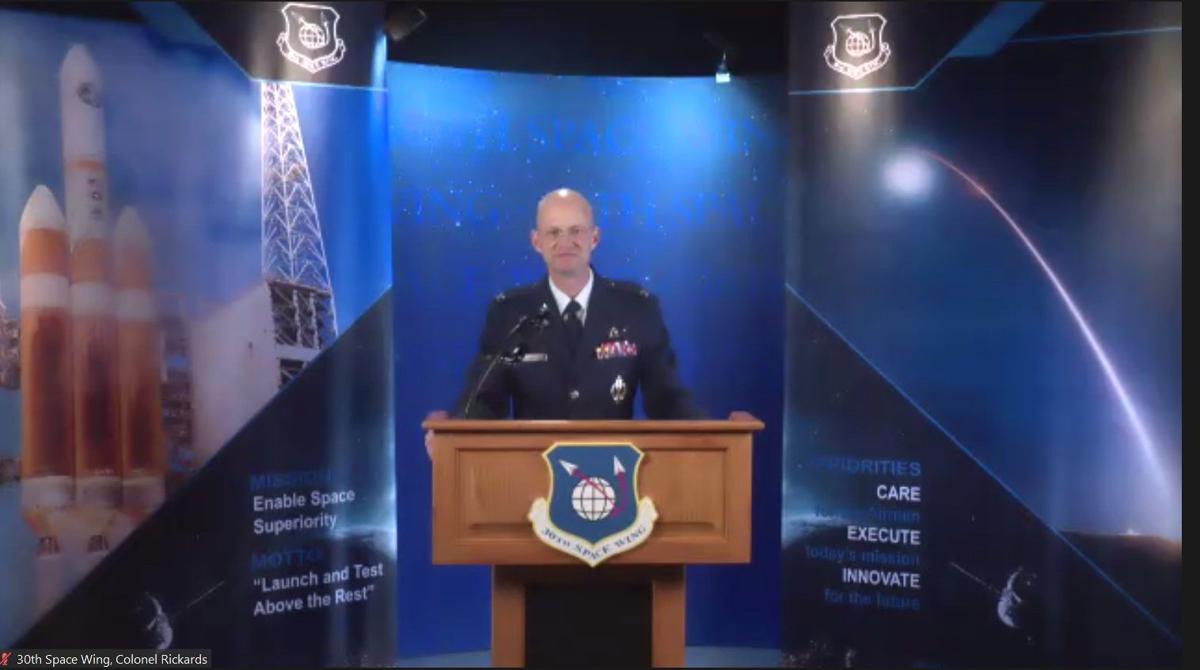 At least 12 launches are planned this year, including three Falcon-9 rockets and a Missile Defense Agency test, Col. David Rickards of the 30th Space Wing said Thursday, as he delivered the annual State of Vandenberg Air Force Base address via Zoom.

The launches are scheduled more frequently, in part, because of two launches planned in 2020 that were delayed until 2021.

The launch of the NROL-82 satellite at the end of April will include one of the last Delta IV heavy rockets, which will eventually be phased out.

Rickards, who spoke in place of Col. Anthony Mastalir, the 30th Space Wing’s commander. summarized the past year as “accomplished” despite the pandemic, and rolled out an ambitious agenda for the base in the coming months.

“Vandenberg Air Force Base will become Vandenberg Space Force Base,” Rickards said, adding there’s no date for the change but anticipates the transition happening soon. “With one of the highest launch tempos for the base, it’s going to be a busy year for the missileers, or a busy decade I should say.”

The name change reflects a transition for the base, which has served as part of the Air Force since the 1950s, including the 30th Space Wing changing its name to the 30th “Launch Delta,” or “Space Launch Delta.”

In addition, Air Force base personnel will eventually transition to Space Force personnel, said Glenn Morris, president of the Santa Maria Valley Chamber of Commerce, after the address.

“It has been an Air Force base for all of these years without any fixed wing, or rotary aircraft assigned to it,” said Morris. “It kind of always has been a Space Force base. Pretty much the same people doing the same work just wearing the same uniforms.”

Several missile and space agencies have maintained a presence at the base, such as the National Reconnaissance Office, the Missile Defense Agency, and private companies like Space X.

Other commercial entities at the base include Firefly Aerospace, which is expected to make its first launch from SLC-2 sometime in the future, according to Rickards, who added that Vandenberg officials are also trying to establish the base as an efficient space port.

In order to do that, Vandenberg signed a memorandum of understanding with Santa Barbara County, Cal Poly, the REACH organization and officials with the governor’s office last July to establish commercial partnerships and increase economic support for Vandenberg space operations, according to Rickards.

Rickards added that the base provided a $2.7 billion impact to the local community last year, which he called a conservative figure — the official numbers will be released in about a month.

The plan to expand commercial partnerships at the base will include a "Shark Tank" like panel that will allow companies to make their pitches to government officials for space-related projects on Nov. 26, and contracts will be awarded the same day, according to Morris.

While the base experienced a lost opportunity in 2020 in losing a bid to become the headquarters of the U.S. Space Force, Rickards hinted at the possibility of another opportunity: that Vandenberg could become the location of Space Force basic training.

Vandenberg already hosts a training campus for Space Force officers and enlisted personnel, according to Rickards, adding that the base's 99,000 acres could potentially accommodate such a command.

"We could become the Paris Island or the Lackland Air Force Base, or [Space Force] equivalent, if you will," Rickards said.

Col. David Rickards of the 30th Space Wing, left, delivered the annual State of Vandenberg Air Force Base address on Thursday, which was followed by a question-and-answer session facilitated by Glenn Morris, right, of the Santa Maria Valley Chamber of Commerce.