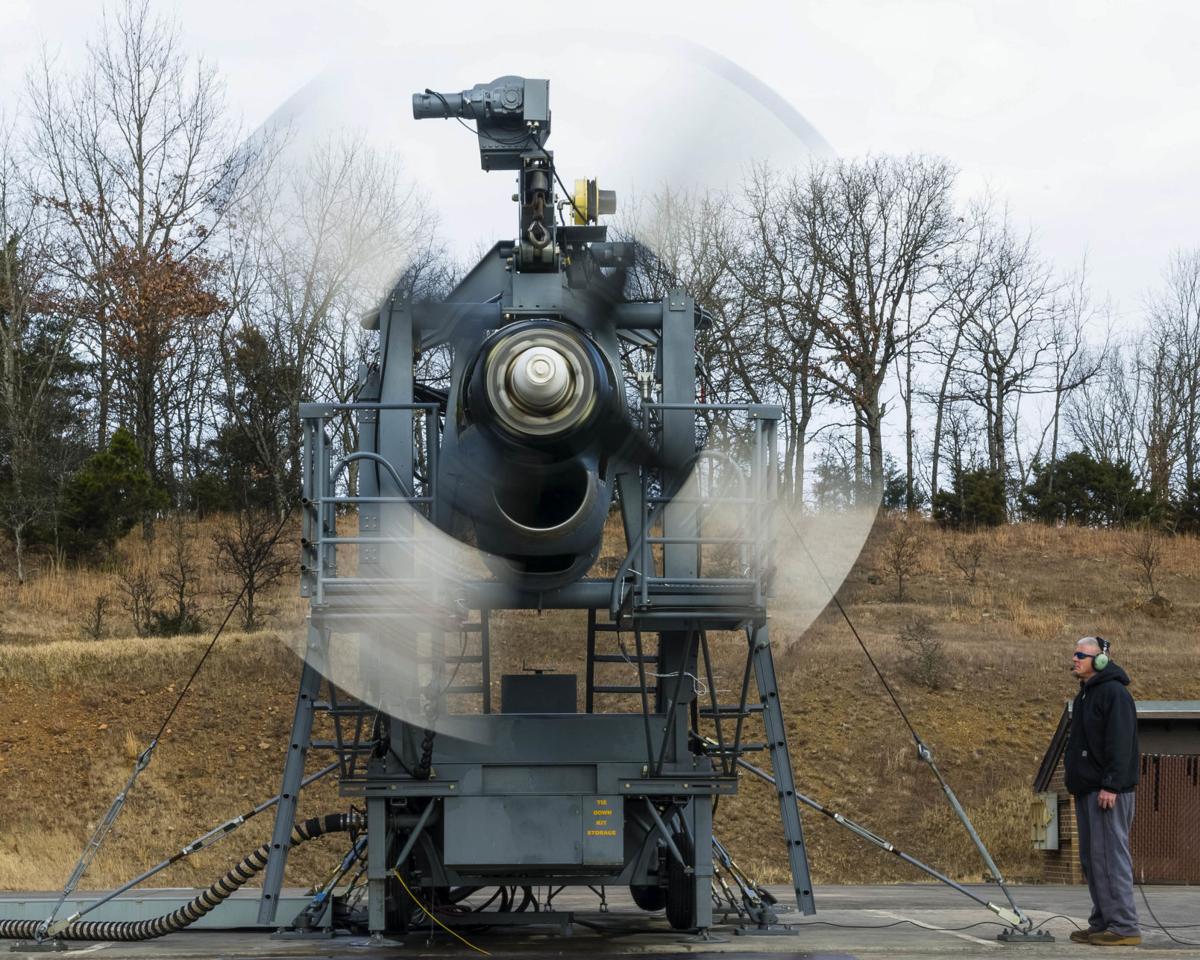 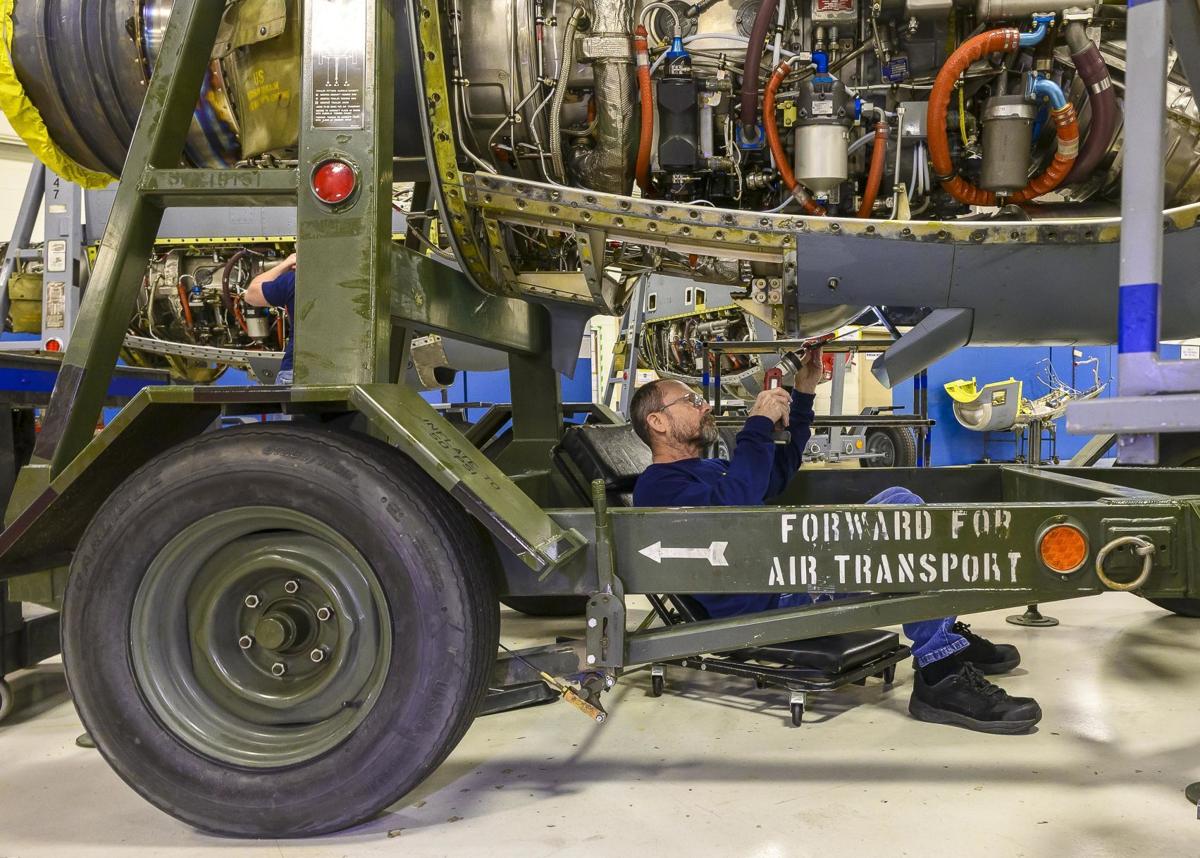 Since AFRC acquired the T-56 CRF maintenance contract in 2015, more than 190 C-130H engines were upgraded with the 3.5 modifications which provide significant improvements in fuel economy and performance. In addition, 395 of C-130H four-bladed props also received intensive maintenance. Each engine completes a thorough performance check at the T-56 test cell prior to delivery. The upgrades to the C-130 fleet at such a low cost will help ensure longevity across the tactical airlift fleet.

“I’m incredibly proud of the hard work our contractors perform here on a daily basis and much of it goes unseen,” said Tim Taylor, contracting officer representative. “Many personnel have more than 20 years of active-duty military maintenance experience and their efforts directly sustain the mobility force.”

The CRF team epitomizes cost-effectiveness as the average overhaul cost for a T-56 engine here is approximately $800,000 as compared to $1.5 million per engine from the commercial repair facility. After streamlining the repair process in 2001 to mimic an assembly line, the facility averages 12-16 days, or two days per each section to completely overhaul one engine.

The AFRC and Air National Guard still operate a multitude of C-130Hs while the active-duty component has been transitioning the tactical airlift weapon system to the C-130J Super Hercules model. This latest version of the airframe performs the same diverse roles such as airlift, aeromedical, weather reconnaissance, aerial spray, humanitarian assistance and more. Though the airframes are similar, the cutting-edge technology makes the J model perform in a different manner and the parts are incompatible.

“The C-130 is the workhorse of the Air Force and we are doing our part to provide long-term operational sustainment,” said Terence Hall, quality manager. “We have nearly 700 more engines to modify across the force and we are the only facility performing this modification. Not only do we service the engines and props, but also reviving associated aircraft ground equipment and creating quick engine change kits.”

U.S. Air Forces in Europe-Air Forces Africa, in conjunction with the Department of the Air Force’s Chief Architect’s Office, conducted a Combined, Joint All-Domain Command and Control demonstration in international waters and airspace in and around the Baltic Sea.

A winter storm without a name is just chilly weather. But when the National Weather Service names it, it becomes the winter storm of a lifetime … or at least in the eyes of Texas.

A Tyrannosaurus rex replica named “Stan” proudly stands in front of the Google Corporation’s headquarters in California. With his threatening gaze and gaping mouth, he provides a stark contrast to the rest of the campus. Google highlights the extinct apex predator as a sobering reminder innovation is more than just a term – we must ‘innovate or die’.

Army partners with Air Force’s THOR for base defense

In an effort to counter the increasing threat posed by enemy drones and other airborne threats, the U.S. Army is making an investment in directed energy prototype technology, with the Tactical High Power Operational Responder, or THOR, system, developed at the Air Force Research Laboratory’s Directed Energy Directorate at Kirtland Air Force Base, playing a key role.

An unarmed Minuteman III intercontinental ballistic missile was launched from Vandenberg Air Force Base in an operational test on Tuesday.