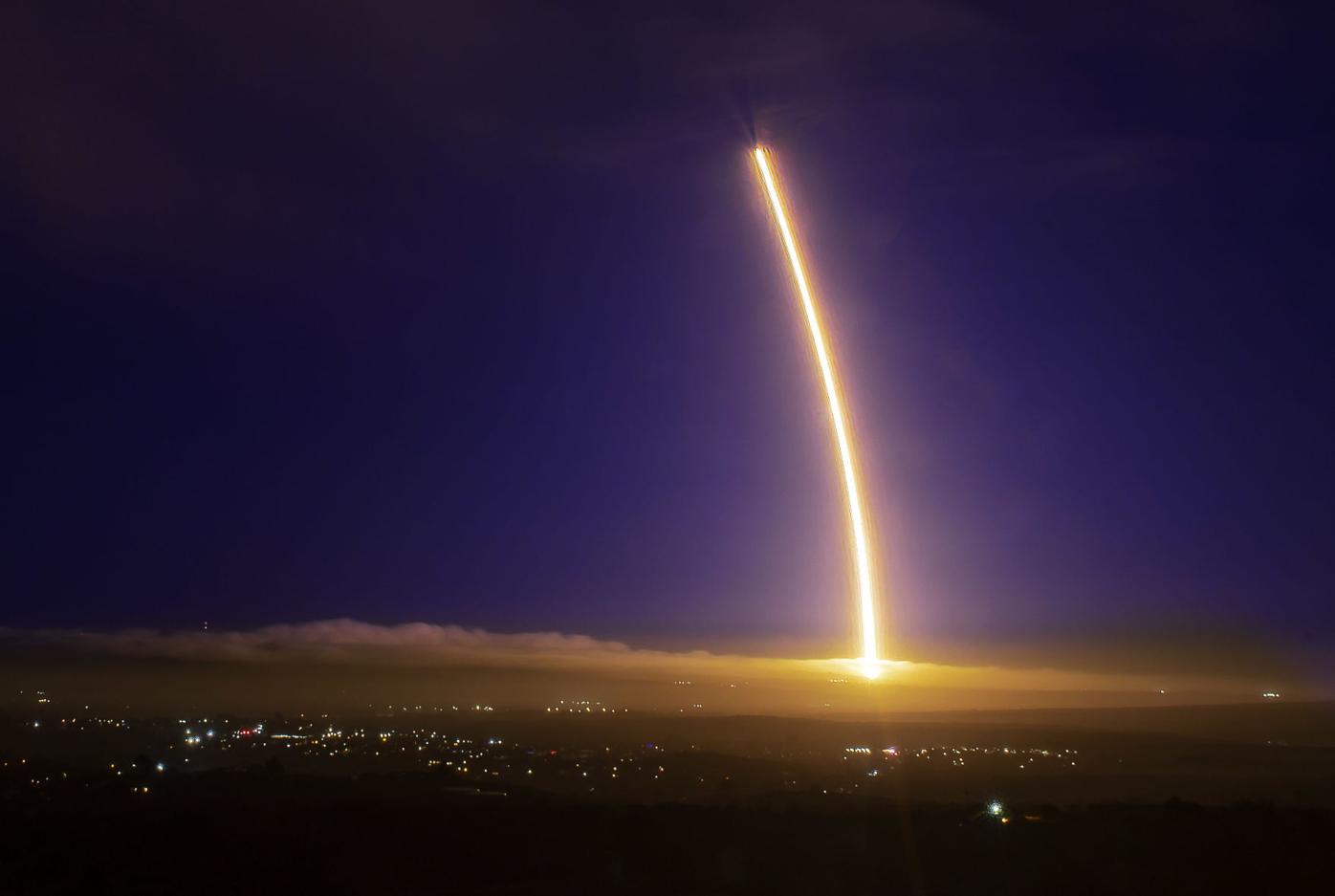 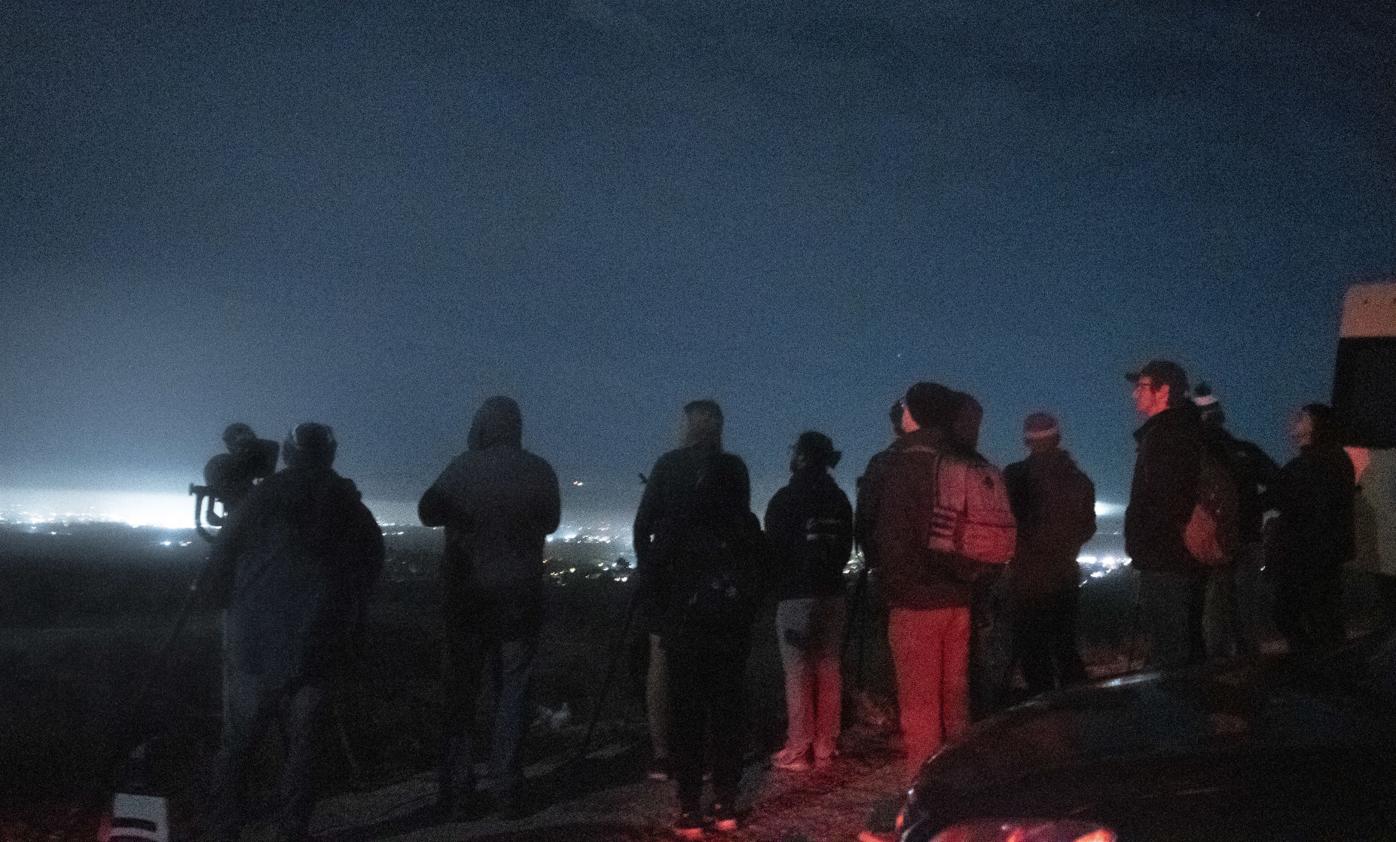 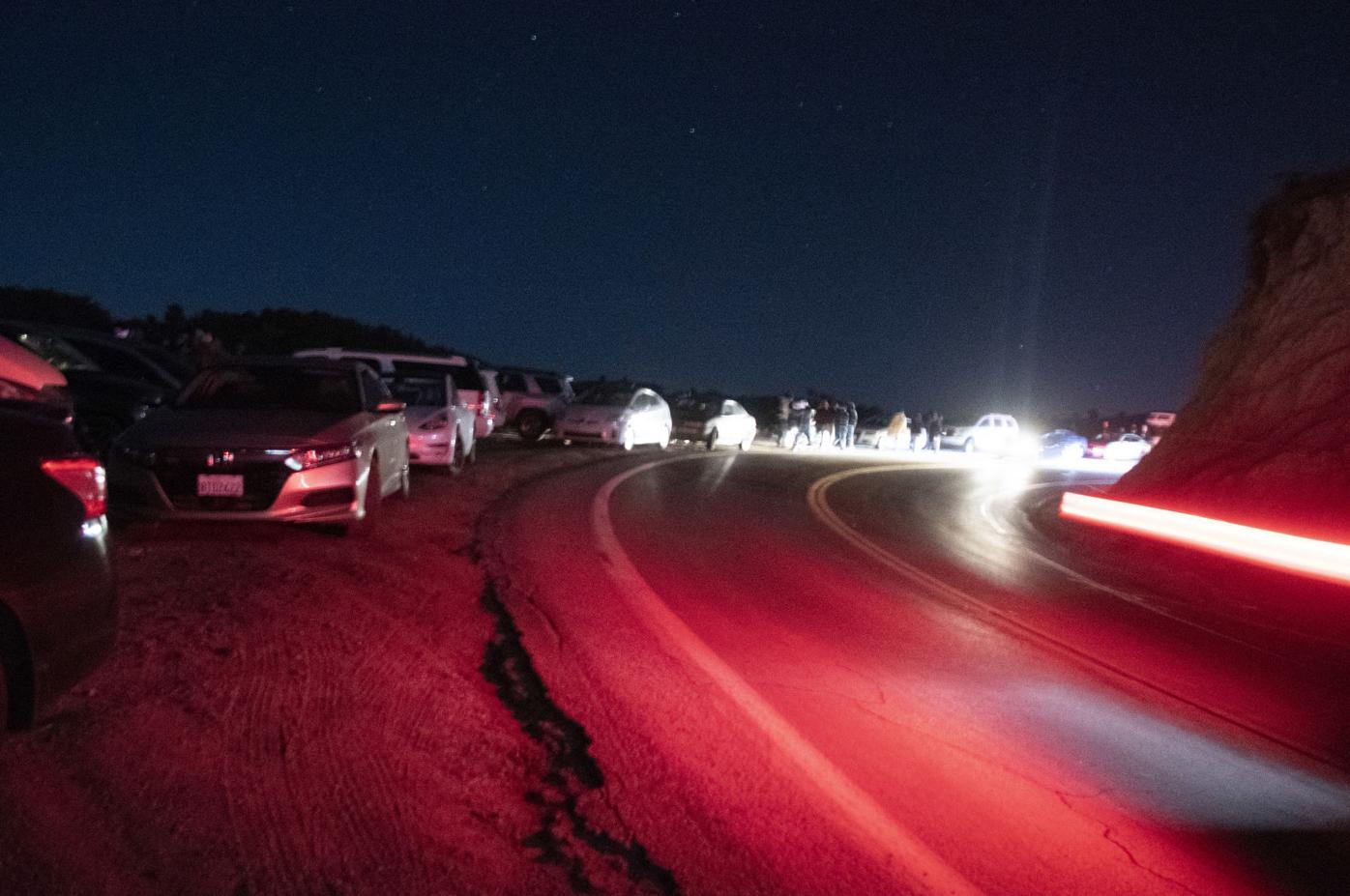 Spectators park on Harris Grade Road above Lompoc after a SpaceX Falcon 9 rocket launched from Vandenberg Space Force Base at 10:21 p.m. Tuesday. 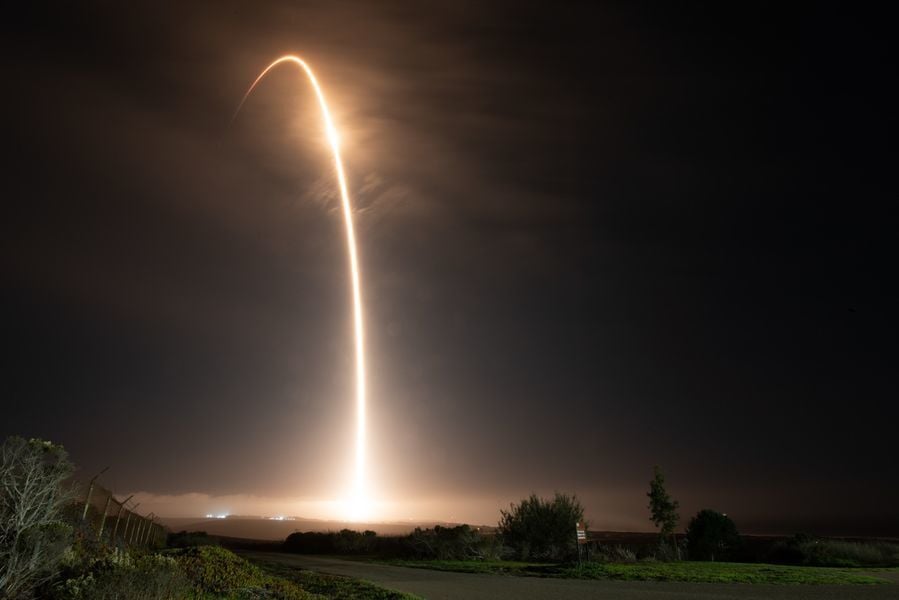 SpaceX's Falcon 9 lifts off from Vandenberg Space Force Base Space Launch Complex-4 in a show that lit up the dark, starry skies on Tuesday night. 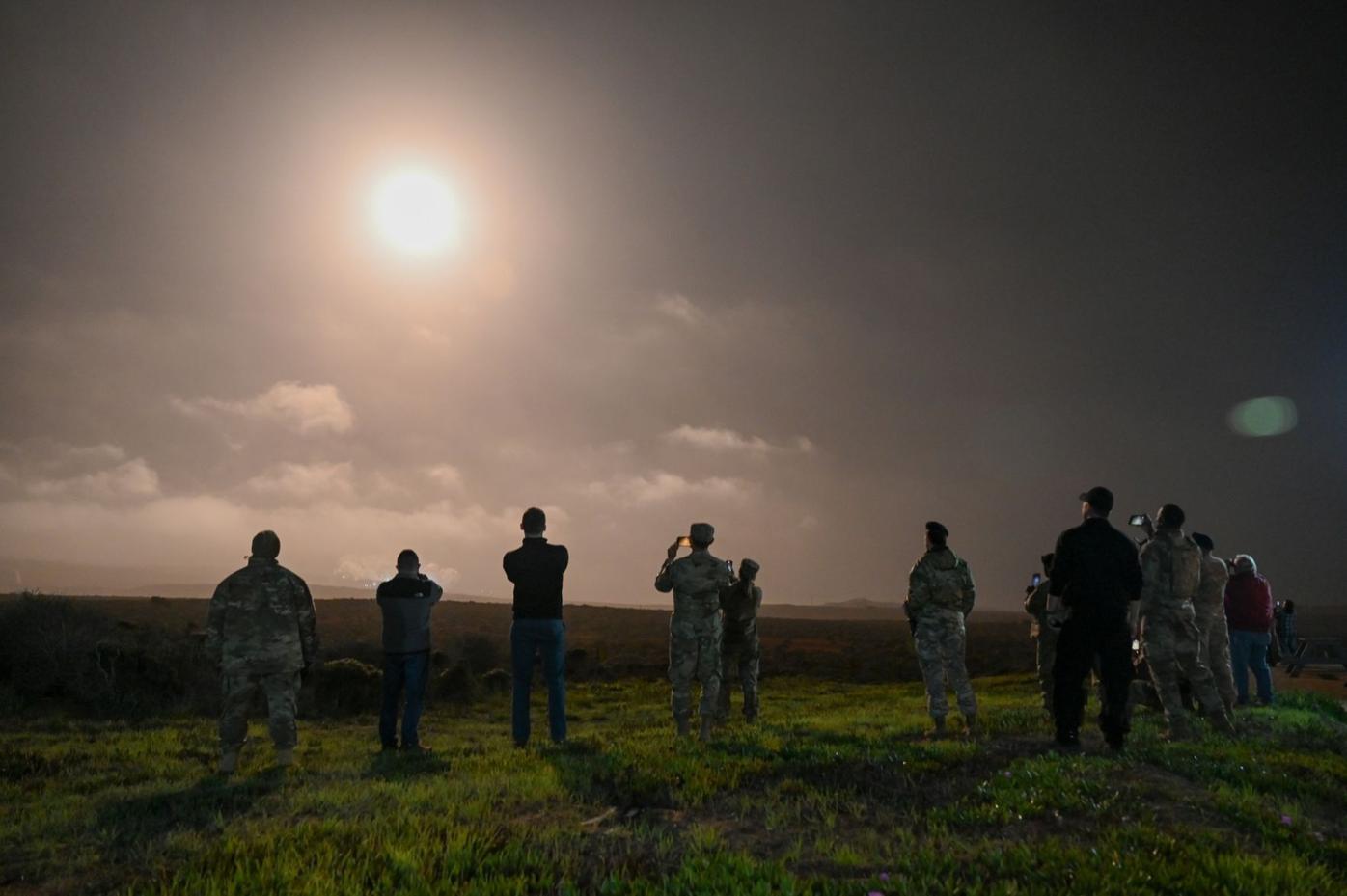 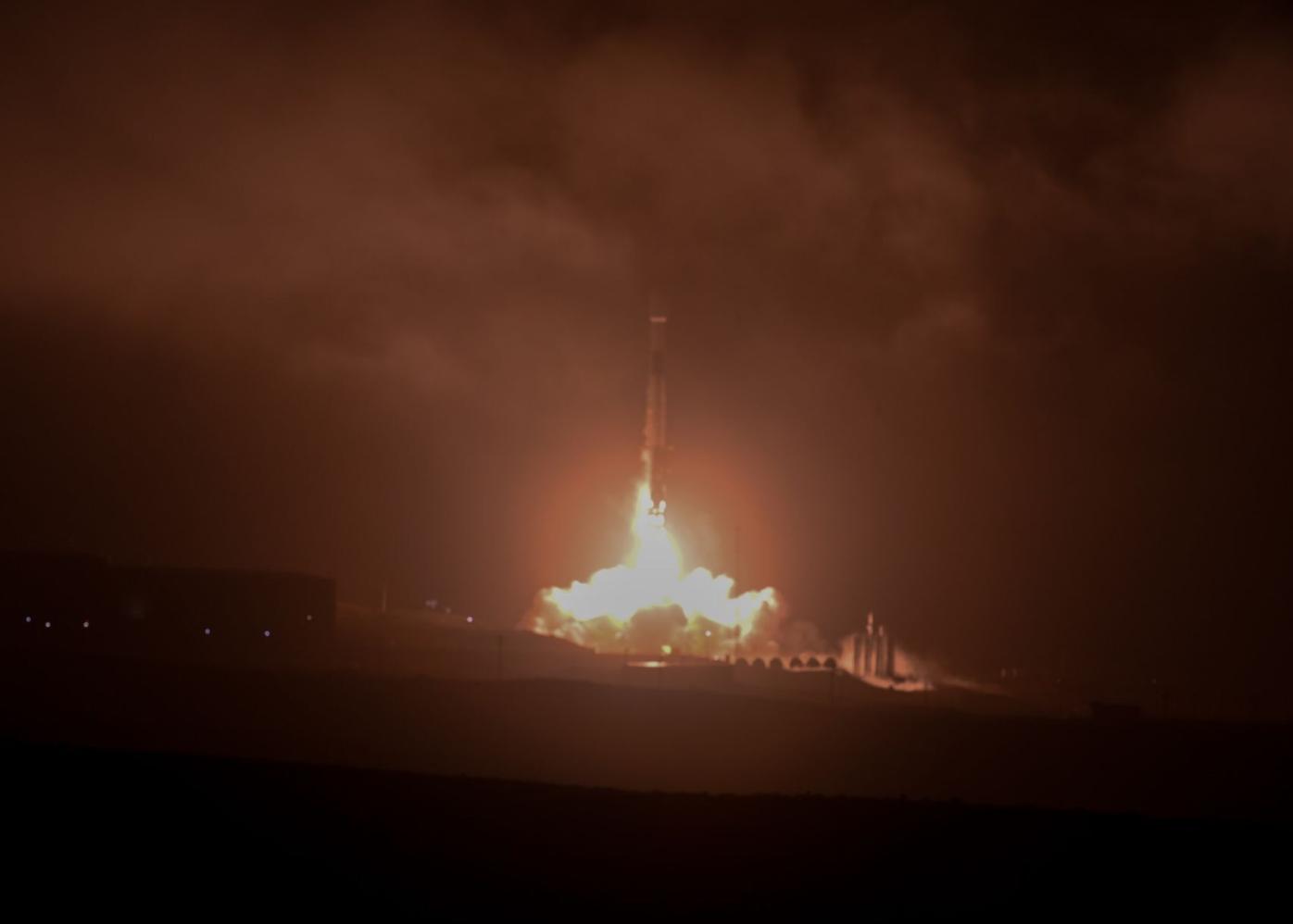 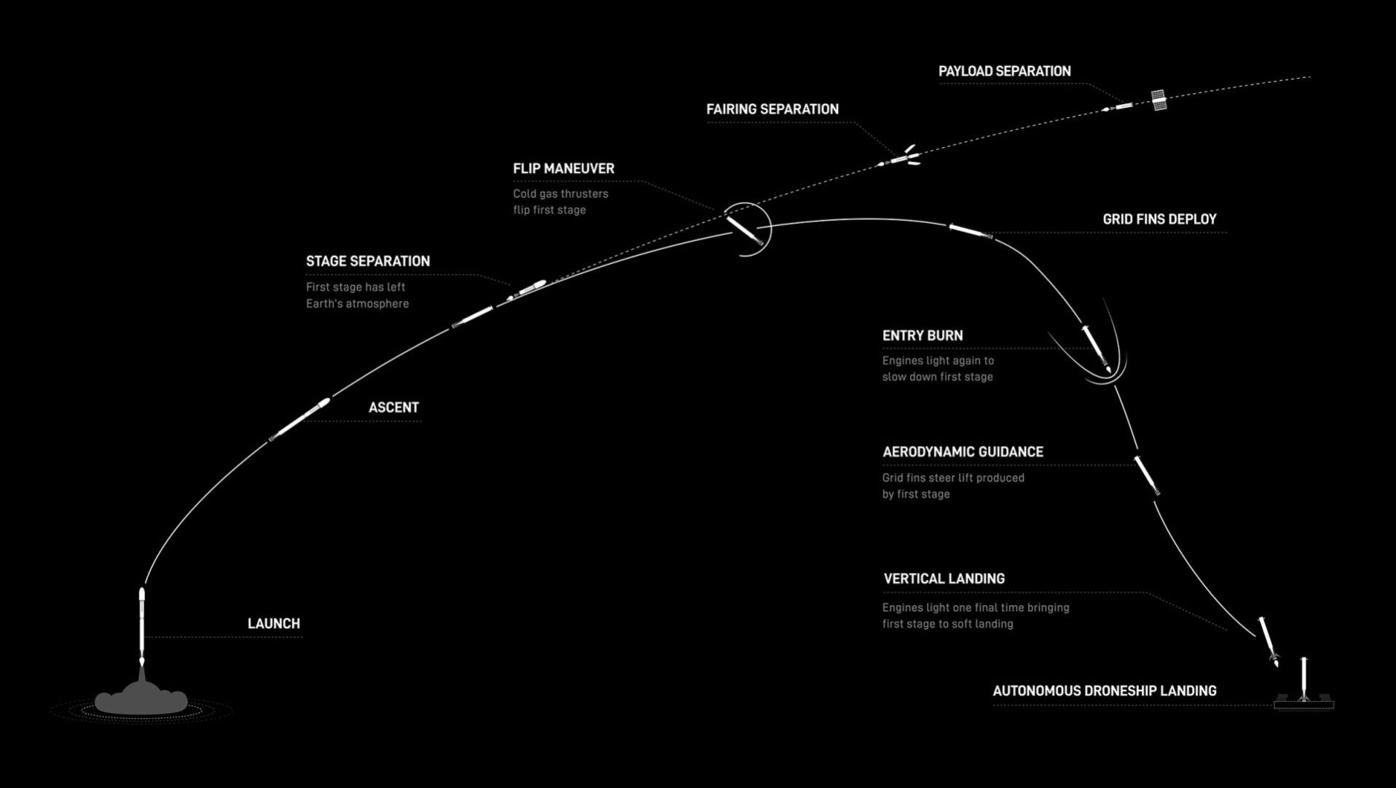 The diagram by SpaceX illustrates the multistage launch that blasted off from Vandenberg Space Force Base on Tuesday night.

Spectators park on Harris Grade Road above Lompoc after a SpaceX Falcon 9 rocket launched from Vandenberg Space Force Base at 10:21 p.m. Tuesday.

NASA's DART spacecraft was successfully launched from Vandenberg Space Force Base into the starry night sky Tuesday on a mission to collide with an asteroid 6,835,083 miles away from Earth.

The spacecraft is intended to self-navigate while traveling at a speed of 15,000 mph and intentionally slam into moonlet asteroid Dimorphos by September 2022, according to NASA officials. Dimorphos orbits larger twin asteroid Didymos.

As designed, the Falcon 9 first stage booster successfully separated from the spacecraft just minutes into flight and landed on the "Of Course I Still Love You" droneship located in the Pacific Ocean, off the coast of Baja, California.

At 11:16 p.m., DART separated from the second stage of its launch vehicle and "started the process of detumbling the spacecraft to a safe orientation for deploying its solar arrays," according to mission operators at the Johns Hopkins Applied Physics Laboratory who are responsible for building and managing the mission, a project they say was a decade in the making.

“DART is turning science fiction into science fact and is a testament to NASA’s proactivity and innovation for the benefit of all,” said NASA administrator Bill Nelson in a statement Wednesday morning. “In addition to all the ways NASA studies our universe and our home planet, we’re also working to protect that home, and this test will help prove out one viable way to protect our planet from a hazardous asteroid, should one ever be discovered that is headed toward Earth.”

While there are currently no known hazards to Earth, targeting the Didymos binary asteroid system is the ideal candidate for DART, officials say, as it poses no actual impact threat to Earth, and scientists can measure the change in Dimorphos’ orbit with telescopes once impact occurs.

Outcomes of the mission, which marks the first interplanetary defense test, will more importantly demonstrate a potential method of protecting Earth from hazards in the future.

“It takes the entire team for a safe and successful launch,” said Col. Rob Long, Vandenberg's Space Launch Delta 30 commander and launch decision authority. “I congratulate NASA on achieving the first step in this program’s journey on its planetary defense test mission. We are proud to be a part of this team.”

To watch a recording of the mission, go to NASA TV or at SpaceX.com.

Hancock College is partnering with NASA for two days of space-focused activities and workshops leading up to the agency's Nov. 23 launch of the Double Asteroid Redirection Test from Vandenberg Space Force Base.

If all goes as planned, the Double Asteroid Redirection Test, or "DART" spacecraft will travel 6,835,083 miles at a speed of roughly 15,000 miles per hour and ultimately crash into a smaller asteroid named Dimorphos by the fall of 2022.