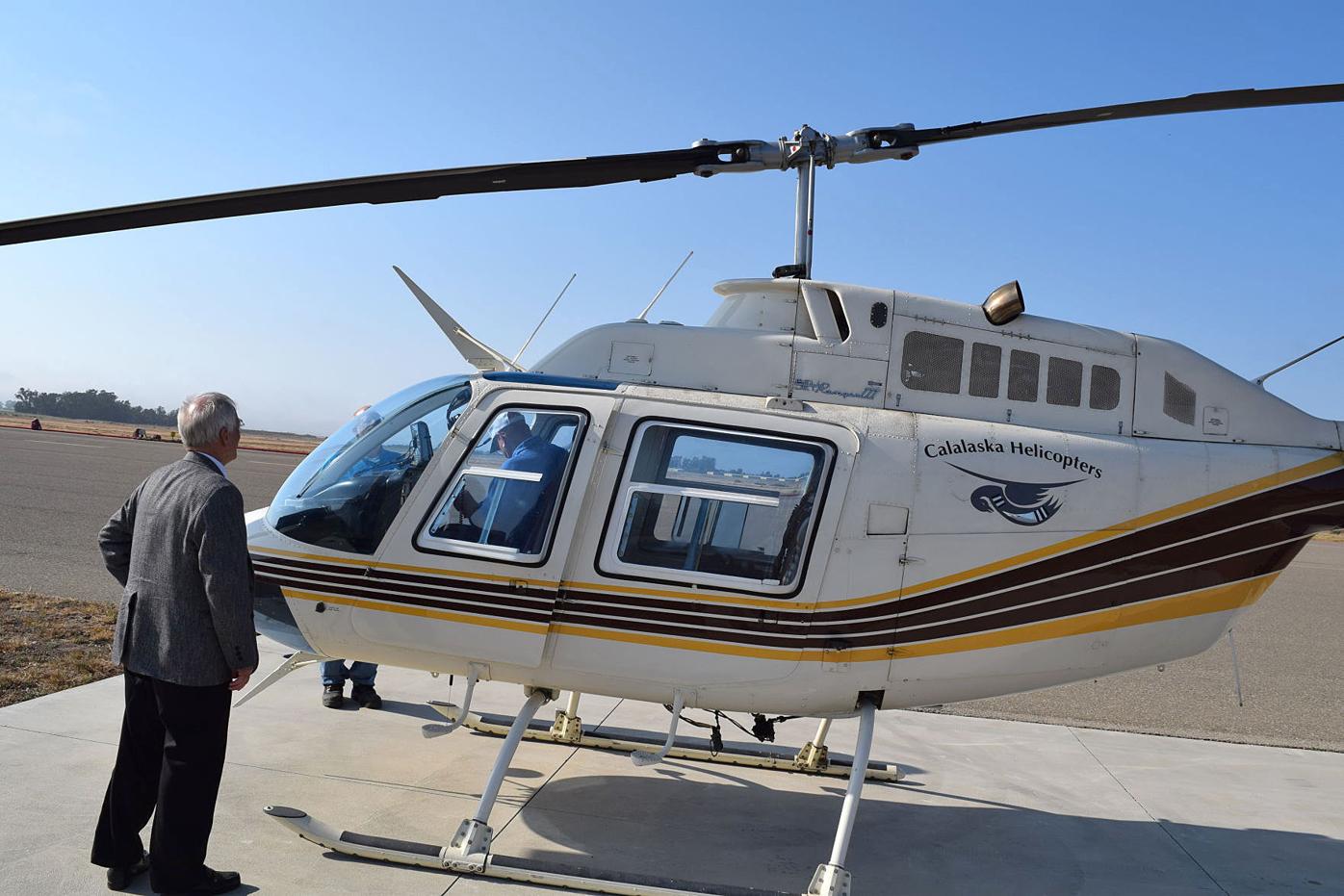 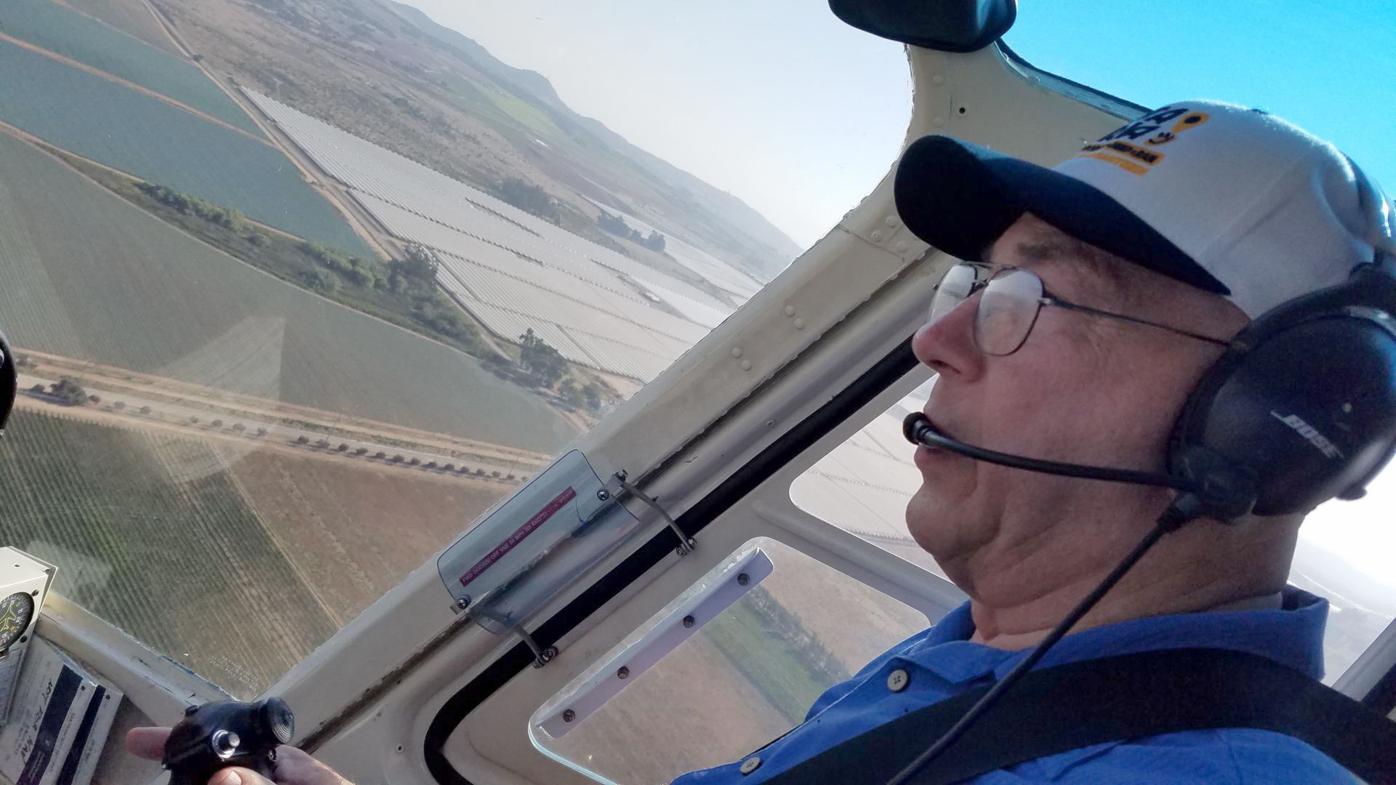 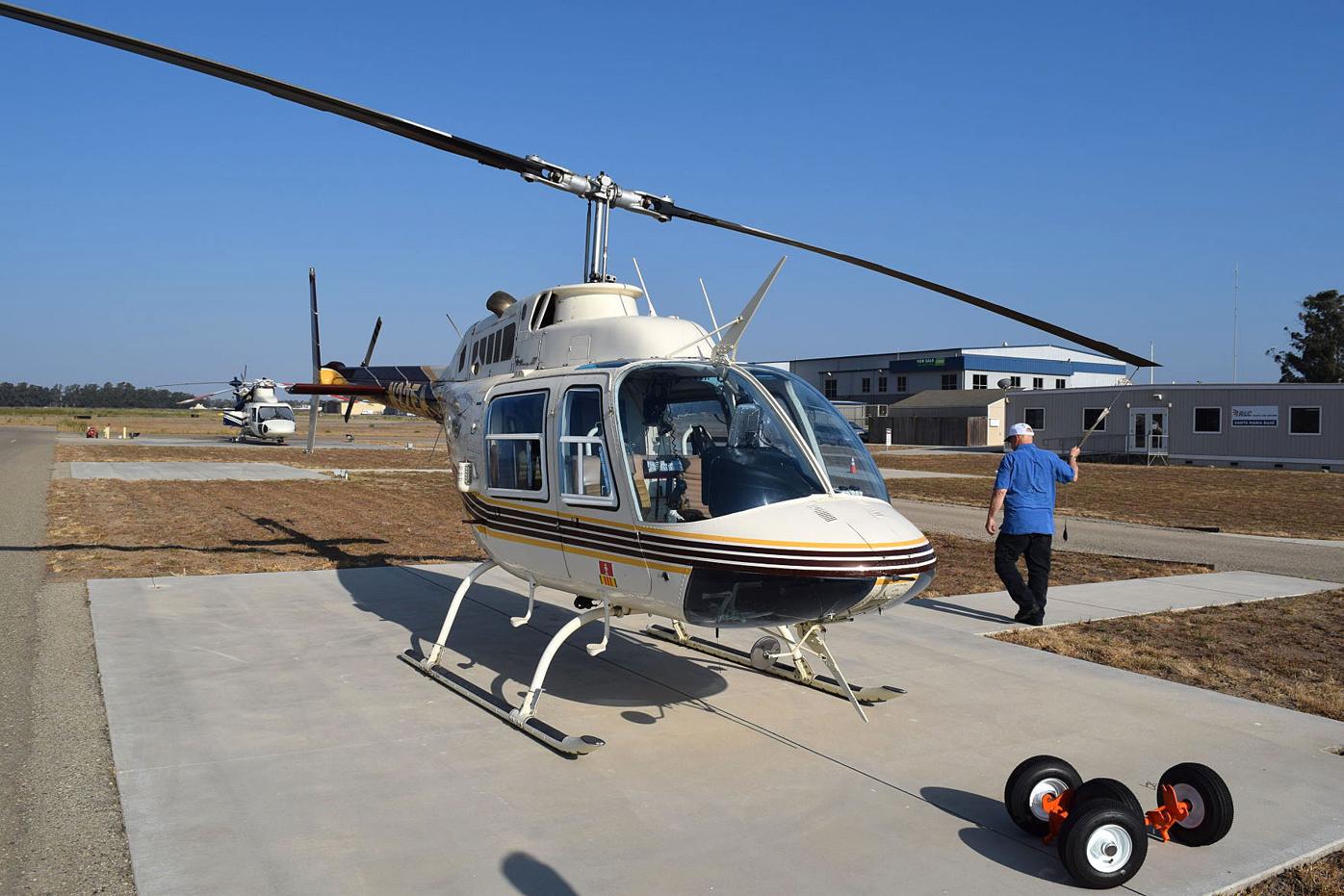 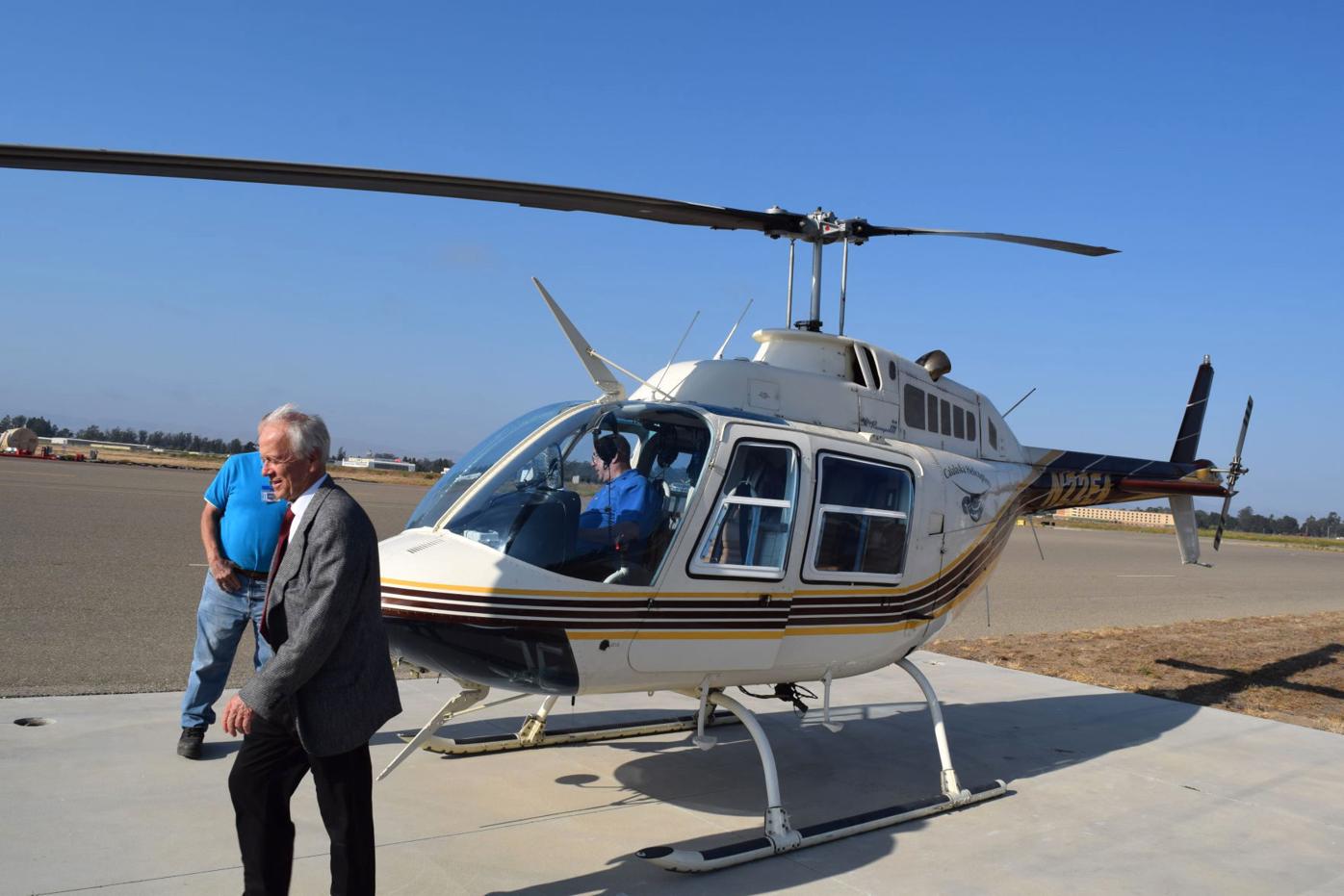 Dave Baskett, owner of Calalaska Helicopters, a new service based in Santa Maria, walks away from his company's airship while its crew attends to the helicopter after a flight.

Dave Baskett, owner of Calalaska Helicopters, a new service based in Santa Maria, walks away from his company's airship while its crew attends to the helicopter after a flight.

A new business ready help fight local wildfires and serve industries' aerial needs is the first of its kind to land at the Santa Maria Public Airport.

“In Santa Maria, there are no other helicopter fire operations that are based here. There are helicopters that come in, but they are from other places, like Oregon,” Baskett said.

He added that the fixed-wing aircraft and air tankers are not based in Santa Maria, but rather, in Nevada, Idaho and Colorado.

Calalaska’s Bell 206B Jet Ranger helicopter was certified by Cal Fire and the U.S. Forest Service earlier this month.

“We are in service now. We are hot and ready to go," Baskett said.

Beyond firefighting, Calalaska can help leaders in the oil, agricultural or other industries get a bird's-eye view of their fields and operations.

Mike Holtsclaw, chief pilot for Calalaska Helicopters Inc., is working to develop other types of business for the company when it’s not helping to battle fires, including the option of taking winery clients on special tours as part of their tasting packages.

The value of private firefighting aircraft

The Santa Barbara Foundation recently supplied a grant to the institute and Baskett’s company to research how community-based helicopters can work into existing firefighting plans.

“Unlike other aircraft, helicopters can also rescue people and deliver emergency supplies to a home. With a community-based helicopter, the extra safety stays near,” Holtsclaw said.

Holtsclaw said, though it can expensive, “aerial firefighting has been proven to save human lives, and protect valuable property and the environment. In the same way that a community fire station provides a sense of security and comfort, aerial fire tankers, scoopers and helicopters can add a very important level of community value.”

The general cost of any aviation operation is high, but the flexibility of private firefighting helicopters can bring down costs.

According to the report, the cost of community-based firefighting helicopter is about 41 to 53 percent per gallon of water delivered less than existing strategies.

Ready to answer the call

When Calalaska is dispatched to a fire, more than just a helicopter takes flight.

“Anytime the helicopter goes, the fuel truck will go along. It has about 10 hours of fuel in it,” Baskett said. “I have to have Mike here, and a certified truck driver with Hazmat to drive the fuel truck.”

The support truck carries fuel and has a mobile helipad so the helicopter can land almost anywhere to receive fuel, supplies or passengers.

With a mobile base of operations, Calalasaka’s helicopter is less expensive to run because it carries necessary supplies and doesn't have to return to a fixed base.

“The drivers go and they camp out. They stay there working six days at a time until the fire is out or someone tells them to go home,” Baskett said.

When working a fire, Calalaska’s helicopter is equipped to help with just about any need.

But Calalasaka helicopter’s size and maneuverability is suited for other important tasks.

“The lighter helicopters tend to be used for more ‘eye-in-the-sky’ stuff,” Baskett said.

The Santa Maria-based airship is equipped with a dual FM radio system. From high above the fire, the pilot can direct resources, map the blaze and spot potential hazards.

“It has a tracking device, so anyone in the fire service can see where it is, or how fast it is going in the nation,” Baskett added.

Many firefighting aircraft are privately owned

Public firefighting agencies in California and across the nation employ privately owned aircraft to combat wildfires most of the time, according to Baskett, who said the industry is about 80-percent private.

The Forest Service owns about 20 or 30 aircraft, he said, and contracts with 700.

“The Forest Service tankers, the DC-10, the 146s and those things, all of those belong to private commercial companies, none of them belong to public companies," Baskett said. "A lot of them are small mom-and-pops.”

Cal Fire is unique in that it owns most of its aircraft and contracts with others when needed, Baskett said. The firefighting agency does contract with a company on a 10-year cycle to fly, maintain and operate those aircraft.

Private aviation companies have two types of contracts with public agencies: exclusive use and on-call when needed.

Exclusive use means an aircraft has to be ready to fly within 20 minutes of a call for service and has an aircraft team that's readily available. During fire season, the company that owns the aircraft and employs the crew receives a daily rate to be at the ready, according to Baskett.

Historically, the California fire season was about five to six months out of the year. In recent years, however, the fire season has been nearly year-round.

Calalaska Helicopters Inc. remains at the ready to meet those needs, employing an on-call contract for agencies who need aircraft at any time.

For the last decade, Baskett’s company, IES LLC, has been working toward its ultimate goal of expanding its operations to include the construction, service and distribution of a large Russian-design firefighting fixed-wing aircraft, the Be-200.

Acquiring and relocating Calalaska to Santa Maria is part of Baskett’s plan to produce the plane here in Santa Maira.

“We will sign that financing document in Paris in the next two months,” Baskett said.

His plan, when complete, could mean hundreds of jobs in the near future, from the construction of the needed facilities to the crews that will build and service the aircraft.

“We are close. The wagon is moving and we haven’t fallen off of it,” Baskett said.

To book a trip or learn more about Calalaska Helicopters Inc., call 925-0999.

To see a video, visit santamariatimes.com.