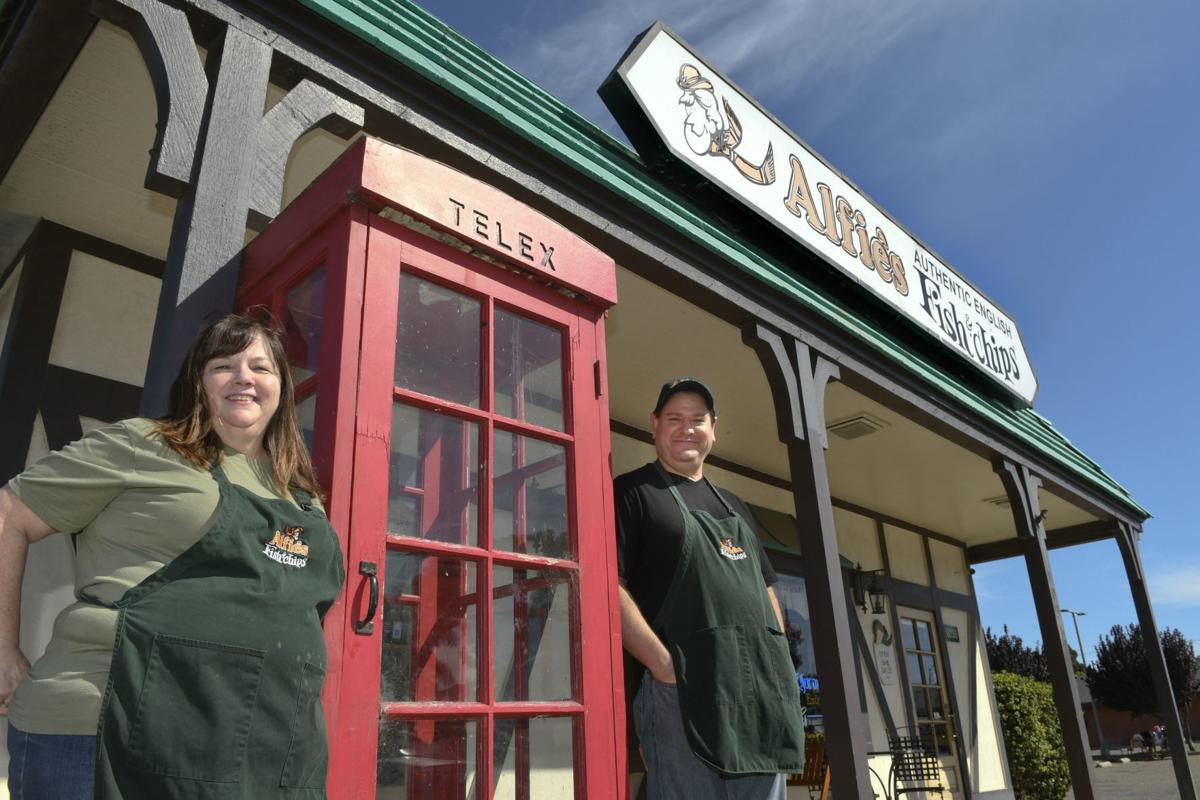 Nellie and Mike Sewall pose in front of Alfie's Fish & Chips at 1036 North H Street in Lompoc. The owners are moving the business to the restaurant vacated by Scratch Kitchen. 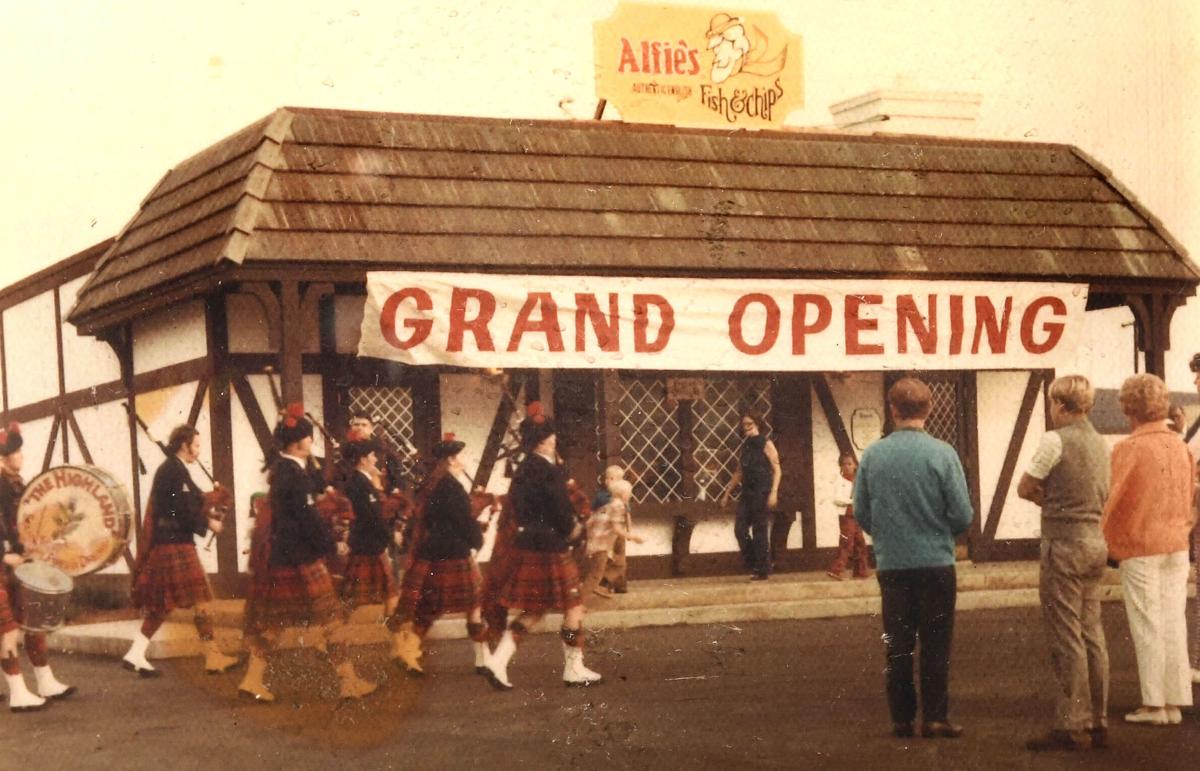 Bagpipers march in front of Alfie's Fish & Chips during the grand opening ceremony in December 1969 in Lompoc. 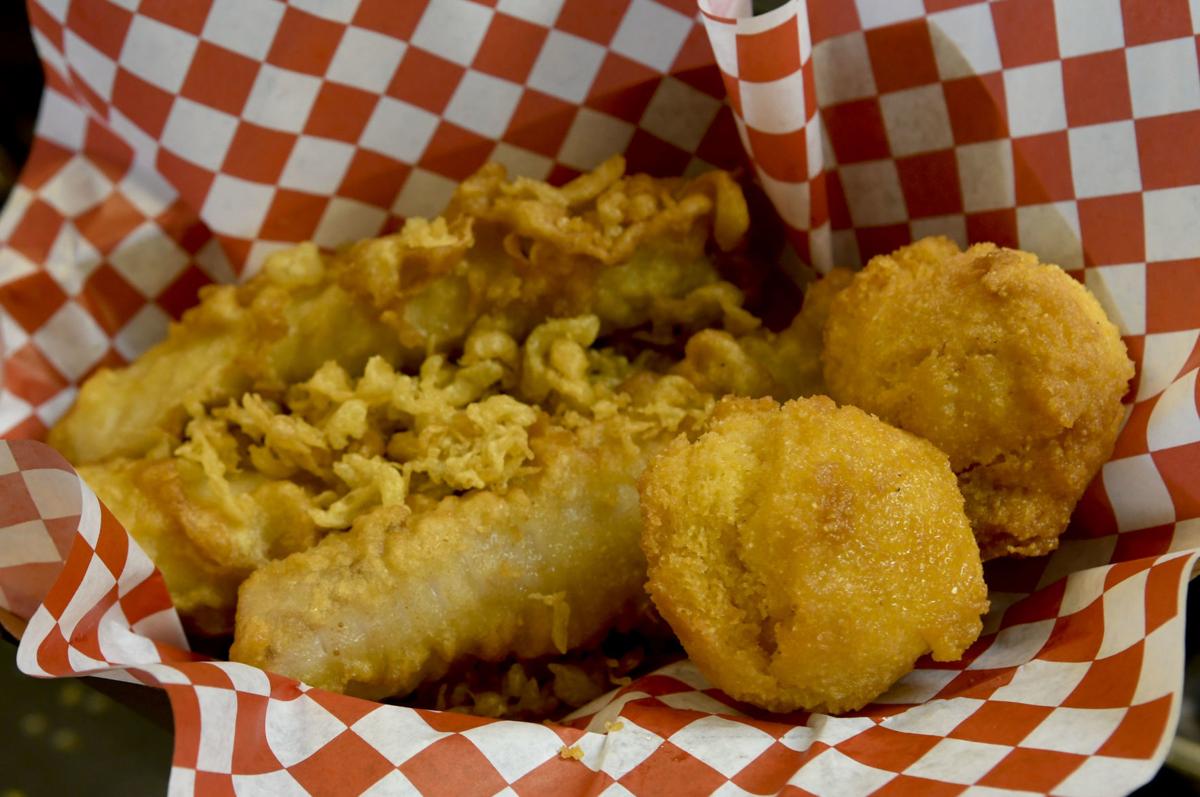 An order of fish and hushpuppies is ready for a customer at Alfie's Fish & Chips. The longtime Lompoc restaurant is moving down North H Street to the restaurant vacated by Scratch Kitchen. 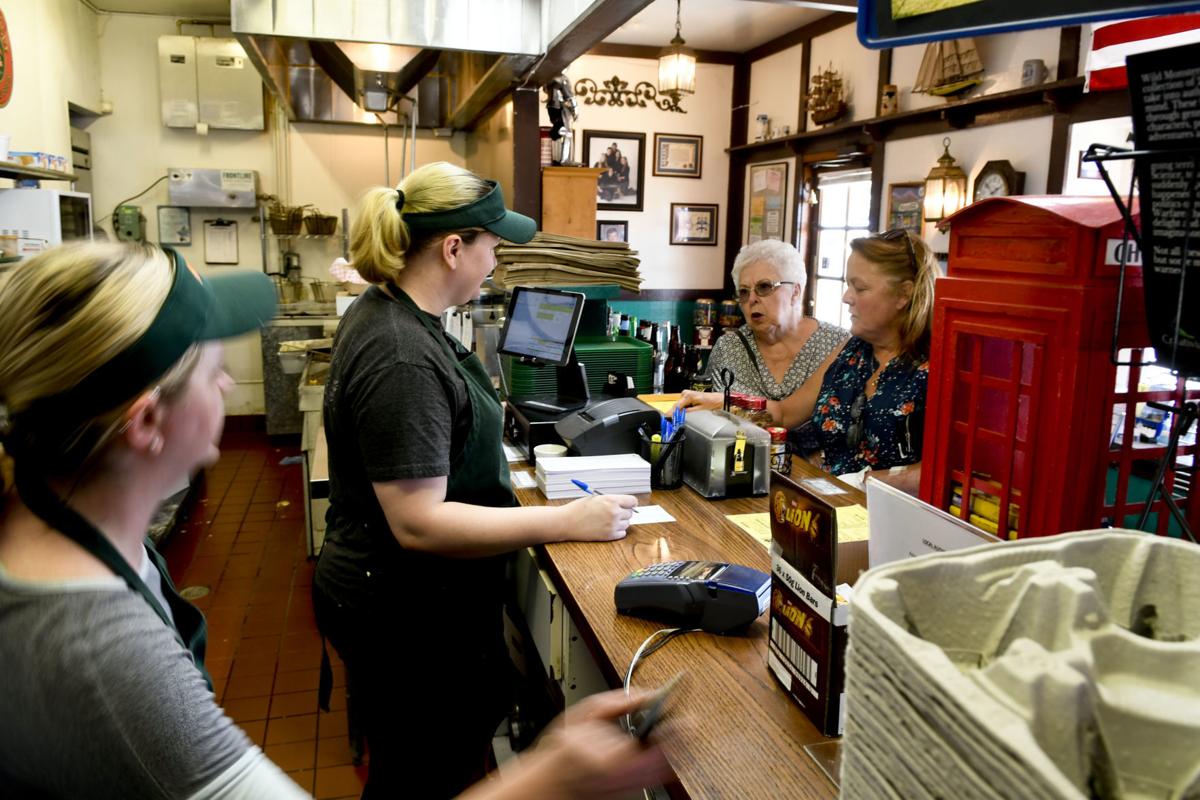 Employees work the counter at Alfie's Fish & Chips, located at 1036 North H Street. The owners are moving the business to the restaurant vacated by Scratch Kitchen.

A Lompoc restaurant that has been in operation for 50 years — and is also the last survivor from a once-popular national chain — is set to move to a new location that has its owners excited for what they hope will also be a lengthy future.

Alfie's Fish & Chips, located in the Northside Shopping Center at 1036 North H St., is slated to relocate to the building at 610 North H St. that formerly housed Scratch Kitchen up until that eatery’s closure on Aug. 18. Mike and Nellie Sewall, who have owned the Lompoc Alfie’s restaurant since 2001, said Friday they were thrilled for the upcoming move, which they hope to complete by Nov. 1.

“It’s a whole new world for us,” Nellie Sewall said.

The owners’ excitement, they said, is mostly rooted in what they see as a great opportunity presented by the new building, which will be twice the size of the current restaurant and also have a bar and space for TVs.

Since its original opening on Dec. 21, 1969, the Lompoc Alfie’s Fish & Chips has specialized in English-style seafood fare, and the restaurant also offers a selection of more than 20 beers. Currently, all of the food is either fried or baked in a small oven.

Scratch Kitchen, located at 610 North H St., will serve its final meals on Sunday, Aug. 18, according to co-owner/manager Augusto Caudillo. The closure of the restaurant, which is owned by Caudillo and his sister and brother-in-law, was announced on social media this week.

In the new building, which was renovated by the former Scratch Kitchen owners before that restaurant's opening in May 2015, the Sewalls will have a grill, stove and larger ovens. That equipment, which couldn’t be installed in the current Alfie’s due to space limitations, will allow them to add new menu items, including desserts.

They also plan to utilize the bar by offering a wider selection of beers, including a plan to add imported English beers on tap.

The owners plan to bring all of the restaurant’s 10 employees — including their daughter and niece — with them to the new location, as well as hire more staff to work in the larger kitchen and bar.

Despite the many changes the move will afford, the Sewalls said they plan to have the restaurant operate as it does currently with no table service. That means customers will continue to order from the counter and pick up their food when it’s ready.

The move marks the most significant change at the restaurant since its opening five decades ago. The restaurant was part of a Texas-based national chain when it opened in Lompoc in 1969 under then-owners Jack and Margaret Clairney. The Lompoc franchise was the 21st in the chain.

The restaurant’s parent company went bankrupt in the early 1970s and all of the individual stores became independent. The Sewalls, who were married 13 years before divorcing six years ago, ultimately purchased the restaurant from the Clairney’s daughter, Colleen Staffel, 18 years ago.

At the start of 2019, there were just two Alfie’s locations remaining — the one in Lompoc and the original restaurant in Texas City, Texas. That Texas location closed in January, however, leaving Lompoc’s as the last store standing.

The Sewalls, who are active in the business’s operation, said that another potential perk with the new location is that they may have an opportunity to purchase the building in the future. They are renting the current space, which was built specifically for the restaurant and has housed it for the past 50 years.

The Sewalls said they can’t wait to make the new space their own.

They intend to take over much of the English décor from the current space, some of which has been at the restaurant since 1969 and some that has been donated by customers over the years since.

“We didn’t start Alfie’s, but we took it over, and now we’re going to take our own version of Alfie’s into this new space,” Mike Sewall said. “We’ll adapt to the space, but we’ll also make it our own.”

The plan, according to the Sewalls, is to have a grand reopening celebration in December, which will also mark the restaurant's 50-year anniversary.

The Sewalls said they’ve been encouraged by the positive comments they’ve received since announcing the impending move on social media this month. They said they’re also appreciative for the Lompoc community allowing the restaurant to thrive all these years.

“A few [people] are sad because this has been here for 50 years, but they understand that you can’t control rent and you can’t control what happens; you’ve just got to go with the flow,” Nellie Sewall said. “And that’s what we’re trying to do — keep going and keep this restaurant in Lompoc, because we don’t want to go anywhere else.”

La Botte Italian Restaurant, at 812 North H St., underwent a makeover over the past several months as artist Nadine Mitchell repainted and updated the large barrels outside of the business’s main entrance, as well as several other areas both outside and inside the eatery.

Nellie and Mike Sewall pose in front of Alfie's Fish & Chips at 1036 North H Street in Lompoc. The owners are moving the business to the restaurant vacated by Scratch Kitchen.

Bagpipers march in front of Alfie's Fish & Chips during the grand opening ceremony in December 1969 in Lompoc.

An order of fish and hushpuppies is ready for a customer at Alfie's Fish & Chips. The longtime Lompoc restaurant is moving down North H Street to the restaurant vacated by Scratch Kitchen.

Employees work the counter at Alfie's Fish & Chips, located at 1036 North H Street. The owners are moving the business to the restaurant vacated by Scratch Kitchen.