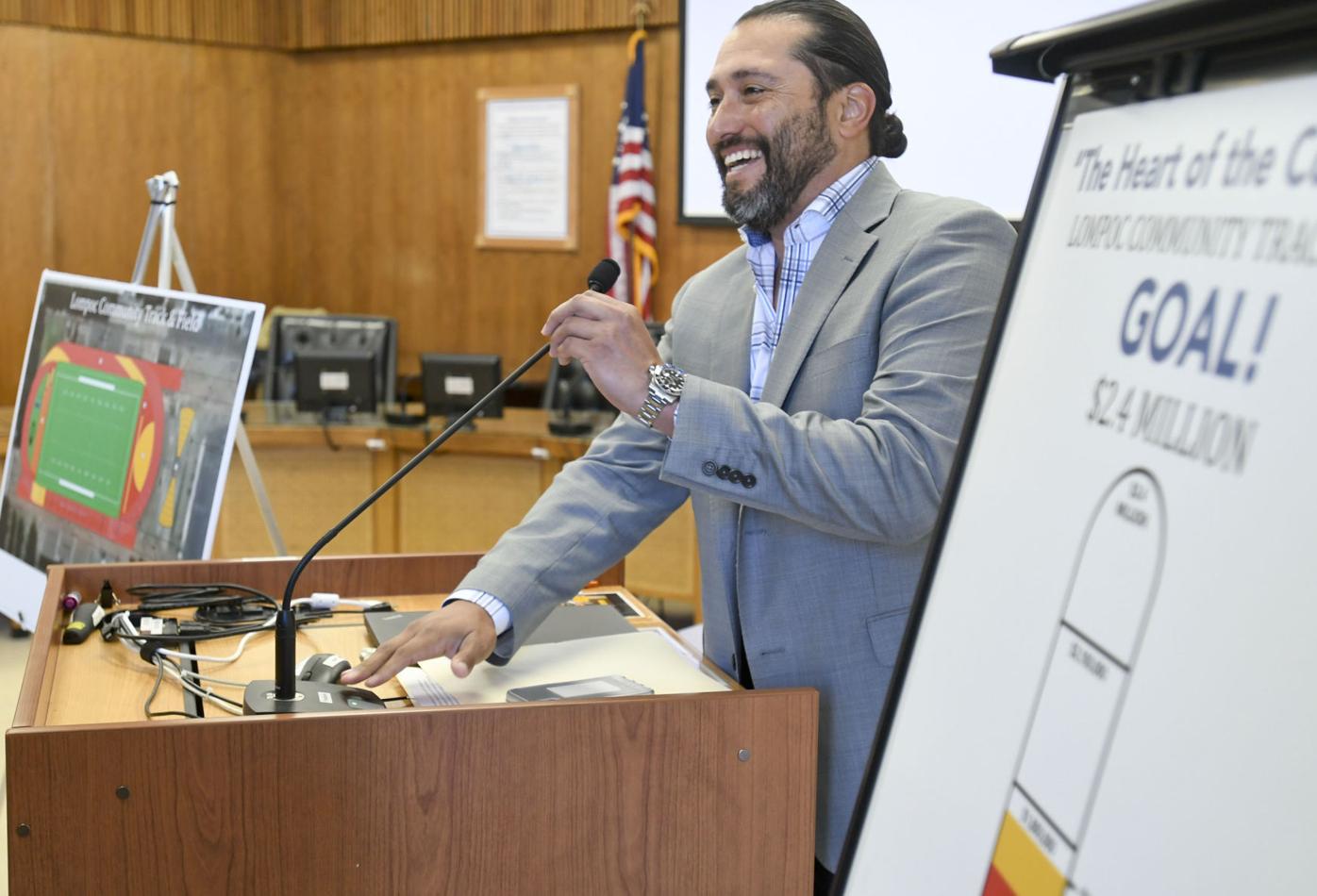 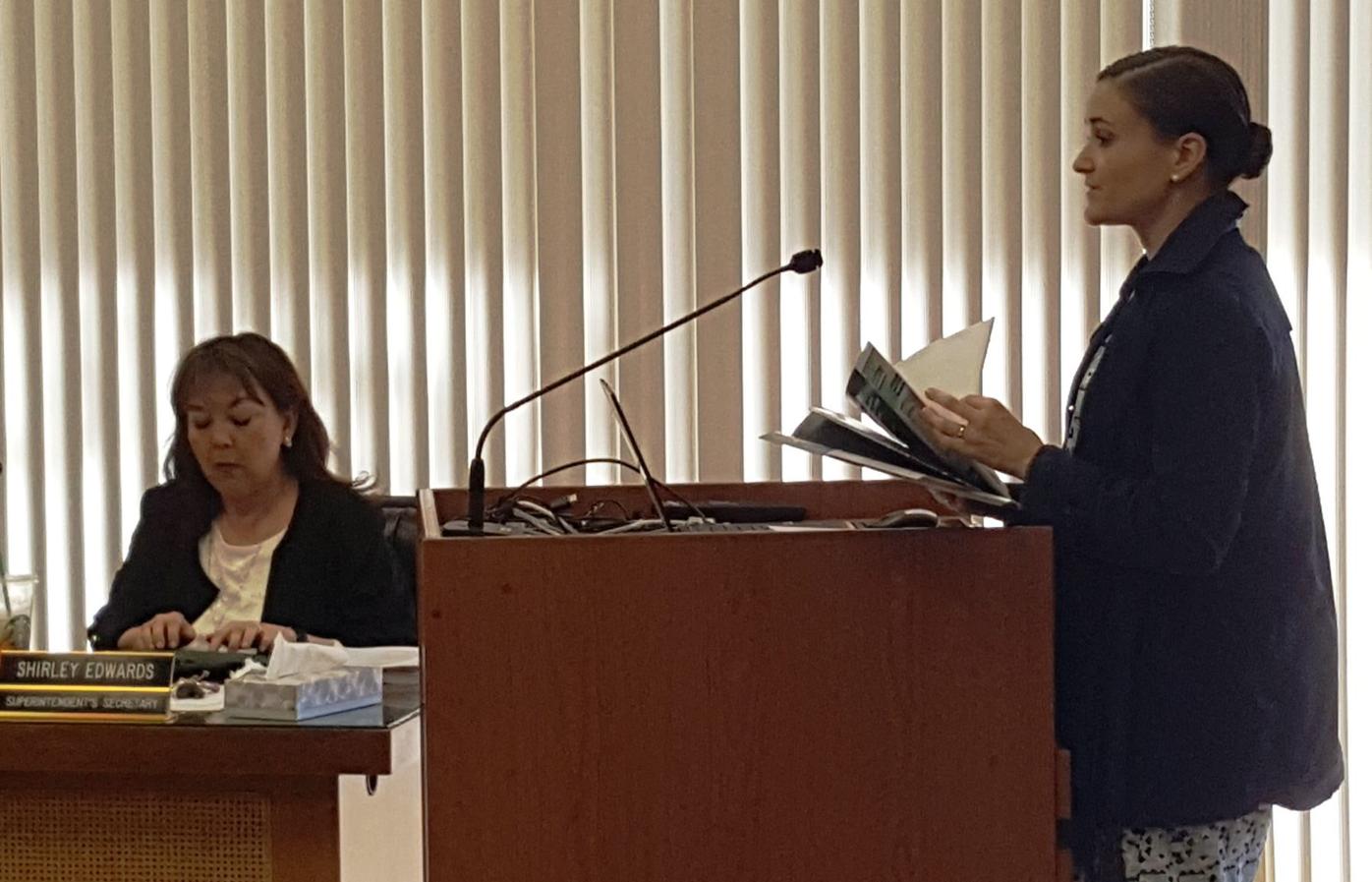 The organization leading the way in the proposed $2.4 million renovation of Lompoc’s Huyck Stadium was granted a fundraising extension Tuesday by the Lompoc Unified School District board of education.

The Lompoc Valley Community Healthcare Organization, which encompasses the Healthy Lompoc Coalition and first proposed the stadium makeover to the school board in February 2017, provided an update on the project at Tuesday night’s board meeting. During that meeting, the board voted 5-0 to grant a one-year extension on the Memorandum of Understanding, or MOU, that was agreed upon by the organization and the school district in May 2017.

That initial MOU called for the Lompoc Valley Community Healthcare Organization to have its share of the project’s cost — the $2.4 million is slated to be split evenly, with the organization and school district each kicking in $1.2 million — in hand by June 30. If the money was not procured by that date, the MOU stated that the district “will have no obligation to proceed with the design or construction” of the project.

Ashley Costa, the executive director of the Lompoc Valley Community Healthcare Organization, said Tuesday that several factors played a part in her organization’s need for more time. The effects of local fires, including last winter’s historic Thomas fire and the ensuing mudslides this year, put a damper on fundraising efforts, she said.

“One of our primary committee members and a lot of folks in South County were evacuated every week and actually twice a week a few times, making it very difficult to coordinate with different foundations’ staff and donors,” Costa said. “So that was a big challenge … .”

Still, she noted, “response has been very positive thus far.”

The project’s largest donor, to date, is the Santa Ynez Band of Chumash Indians Foundation, which announced in February that it would be contributing $450,000 to the cause.

Costa also revealed that an anonymous donor has offered up to $100,000 in community matching funds, and various other community members have sent in donations totaling $15,350. If the Lompoc Valley Community Healthcare Organization is able to raise the $100,000 in matching funds, that would bring its capital campaign total to more than $650,000.

Some of those donations will be spread out over multiple years, a provision that was made allowable in a previous revise of the MOU.

While the Lompoc Valley Community Healthcare Organization will now have until June 30, 2019, to reach its fundraising goal, Costa said that all of that time likely won’t be necessary.

“Our goal is to have all commitments of donations in when the shovel goes in the ground in December of this year,” she said Tuesday.

The project’s timeline calls for it to be completed by August 2019, ahead of the start of the 2019-20 school year.

The proposed renovations to Huyck Stadium, which first opened in 1963, will primarily include converting the natural grass field at the stadium to synthetic turf, switching the track from its loose red clay to a synthetic polyurethane — or “all-weather” — surface, and reconfiguring the track to the modern standard of 400 meters with nine lanes.

The stadium serves as the home venue for both the Lompoc and Cabrillo high school football teams, and also hosts other sports teams from Lompoc High, which is located next door.

In a recently-posted YouTube video produced by the Chumash, which was shown to the board by Costa at Tuesday’s meeting, Lompoc High School trainer Tom Blanco noted that the stadium’s turf suffered more damage than usual this past year. A large part of that, he said, was because the Lompoc High football team was forced to practice at the stadium last season after the team’s regular practice fields on the campus were deemed unusable due to gopher holes.

In a move completely separate from the Huyck Stadium renovation, district administrators have allocated $2.4 million in funding to be split evenly by Lompoc and Cabrillo high schools to be used on upgrading on-campus sports fields.

In addition to the school events at Huyck Stadium, it also hosts other community activities, including the annual American Cancer Society Relay for Life fundraiser, the city’s annual Fourth of July celebration and opening ceremonies for the local American Youth Soccer Organization, or AYSO, among others.

The renovation plans call for the stadium to be opened up to the community after school hours for residents to exercise and use its amenities after the project is complete.

The city of Lompoc is also involved in the effort after city leaders pledged to provide after-hours security at the stadium.

During Costa’s presentation to the board Tuesday night, she introduced Scott Coe, who is chair of the pacesetter committee for the Lompoc Valley Community Healthcare Organization as it moves toward its fundraising finish line.

Coe said he was excited to join the effort.

“Huyck Stadium is a true jewel and it needs this upgrade,” he said.

The Rotary Club of Lompoc has pledged what will likely be a sizable donation toward the remodel of the track and field at Huyck Stadium, proje…