A portion of Highway 154 near Cachuma Lake was destroyed during the weekend storm, closing off the roadway from Santa Barbara to the junction with Highway 246 for the foreseeable future.

California Highway Patrol Officer Joel Asmussen said a portion of the roadway was washed away during heavy rain which caused downed trees and roadway flooding throughout Santa Barbara County.

Asmussen said the highway is closed in both directions.

"It's going to need to be rebuilt," he said. "We don't have an estimated time on when that'd be yet."

A spokesman with Caltrans said a blocked culvert resulted in water running along the surface and that motorists should use Highway 101 as a detour.

Lots of water and mud on the wrong side of Highway 154 and Cachuma Lake #SantaMariaTimes #LompocRecord pic.twitter.com/R7lSUNOUa5

#CAwx- CA 154 remains closed indefinitely near Cachuma Lake. A drainage culvert was filled with debris and water during Saturday’s storm damaging the Hwy. CA 154 is closed between Santa Barbara and CA 246 in Santa Ynez. For everything storm related, go to https://t.co/gujtJTUSEj pic.twitter.com/r7WZZZJj9j

Highway 154 will be closed for a full 24 hours, weather permitting, for drainage work in an area that was stripped of vegetation by the Cave Fire last November, a Caltrans spokesman said. 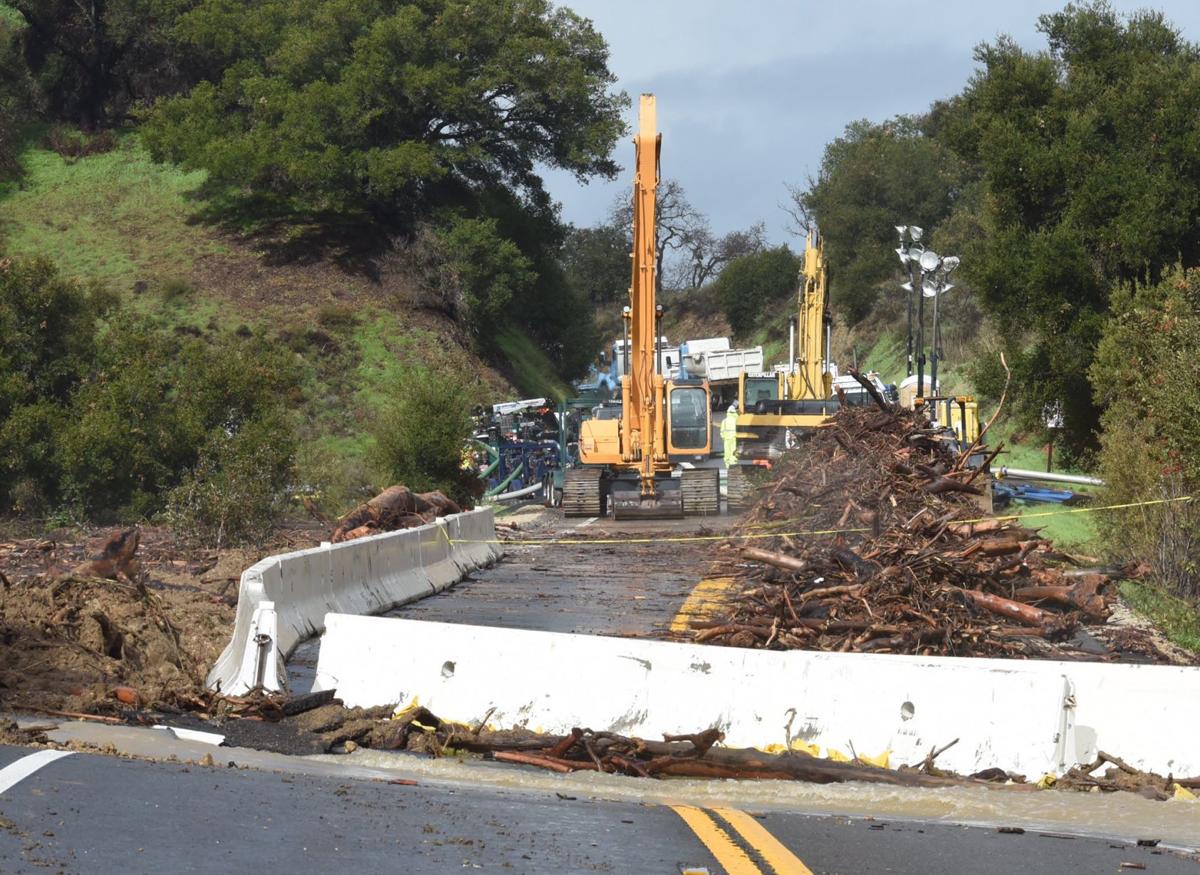 Highway 154 is closed between Santa Barbara and California State Route 246 in Santa Ynez. 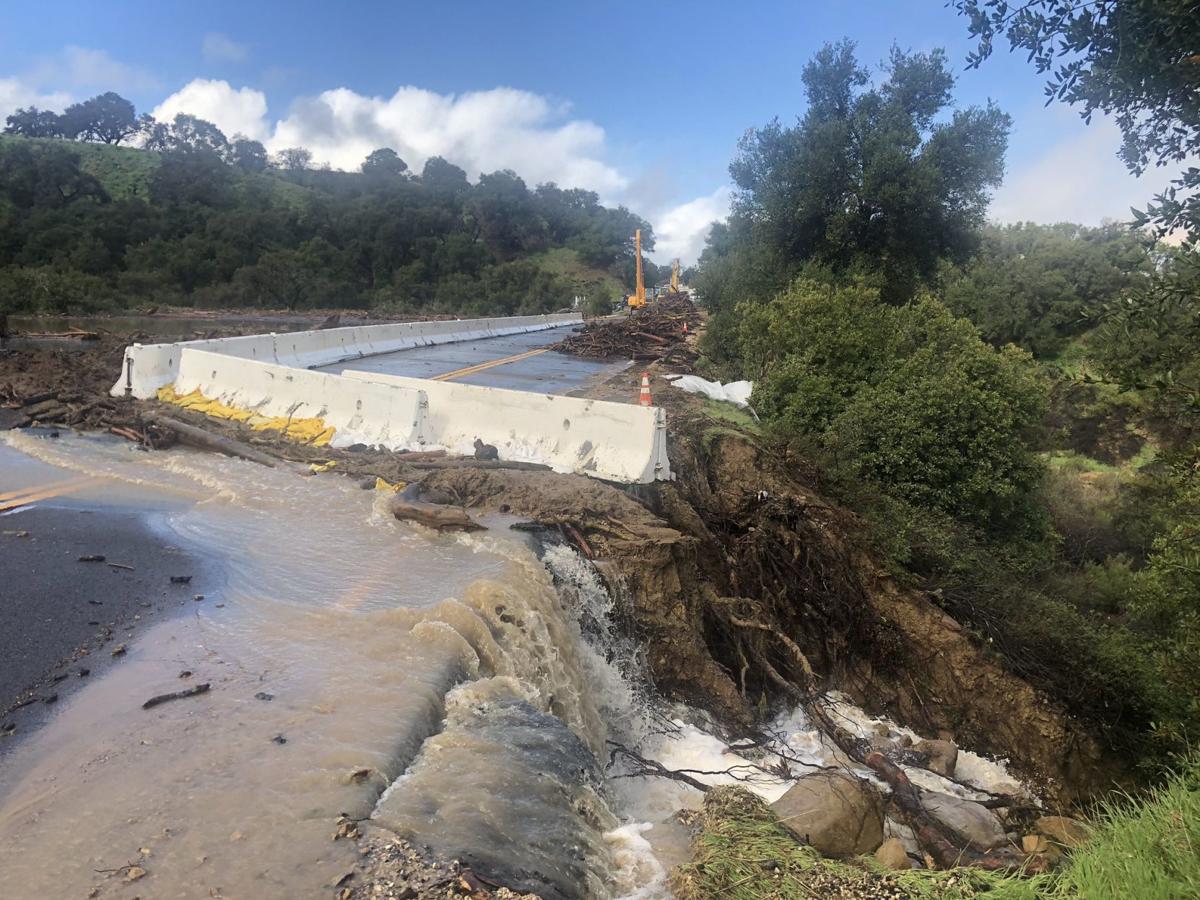 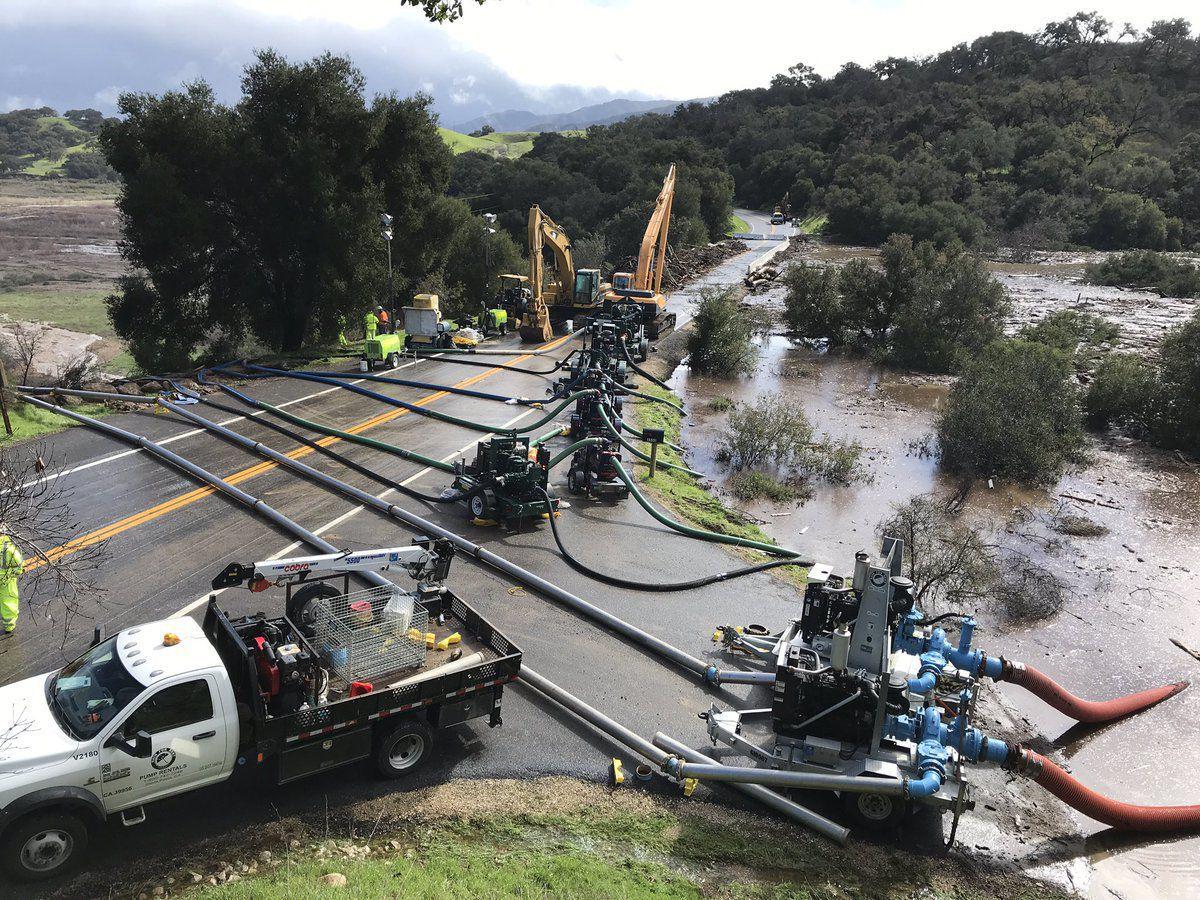 Highway 154 east of Cachuma Lake will be closed indefinitely because of damage created by this weekend's storm. Water and debris from the Whittier fire have created another lake, and officials worry about stability of the roadway. 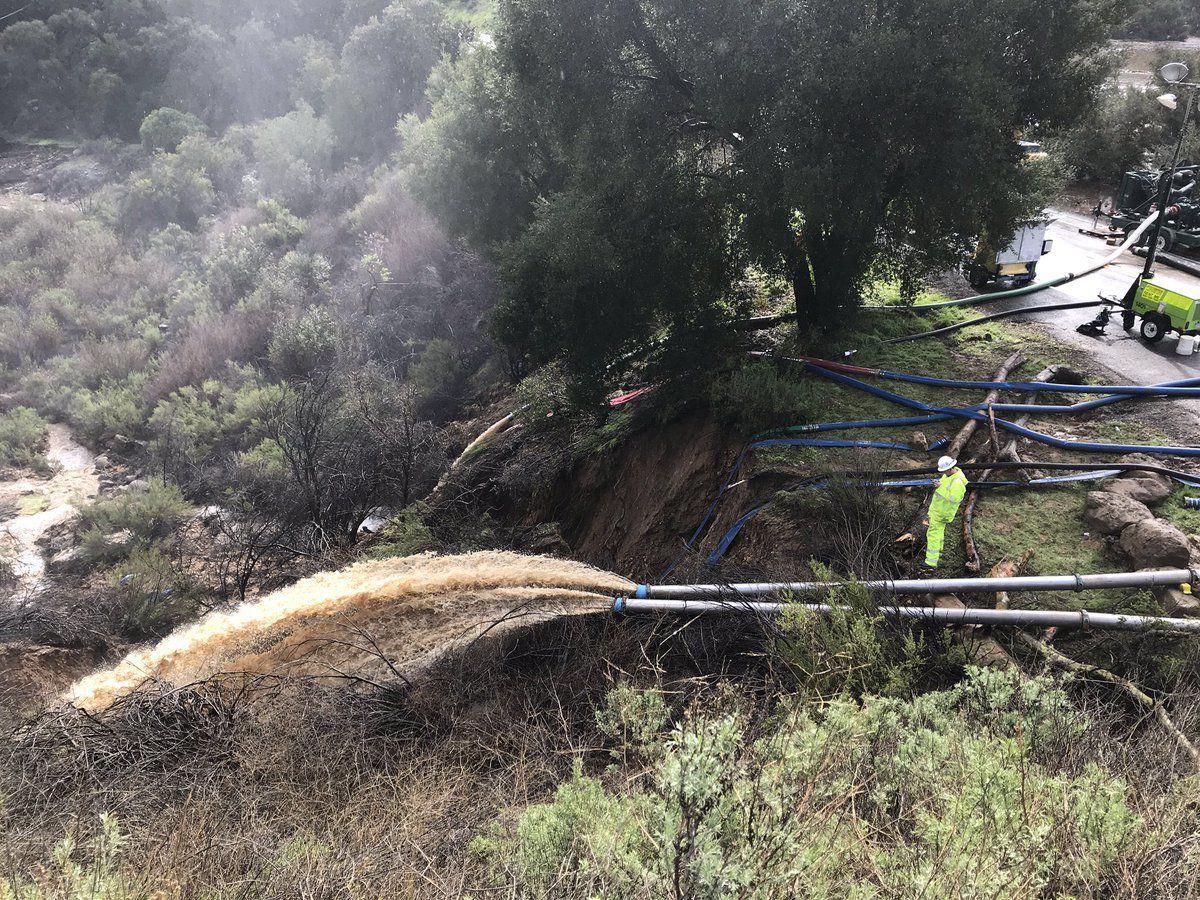 Crews work to drain water that has been collecting near Highway 154 because of a damaged culvert.