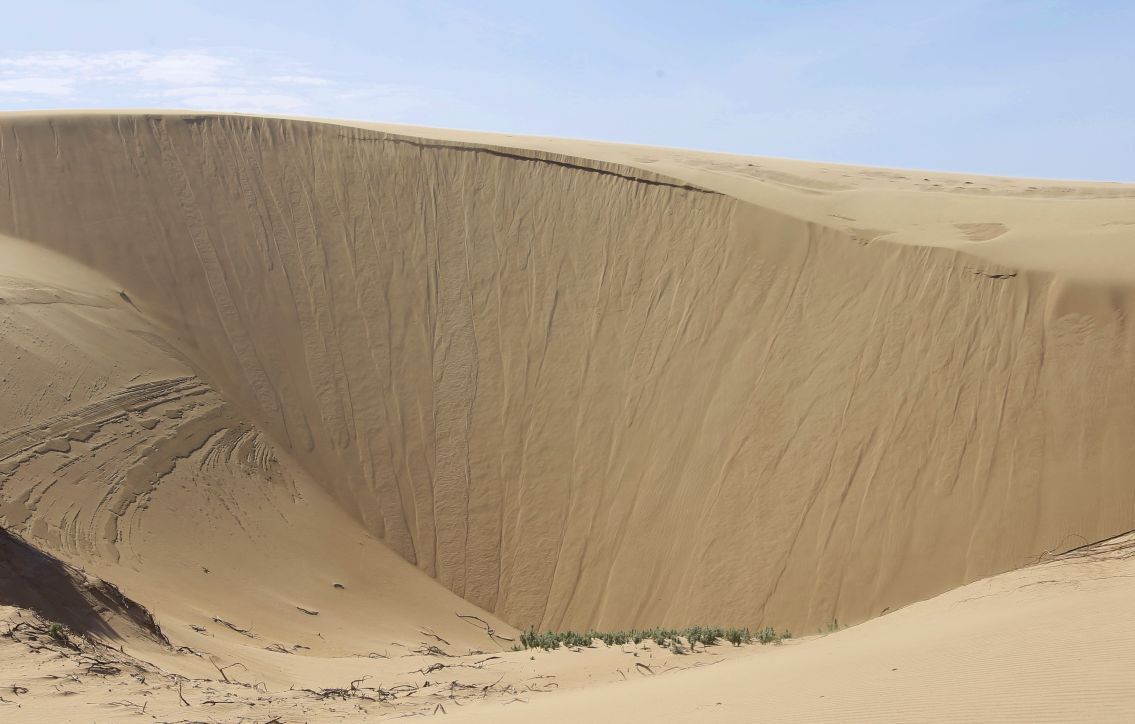 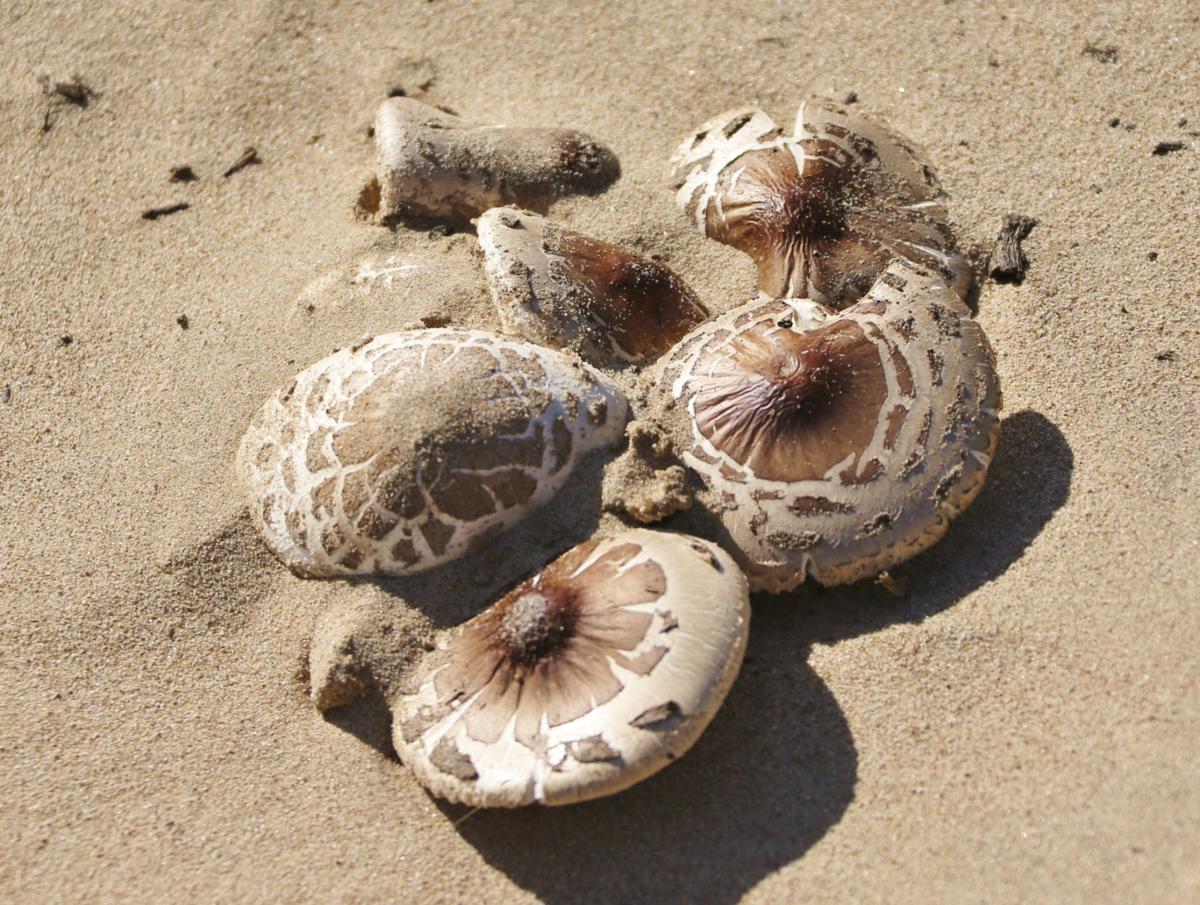 Finding mushrooms growing out of sand is a surprise to some visitors not aware of the complex ecosystem of coastal dunes. 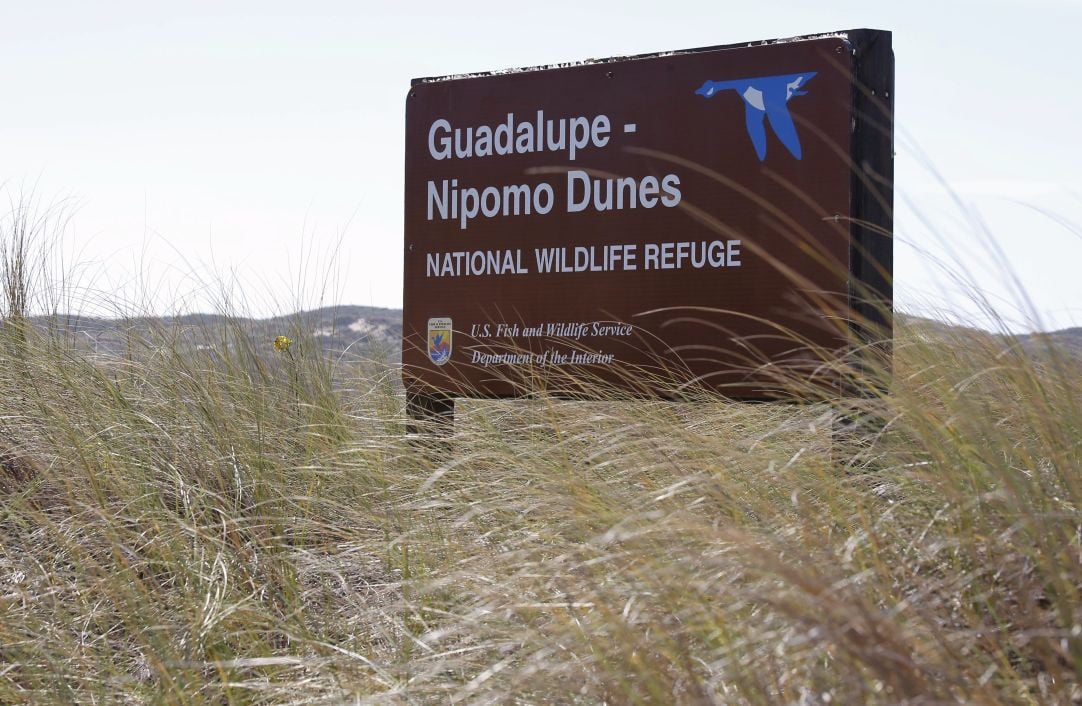 The Guadalupe-Nipomo Dunes National Wildlife Refuge sign designates the start of the refuge's boundaries within the larger dunes complex. 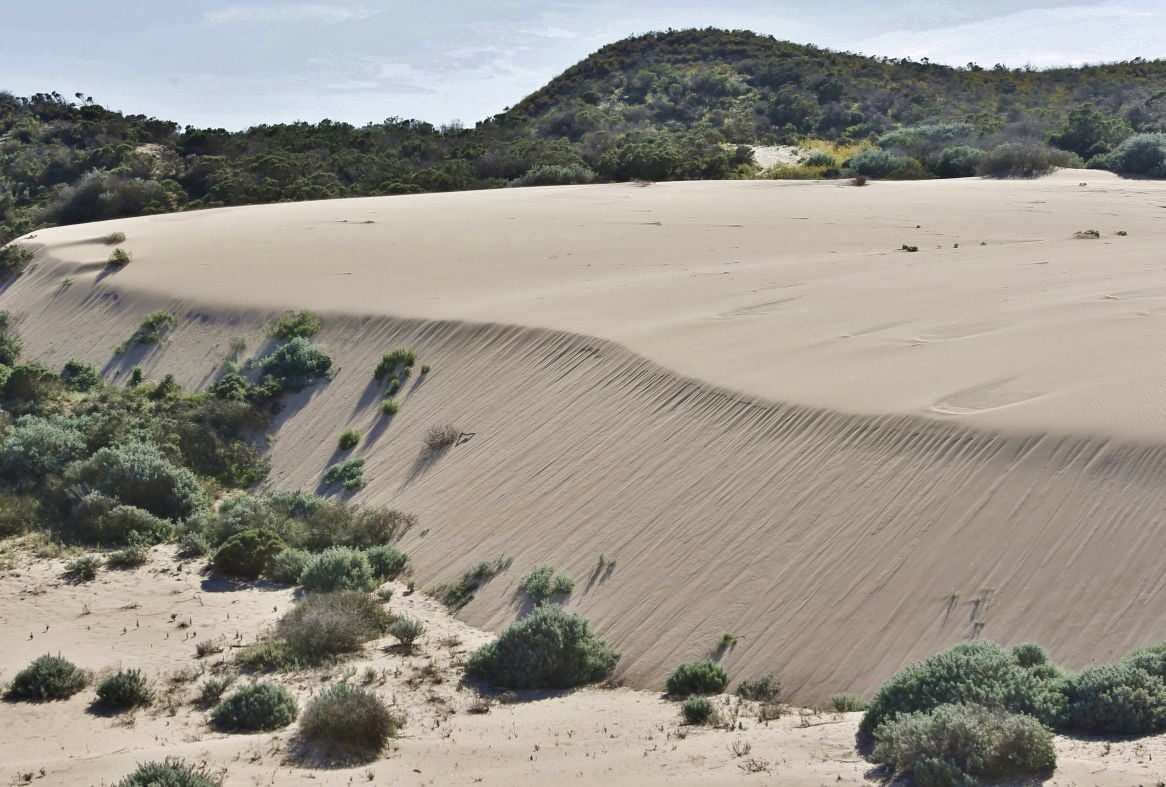 Shifting sand dunes and hills covered with a variety of plants make up the Guadalupe-Nipomo Dunes National Wildlife Refuge. 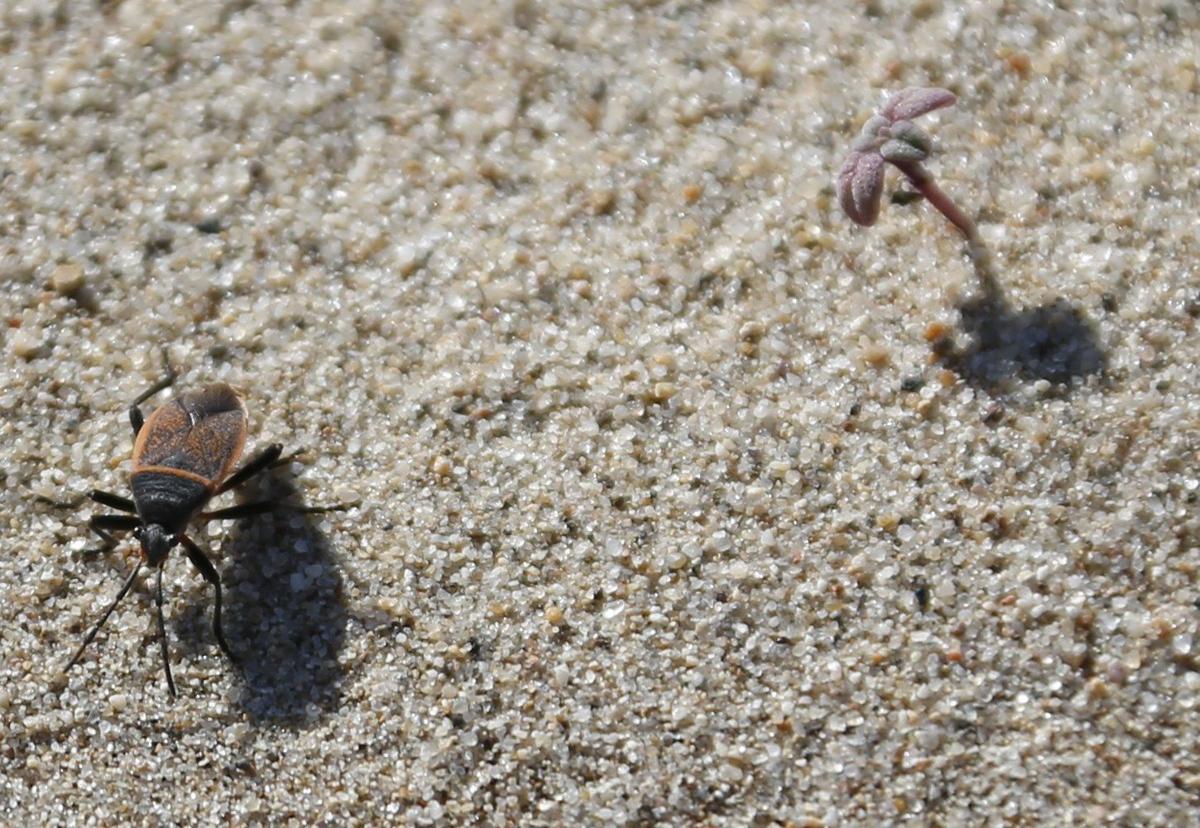 Acres and acres of untouched dunes are part of a massive wildlife refuge that will be the subject of a public meeting next week in Grover Beach, where officials will ask locals to consider the conservation project's future.

"To me, the refuge system and public lands in general are very democratic institutions," said Doug Jenzen, executive director of the Guadalupe-Nipomo Dunes Center. "They're owned by everybody and everybody gets to have input."

The 2,553-acre Guadalupe-Nipomo Dunes National Wildlife Refuge was established in 2000 to conserve Central California coastal dune and wetlands habitats and support the recovery of imperiled native plants and animals that are federally listed as threatened or endangered.

Located in the heart of the 18-mile-long coastal dunes complex, the refuge itself is located five miles northwest of Guadalupe, and the refuge boundary covers 1.8 miles of beachfront, extending three miles inland.

For those willing to make the trek on their own, there is some access to the refuge from the beach side and the Oso Flaco Lake parking lot.

The U.S. Fish and Wildlife Service and Guadalupe-Nipomo Dunes Center also often collaborate to lead walks and tours of the refuge, but otherwise the site is undisturbed.

A combination of dune scrub, ever-changing sand quality and formations, fresh water ponds and unique plants and animals make it a refuge unlike the many others across the United States.

Walking the hills of sand among the wild grasses and plants that seem to have been designed by Dr. Seuss, all that can be heard is the blowing wind and the occasional chirping bird.

At times, it can feel like walking on another planet. The blowing sand forms peculiar designs as it shifts the dunes, and giant indentations look like they could serve as backdrops for movies about life on Mars.

The area is also home to several federally endangered species of plants and animals like La Graciosa thistle, marsh sandwort, Gambel’s watercress, the red-legged frog and the Western snowy plover.

And the U.S. Fish and Wildlife Service has plans to keep it that way.

A draft of a new Comprehensive Conservation Plan and Environmental Assessment for the wildlife refuge has been made available to the public on the fws.gov website.

A Comprehensive Conservation Plan is a formal management document intended to provide guidance for a national wildlife refuge for up to 15 years.

"The CCP/EA evaluates a range of alternatives that present different scenarios of how the refuge could be managed over the next 15 years."

The draft includes a description of refuge resources, an outline of the refuge’s purposes, vision, goals and objectives and a presentation of the range of refuge management alternatives considered during the planning process, among other factors contributing to the refuge's future.

The public will have a chance to weigh in on three alternatives for the refuge and any other aspects of the area they would like to discuss.

Alternative A would continue current wildlife and habitat management actions and continue to provide the current level of public use opportunities.

Habitat and wildlife management would focus on wildlife surveys and invasive weed management.

Alternative C considers a forecast decline in budgets and proposes to reduce or eliminate many of the current management activities as well as close the refuge to all public access.

"The problem is now that our funding level for refuges has declined somewhat since 2010, so we’re trying to balance the level of access with the resources we have," said Mark Pelz, chief of the U.S. Fish and Wildlife Natural Resources Division's Pacific Southwest Region.

The final decision will include public feedback and could combine aspects of each alternative.

"I would definitely like to see more funding invested in the refuge because that way the public can have access to the property and environmental concerns can be addressed as well," Jenzen said.

He highlights how he thinks the refuge can serve residents of the Central Coast and even tourists, from the many calls he gets asking about access to the site.

"Guadalupe has the potential to be a center for tourism for people who like hiking and recreation. So everyone would benefit from making the refuge more accessible."

For those who want to weigh in on the future of the refuge, the public meeting will be Tuesday from 5:30 to 7:30 p.m. in the Ramona Garden Center on Ramona Avenue in Grover Beach.

"It's a unique place and it's really unlike anyplace else on Earth," Jenzen said. "Its an asset that makes the Central Coast different from anywhere else, and we need to celebrate that, protect it and use it for educational and economic benefits. So it's really important that everyone take part in what's happening."

The public is asked to comment on the options listed in this draft summary for the future of the Guadalupe-Nipomo Dunes National Wildlife Refuge.

Finding mushrooms growing out of sand is a surprise to some visitors not aware of the complex ecosystem of coastal dunes.

The Guadalupe-Nipomo Dunes National Wildlife Refuge sign designates the start of the refuge's boundaries within the larger dunes complex.

Shifting sand dunes and hills covered with a variety of plants make up the Guadalupe-Nipomo Dunes National Wildlife Refuge.