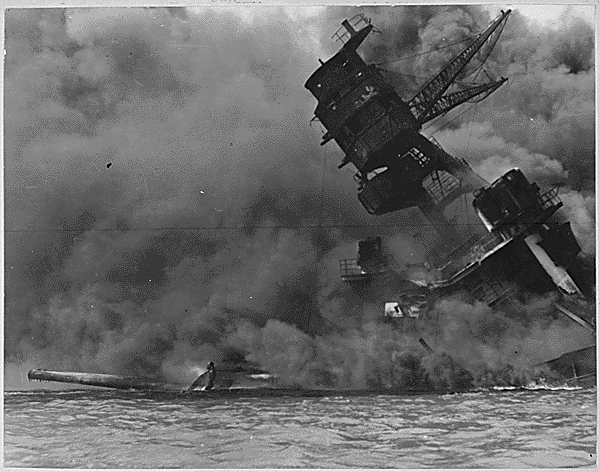 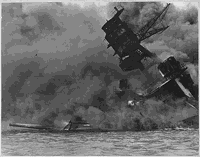 The USS Arizona burns after the Japanese attack on Pearl Harbor, Dec. 7, 1941. 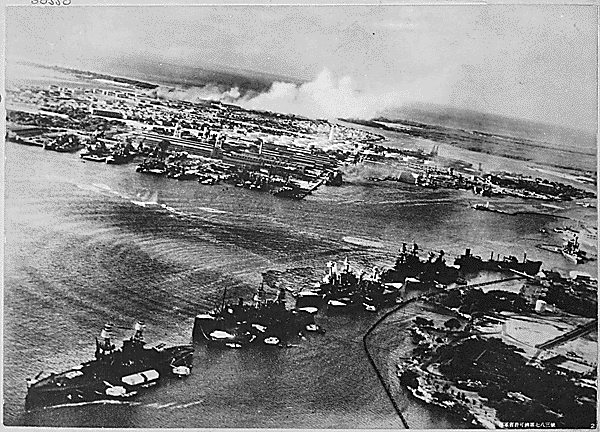 Smoke rises from Hickam Field during the Dec. 7, 1941, attack on Pearl Harbor. 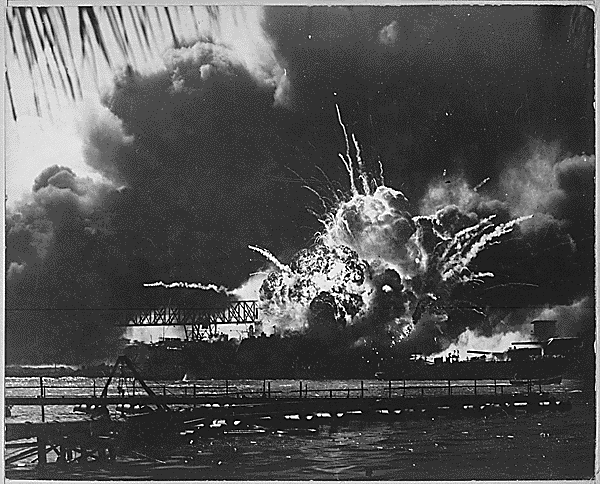 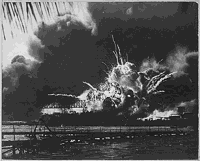 The USS Shaw explodes during the Japanese raid on Pearl Harbor, Dec. 7, 1941.

World War II began on Sept. 1, 1939, with the German invasion of Poland. France and Great Britain responded by declaring war on Germany on Sept. 3.

Congress declared war on Japan after President Roosevelt delivered his "Day of Infamy" speech the next day.

The USS Arizona, which was hit four times by Japanese bombers, incurred almost half of the casualties, and eventually sank.

Among the 1,177 Arizona crewmen killed were all 21 members of the ship's band, most of whom were up on the deck preparing to play music for the daily flag-raising ceremonies when the attack began.

Both Clarence and Kenneth Cooper, sons of Eva Cordelia and Ralph Charles Cooper, were born in Casmalia and were graduates of Santa Maria Union High School where they participated in the boxing and wrestling clubs. They enlisted in the Navy in November 1940, attaining the rank of fireman, second class, and were assigned to the USS Arizona when it was sunk.

The two Cooper brothers were a set of 37 confirmed pairs or trios of brothers assigned to the USS Arizona when the ship went down. Of these 77 men, 62 were killed, and 23 sets of brothers died. Only one full set of brothers survived the attack.

One of the reasons that fuel continues to leak from the Arizona wreckage is that the day before the attack, the ship took on a full load of fuel, nearly 1.5 million gallons, in preparation for its scheduled trip to the mainland later that month. The following day, much of it fed the explosion and subsequent fires that destroyed the ship following its attack by Japanese bombers. However, 80 years later, despite the raging fire and ravages of time, 500,000 gallons are still slowly seeping out of the ship's submerged wreckage, about 9 gallons per day.

After the Arizona sunk, some of its armaments were salvaged and reused to support the war effort, leaving its hull, two gun turrets and the remains of more than 1,000 crewmen submerged in less than 40 feet of water.

In 1958, President Dwight Eisenhower signed legislation to create a national memorial. Included in the funds to build the memorial was money from the private sector and from the entertainer Elvis Presley, who had recently raised more than $50,000 at a benefit concert at Pearl Harbor's Block Arena. The $50,000 amounted to more than 10% of the USS Arizona Memorial's final cost. The monument was officially dedicated on May 10, 1962, and attracts more than 1 million visitors each year.

There's no doubt about it, Pearl Harbor was a disaster. Eighteen ships were sunk, 347 inferior aircraft were destroyed, and there were more than 4,000 casualties. The eight battleships that were lost were obsolete. What a catastrophe it would have been if any of the country's aircraft carriers had been sunk. However, none were sunk. Why? They weren't there!

USS Shaw exploding during the Japanese raid on Pearl Harbor

The USS ARIZONA burning after the Japanese attack on Pearl Harbor