Santa Barbara County confirmed 14 additional COVID-19 cases among county residents and 40 additional cases among inmates at the Lompoc federal penitentiary on Monday, with county officials working to manage a huge influx of positive results from the prison.

The prison's decision to test all inmates has led to nearly 800 additional cases being confirmed since last week, creating frustration for the county as the Bureau of Prisons declines offers to assist with managing the outbreak.

New guidelines established by the state on Friday limit the ability to move forward with reopening businesses to counties that have just one new case per 10,000 over a two-week period, a benchmark that areas such as Riverside County have said is unrealistic.

Despite the lack of authority given to the county by the Bureau of Prisons to assist with the prison outbreak, prison case numbers are not isolated from general county numbers, limiting the county's ability to move forward with reopening plans, 2nd District Supervisor Gregg Hart said.

State legislators are advocating on behalf of Santa Barbara County to request that the governor's office grant the county responsibility only for their own case numbers and exclude those of the prison, Hart said.

Including cases among inmates, the county's total case number is 1,362.

"Everyone is shocked by the outbreak at the Lompoc prison ... this is an event outside of our control that we have no authority to prevent or respond to," Hart said.

Adding to the complication is the fact that the Bureau of Prisons has requested county officials not share how many hospitalized individuals include inmates, a request the county has fulfilled thus far.

However, Ansorg said that many of the test results, which are processed at a Quest Diagnostics lab and are normally turned around in 48 hours, have been delayed due to "glitches" at the beginning of the week.

"We have yet to receive the majority of the results," Ansorg said, adding that only two results from the testing sites have come back positive thus far.

Of the 14 additional cases confirmed among county residents Monday, 13 are Santa Maria residents and one is from Santa Barbara, according to county data.

San Luis Obispo County confirmed 12 additional COVID-19 cases between Sunday and Monday for a total of 226 cases, of which 54 are active.

San Luis Obispo County officials pushed for permission from the governor's office to implement their own, faster-paced reopening plan by submitting an attestation to the governor last week.

According to the county's public health officer Dr. Penny Borenstein, the state is expected to respond to the request on Tuesday.

Joke of the day table 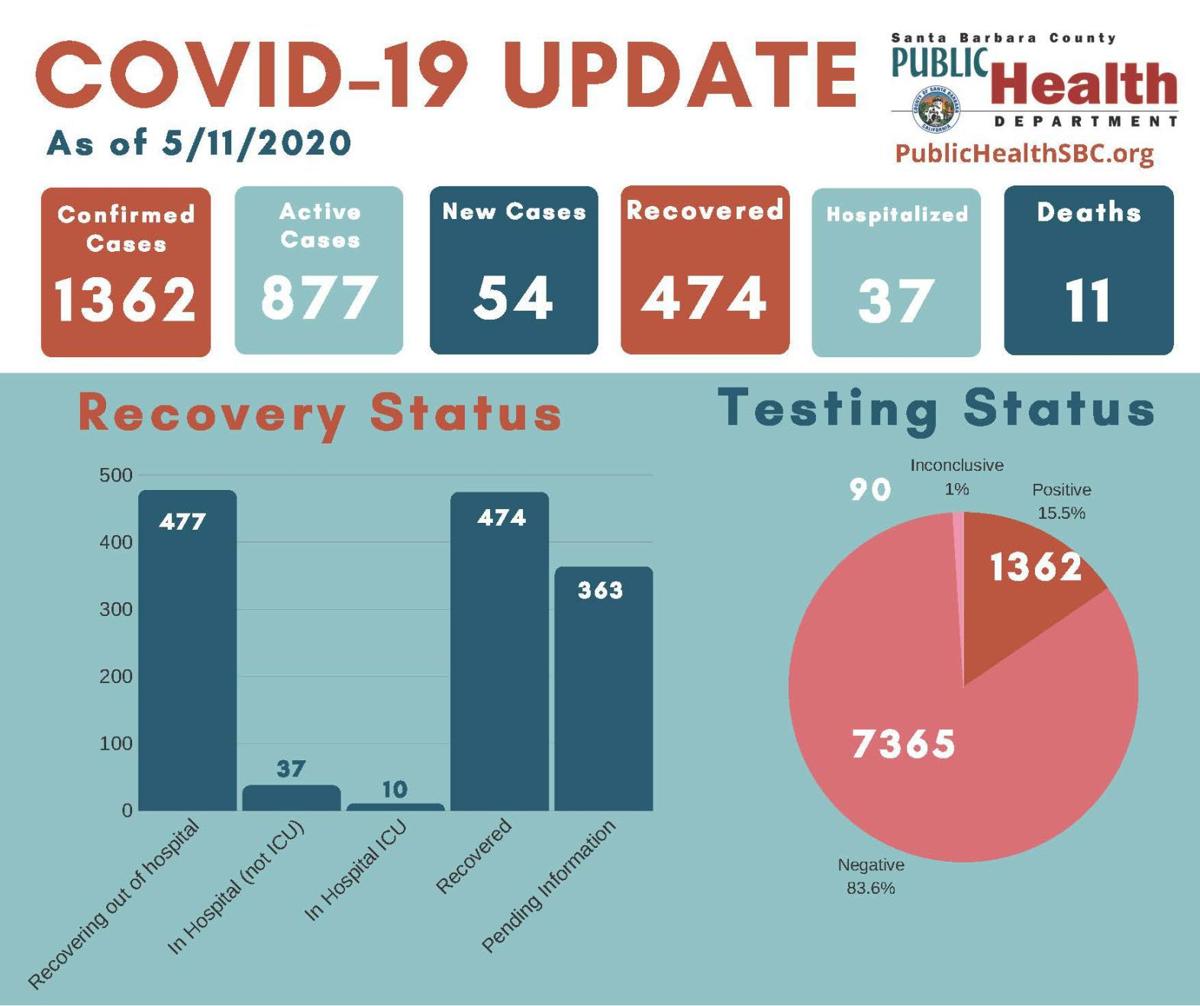 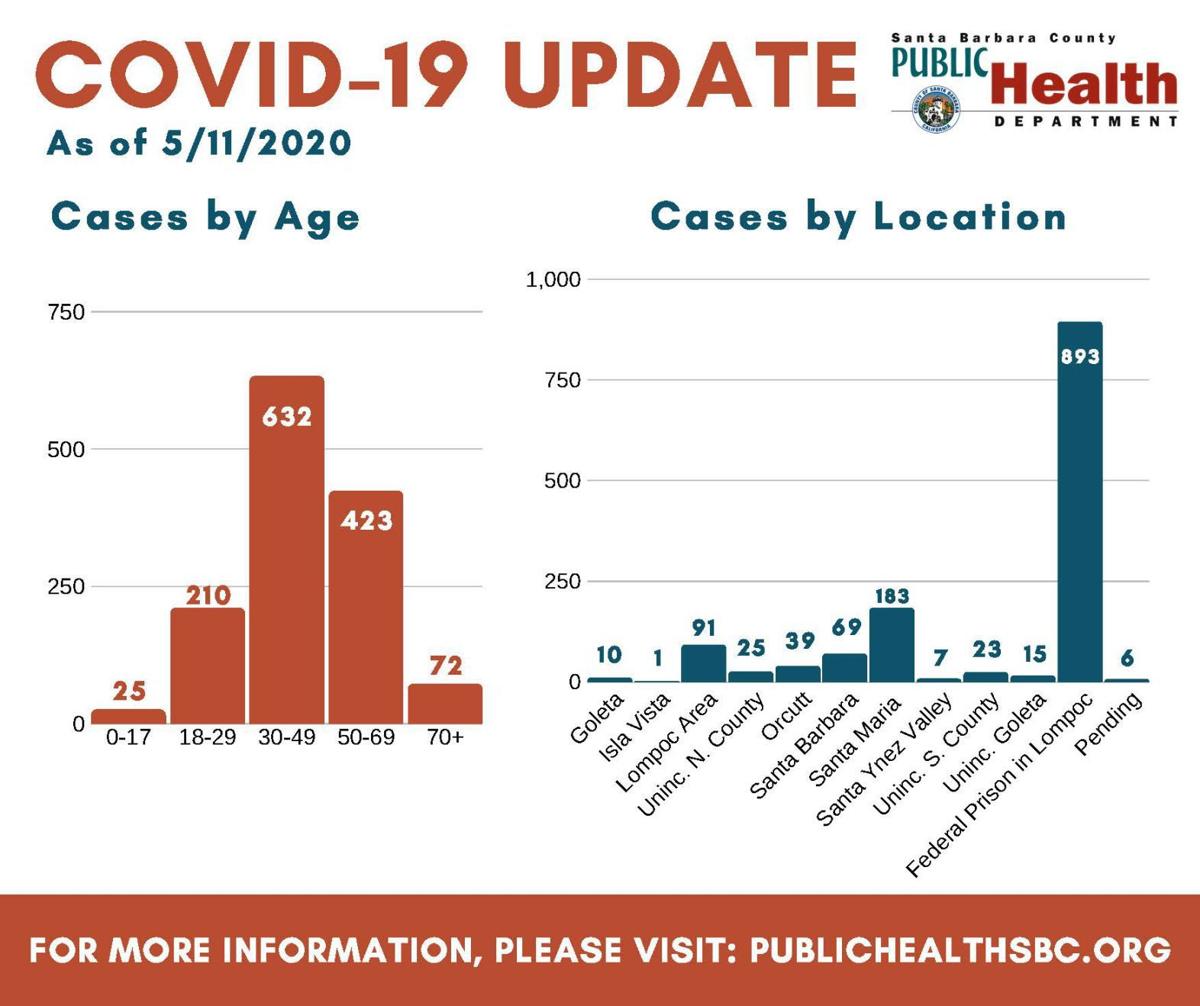