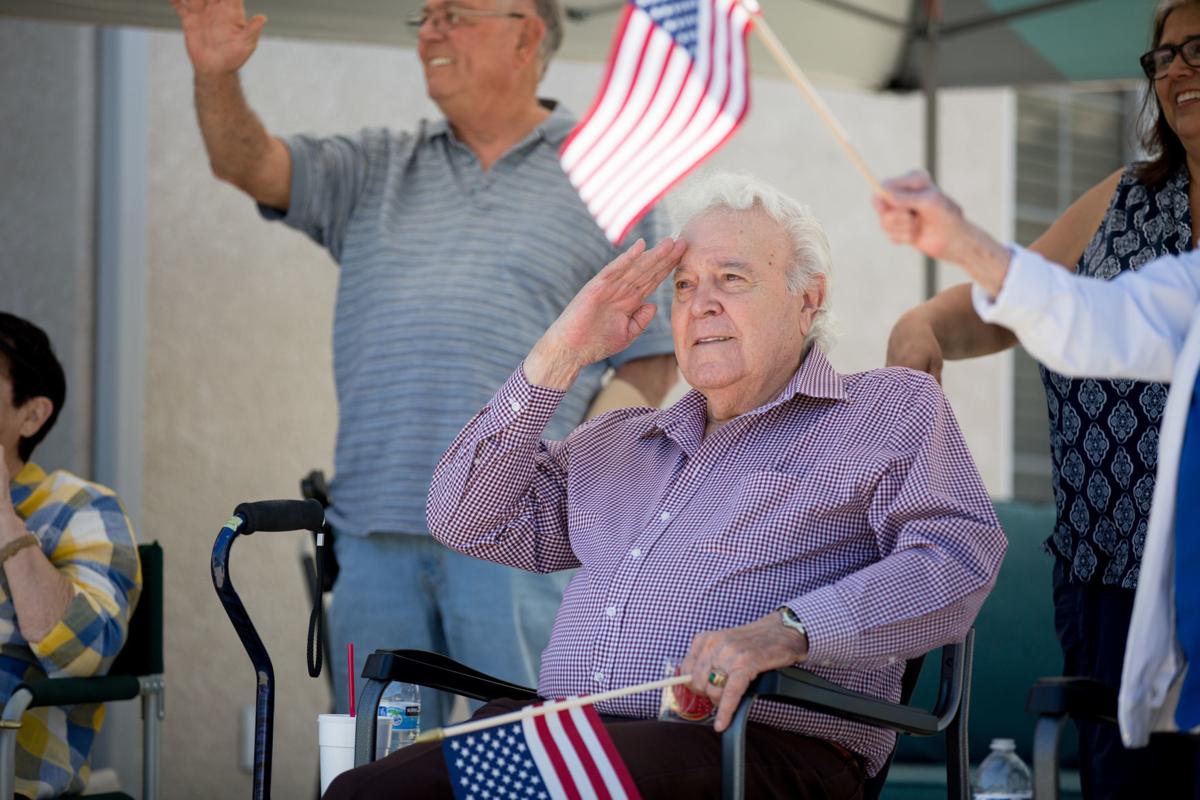 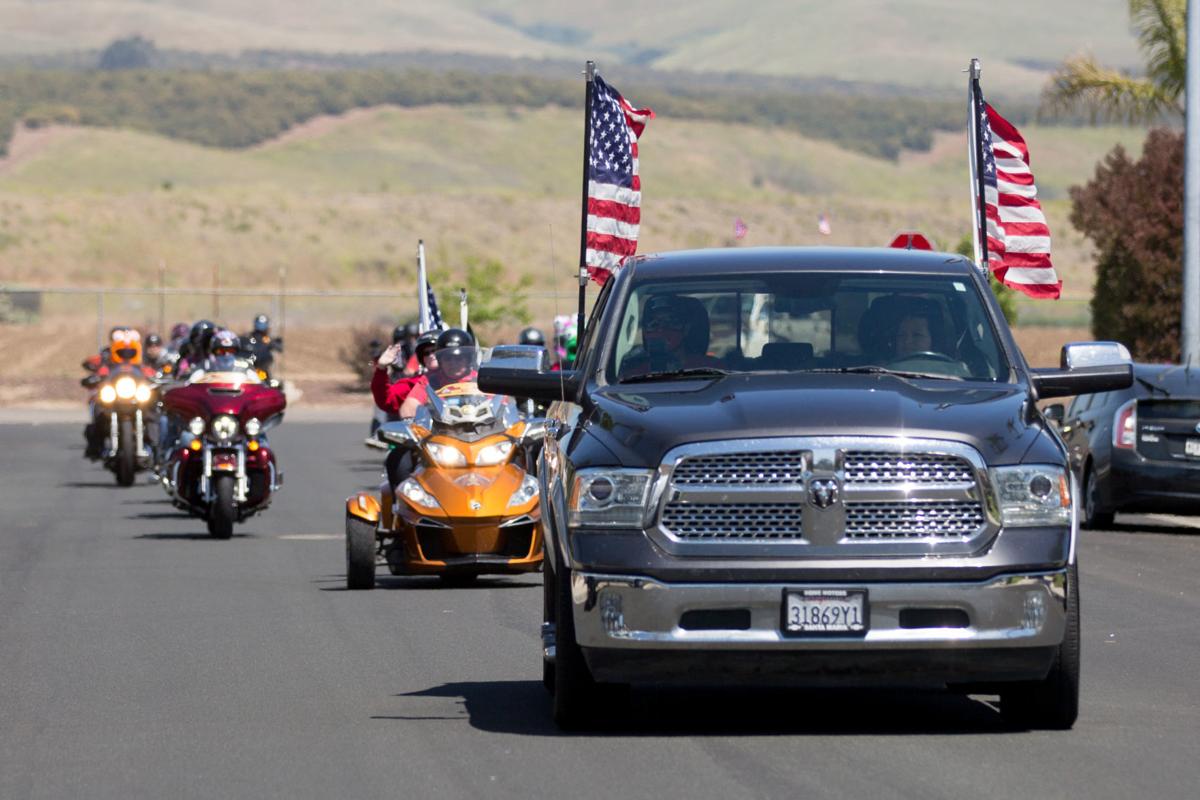 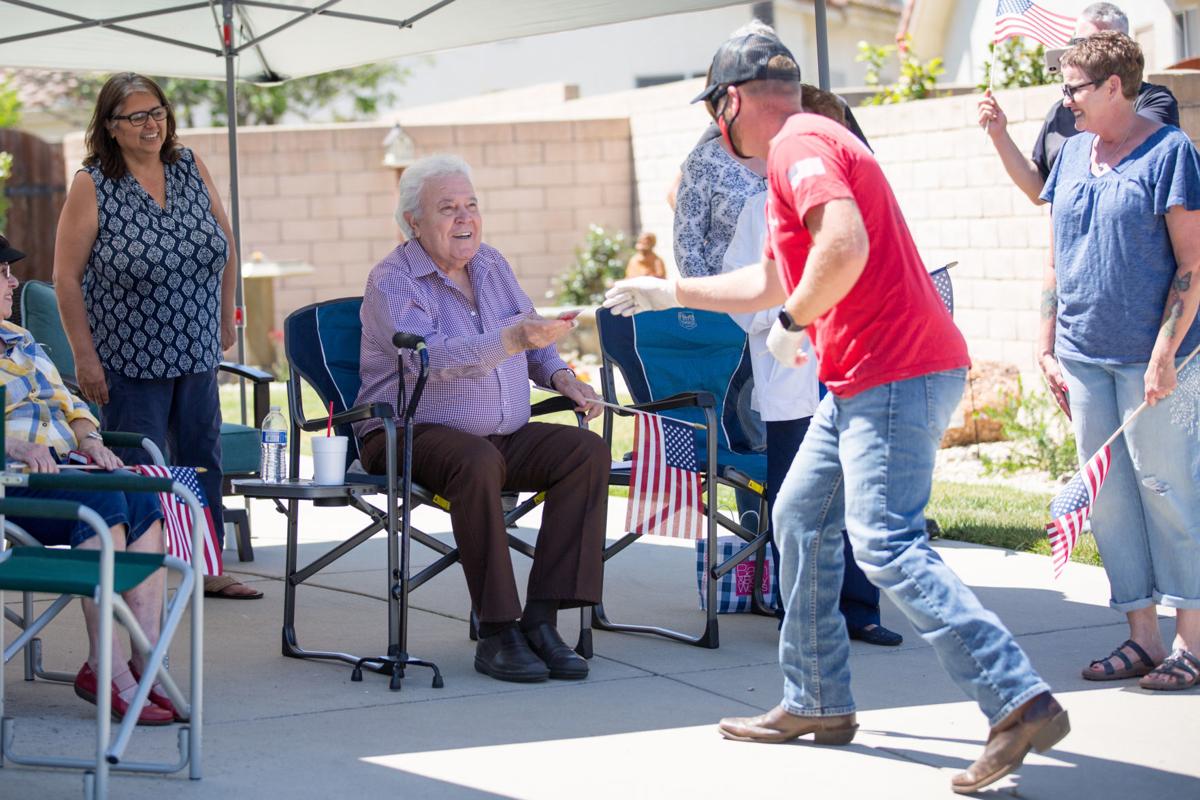 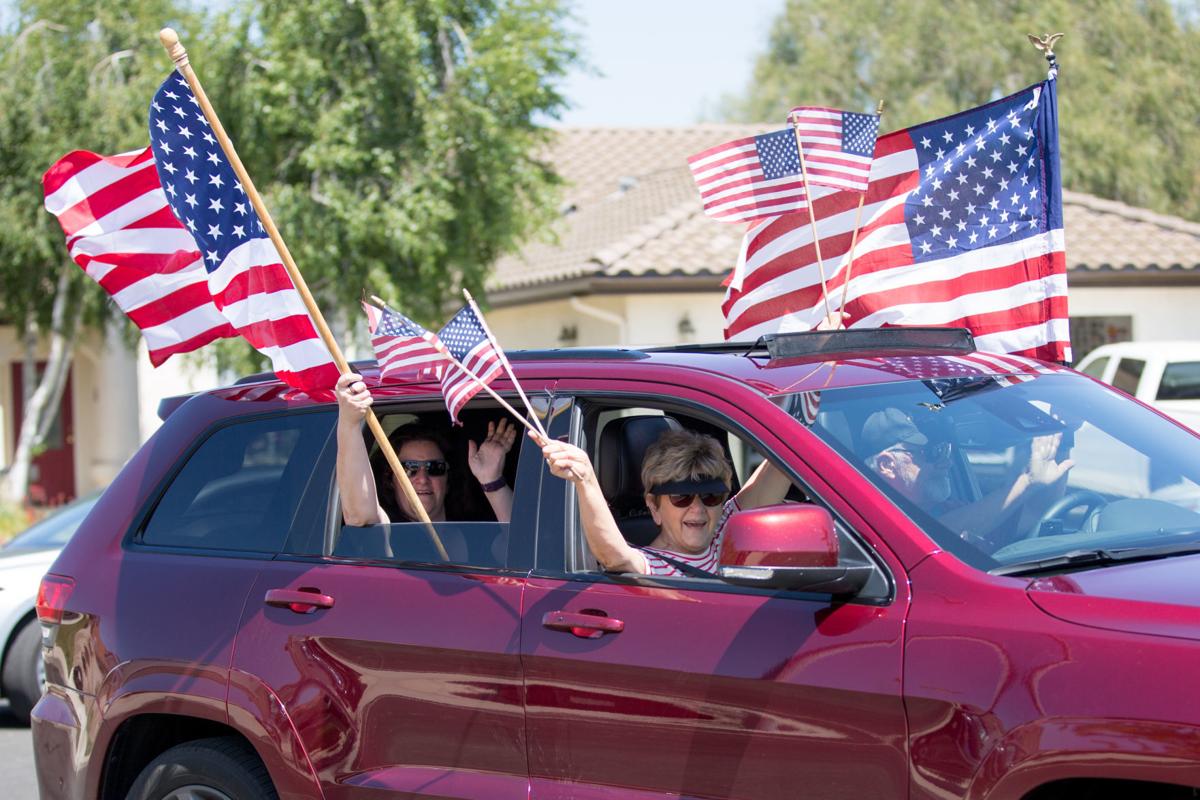 Robert Pacheco, a U.S. Navy veteran of World War II, got a surprise for his 93rd birthday Saturday when a parade of cars and motorcycles flowed by his Santa Maria home with flashing lights, honking horns, waves, posters and a sea of American flags.

The event was organized by the Welcome Home Military Heroes group based in Arroyo Grande.

“He has been isolating for many days, and this will definitely make Robert Pacheco and his family smile,” said an emailed invitation sent out by the organization.

And it did, as Pacheco sat in a lawn chair surrounded by family and friends and waved and returned salutes from some of the fellow veterans among the participants.

Funds raised will help pay for the horses needs while the program has been paused, as well as help the more than 70% of its enrolled students who are on scholarship, get back in the saddle once it is safe for the program to resume.