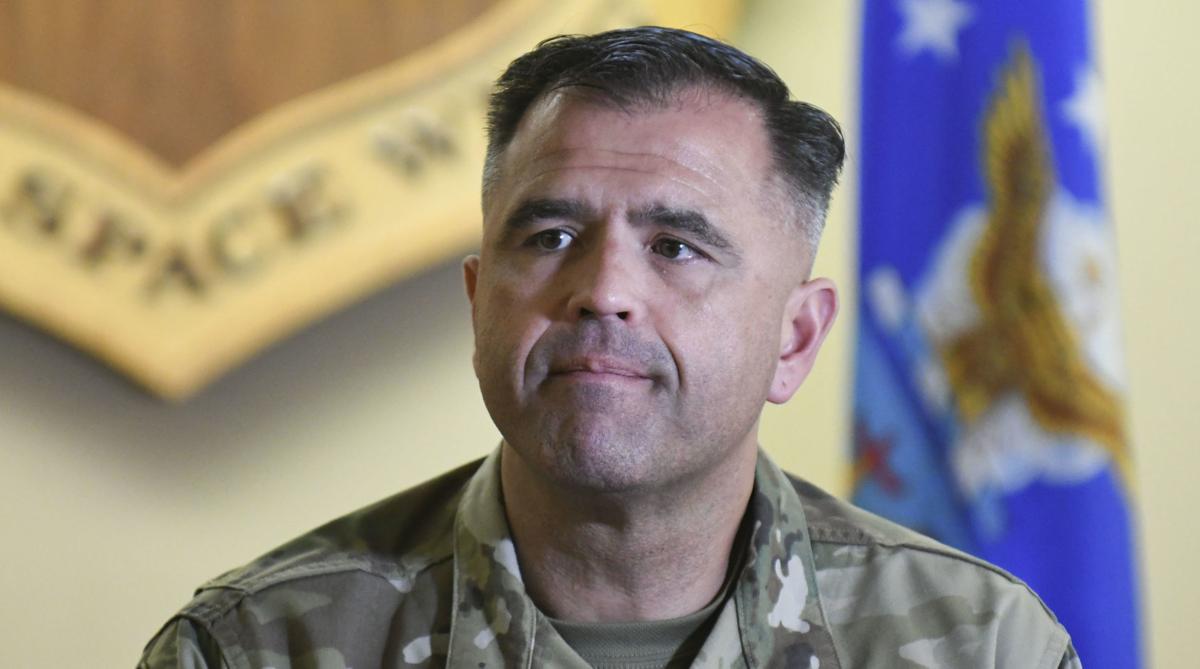 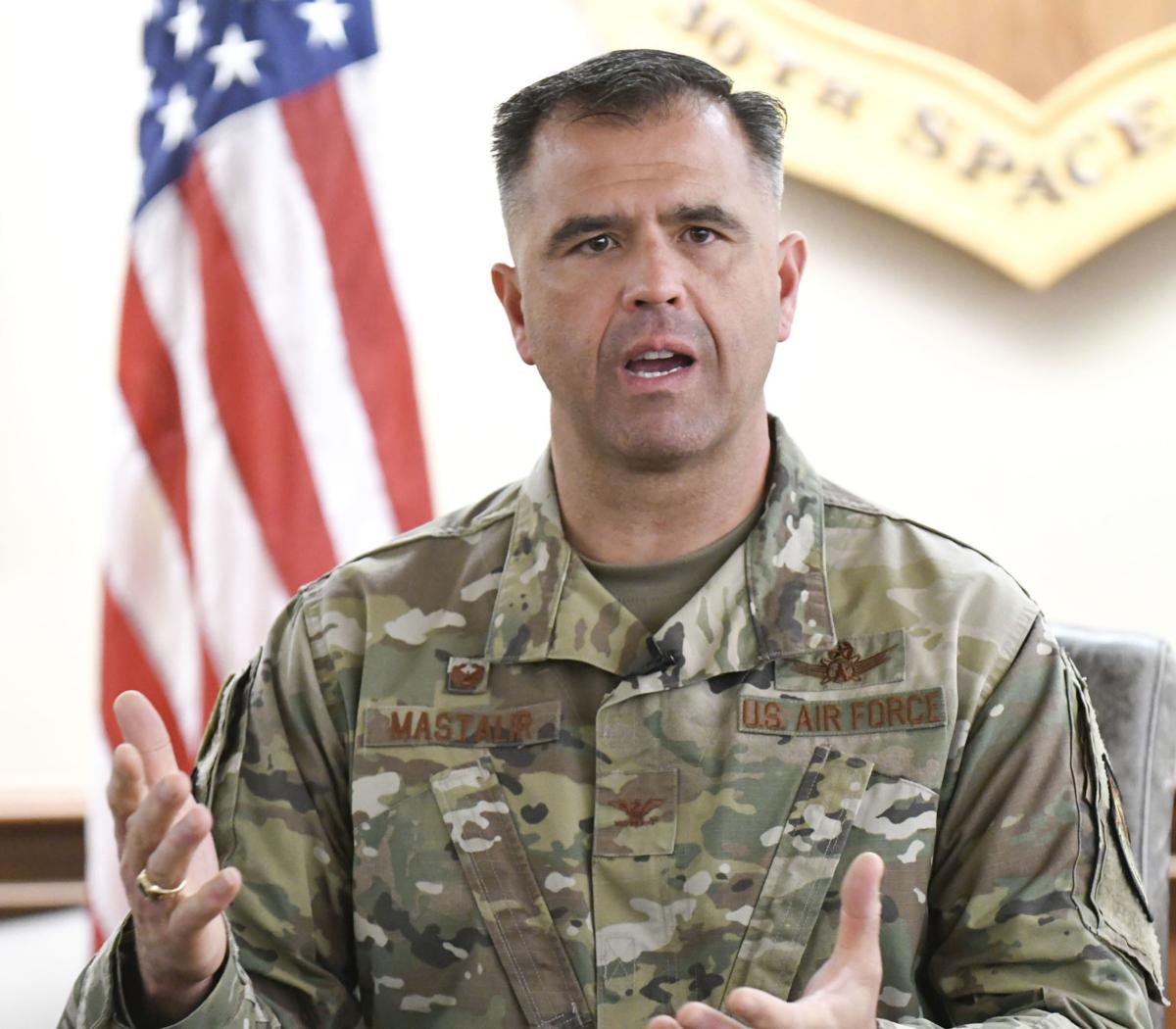 It didn’t take long for Col. Anthony Mastalir, who took command of the 30th Space Wing at Vandenberg Air Force Base in July, to get involved in one of the biggest hot-button issues affecting both the base and its neighboring city of Lompoc.

Mastalir said he was told before taking command about the tensions surrounding the Western snowy plover protections that have been enforced annually for 20 years at Surf Beach, the closest publicly accessible shoreline to Lompoc. Those protections for the bird species, which has been labeled as “threatened” by the U.S. Fish and Wildlife Service, have often led to partial or even full closures of the beach throughout the area’s warmest months.

Mastalir shared the comments during a wide-ranging conversation in a meeting room near his on-base office Thursday, just hours after the city of Lompoc announced that the base had obtained federal permission to keep the beach open throughout 2020, regardless of plover violations.

While that beach news likely was celebrated by many throughout the Lompoc community, Mastalir had more to say about the base's future and its connections to its surrounding communities. Among the topics he addressed were the new U.S. Space Command; the proposed U.S. Space Force; the future of launches at VAFB and how the base is preparing for a predicted rise in commercial space travel; his desire to get in a parade; and, of course, the future of plover protection efforts.

“It’s an exciting time for Vandenberg,” he said.

Just days before meeting with members of the media, Mastalir welcomed a key new tenant to Vandenberg Air Force Base on Tuesday with the formal establishment of the Combined Force Space Component Command, which will be headquartered at the base under the newly-created U.S. Space Command.

The Combined Force Space Component Command, which is being led by Maj. Gen. Stephen Whiting, will work to defend and protect U.S. assets in space from VAFB’s Combined Space Operations Center.

“The reality is space has become a warfighting domain, whether we like it or not,” Mastalir said. “Our adversaries are driving in that direction and we ... have a responsibility to protect the space assets upon which we and the American people rely on every single day.”

That new command is separate from the U.S. Space Force that has been proposed by President Donald Trump as a sixth branch of the U.S. military.

That proposal is under consideration by Congress, and Mastalir said he was looking forward to seeing this year’s National Defense Authorization Act, which is expected to include plans about a potential U.S. Space Force.

Regardless, the commander said VAFB is well positioned to continue to play a major role in space defense, particularly given the base’s 100,000-acre footprint, which he said offers significant growth opportunity.

“In terms of mission growth, which may mean more people, more jobs, more economic development, Vandenberg has a lot to offer and the Air Force is keenly aware of that,” he said.

‘Range of the future’

A big part of any growth on base — whether through commercial launches or defense programs — will rely on the base’s efforts to modernize and become a “range of the future,” which is a top priority according to Mastalir.

Those efforts include significant infrastructure and technology upgrades that will allow launch partners, for example, to utilize their own applications through a so-called “plug and play” system, rather than forcing them to rely on hardwired systems already in place. Other improvements are also planned for buildings — including a newly constructed Combined Space Operations Center that Mastalir said could be operational as soon as next spring — as well as for roads and the base’s seaport.

A big component of the modernization, according to Mastalir, is also the Automated Flight Safety System (AFSS) that essentially automates safety protocols on rockets and cuts down on manned systems. SpaceX has already flown missions from the base with the automated system.

“We’re driving heavily to encourage all the range users to adopt an AFSS for their safety requirements,” Mastalir said.

Mastalir said he expects there will be a “slight uptick” in launches next year after a relatively low-key 2019 that has seen just three rocket launches, with none currently planned through the remainder of the year.

That could change significantly beyond 2020, Mastalir said.

“What I see is an increased demand for space launch and it’s not going to be satisfied entirely by the Eastern Range [in Florida], so the Western Range is going to be part of that solution,” he said. “Our job here is to make sure the range is prepared to handle that increased capacity.”

Mastalir said the goal is to be able to host as many launches as possible while doing so safely and efficiently.

He compared the space launch industry to that of the airline industry, which has grown to the point that flights constantly arrive and depart from major airports within tight windows of time.

“Is there a day where we’re going to be launching rockets the same way that United Airlines launches aircraft out of LAX? Could be,” he said. “Probably not while I’m in uniform, but certainly could be.”

He noted that those launches could be to take people to Mars for colonization, or even just for vacations.

“It’s kind of fascinating when you think about where this could go,” he said. “We just want to continue [to] try to evolve as that demand grows.”

Mastalir, who grew up in Green Bay, Wisconsin, said he has enjoyed the warm welcome that has been extended to him and his family. He noted he has been invited to events throughout Santa Barbara and San Luis Obispo counties, and that he’s looking forward to cultivating relationships with the base’s neighbors.

One way he said he’d like to get involved is by participating in parades. A selling point: VAFB is the only U.S. Air Force base with working horses as part of its security squadron.

“If there’s a parade out there who will have us, I want to bring our airmen,” he said.

Mastalir’s most notable interaction with a neighbor to the base has been with the plover issue and potential changes, like the construction of a boardwalk, that soon could be coming to Surf Beach.

Mastalir said he has enjoyed working with Lompoc Mayor Jenelle Osborne, who said the feeling was mutual.

“The base has got some great ideas about how they would like to implement all these things and they’re the ones who proposed the concept of a boardwalk,” Osborne said in late September.

Mastalir acknowledged data shows the plover population has improved since the restrictions began nearly 20 years ago, and noted there’s a “circle-of-life component” regarding the bird’s natural predators.

“Due to the hard work and the dedication of not just the folks here at Vandenberg but, [also], the responsible citizens of Lompoc, we have done right by the Western snowy plover,” he said.

As an outdoorsman who enjoys mountain biking and skiing, Mastalir said the beach access issue is personal for him.

“Surf Beach isn’t Vandenberg’s beach — it’s the area’s beach; it’s Lompoc’s beach; it belongs to all of the citizens that live here in the great state of California and the Central Coast,” he said. “So we need to make sure that people have an opportunity to enjoy it but do so in a way that’s responsible and protects the environment.”

The Combined Force Space Component Command was formally established during a nearly hour-long ceremony Tuesday at Vandenberg Air Force Base. The gathering included the formal unfurling of the command’s new flag and the assumption of command by Maj. Gen. Stephen Whiting, who will lead the new unit.

Construction is underway on a near-shore combat ship for the U.S. Navy that will bear the name USS Santa Barbara, said a spokeswoman for the c…

Less than a month after it was revealed that Vandenberg Air Force Base was under consideration to host a new remotely piloted aircraft wing, Air Force leaders converged on the Lompoc Valley recently to share details on what that wing would entail.

The 14th Air Force, which is headquartered at Vandenberg Air Force Base, has been officially redesignated as Space Operations Command in support of the U.S. Space Force that was established this month by President Donald Trump.

After successfully advocating in 2019 to have Surf Beach kept open year-round, Lompoc city leaders have set their 2020 sights on increasing the recreational opportunities at the beach and its nearby estuary. 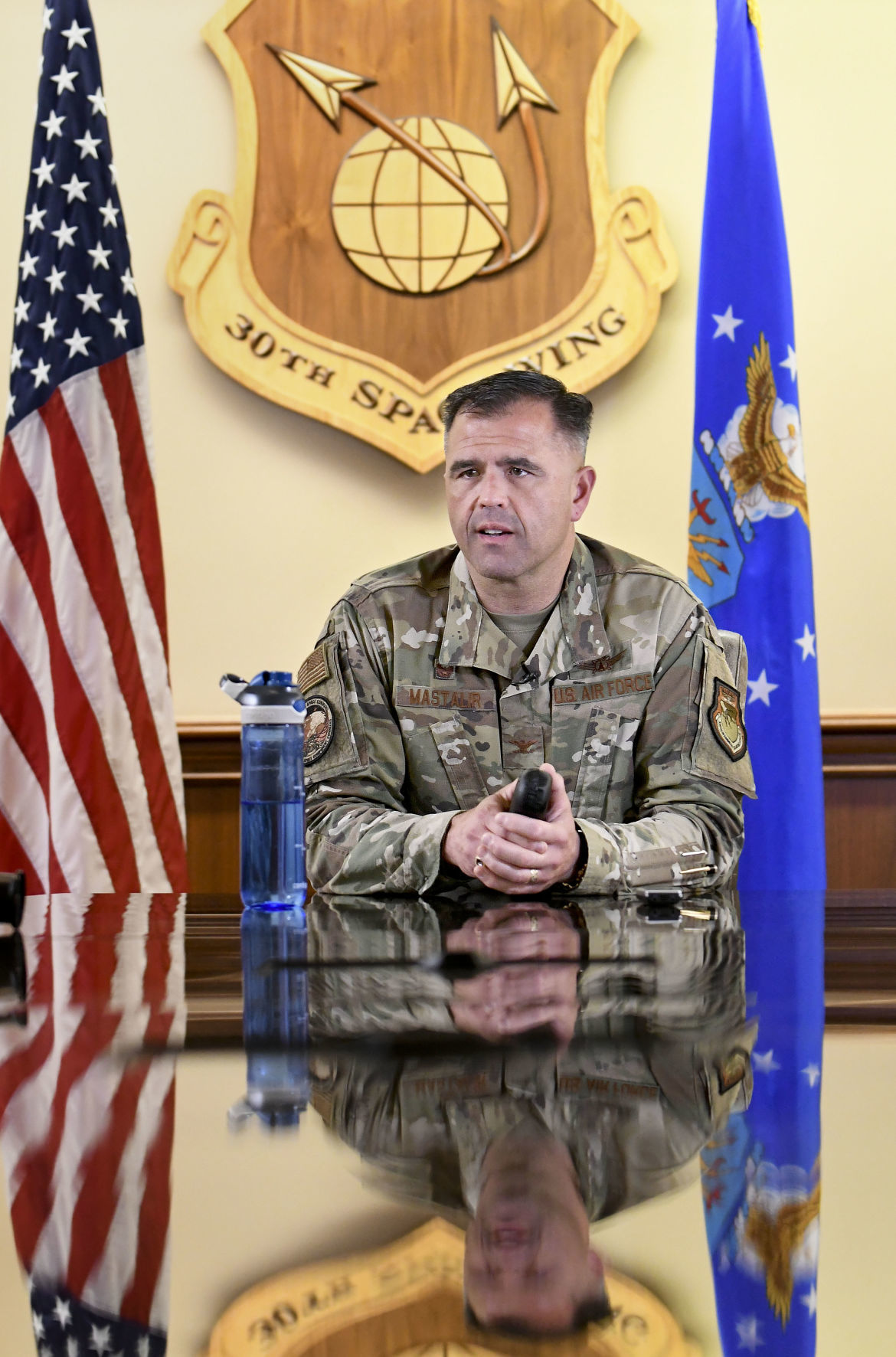 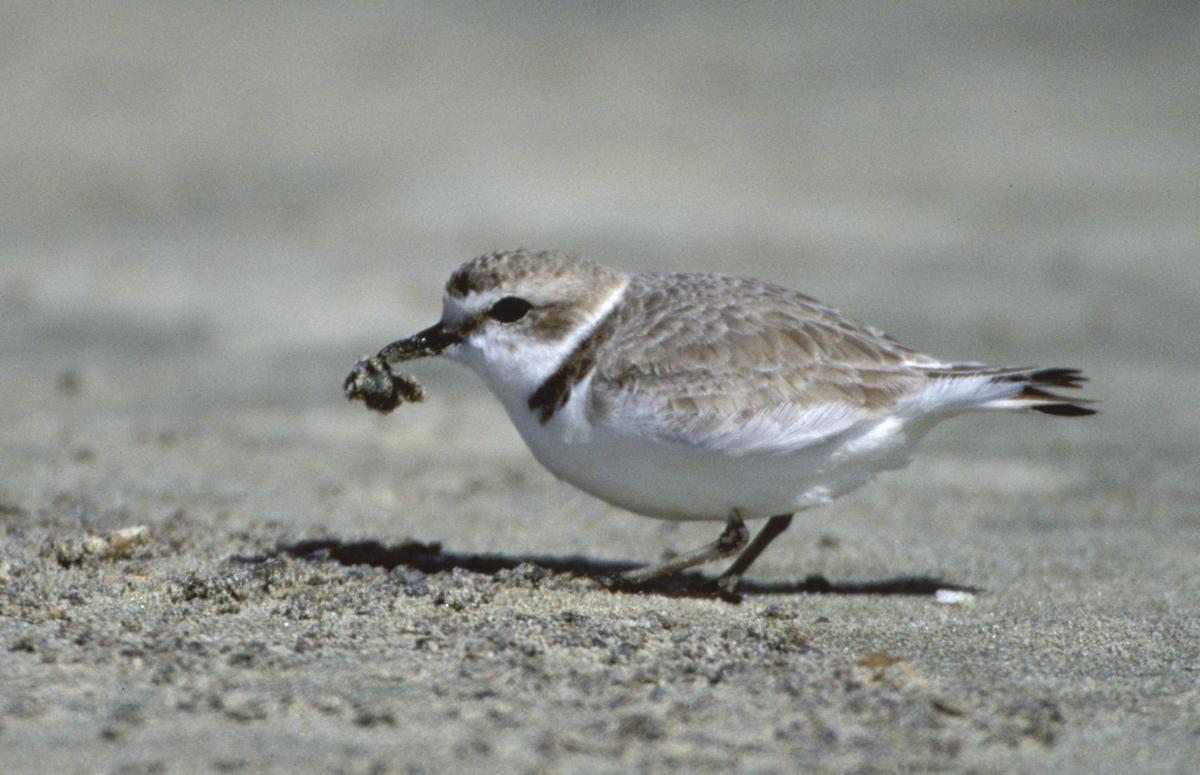 A Western snowy plover is shown at an unidentified beach in this U.S. Fish & Wildlife Service photo. 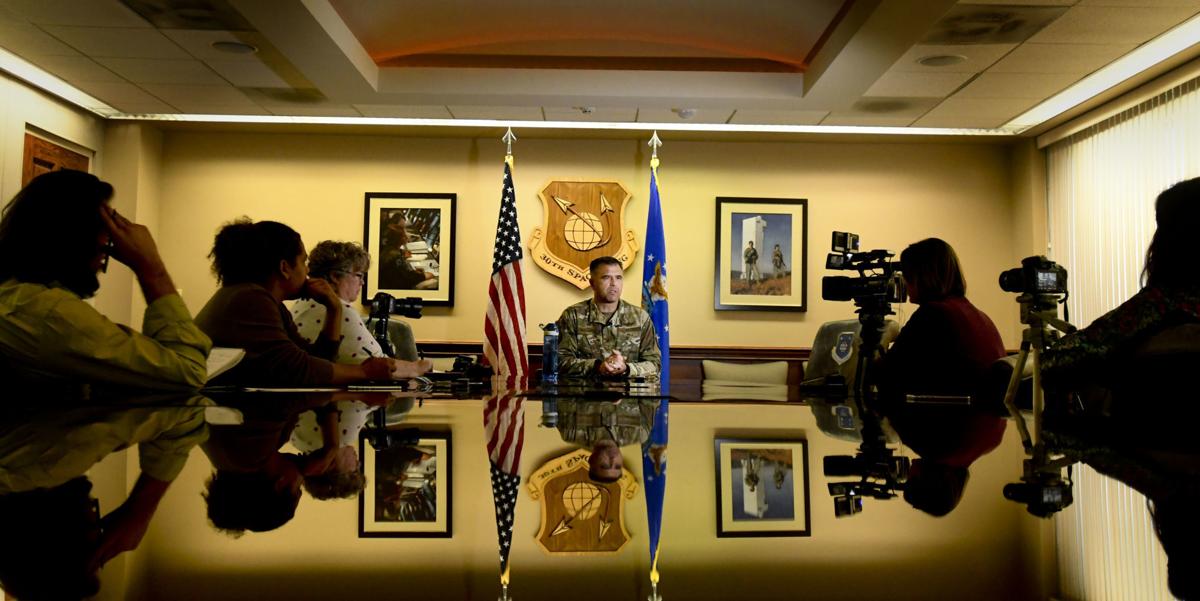