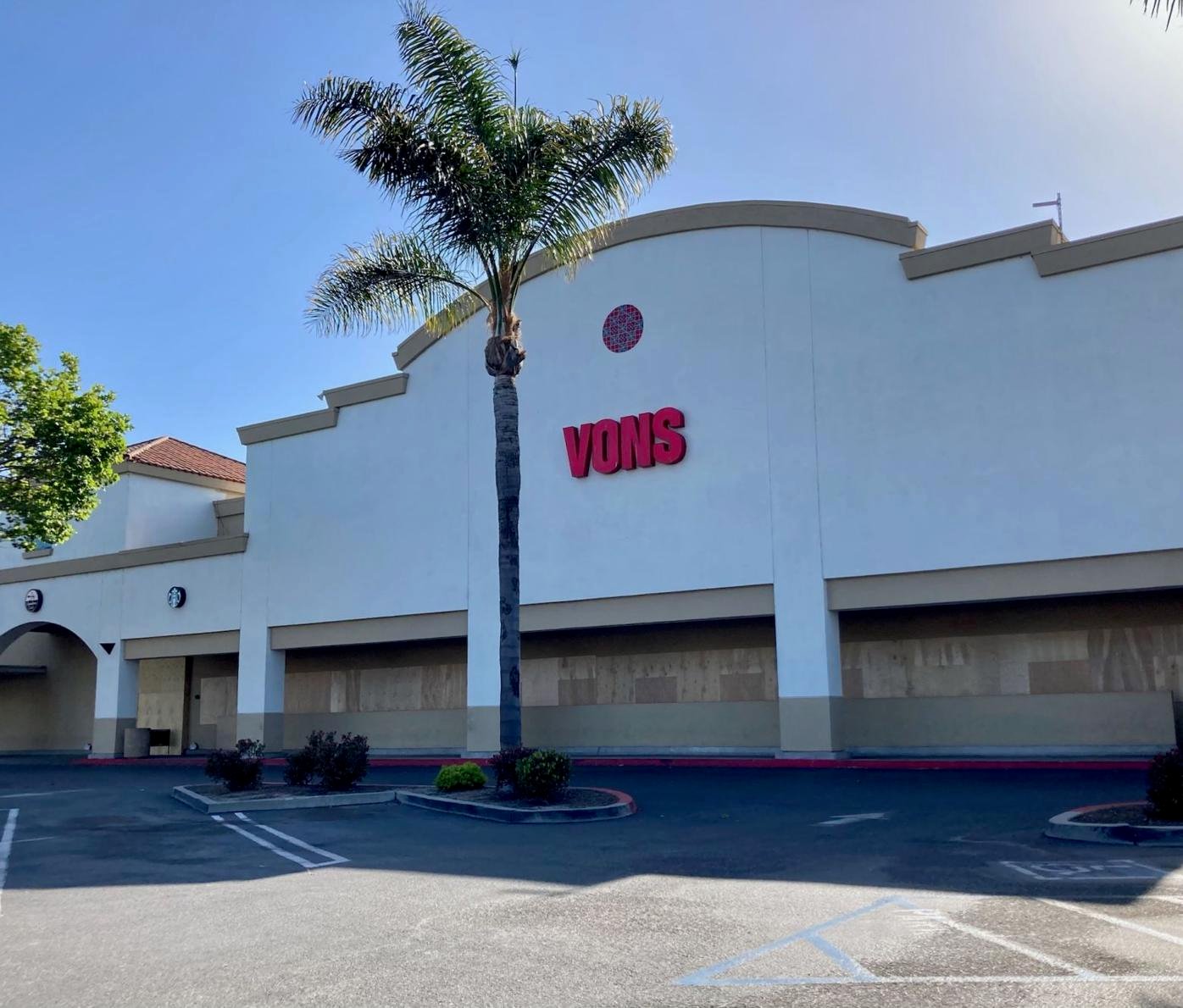 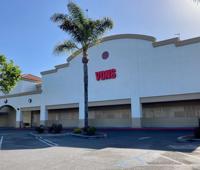 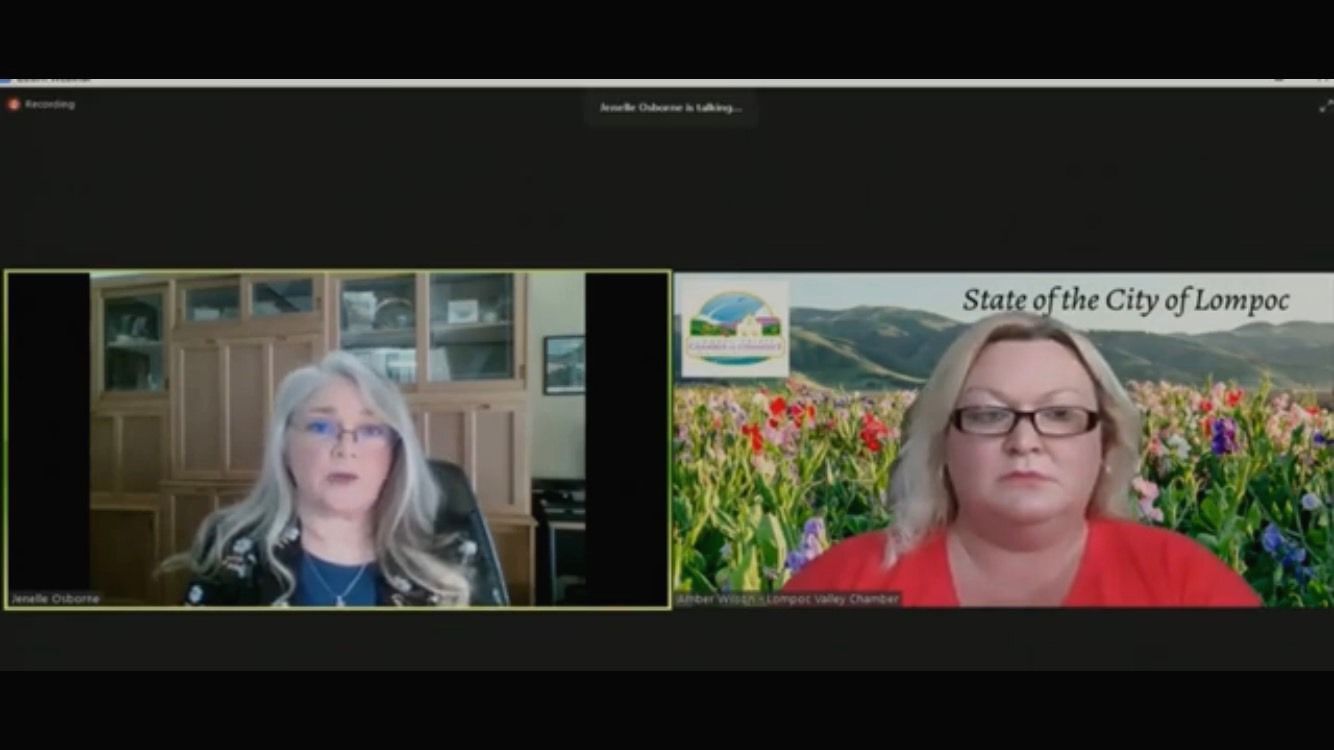 Mayor Jenelle Osborne, left, highlights future developments and past accomplishments during her annual State of the City address on May 19. The one-hour address was presented in a virtual format and facilitated by Amber Wilson, president and CEO of the Lompoc Valley Chamber of Commerce. 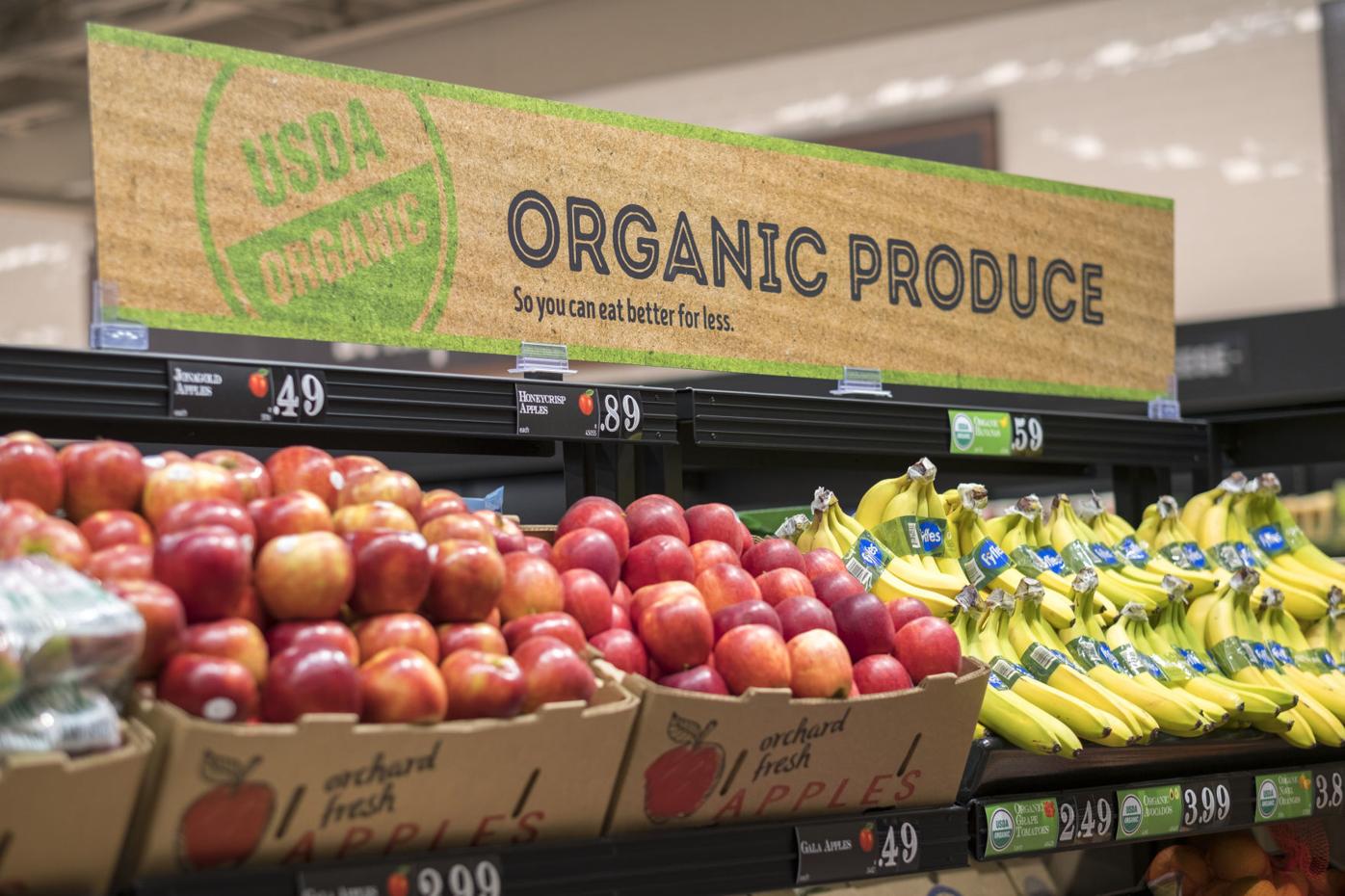 Aldi offers its own lines of produce at lower costs. In her State of the City address on May 19, Lompoc Mayor Jenelle Osborne announced the grocery story will share space at the former Vons property with Boot Barn.

Mayor Jenelle Osborne, left, highlights future developments and past accomplishments during her annual State of the City address on May 19. The one-hour address was presented in a virtual format and facilitated by Amber Wilson, president and CEO of the Lompoc Valley Chamber of Commerce.

A satellite is slated to launch during daytime hours from Vandenberg Space Force Base in September.

According to Mayor Jenelle Osborne, the launch of the LANDSAT-9 satellite will be conducted during the day "so we can all watch it go up and not just listen to it like we did for the Mars launch."

Leading up to the launch, Osborne said a monthlong series of community activities are planned that include the creation of a mural, trivia nights and various educational opportunities.

More details will be released in the coming weeks.

A new grocery store, housing project for veterans, 40-acre cannabis operation and daytime satellite launch from Vandenberg Space Force Base all are on the horizon for Lompoc and its residents.

Mayor Jenelle Osborne highlighted future developments and past accomplishments during her annual State of the City address on May 19. The one-hour address was presented in a virtual format and facilitated by Amber Wilson, president and CEO of the Lompoc Valley Chamber of Commerce.

"The future is looking brighter for our city as we emerge from the pandemic," she said.

New businesses include an Aldi grocery store that will share space at the former Vons property with Boot Barn. Aldi is a family-owned discount supermarket chain known for carrying low-cost proprietary product lines.

"We can make sure that the neighborhood doesn't lose out on a walkable, close grocery store," Osborne said.

The mayor also confirmed coffee shops Dutch Bros. and Human Bean will open within the 2021-23 budget cycle, which she hopes will alleviate the overflow of cars at local Starbucks drive-thru locations.

She said the community also can look forward to the opening of COLD Coast Brewing and Flower City Ballroom and Events Center, both located on Ocean Avenue.

Additional commerce will include a number of cannabis dispensaries and a large cultivation operation. Specifically, Lompoc will become the 40-acre headquarters for Central Coast Agriculture.

Housing is also on its way, Osborne announced.

In addition to a 44-unit development going in near the YMCA, she said the Santa Barbara County Housing Authority received approval to build a 15-unit veterans housing project in Lompoc. A mixed-use project also will break ground across the street from Solvang Brewing Co., featuring residential accommodations on the top level and retail space on the lower level.

Coffee companies The Human Bean and Dutch Bros. are planning to open drive-thru shops on the northside of Lompoc, which involves the demolitio…

"Plans were submitted and permits were pulled despite the pandemic," she said.

Osborne applauded the city's building division run by one individual who, over the last year, was responsible for issuing 1,180 building permits and completing over 3,000 building inspections.

"The city has been dealing with being closed for business," she explained, "but we never fully closed for business unlike many other cities that completely shut down and worked remotely from home. Our city staff has been present in all of our government buildings."

Although processes were slowed, she said, city staff continued to serve member of the community with in-person appointments throughout the pandemic.

By June 15, Osborne expects that city buildings will fully reopen.

In highlighting the work of first responders, Osborne credited both police and fire personnel who serve the community during the pandemic despite being hampered by staff shortages.

By year's end, Osborne said the goal is to have a fully staffed police department.

Since mid-2019, she said the department has reviewed over 500 building plans, inspected 800 construction sites and visited more than 1,500 sites to address weed abatement, a preventative measure she said will benefit Lompoc moving into fire season.

"All of our city services continued to function," she said, also noting Lompoc's obligations as a "full-service city" in which vital utilities provided to residents include water, electricity, trash pickup and wastewater treatment. "We were very lucky not to have the COVID outbreak impact the delivering of these services."

During her address, Osborne shared what she considers the city's most notable success: the completion of Beattie Park, the largest inclusive playground in Santa Barbara County, funded by Prop. 68.

The project, which broke ground on Aug. 31, 2020, after the City Council approved a nearly $740,000 contract with Great Western Installations Inc., welcomed children on March 3. The park features a play area for children of all ability levels as well as an adult fitness section.

"Beattie has set an example of what we want all our city parks to look like," she said.

Osborne highlighted other areas of progress over the last year, including an overhaul of the city's 30-year-old online utility billing system, launch of Lompoc's weekly Outdoor Community Market on Ocean Avenue and the city's approval of a $13.19 million in American Rescue Plan Act funds.

Areas that could receive funding include the city's fire and police departments, public works, library, and parks and recreation divisions.

"There's a lot going on in the community despite the pandemic," Osborne said. "[The pandemic] proved that we need to get outdoors and connect with each other and support local businesses."

The Lompoc Cemetery District was expanded by nearly 8 acres when the City Council voted unanimously last week to abandon the parcel of land adjoining Beattie Park and authorize its sale for $1.

The American Rescue Plan Act of 2021, which President Biden signed into law this year, are part of a national $1.9 trillion package intended to help soften the economic impacts caused by the COVID-19 pandemic.