3 barrels of crude oil spill from facility near Mission Hills 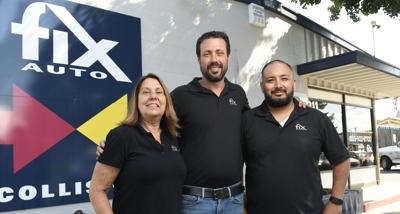 Military service runs in Hector Paz’ family, but it wasn’t on his mind in high school. His grandfather and father served in the Navy and Army, respectively.

Paz instead wanted to follow in his brother’s footsteps and attend college at Sonoma State University. But tragedy struck Paz at 17 when his older brother died in a motorcycle accident.

Nevertheless, he briefly attended Sonoma State, and Allan Hancock College, after graduating from Righetti High School in 1994. But he mainly floated around. Tired of school and needing a way to earn money to take care of his new girlfriend and her child, Paz went to the Navy recruiter’s office and joined the delayed entry program.

Military service would give him the structure he needed and turn him into the successful business owner everybody knows today.

Stories of Honor - Soledad Kennedy: 'Qualified to do anything with nothing'

Paz said he chose the Navy to see the world. And he did. In his 10-year enlistment, Paz served in three wars and his travels took him throughout the Mediterranean, parts of South America, and East Asia. He served on two ships, decommissioned one, and became a plank owner on another. In Navy terms, a plank owner is a crew member who commissions a new ship.

Military service runs in Hector Paz’ family, but it wasn’t on his mind in high school. His grandfather and father served in the Navy and Army,…

Paz entered boot camp with division 276 at Navy Recruit Training Command in Great Lakes, Ill. Upon graduating, Paz stayed in Great Lakes to attend Navy “A” school to be a gas turbine systems technician. He worked on the engines that powered Navy destroyers.

He received orders to the USS Caron (DD-970), a Spruance class or “Spru-can” destroyer based in Norfolk, Virginia and later the USS Halsey (DDG 97), an Arleigh Burke class destroyer in Mississippi.

He was a Tin Can sailor, which refers to sailors who serve on destroyers. Before reporting to the Caron, he got married. But two days before leave ended, Paz was ordered to report immediately to the ship for a four-plus month deployment to the Mediterranean. The news was jarring, he said.

“My wife was super pissed,” Paz said. “It was definitely welcome to the Navy life.”

That would set the stage for the rest of Paz’ Navy career. As a sailor on the East Coast, Paz frequently got underway due to hurricanes.

Many people know Lee Carroll as an easy-going CPA. But before he was crunching numbers, he learned attention to detail in the Army.  “I’m proud of it, but then I think anybody that does go around talking I was a Green Beret, then you kind of doubt what it is they really did.”

He first deployed with the Caron on a diplomatic mission representing the American flag in foreign ports. It was a sailor’s dream: hitting port on Monday and leaving on Saturday. It wasn’t entirely a luxury cruise, though.

Navy life differs in many ways from other branches in that -- aside from serving in a sea-going command -- the majority of sailors train primarily for jobs rather than for combat. It wasn’t pleasant at first because, for Paz, working below decks consisted of manual labor inside spaces with deafening noises that are barely air conditioned if at all.

There was one make-or-break moment Paz remembers on the Caron. He was on a lunch break from work reading The Amityville Horror and decided not to go back to work.

A higher-ranking sailor in his division by the last name of Baker, who Paz described as “Navy to the bone” and thus a little intimidating at first, caught Paz slacking off. Paz was a month into deployment, missing his new wife and family, and was experiencing a point of low morale.

“And I’m like screw this,” Paz said. “The Navy now stands for never again volunteer yourself.”

But instead of getting berated, as Paz expected, Baker instead calmly put things into perspective. He left Paz the choice to be a team player and come back to work with the rest of the crew. Paz eventually returned.

Stories of Honor - Stacy Moody: From combat to giving back

Military service has always been a big part of Stacy Moody’s family, and after a conversation with her older brother, who was a U.S. Army vete…

Another sobering moment came for Paz in October 2000 when the Caron was to enter the Suez Canal and stop at a Yemeni port. Then the USS Cole was bombed, killing 17 sailors.

“It would’ve been us instead of the Cole, had they not been hit,” Paz said. “It made our hearts sink.”

Paz transitioned to shore duty working at a maintenance command in San Diego. It gave him a chance to settle down with his family, but that only lasted three years. Paz had to choose different orders. Now with three kids, Paz decided to stay on the West Coast, which required him to take a pre-commission ship -- the Halsey -- in Pascagoula, Mississippi.

Separation wasn’t easy on his marriage and he eventually divorced. But Paz looked forward. He made rank, earned more qualifications, and left with the Halsey on its maiden voyage, passing through the Panama Canal and on to the Philippines where the ship conducted interdiction operations in support of the global war on terrorism.

Bindo Grasso is one of the last of his kind. A Pathfinder with the 101st Airborne Division during World War II, he parachuted into France the night before D-Day to light the way for fellow paratroopers. Nearly 75 years later, sitting in his Guadalupe home with granddaughter Stacey Moody, herself a Desert Storm veteran, Grasso, 96, recalled the flight over France into enemy territory on the night of June 5, 1944, and shared memories of events that shaped the course of world history.

After a decade, Paz left the Navy for civilian life in 2007. His ex-wife needed help taking care of the kids, he said.

Paz landed a job at United Launch Alliance at Vandenberg, but the transition was tough because he wanted nothing to do with the federal government anymore. He eventually left for a job with Progressive.

The career move set the foundation for entrepreneurship and his old hard-charging military habits returned. Along with his father, Paz started Fix Auto, an auto body shop on E. Mill Street in Santa Maria.

Opening in 2009, Paz is now in the middle of expanding his business, and he’s providing for an even bigger family: his employees.

“I wanted to do more to give back to my community,” Paz said. “And this is what I found worked for me.”

'Stories of Honor' is a series spotlighting veterans on the Central Coast, their lives, and their contributions to our country. Profiles will run weekly through November and be featured in a special newspaper insert on Veterans Day.

If you know someone who is deserving of being featured in 'Stories of Honor', please email Marga Cooley at mcooley@leecentralcoastnews, or call 805-739-2143.

Video - Stories of Honor - Stacy Moody: From combat to giving back

Military service has always been a big part of Stacy Moody’s family, and after a conversation with her older brother, who was a U.S. Army vete…

Video - Stories of Honor - Soledad Kennedy: 'Qualified to do anything with nothing'

Soledad Kennedy’s ambition for a career in law enforcement started in high school, and carved the path to where she is now — a mentor in the S…

Orcutt resident Lee Carroll talks about his time in the U.S. Army as a Green Beret, and his life after military service as part of our 'Storie…

On Jan. 17, 1966, James Milata was stationed at the Moron Air Force Base in Seville, Spain when he received the news that a B-52 bomber carryi…

Stories of Honor - David Oliver: Medicine on the battlefield

Like his father and uncle before him, David Oliver joined the Navy in 2010 to be a corpsman, or the branch’s version of an enlisted medical sp… 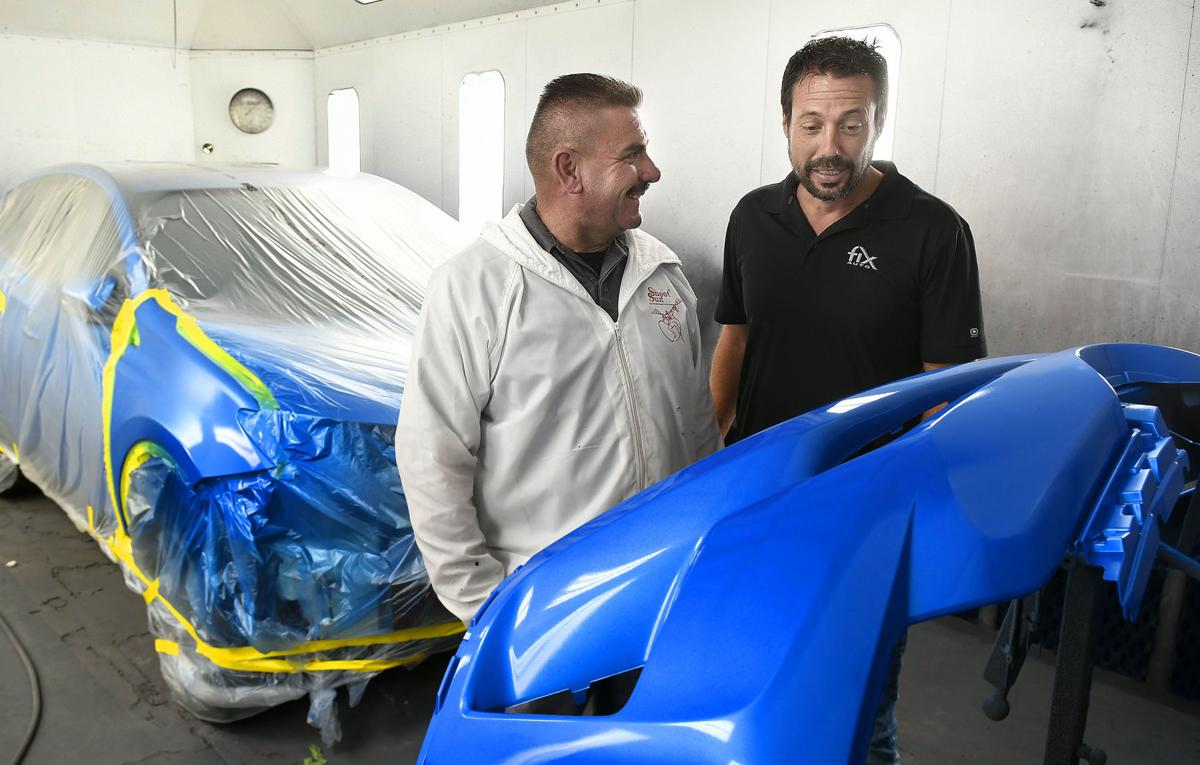 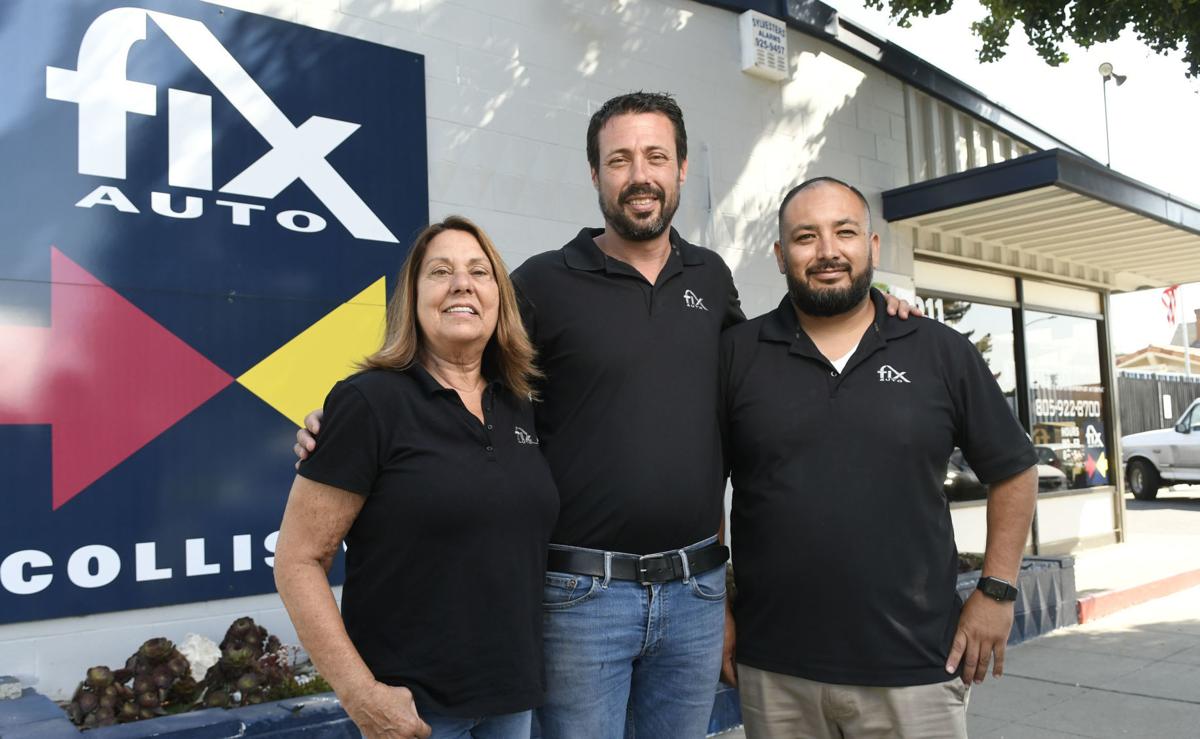