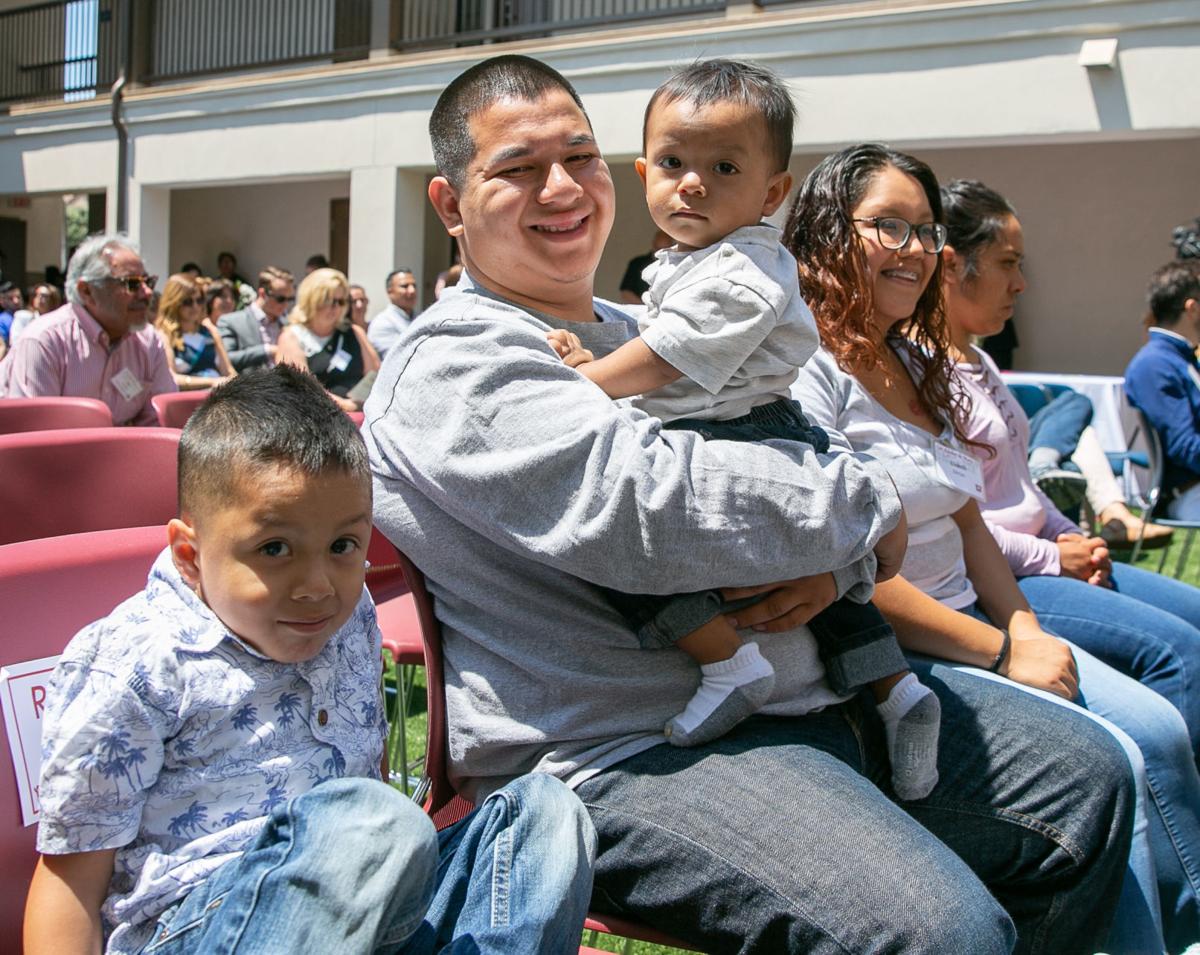 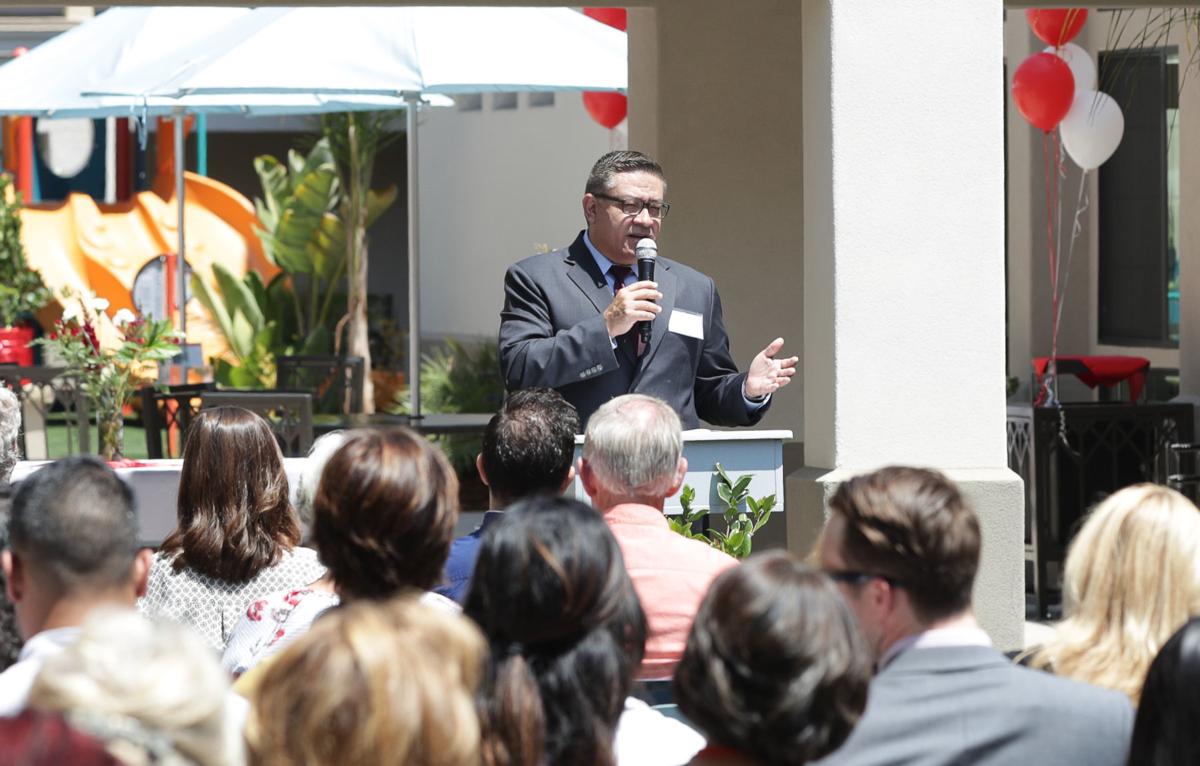 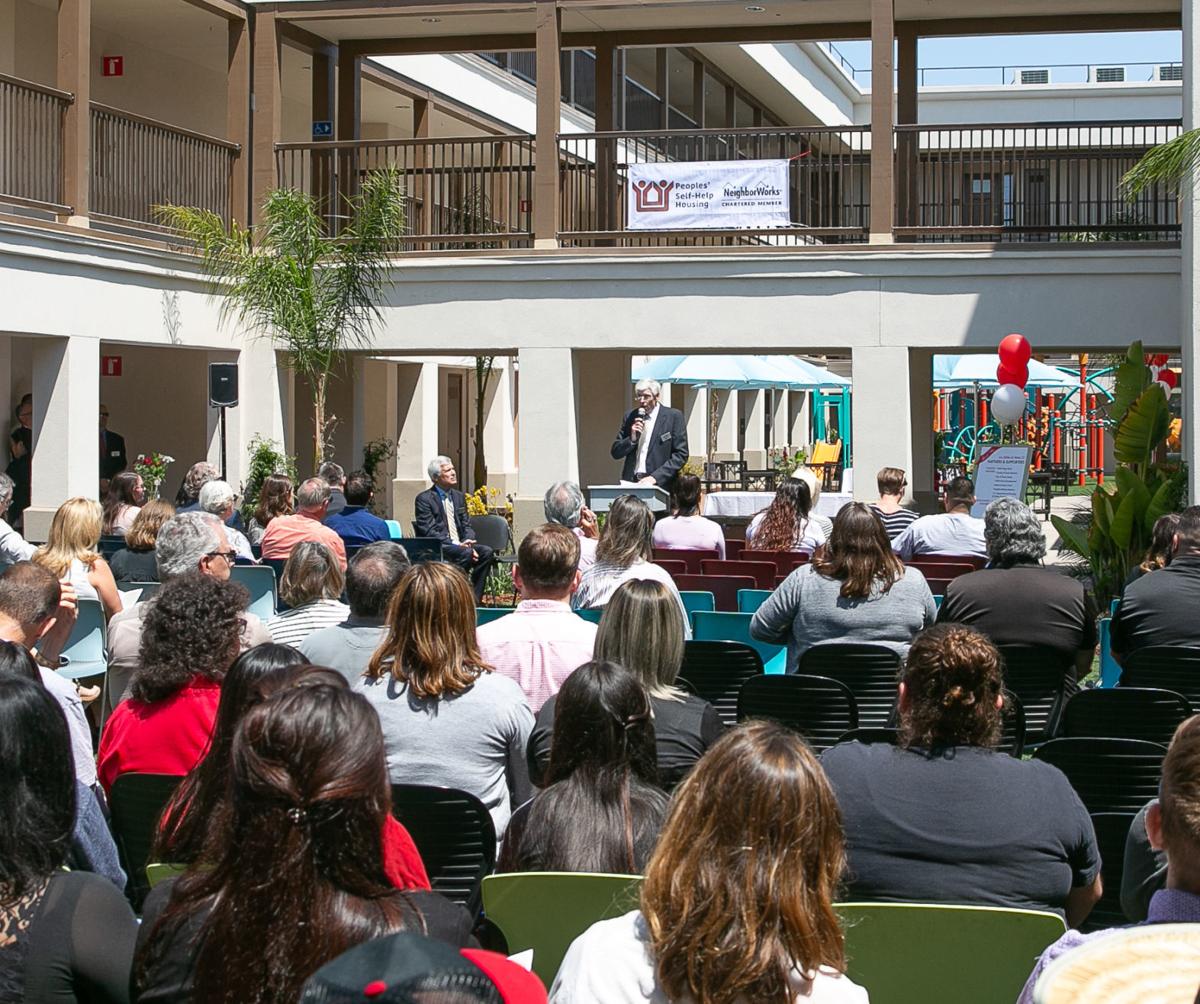 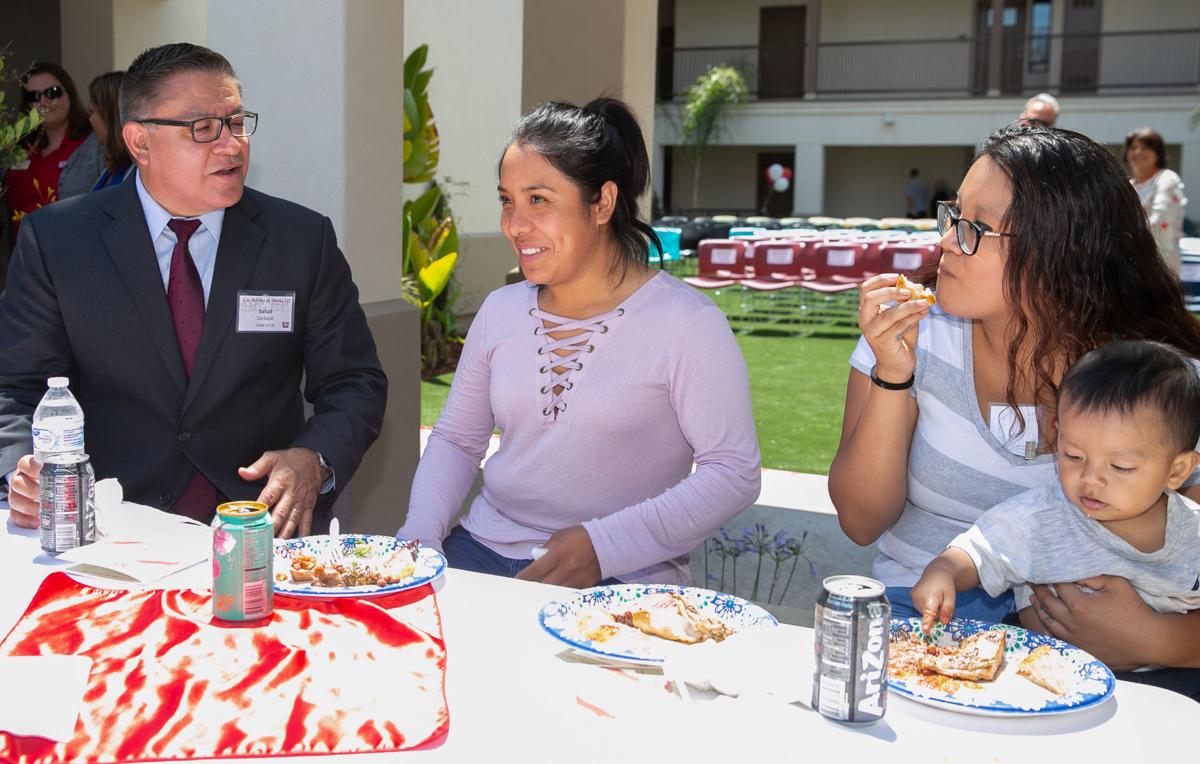 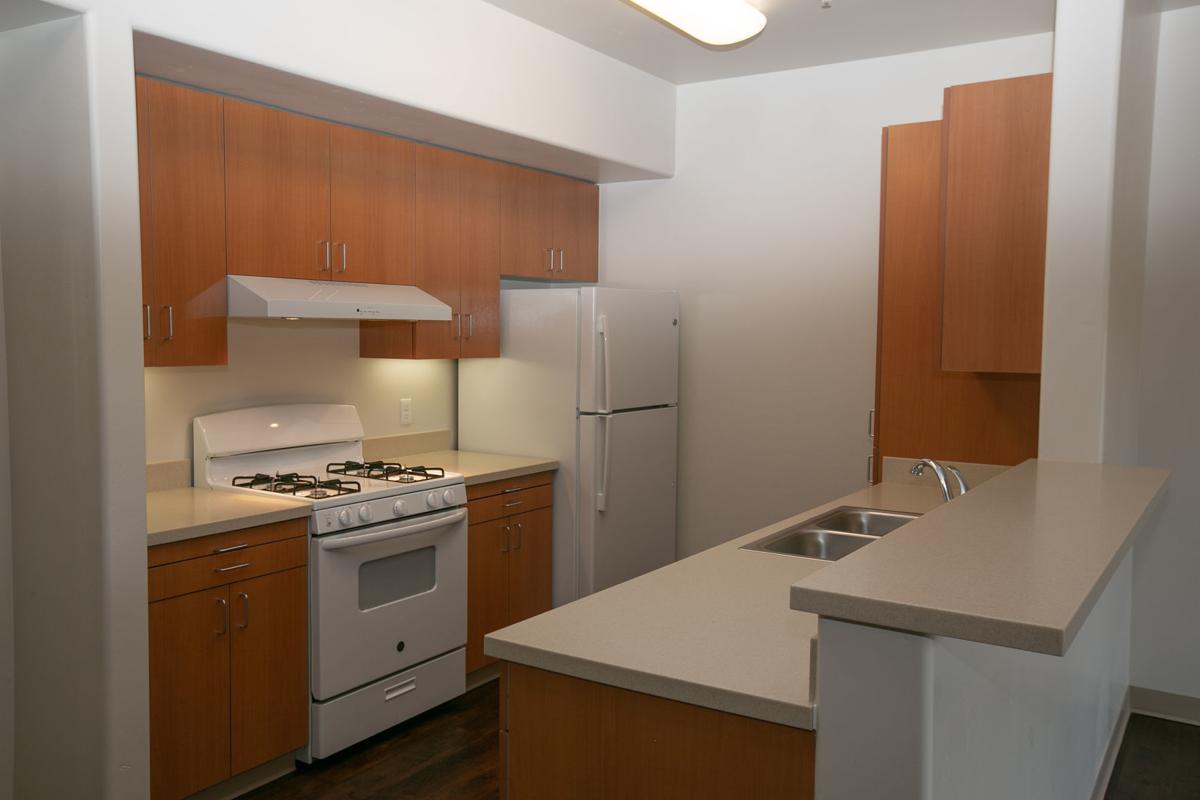 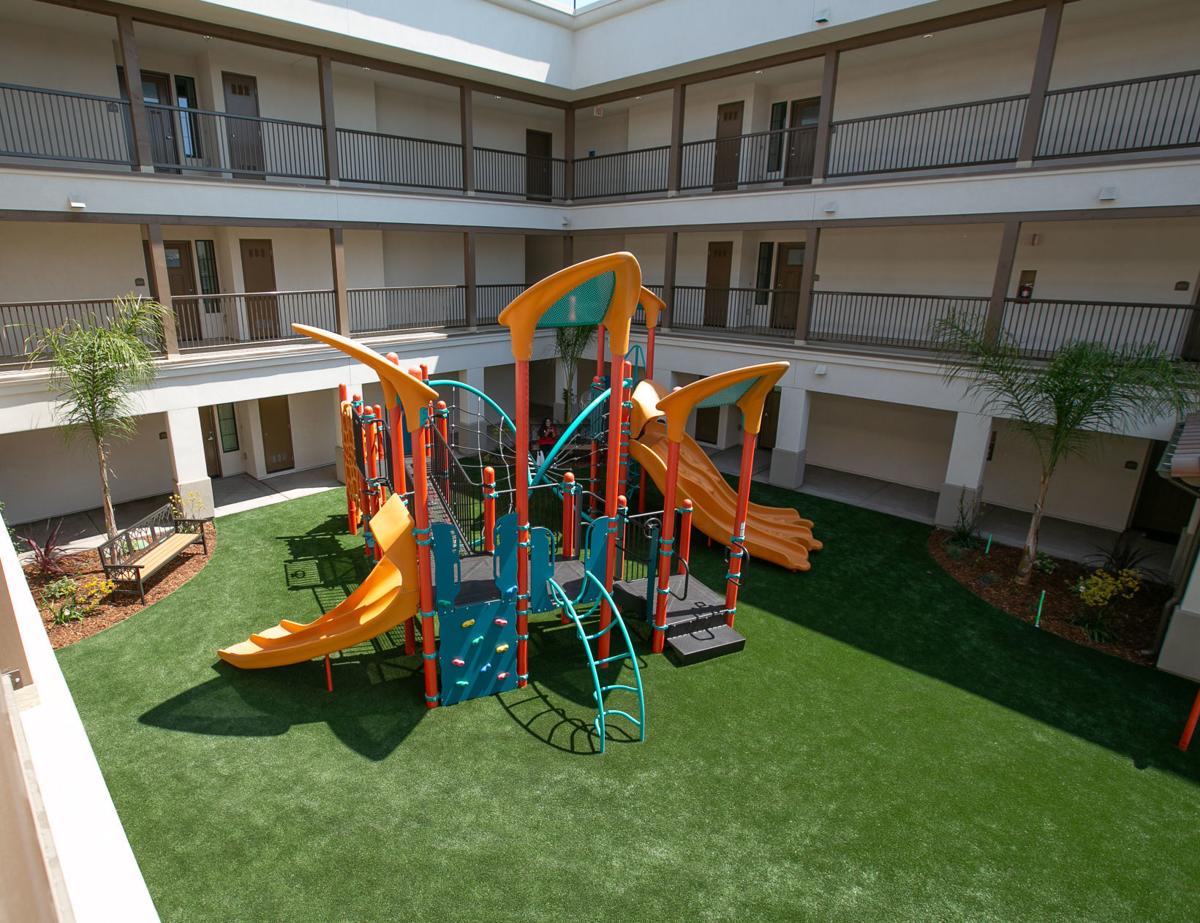 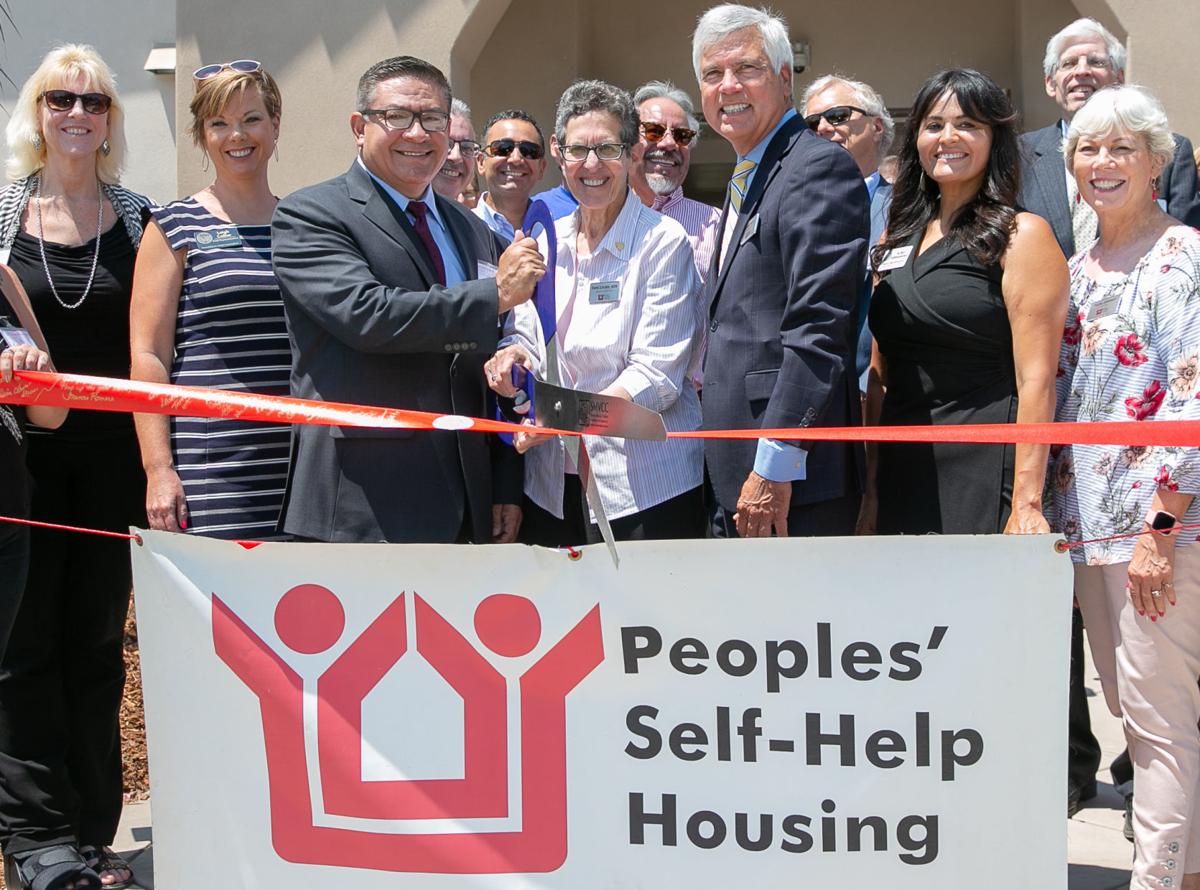 In development for the past six years, Los Adobes de Maria III is the third farmworker housing development built by the nonprofit organization in a section of Santa Maria near the intersection of Boone Street and Blosser Road.

The complex, which has one- and three-bedroom units, will house roughly 130 people, according to John Fowler, president and CEO of Peoples’ Self-Help Housing. All 34 units are accounted for, and residents are tentatively scheduled to move in next month.

“Affordable housing is a problem across the country and certainly in California, more than in any other state,” Fowler said. “We have a long waiting list here — close to 300 people on a waiting list just to get into these three locations, not to mention Santa Maria as a whole.”

There were 231 people who applied to receive housing in one of the 34 units at Los Adobes de Maria III. The residents are made up of people earning between 30 and 60 percent of the area median income, and the monthly rent for each resident is based on earnings. The current area median income for Santa Barbara County is $79,600, calculated by the Department of Housing and Urban Development.

Santa Maria resident Elideth Dimas, who will be a new tenant in a three-bedroom unit with her boyfriend Lisandro Rojas and their 4- and 1-year-old sons, spoke about how the development will help her family.

“It’ll help us give each their own room,” Dimas said.

Dimas said she and her boyfriend applied roughly one year ago and learned last month that they had been selected for a unit.

“We’re honestly really grateful — it’s going to help us out a lot,” Dimas said. “It’s so hard to find affordable housing — one-bedroom goes for $1,000-something these days. With two kids, it’s so hard to afford anything.”

Around six years ago, Peoples’ Self Help Housing was able to acquire the site and began to organize funding. Of the $14 million needed for the project, around $10 million came from low-income housing tax credits, Fowler said.

The project received funding from both public and private sources. In addition to money from Santa Maria and Santa Barbara County, other funding came from Wells Fargo, NeighborWorks America, the National Equity Fund, USDA Rural Development and the U.S. Department of Housing and Urban Development.

The development is also the first Peoples’ Self Help Housing project to receive a Leadership in Energy and Environmental Design platinum rating, which designates the building is energy efficient.

Built around a central courtyard and playground area, the units are designed with lighting and other features to reduce energy consumption.

“Energy calculations go into everything — it goes into the windows, it goes into the landscaping, we have solar,” Fowler said. “Much of the energy used here is generated onsite through the solar.”

Carbajal praised the nonprofit for its work to expand affordable housing along the Central Coast.

“I applaud Peoples’ Self-Help Housing for their dedication to creating real solutions to the affordable housing crisis in our community," he said. "I thank you for your hard work in not only directly addressing these issues but also organizing proactive efforts so our neighbors in need may experience a greater quality of life.”

The congressman also took time to talk about the importance of programs that encourage affordable housing developments and denounced the Trump administration’s desire to reduce funding for the programs.

“These are just the facts — please don’t take this as partisanship,” Carbajal said. “This administration has done everything possible to cut housing programs like these. But in a bipartisan way — Republicans and Democrats — reasonable minds prevailed. And in the last spending bill, we actually increased these programs by 10 percent.”

The son of a farmworker, Carbajal spoke about his own experience growing up in public housing and the value it has in the lives of residents.

The pair of men accused of killing Luis Alberto Castaneira two years ago in Santa Maria have reached a settlement in their cases, and will be …