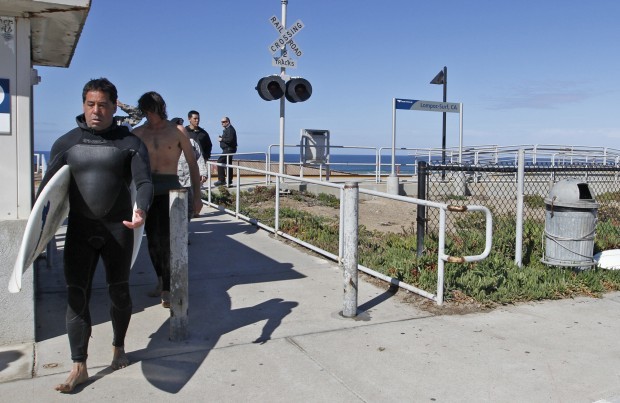 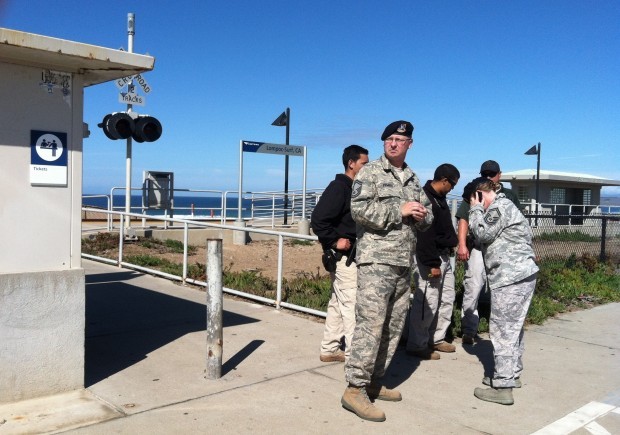 The man killed by a shark at a Vandenberg Air Force Base beach this morning has been identified as an Orcutt resident.

The man was surfing with friends when one witnessed the attack and dragged the victim to the beach, Williams said.

Upon receiving a 911 call about 11 a.m., the Vandenberg Fire Department and others responded. Emergency crews administered CPR but the man was pronounced dead at the scene, Williams added.

The Santa Barbara County coroner’s vehicle arrived at the site after noon.

The attack originally was reported as occurring at Surf Beach, but apparently occurred north of there at adjacent Ocean Beach.

Master Sgt. John Peters, a Vandenberg spokesman, said earlier that the man is not believed to be affiliated with the base.

Although the beach is located on Vandenberg Air Force Base, Ocean is accessible to the public along with the adjacent Surf Beach.

Two years ago, a Santa Barbara college student died after being attacked in waters off Vandenberg’s Surf Beach by what’s believed to have been a great white shark.

Lucas M. Ransom, of Romoland, a city near Perris Valley in Riverside County, was in the water with a friend between 9 and 9:30 a.m. Oct. 22, 2010, when the attack occurred. The 19-year-old UCSB student was boogie boarding on the break line about 100 yards off Surf Beach.

Surf Beach at Vandenberg Air Force Base reopened Monday, three days after a body-boarder was fatally mauled there by a shark.

Clutching flowers, surfboards and electric-green balloons, dozens of family members and friends of a UCSB student killed last week in a shark …

The shark in a fatal attack Tuesday off Surf Beach has been identified as a 15- to 16-foot great white, according to the Santa Barbara County …

Victim died doing what he loved

Francisco “Paquito” Solorio Jr. was doing what he loved Tuesday morning — surfing a nice swell with friends — near Surf Beach at Vandenberg Ai…

Beaches at Vandenberg Air Force Base are open again after being closed since Tuesday due to a fatal shark attack.

The brother and sister of Francisco Javier Solorio Jr., who was killed by a shark while surfing last week, are celebrating his life by creatin…