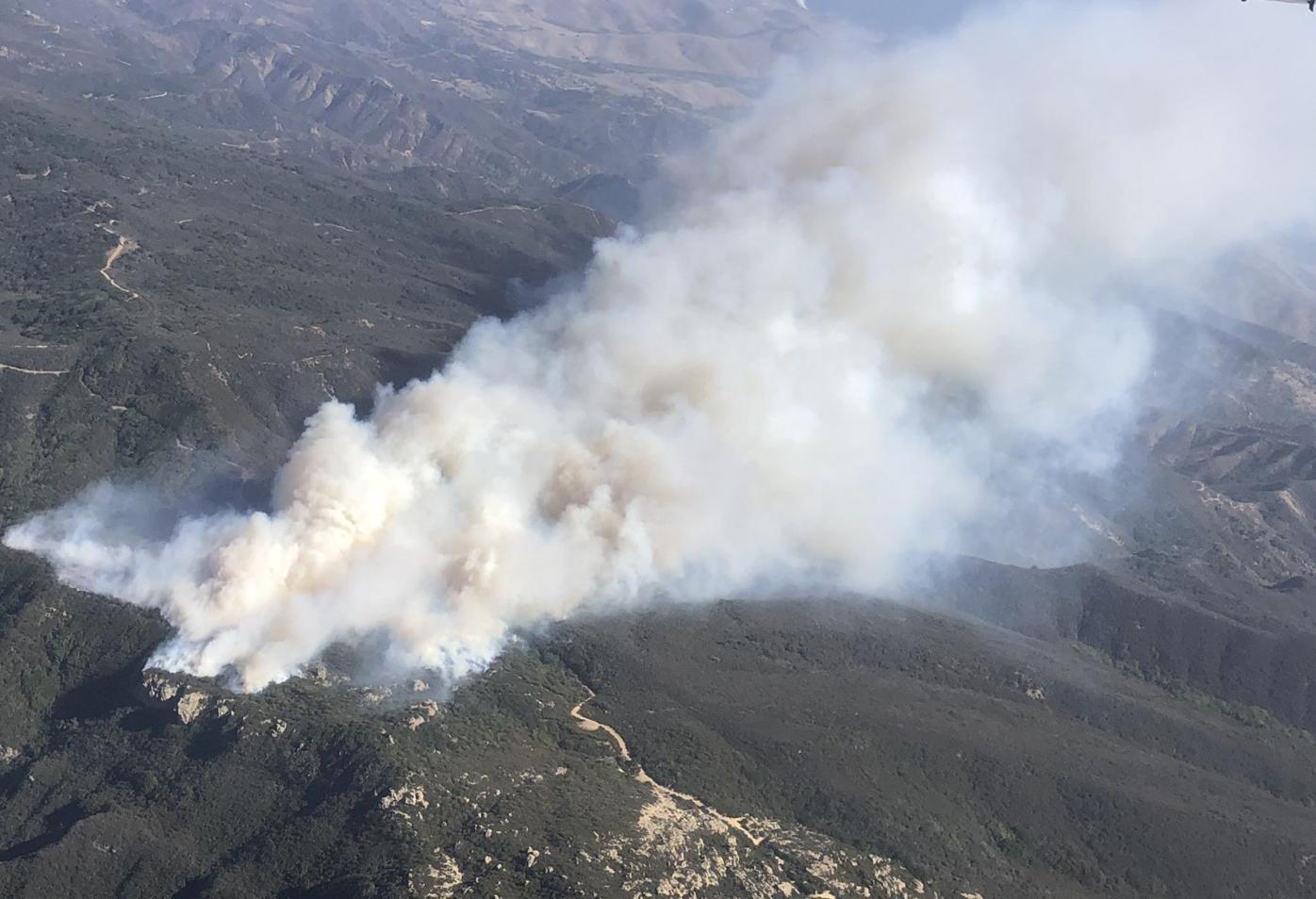 Heavy smoke billows up from a wildfire that was sparked around 2 p.m. Monday amid heavy offshore winds on the ridgeline of the Santa Ynez Mountains above Refugio State Beach. 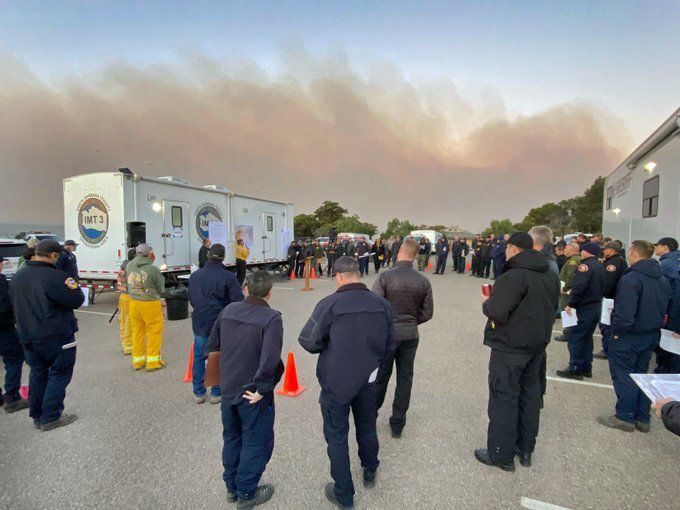 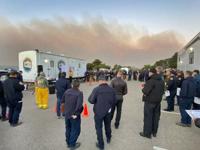 Fire crews and emergency personnel gather for a morning briefing on the size and growth of the Alisal Fire, Tuesday morning. 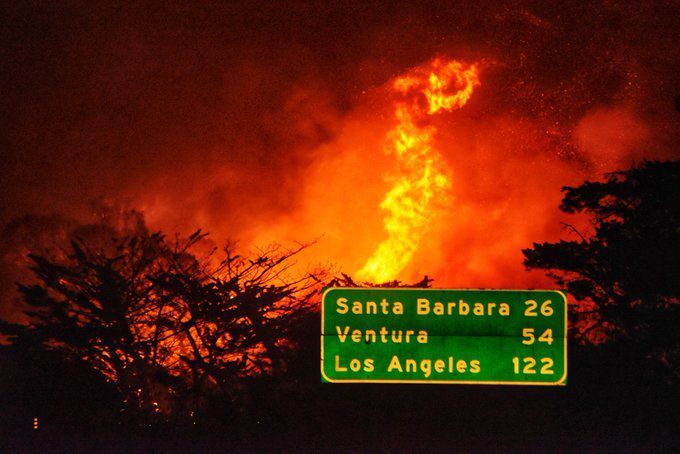 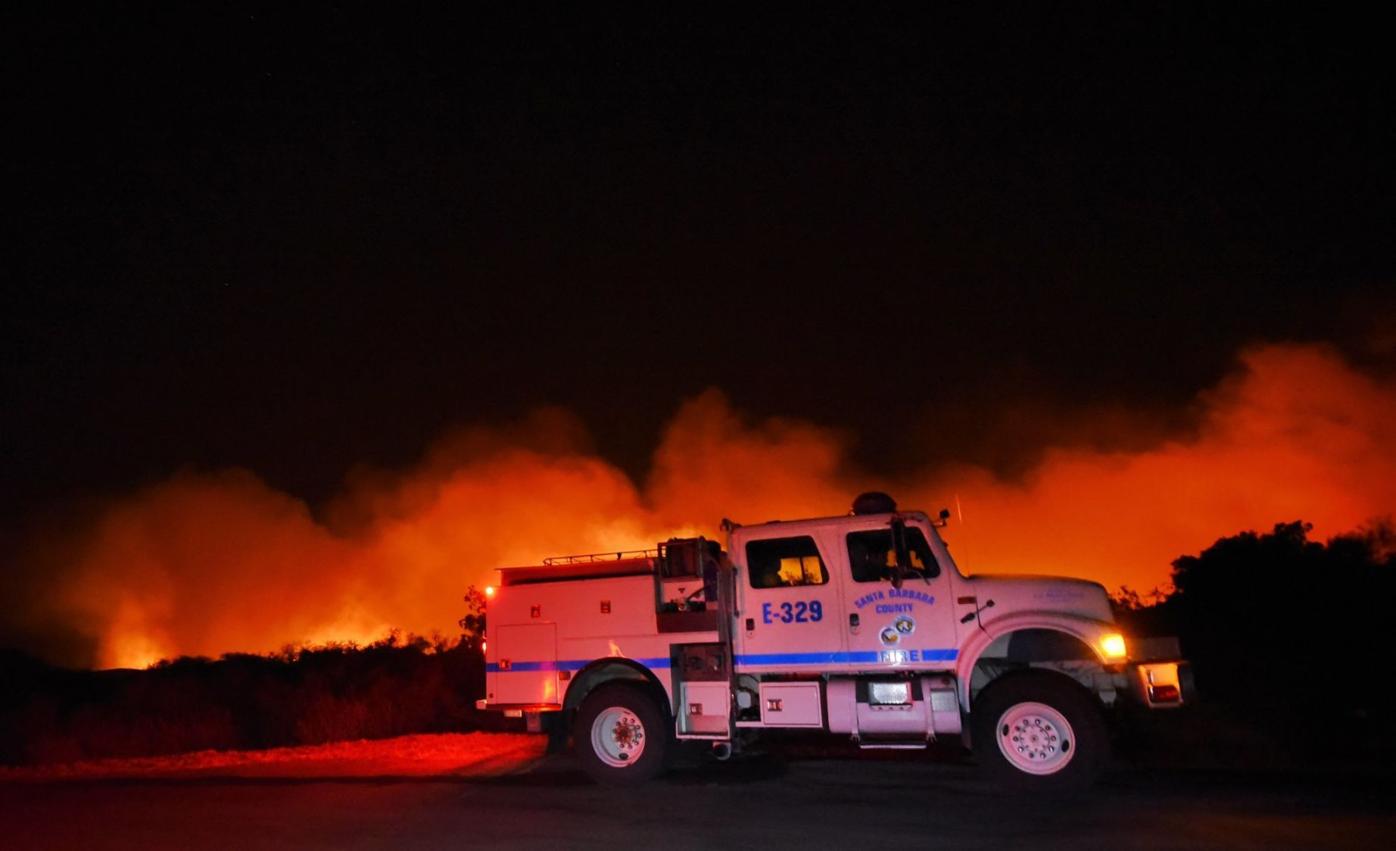 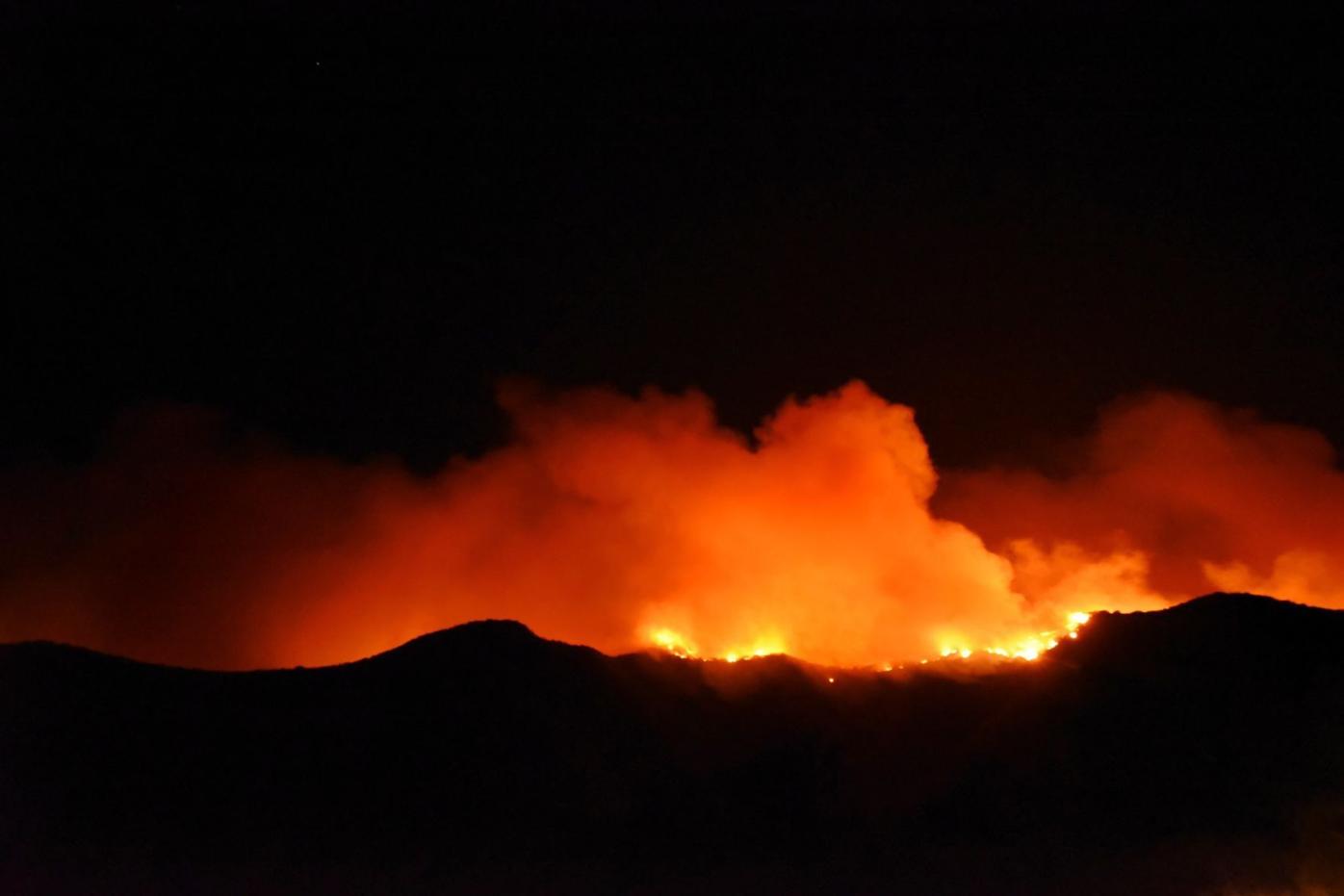 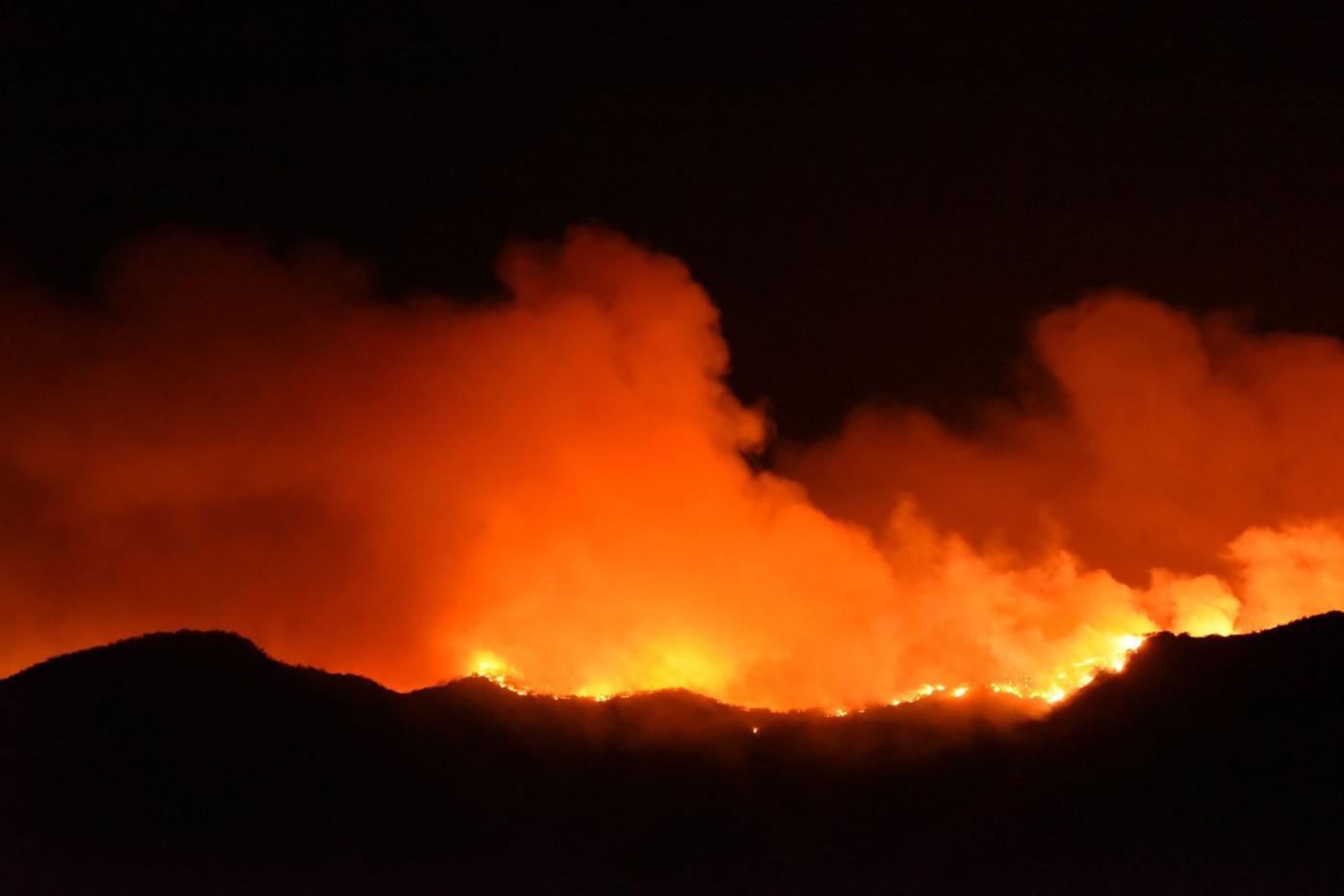 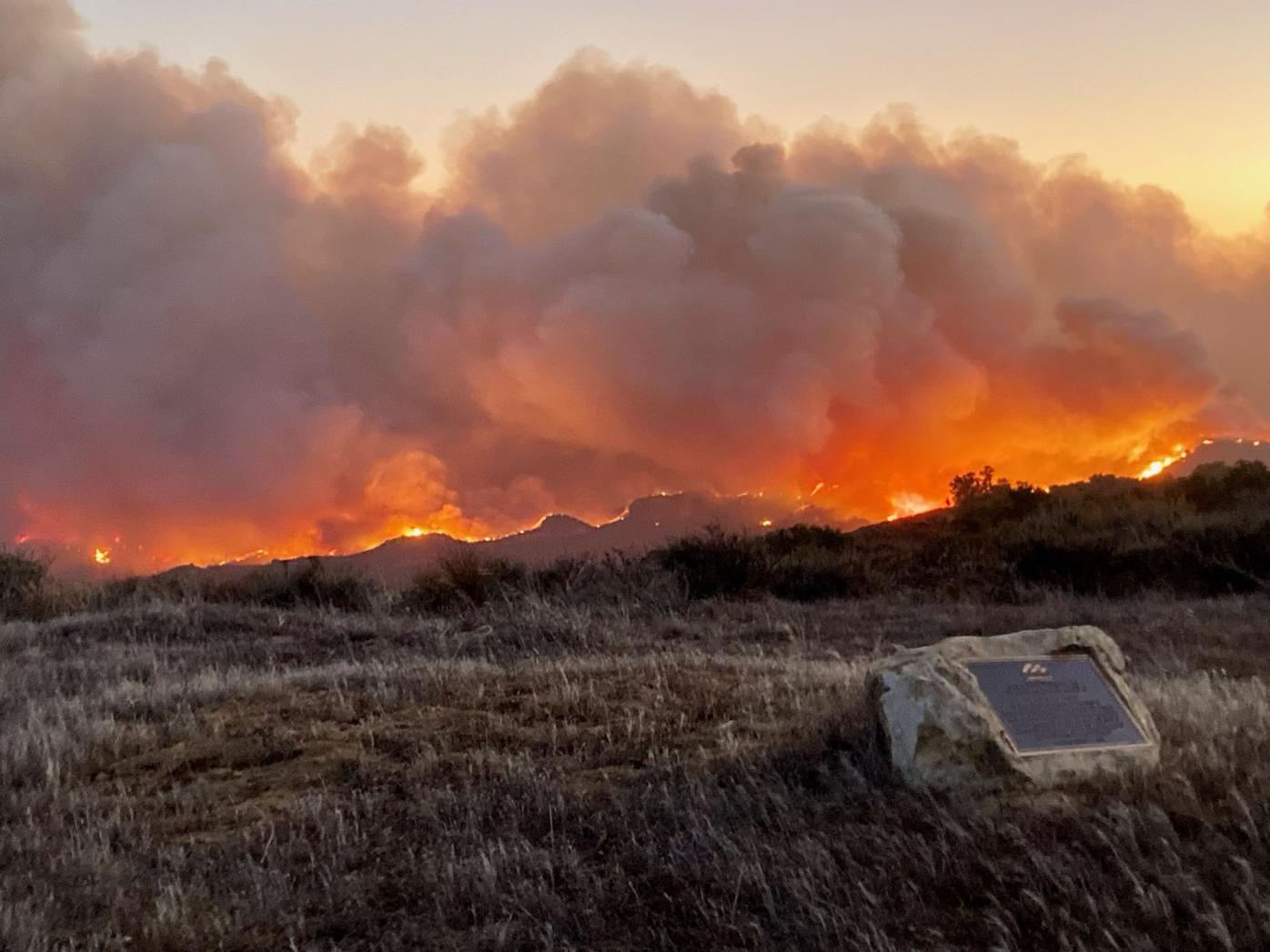 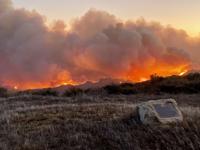 The view of the Alisal Fire from the Reagan Ranch courtesy of Fleming Bertelsen. 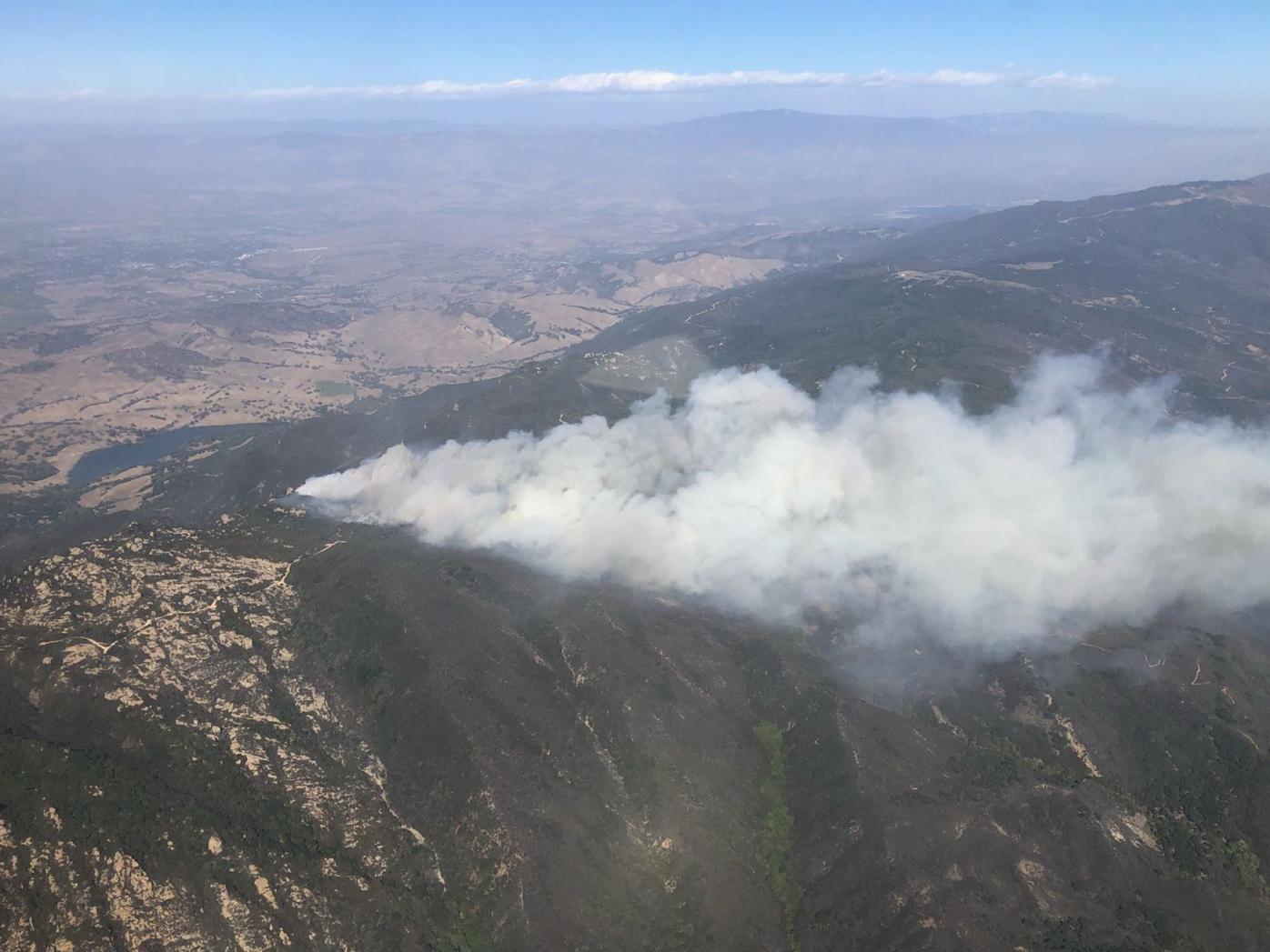 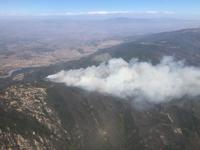 Santa Ynez Valley lies below a wildfire that ignited around 2 p.m. Monday near the intersection of West Camino Cielo and Refugio Road. Pushed over the ridgeline of the Santa Ynez Mountains by potent offshore winds, it quickly grew to more than 500 acres, prompting mandatory evacuations of the land below. 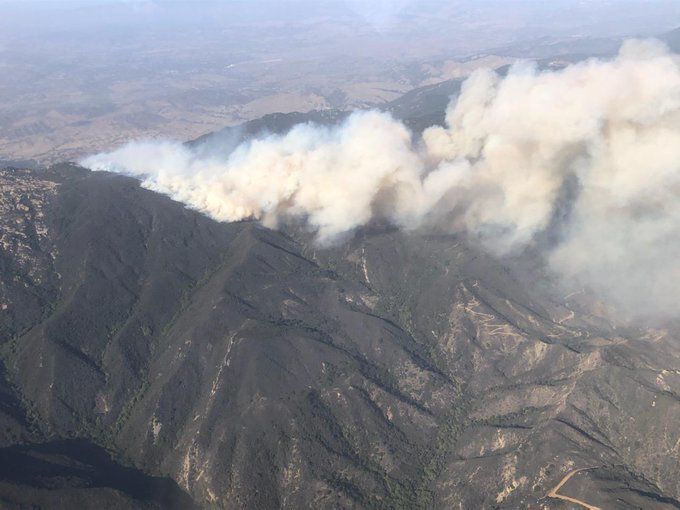 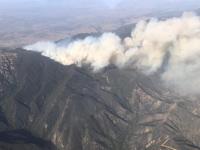 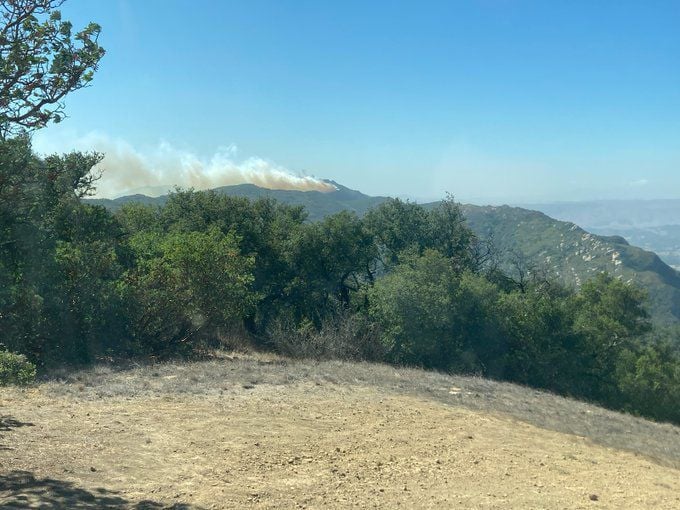 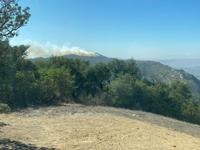 Potent offshore winds push heavy smoke seaward from the Alisal fire that broke out about 2 p.m. on the ridgeline of the Santa Ynez Mountains high above Refugio State Beach.

A fast-moving wildfire reported Monday in the Santa Ynez Mountains above Alisal Reservoir grew to more than 500 acres by that evening, according to officials.

The fire was reported shortly after 2 p.m. burning near West Camino Cielo and Refugio Road along the Santa Ynez Mountains and approximately 4 miles south of downtown Solvang, according to emergency scanner traffic.

The fire was estimated to be at least 500 acres and approaching 1,000 acres shortly after 4 p.m., according to scanner traffic.

Officials issued a mandatory evacuation order for Arroyo Quemada, Arroyo Hondo, Tajiguas and Refugio State beaches and the canyons above them shortly after 3 p.m.

Evacuation orders for El Capitan State Beach, including the private campgrounds, the residences directly north of the state beach and Dos Pueblos Canyon were issued around 6 p.m.

The fire has moved down the southern slope to directly north of the Tajiguas landfill and reportedly jumped into the center divider of Highway 101, according to scanner traffic.

Crews reported wind speeds of at least 15 mph near the location of the fire, which was reported moving at a fast rate of spread, according to scanner traffic.

A command post was set up at Refugio State Beach.

No damage to structures had been reported as of this writing, although officials warned residences in the Tajiguas Canyon area and west of Refugio Road could be threatened, according to scanner traffic.

Traffic closures are in place, including Highway 101 in both directions between Highway 1 and Winchester Canyon/Cathedral Oaks roads at 5:30 p.m. as the fire approached the freeway, according to sheriff’s spokeswoman Raquel Zick.

An estimated time for reopening Highway 101 was not provided, although Highway 154 between Santa Barbara and the Santa Ynez Area remained open, according to Caltrans District 5 spokesman Jim Shivers.

A big-rig that went off the road near Arroyo Quemada Beach reportedly caught fire shortly before 6 p.m., when it was reported fully engulfed in flames, and the driver was taken to the hospital, according to scanner traffic.

The Pacific Surfliner Train 777 was holding in Santa Barbara as of 6:18 p.m. due to the fire, according to Amtrak.

An evacuation center was also set up at Dos Pueblos High School.

Federal officials are expected to resume command of firefighting resources on Wednesday after the Alisal fire grew to more than 6,000 acres on Tuesday and with 0% containment, as gusty winds have impeded efforts to drop retardant from the air, according to a U.S. Forest Service spokesman.