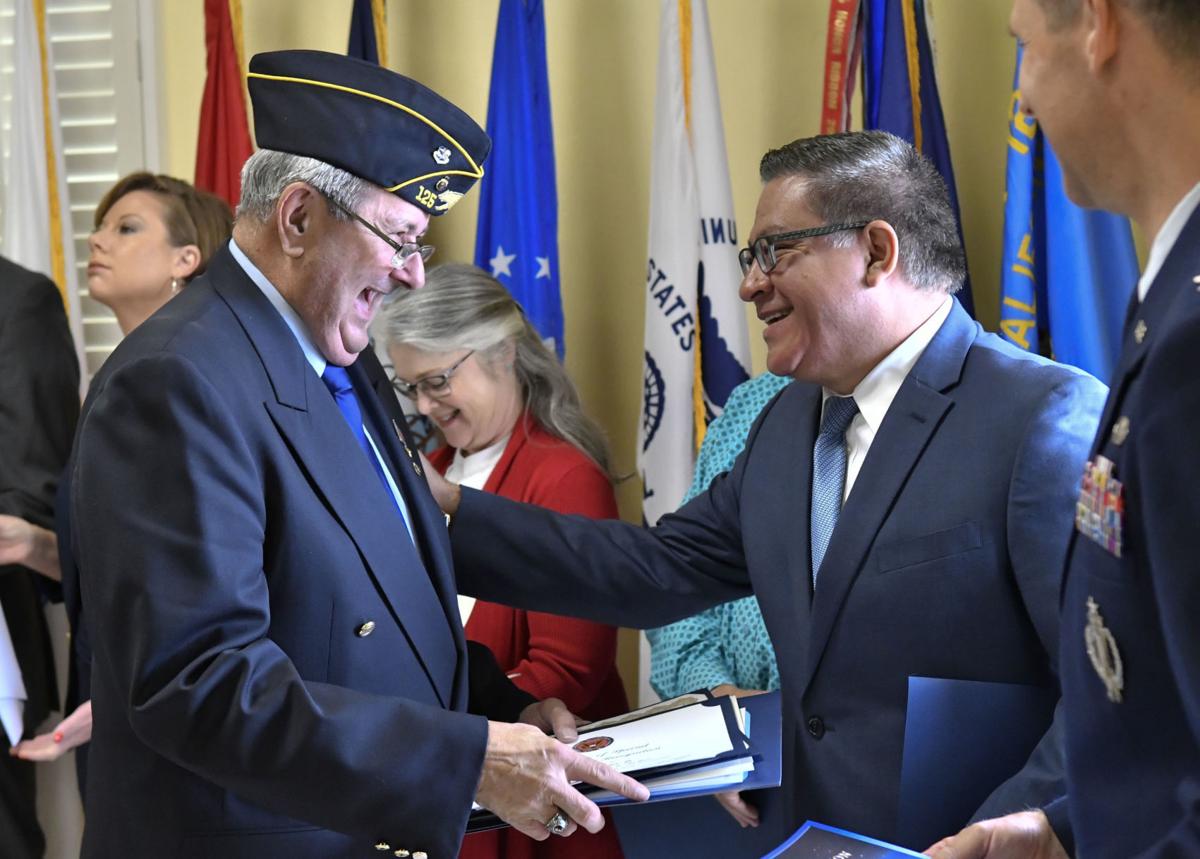 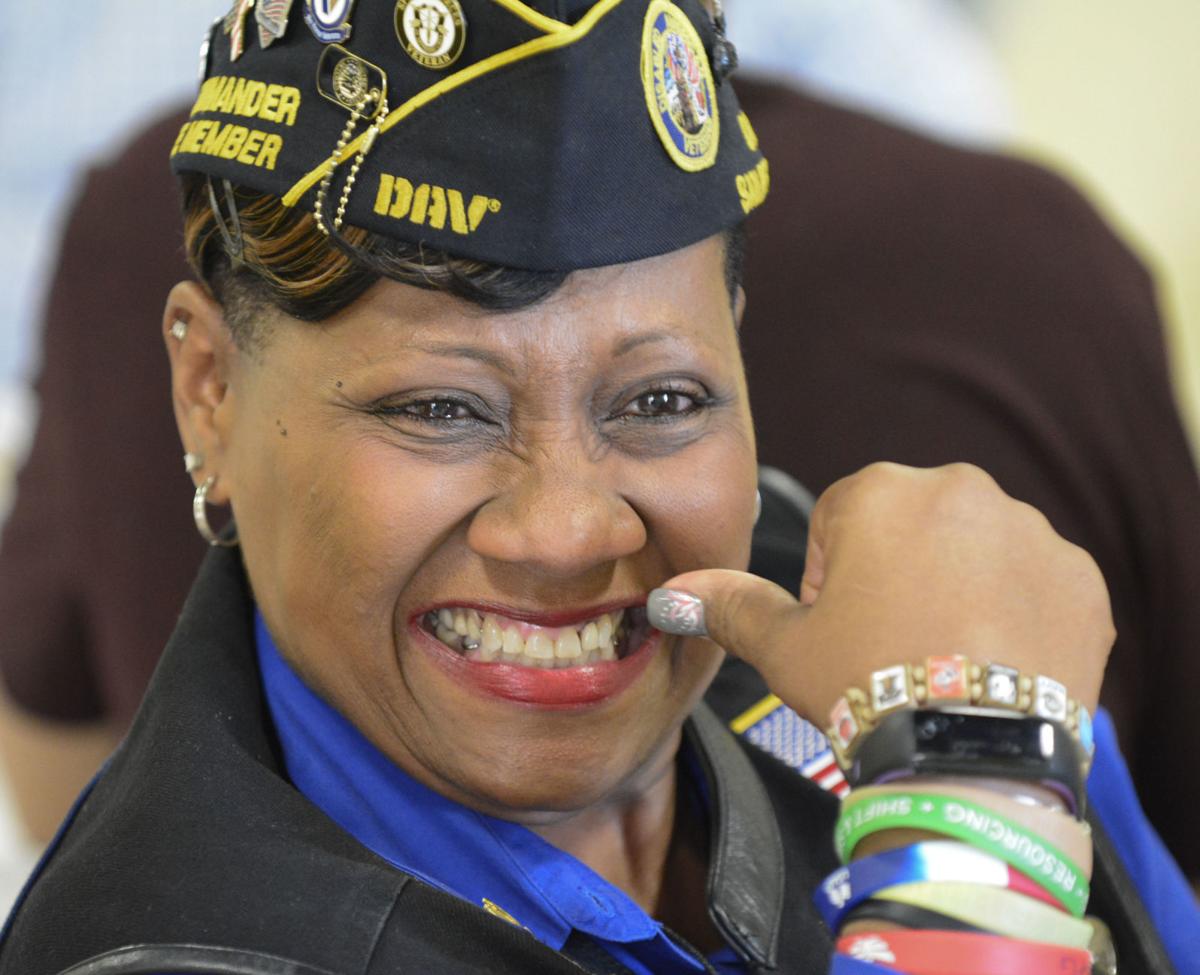 U.S. Navy Commander Shirrell M. McCarey listens to her introduction for an award during Congressman Salud Carbajal's breakfast for veterans at the Lompoc Veterans Memorial Building, on Wednesday. 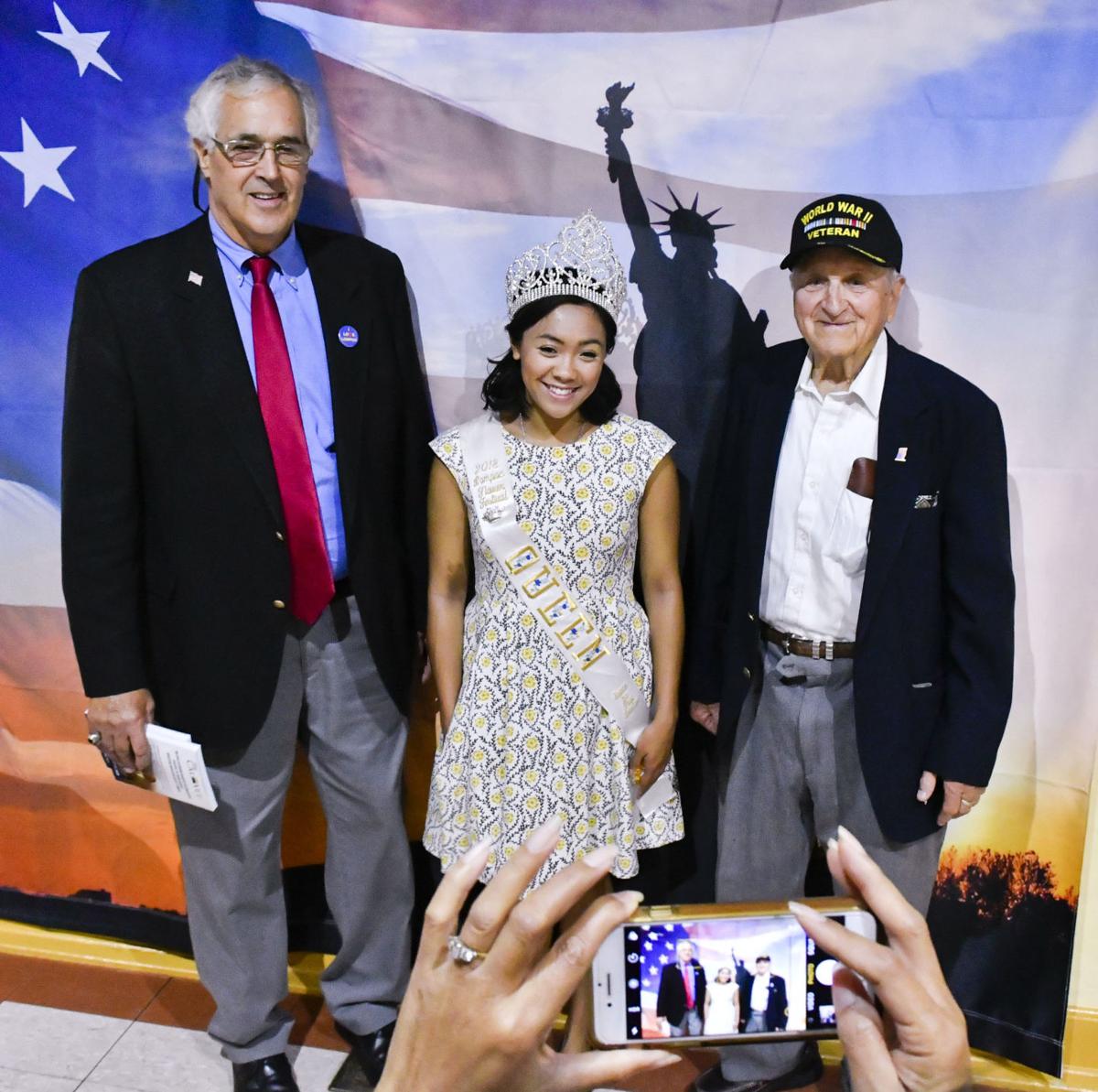 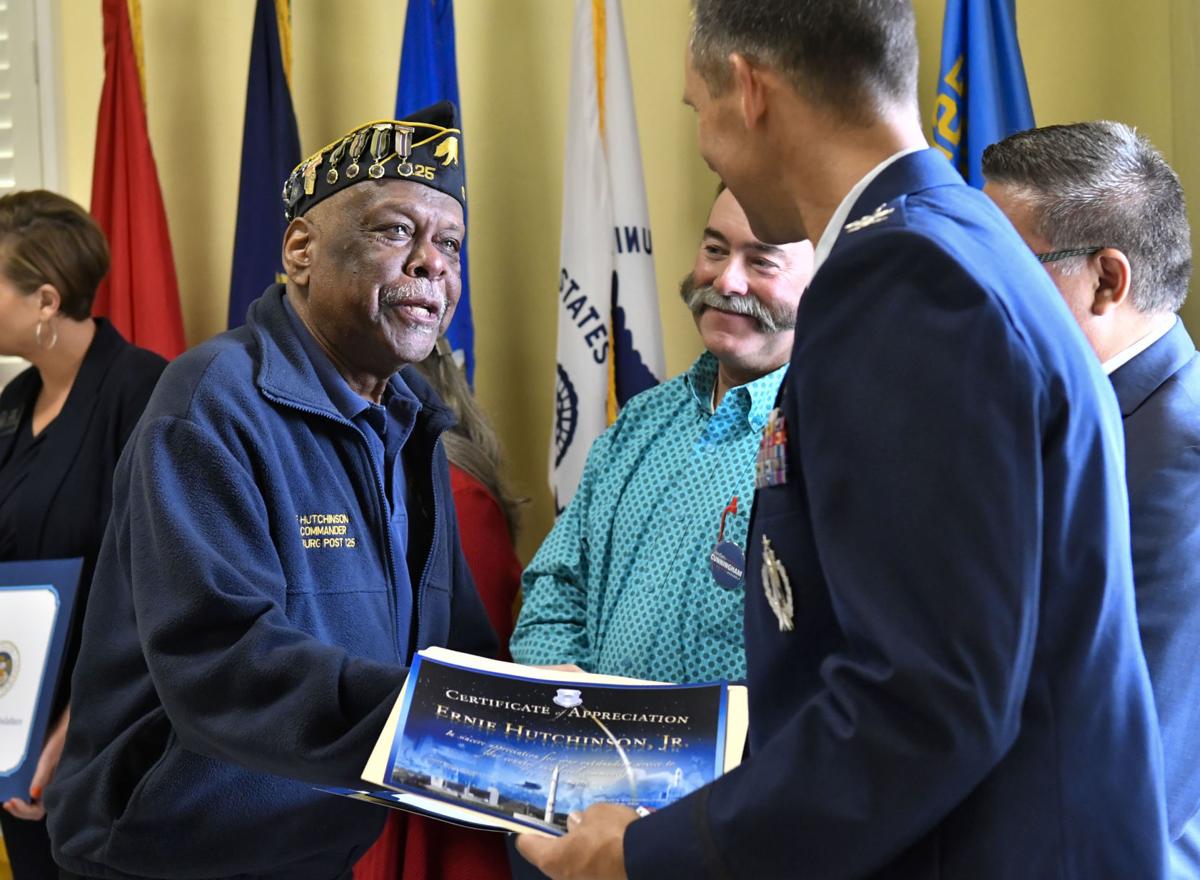 United States military service members were remembered, thanked and honored at an annual breakfast hosted by Rep. Salud Carbajal on Wednesday morning, during which the Congressman shared his efforts in Washington D.C. to make veterans' lives easier.

Hosted at the Lompoc Veterans Memorial Building, the breakfast is a tradition started by former 24th District Congresswoman Lois Capps, who was succeeded by Carbajal.

The breakfast gives veterans a chance to connect with each other, and with several nonprofit military service organizations who can help them access the benefits they've earned through their service to the country.

"I'm very thankful as a veteran of the U.S. Marines myself, it's always a pleasure to be among my military brethren in the veteran community," Carbajal told the crowded room on Wednesday morning.

"Today's breakfast is to honor your service to the country and more over, to provide a safe venue where veterans can share personal experiences and challenges," he continued.

"One of the most rewarding experiences I've had is serving on the Armed Services Committee," Carbajal told the crowd. "I gained a new level of respect for the sacrifices made by our servicemen and women who are serving or have served our great nation, especially those that paid the ultimate price so that we may enjoy the freedom and liberty we have today."

As divergent as Washington D.C. may be at times with the clashing of political ideologies, there is one thing that unifies -- the shared values of honoring military service members, Carbajal said, which allows him to work across the aisle to co-sponsor and help pass important legislation helping military veterans.

One such piece of legislation was the Gold Star Families Support and Installation Access Act, which would allow Gold Star qualified families to receive grief counseling, visit a grave site of their loved ones, attend a memorial service or access military commissaries.

The bill was signed into law by the President on Monday, and will now guarantee standardized lifetime access to surviving military spouses and children who meet specific Gold Star criteria, said Carbajal.

The amendments would allocate $8 million towards improving veteran transportation services and $5 million to upgrade the VA phone system.

"We're almost at the finish line; we're now waiting for the Senate to pass this additional funding, and I'm working with our California U.S. senators to ensure the passage of these important funding bills," said Carbajal.

Following the keynote speech, U.S. Army veteran Penni Brown and Sons of the American Legion's Don Ramirez handed out certificates for a selected number of veterans honored for their work in the community with fellow veterans.

"As your Representative, my priority is to be as focused as possible on the challenges that our Central Coast veterans face, and my staff is committed to assisting you for any veteran matter you may have," Carbajal said in his final remarks.

"If there is one thing you can take away from breakfast today it's that you are being listened to."

U.S. Navy Commander Shirrell M. McCarey listens to her introduction for an award during Congressman Salud Carbajal's breakfast for veterans at the Lompoc Veterans Memorial Building, on Wednesday.