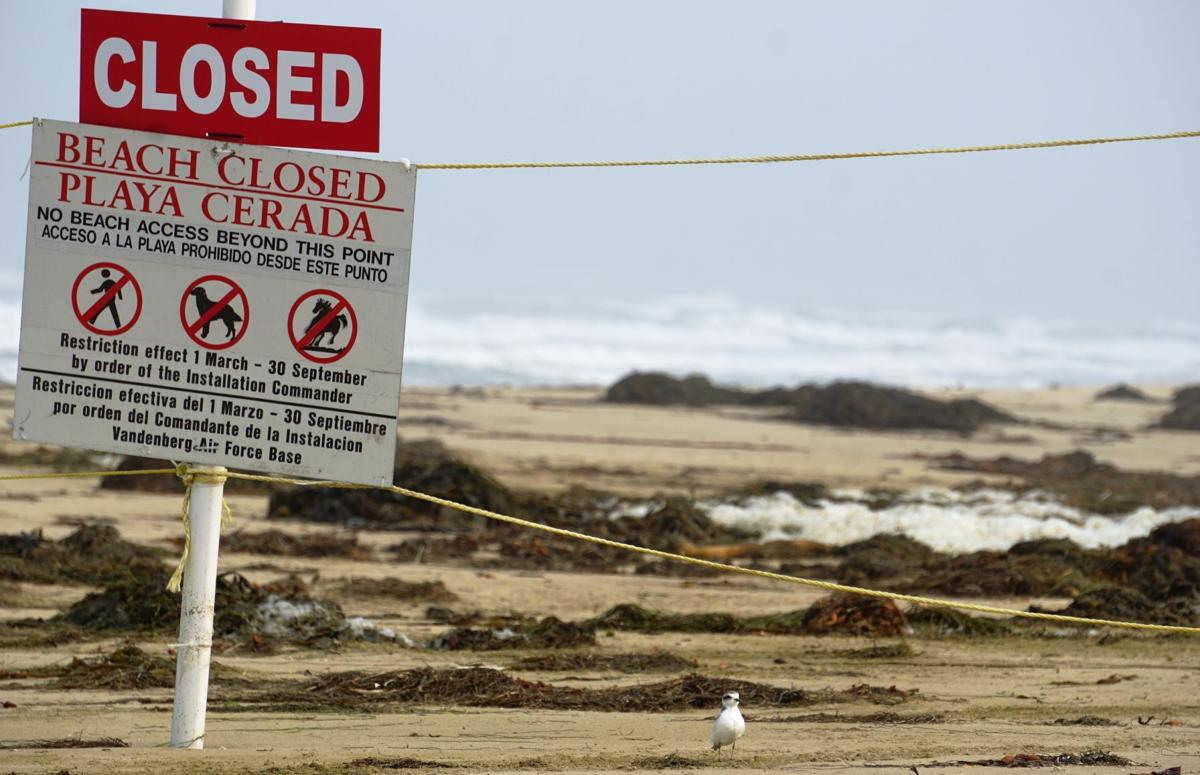 Vandenberg Air Force Base officials on Monday implemented beach restrictions for snowy plovers to protect the endangered species and its nesting area. 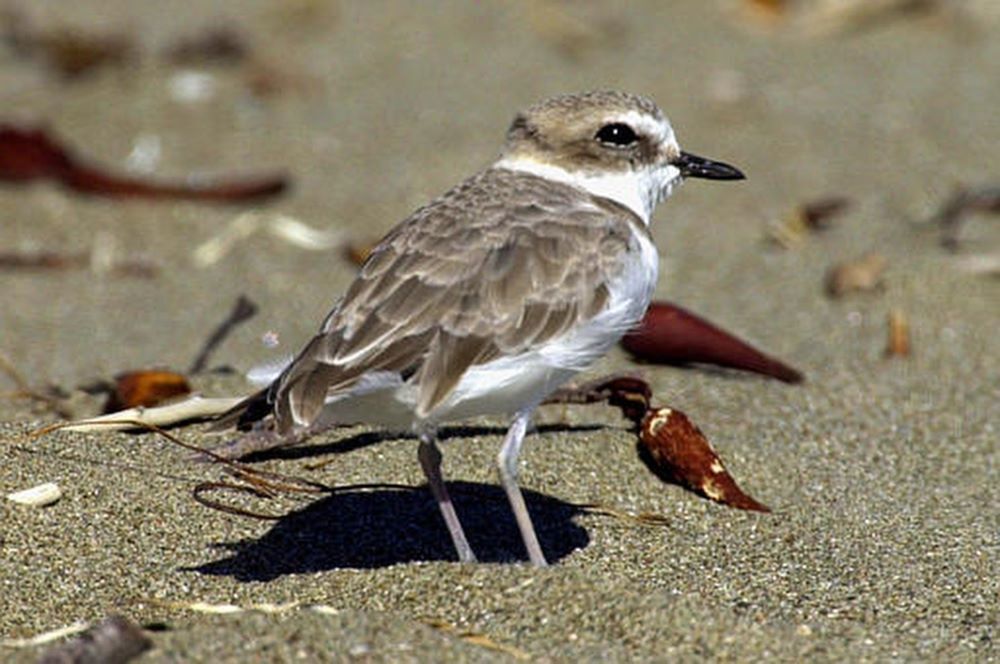 A Western snowy plover stands on the sand in one of the bird's southern San Luis Obispo County nesting areas.

Seasonal restrictions designed to protect the Western snowy plover and its nesting habitat went into effect Monday for several beaches at Vandenberg Air Force Base.

The restrictions will close areas of Surf, Wall and Minuteman beaches from now to Sept. 30, although a section of Surf Beach available for recreational access during nesting season will remain open, according to Vandenberg officials.

Under the Endangered Species Act, the U.S. Fish and Wildlife Service requires the 30th Space Wing commander to enforce restrictions on all three beaches annually.

"During plover season, the general public can still access much of Surf Beach but must be careful to avoid the designated restricted areas," said Col. Anthony Mastalir, commander of the 30th Space Wing. "Our goal is to maximize beach access for the local community while still adhering to environmental requirements and safety measures."

The estuary at Ocean Beach Park was closed on Friday, less than two days after it reopened, after Vandenberg Air Force Base officials called Santa Barbara County Parks and requested that it remained closed due to wildlife habitat and security concerns, according to an official.

Surf Beach is open to the public from 8 am. to 6 p.m. daily, and access to Wall and Minuteman beaches is allowed from sunrise to sunset.

Violators who enter restricted portions of the beach could face a fine of up to $5,000 in federal court, and infractions against the Endangered Species Act, which include crushing eggs or snowy plover chicks, can face up to a $50,000 fine and imprisonment for a year.

A trail is available to walk between Surf Beach and Ocean Park behind the restricted nesting area, and plans are in place to construct a permanent boardwalk in the near future, according to Samantha Kaisersatt, a biological scientist with the 30th Civil Engineer Squadron.

Vandenberg officials asked the community to abide by the restrictions and pay attention to signage in order to maintain public recreational access to the beaches. Beach restrictions also include the prohibition of dogs, horses and kites.

"Violations will continue to be counted and staying out of posted restricted areas is critical to ensuring public beach access," Kaisersatt said. "We protect the snowy plover by restricting specific areas of the beaches, managing predators and restoring plover habitat to compensate for the effects of recreational beach use during the breeding season."

Vandenberg Air Force Base officials on Monday implemented beach restrictions for snowy plovers to protect the endangered species and its nesting area.

A Western snowy plover stands on the sand in one of the bird's southern San Luis Obispo County nesting areas.