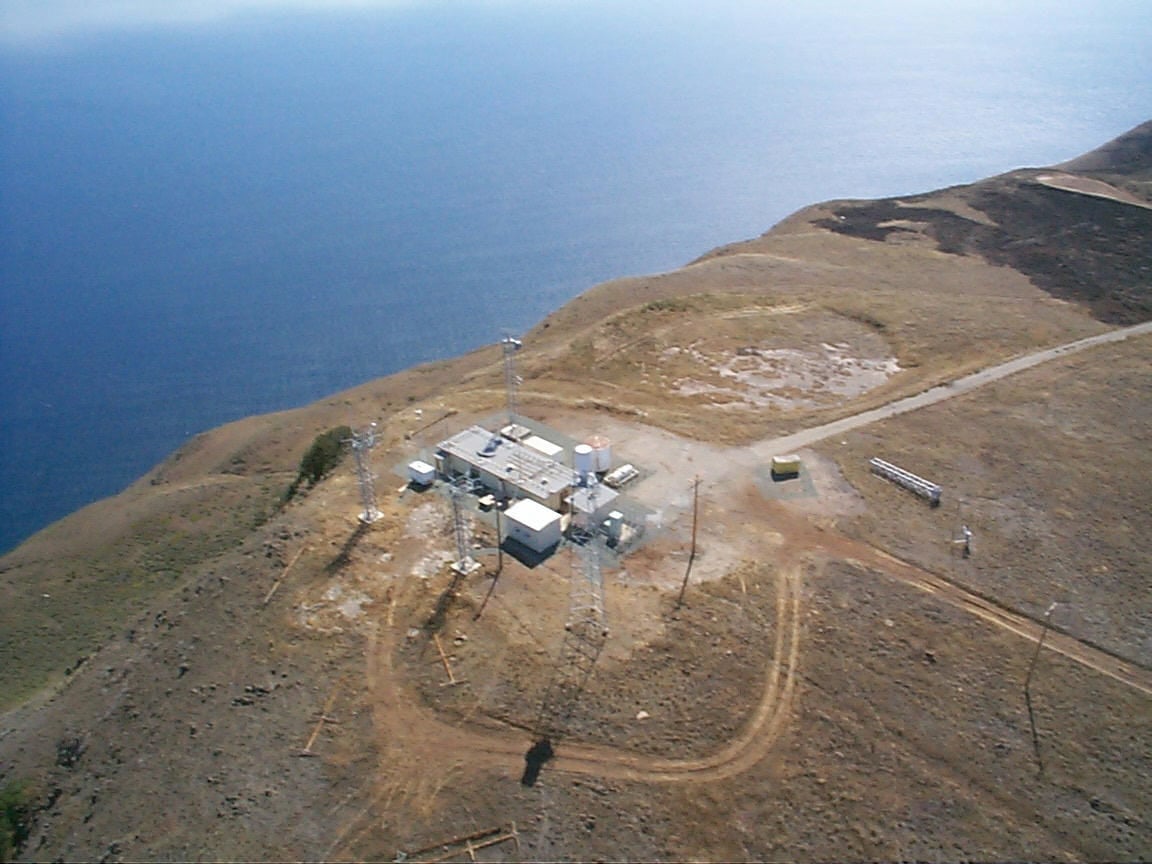 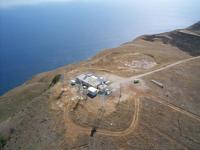 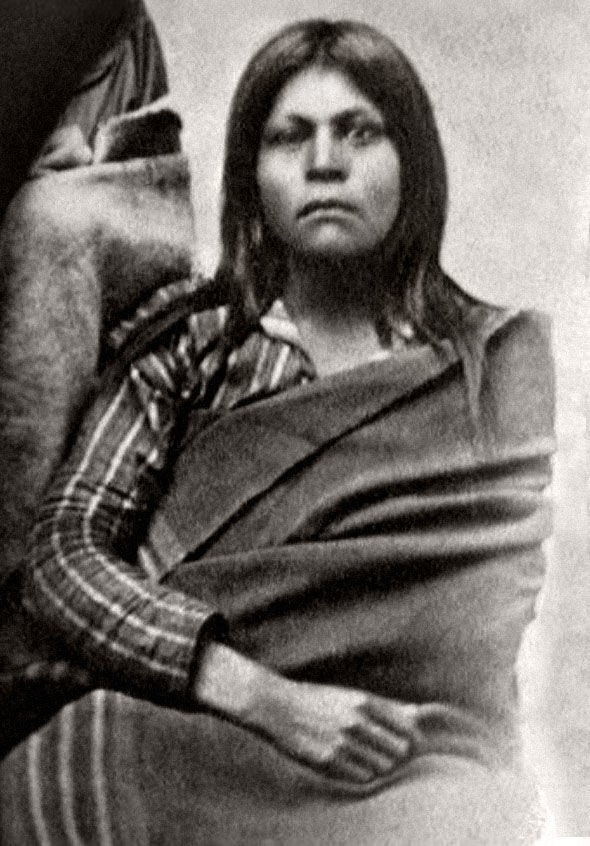 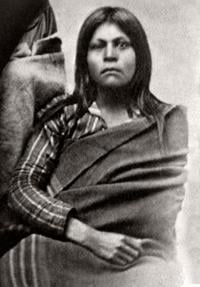 Juana Maria, a Nicoleño woman, resided on San Nicolas Island alone for 18 years, which inspired the 1961 novel, "Island of the Blue Dolphins." 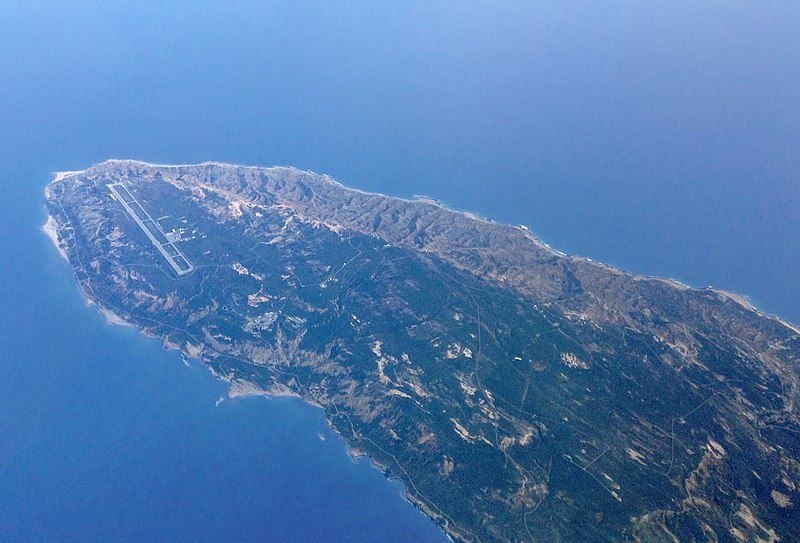 An aerial view of the eastern side of San Nicolas Island includes an outlying naval field.

Juana Maria, a Nicoleño woman, resided on San Nicolas Island alone for 18 years, which inspired the 1961 novel, "Island of the Blue Dolphins."

An aerial view of the eastern side of San Nicolas Island includes an outlying naval field.

Originally, I was only going to write about the five islands in the Channel Islands National Park. However, some military personnel stationed at Vandenberg Air Force Base asked if I would do an article on San Nicolas and San Clemente islands as they had been stationed there.

In researching these islands, I found them every bit as fascinating as the other islands. I hope you enjoy reading about them, too.

San Nicolas Island is the fifth-largest of the eight Channel Islands and is the most remote, located 65 miles from the mainland. Its nearest neighbor is Santa Barbara Island, 28 miles away. Its oval shape encompasses 14,562 acres, is 10-miles long and 3.6-miles wide at its widest point.

San Nicolas Island is flat-topped with a mesa-like profile and steep sea cliffs. These cliffs are perfect nesting places for seabirds such as cormorants and western gulls. The tiny island fox reigns as the largest land mammal. The isolated beaches provide resting places for northern elephant seals, harbor seals and California sea lions.

In the mid to late 1700s, Russian and Aleut sea otter hunters came to the island. Nicoleño men were killed, and women were kidnapped. When the hunters left, there were less than 100 of the natives alive. By 1835, the population was down to 12 natives, so all were removed from the island and taken to missions on the mainland. Within a few years of leaving the island, the Nicoleño all died.

In 1853, she was found by Capt. George Nidever, who was on a sea otter hunting trip. He took her to Santa Barbara to live with his family. She died seven weeks later from dysentery due to the new diet. Her story was used for Scott O'Dell's award-winning 1961 novel, "Island of the Blue Dolphins." Today, a commemorative plaque about her life is on display at the Santa Barbara Mission. In 2012, scientists discovered a buried cave on the island where they think the woman lived.

Thanks to restoration efforts, today there are over 200 different plant species that grow on San Nicolas Island, four of which are found nowhere else in the world: an undescribed species of Malacothrix, a member of the sunflower family; phacelia; buckwheat; and a box thorn. The phacelia and the box thorn may now be extinct.

Three animals are found on the island and nowhere else: deer mouse, island fox and island night lizard. Interestingly, the common housecat was one of the greatest threats to the island's wildlife until they were eradicated from the island in 2012. The cats killed cormorants, gulls and the island night lizard. The U.S. Navy removed the cats to protect the birds' nesting areas. The cats arrived on the island around 1952, brought by Navy officers who worked there. Many cats have been relocated to a specially prepared habitat in Ramona, in San Diego County, where they can live indefinitely. Eradication efforts took 18 months and cost $3 million.

I have been out to the islands on whale watching, kayaking, and hiking trips, but what did I really know about the Santa Barbara Channel itself and the history of the islands? How were they formed? What unique plants and animals live in the Channel and on the islands?

Since 1933, San Nicolas Island has been under the authority of the Navy. In 1945, San Nicolas Island was one of eight candidate sites to detonate the first atomic bomb test before White Sands Proving Ground in New Mexico was selected. (Thank goodness!) Today, San Nicolas is part of the Pacific Missile Test Center’s Sea Test Range. Four hundred Navy personnel work on projects such as missile tracking and weapon system testing. A 10,000-foot runway accommodates supersonic target aircraft and planes from the mainland during operations. Facilities for island personnel include a bowling alley, cafeteria and hobby shop. Because of the military operations, visitation by the public is prohibited.

Fortunately, the Navy has been a good steward of the island. San Nicolas Island's natural resources are managed by a joint agreement between the Department of the Navy, the Department of the Interior, and California's Department of Fish and Wildlife. The U.S. Fish and Wildlife Service is currently working on a sea otter recovery program. Once abundant around all the Channel Islands, sea otters were hunted to the brink of extinction for their valuable pelts. Biologists are relocating animals from the Monterey Bay population, hoping that a colony of otters will be established once again on San Nicolas.

San Clemente Island is the southernmost of the eight California Channel Islands and ranks fourth-largest in size. It is 56 square miles, 21-miles long and 2- to 4-miles wide. The island is 41 miles offshore — the second farthest from the mainland. Santa Catalina Island is 21 miles to the north. Mount Thirst, at 1965 feet in elevation, is the island’s highest point. San Clemente Island is in Los Angeles County and was leased out to sheep ranchers until the Navy took over the island in 1934.

Unlike the northern Channel Islands that were once connected by a land bridge to each other and the mainland, San Clemente, Santa Catalina and San Nicholas islands are volcanoes and have been isolated for millions of years. The island’s volcanic topography consists of a rugged coastline and precipitous cliffs. Canyons dissect the island’s coast, and there are only a few sandy beaches.

Humans have lived on San Clemente Island dating back 10,000 years. The island’s indigenous people, known as Clementeños, were culturally and linguistically related to the Tongva peoples of the Los Angeles basin and neighboring Catalina and San Nicolas islands. They were hunter-gathers and maritime-oriented people. The island provided everything they needed, as there was marine life in the kelp beds such as lobster and blacksmith and sheepshead fish. Of course, seals and sea otters were plentiful.

Like the natives of the other Channel Islands, the Clementeños' population was reduced by European diseases and attacks from otter hunters. In the 1820s, the natives were removed from San Clemente Island and taken to the missions or became servants in Mexican ranches and households around Los Angeles. Some of the island natives formed their own village called “la Rancheria de los Pipimares” on agricultural land located in what is now downtown Los Angeles. By 1840, they were driven out of the village and were absorbed into the Tongva people and the larger culture of Southern California.

The Channel Islands are often referred to as the North American Galapagos Islands because of the 145 unique plants and animals found nowhere else on earth.

NOTE: Earthworms appear to have been introduced in 2008 in soil from the mainland used in a road construction project. In this earthworm-free region, the worms alter the soil and microbial communities, allowing non-native plants to change the island's unique ecosystem and threaten the biodiversity that exists there.

San Clemente Island also has unique animals. A species of the island fox and deer mouse are endemic to San Clemente. A bird, the San Clemente loggerhead shrike, is one of the rarest birds in North America and is only found on San Clemente Island. It is endangered, and the Navy, along with other wildlife organizations, are working on a recovery program to ensure its survival.

A threat to the native plants and animals was wild goats, brought by Spanish sailors in the early 1600s, that had roamed the island for centuries. The Navy started a program to rid the island of goats, and by 1980, the population had been reduced to 4,000. A plan for shooting the remaining goats was blocked in court by the Fund for Animals organization, so the remaining goats were removed with the use of nets and helicopters. Finding the remaining goats in the islands' steep canyons proved difficult, so the Navy developed an ingenious “Judas Goat Program” to import goats and put tracking devices on them. The new goats would seek out the small existing herds of island goats so the Navy could locate them. The program was successful, and today all goats have been safely removed to the mainland so the native plants and animals can thrive.

Today, San Clemente is an important Navy and Marine Corps training base. It is the Navy's only remaining ship-to-shore live firing range. The island is an active sonar base and has a $21 million simulated city for commando training. This “fake city” was built in the 2000s and is modeled on Beirut and Baghdad to train for Military Operations in Urban Terrain (MOUT). Navy SEALs train on the island; there is a large radar installation, a new 9,300-foot landing strip, a new pier and other secret installations. The Navy is on San Clemente to stay.

Judith Dale has written several columns highlighting the culture, geography and history of the Central Coast. Get better acquainted with our b…

Over a million people a year visit Catalina Island and spend $166.7 million to do everything from enjoying the beautiful scenery to playing golf, hiking, biking, fishing scuba diving, kayaking, shopping and visiting the many museums. Learn more about Catalina right here.