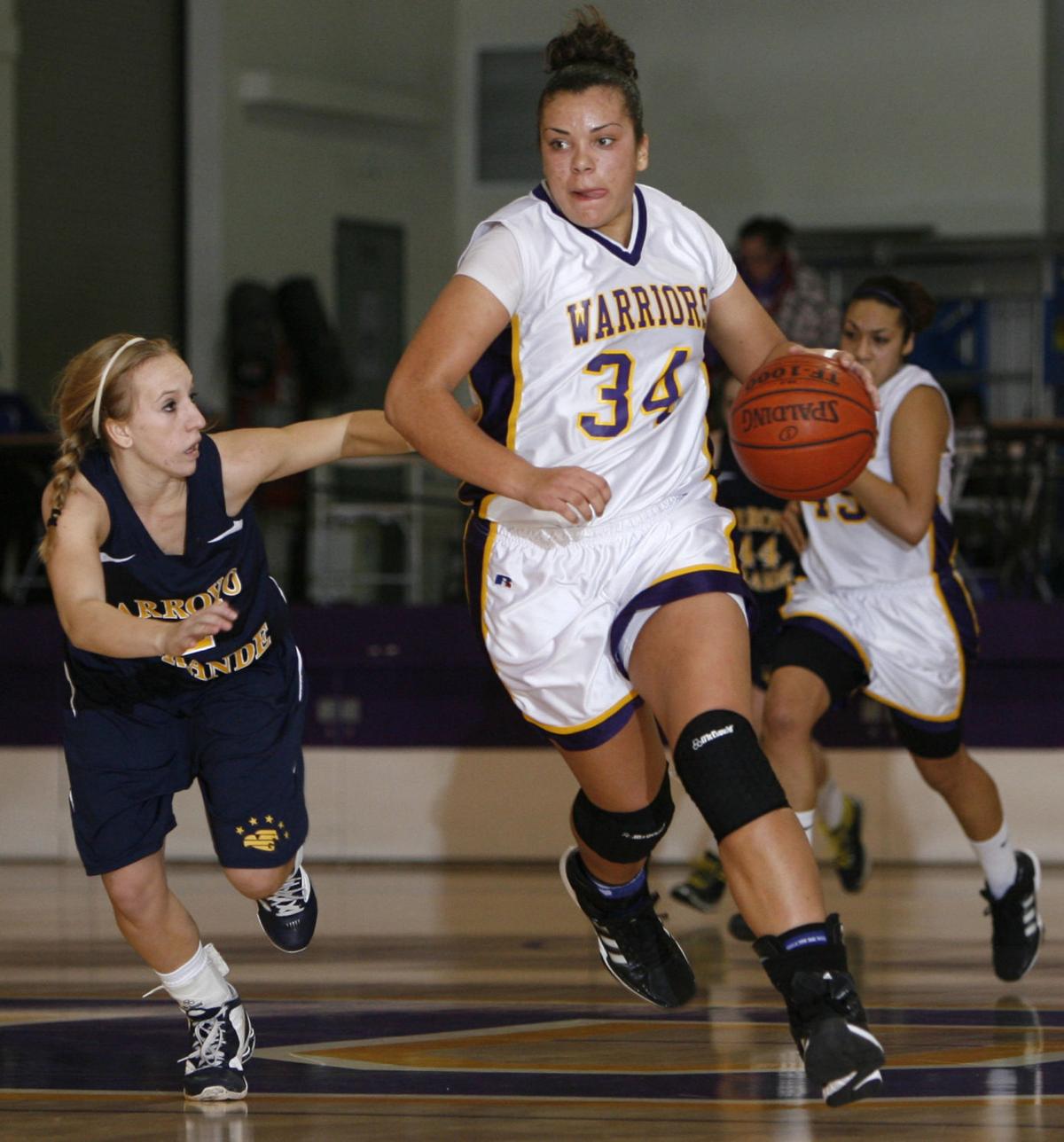 Righetti High School's Mariah Cooks dribbles the ball ahead of Arroyo Grande High School's Alexa Wetmore during a game in January of 2012. 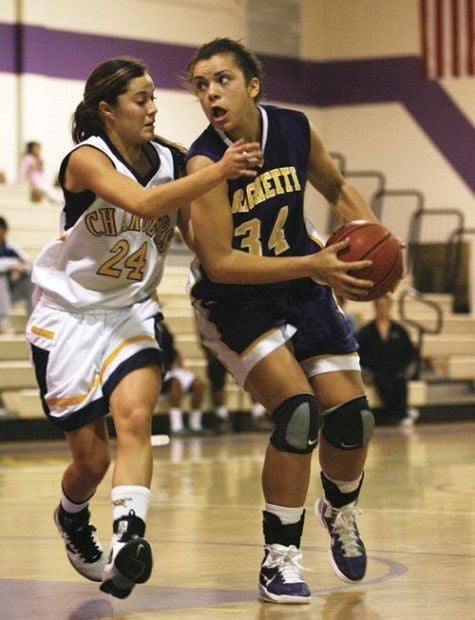 Righetti’s Mariah Cooks tries to move around Dos Pueblos’ Jessica Escalante during a game at the Harold Oliveira Holiday Classic at Righetti High School in 2010.

Mariah Cooks had the athletic pedigree to be an excellent high school basketball player. She certainly made the most of it.

Cooks possessed a combination of tools rarely seen at the high school level. She had size at 6-foot-1, ball-handing skills, an ability to shoot and a passion for rebounding and defending.

Cooks' father, Adrian, played football at Fresno State and her brother Elijah Cooks is currently a standout receiver at Nevada.

When she arrived at Righetti High, Mariah Cooks quickly earned a spot on the varsity basketball squad with the Warriors, though she was equally skilled on the volleyball court as a middle blocker. Cooks was more of a role player through her first two years on Foster Road, averaging 8.6 points and 7.7 rebounds per game to earn All-League honorable mention recognition as a sophomore.

Though Parham lost his first career start, he captained St. Joseph to wins in their next six games en route to a PAC 7 League championship. Parham's efficiency was off the charts as the Knights won eight of nine games at one point that year. He did not throw an interception until the final game of the season, a playoff defeat to West Torrance.

Then came her junior season. Cooks took her game to another level, taking her scoring average to 17.2 points per game with 10.7 rebounds and 4.3 steals per game. She earned First Team All-PAC 7 League that year.

In her senior year, Cooks was named the PAC 7 League MVP as she averaged 21.7 points per game and 12 rebounds in league play. She led the Warriors to the quarterfinals of the playoffs averaging 22 points and 12.6 rebounds per game. She also earned All-CIF honors.

Cooks is the ninth nominee for the Times' Player of the Decade contest.

Somehow Cooks never earned the All-Area MVP award. (She was beaten out by Madrigal in her senior season in 2012 after Madrigal helped Arroyo Grande win its first CIF title in girls basketball).

“You always have to play your hardest whenever you’re on the floor; one minute, two minutes, seven minutes. You always play hard. You don’t take any plays off,” Cooks told the Times during her freshman season at Wazzu.

“The game seemed to slow down for me,” the Righetti graduate said during her sophomore season at Washington State. “I think that helped a lot."

Her best season at Washington came during that year (2014-15) when started all 32 games for the Cougars and averaged 7.5 points and 5.3 rebounds per game. She chose to come off the bench as a senior and was a reliable sixth woman for the Cougs, finishing second on the team in scoring with 6.8 points per game, including 8.2 points during Pac-12 play, according to WSU.

By 2005, Josh Prenot was well on his way to becoming an accomplished swimmer. In August of that year, Prenot had just turned 12 years old and was competing with the Santa Maria Swim Club.

Sports have been written off and discounted as a welcomed distraction lately, something to watch on TV to get our minds off the chaos around us.

Righetti High School's Mariah Cooks dribbles the ball ahead of Arroyo Grande High School's Alexa Wetmore during a game in January of 2012.

Righetti’s Mariah Cooks tries to move around Dos Pueblos’ Jessica Escalante during a game at the Harold Oliveira Holiday Classic at Righetti High School in 2010.