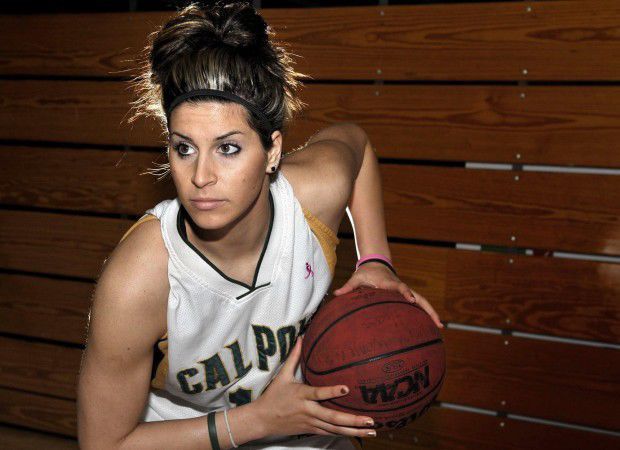 Righetti High graduate and former Cal Poly basketball player Kristina Santiago, seen during her 2010 season at Cal Poly, was inducted into the Cal Poly Hall of Fame on Friday. 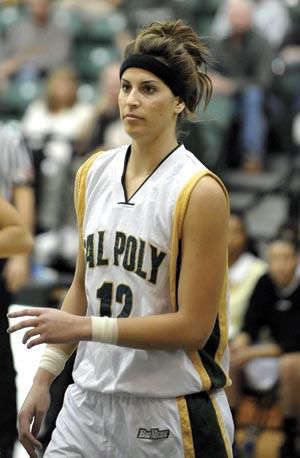 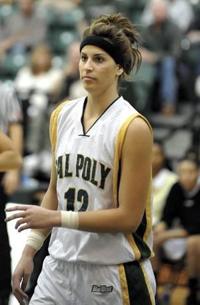 Righetti High graduate and former Cal Poly basketball player Kristina Santiago, seen during her 2010 season at Cal Poly, was inducted into the Cal Poly Hall of Fame on Friday.

It has been an eventful past several months for Kristina Santiago.

Last May Don Oberhelman, Cal Poly Director of Athletics, called her with the news that she will be inducted into the Cal Poly Athletics Hall of Fame in September.

"He'd given me a little bit of a heads up before but when Don called me with the news that I was going to be inducted, I was in complete shock," Santiago told the Times in a phone interview Friday.

"I was literally shaking when he called. I was tearing up. I've gotten so many accolades over the years, and I've never reacted like this. When my jersey was retired, it was cool. But this was the best."

Cal Poly retired Santiago's No. 12 jersey in December. The school issued a release Friday with the official announcement that Santiago, with six others, will be inducted into its Athletics Hall of Fame in September.

Santiago, a former Righetti High School star, is also mulling retiring from basketball as a player in favor of a basketball coaching career.

"I was actually thinking of calling it quits earlier," Santiago, who will turn 28 in August, told the Times Friday.

Santiago said, "I had signed to play this year with Haskovo 2012 of Bulgaria," of the Eastern European Women's Basketball League. "Then (the Bulgarian basketball federation) stopped allowing foreigners (to play), so I'm not playing anywhere right now."

According to the EEWBL, Haskovo 2012 "withdrew from competition after the Bulgarian basketball federation put a ban on registering foreign players until 2020."

The EEWBL announced that its current 16-team league will have no limit on foreign players. The league has 14 teams now, and in a release it said that two more will be announced later.

"I've been playing five years in Europe, and (the contract with Haskovo) was the best I've ever signed," said Santiago.

She politely declined to say just how much money she had signed for.

"I don't discuss money, not even with my family," she said. "But it was definitely the best I'd ever signed for. I've signed six professional contracts, and that was by far the best.

"My first year playing basketball, I played in Bulgaria," said Santiago. "So I thought I might play one more year there and then retire. But I might just retire now."

She said pro ball "has taken a toll on my body. Everybody knows (about) my knees." Santiago missed the 2010-11 season at Cal Poly after tearing an ACL. She rebounded, so to speak, to become the Big West Conference Player of the Year in 2011-12.

Also, "It's hard to leave (home) for nine months and then get your life back together over the summer."

Besides the 2011-12 campaign, Santiago was also the Big West Player of the Year when she played for the Mustangs in 2009-10.

If this is the end as a basketball player for Santiago, she has left quite a legacy.

Santiago holds single-season school records for field goal percentage (55.8 percent) and scoring (23.4). With her last team, BC Alte Kanti Aarau in Switzerland, she averaged 26.2 points, 10.2 rebounds and 1.6 assists per game.

She is back in Orcutt now, and Santiago's thoughts are turning toward coaching.

"Right now I'm coaching a high school elite team, a Swoosh Elite High School Varsity Team. We have mostly juniors and seniors. We do have a few eighth graders who are really good," Santiago said.

Santiago said she played for her father, Tony, at one time. "My dad had a team under Swoosh, and Mike (Alexander, the current Santa Ynez girls basketball coach) was the one who kind of took it on. I grew up playing for Swoosh, with Mike Alexander as the coach.

"Last summer I helped Mike coach his Elite team, the girls kind of took to me and I loved it. This year, Mike kind of handed over the reins."

"This has been a really busy summer for Desiree, with her wedding," said Santiago. "A couple of the Righetti girls are on the Swoosh team. Sometimes I'll just come in during workouts and help out."

Hitch, the former Desiree Domingues, will start her third season as Righetti's coach when the 2017-18 season opens.

She guided Righetti to a co-PAC 8 League championship in 2016 and an outright league title in 2017.

The Warriors won the 2017 league championship even though their all-everything senior, Danita Estorga who has signed to play at Biola, missed nearly the entire PAC 8 campaign with a torn ACL.

Santiago and the former Domingues were teammates, and highly decorated players, at Righetti and they remain close friends.