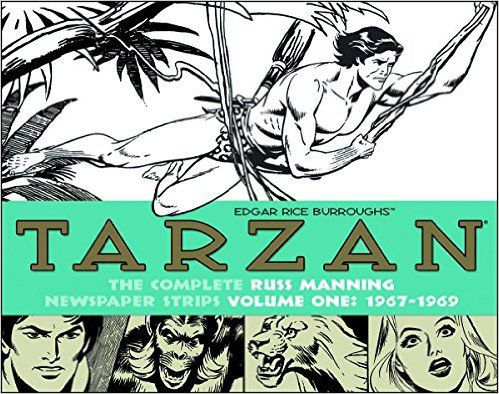 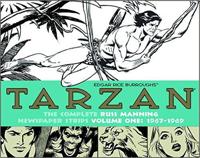 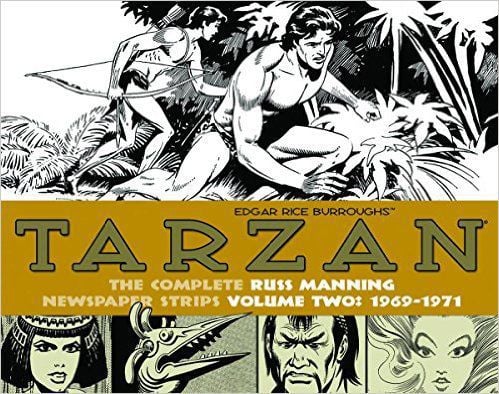 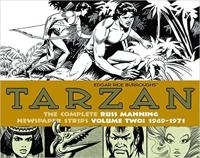 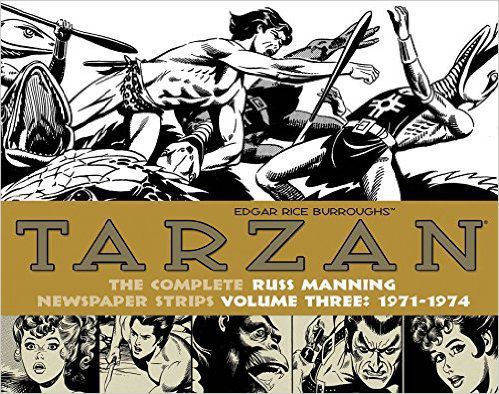 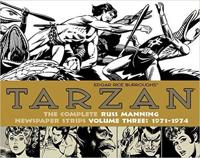 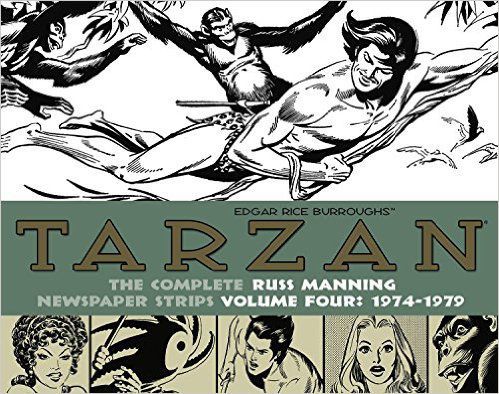 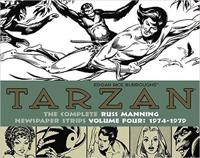 Tarzan, the fourth most-popular fictional character ever to be featured as a movie, was even a more highly successful comic strip. Although Edgar Rice Burroughs’ book portrayed Tarzan as a self-taught, highly intelligent white man born in the African jungle and raised by the apes, the various movie adaptations strayed far from that image.

The early days of cinema and its lack of realism not only made it difficult to take the stories seriously, but Tarzan’s wearing ill-fitting wigs and loin clothes while fighting stuffed animals, bordered on the ridiculous. The comic strip portrayals of the adventures of Tarzan, though, bore more of a likeness to the character that Burroughs had intended.

The first adaptation of Tarzan in the comic strips was by Harold Foster in January 1929. At that time, there were no daily adventure strips other than Hairbreadth Harry and Wash Tubbs, and neither equaled the seriousness of the adventures of Tarzan.

Through the years, many illustrators took on the task of both writing and drawing the famous ongoing comic strip.

In September 1967, Russ Manning was chosen by Burroughs' son to write and draw the daily Tarzan comic strips with the stipulation that the strip be as much like the original Tarzan as possible. The first Manning strip was published Dec. 11 and on Jan. 11, 1968, his first Sunday page appeared.

Russ Manning, son of Opal and Burnett Manning, was born in Van Nuys on Jan. 5, 1929. In 1935, the couple brought their two sons (Russ and Lee) to Los Alamos, where their daughter, Patricia, was born. In the summer of 1942, the family moved to Orcutt, and Russ enrolled at Santa Maria High School in September.

While in high school, Manning’s art teacher brought out his natural talent in drawing, a talent that was destined to bring him considerable fame in the world of comic strips. His first big break took place during his senior year when he entered a contest sponsored by the Crown Coach Bus Company. His drawing of a 25th-century bus brought him a $100 prize.

After graduating from high school in 1946, Manning attended the Santa Maria Junior College (now Hancock) before moving to the Los Angeles area to complete his education at the Los Angeles Art Institute. To help pay for his tuition and living expenses, he began drawing and selling caricatures for shopkeepers to place in their windows, a business that brought him modest success and enough money to pay his tuition.

When the Korean War began and his National Guard unit was activated, Manning was shipped to Japan, where he expected to be sent to the war zone. However, instead of going off to fight the war, he worked as a mapmaker and drew cartoons for the base newspaper.

After his discharge in 1952, he began writing adventure comics for Western Publishing Company, drawing for the Dell and Gold Key Comic books, the team that created the Tarzan comics strip, among others. In 1965, he took over the Tarzan comic book and subsequently the newspaper strip.

Manning devised a plan of letting his family members know that he was always thinking of them by sometimes re-creating his mother’s living room, including her dog, in various home-type scenes, or showing Manning’s Feed Store in the background of another. A Goreham’s Livery Stable was a secret greeting to his sister, Pat Goreham. It became a daily ritual for his family and friends in the area to scan his strip in search of possible hidden messages.

Unlike other artist-illustrators, where adventure strips were written by one man, drawn by another, inked by still another and colored by a syndicate, Manning did almost all of his own work using only one part-time helper. He worked from a small studio located just a few feet away from his house in Modjeska Canyon in Orange County, which he shared with his wife, Doris, and two children (Melissa and Roger).

The Tarzan strip ran every Sunday in scores of newspapers in the United States and England.

Manning drew the Tarzan series until 1979 when he became sick and was no longer able to work. His last Sunday strip appeared June 24, 1979.

Harold Foster, the man who had drawn the first adaptations of Tarzan in the comic strips in 1929, died the same year.

Included among the top comic book artists of all time, Russell George Manning was the recipient of many awards during his lifetime and in 2006, he was inducted into the Comic Book Hall of Fame.