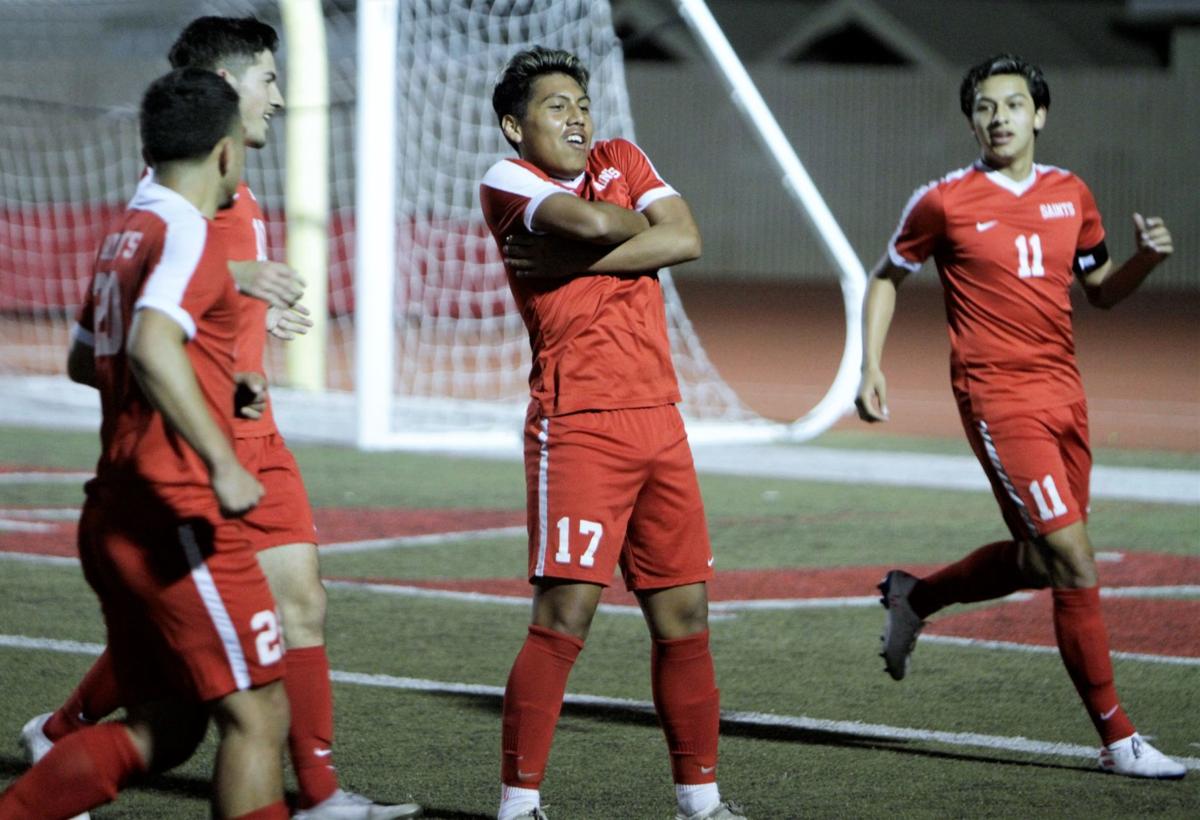 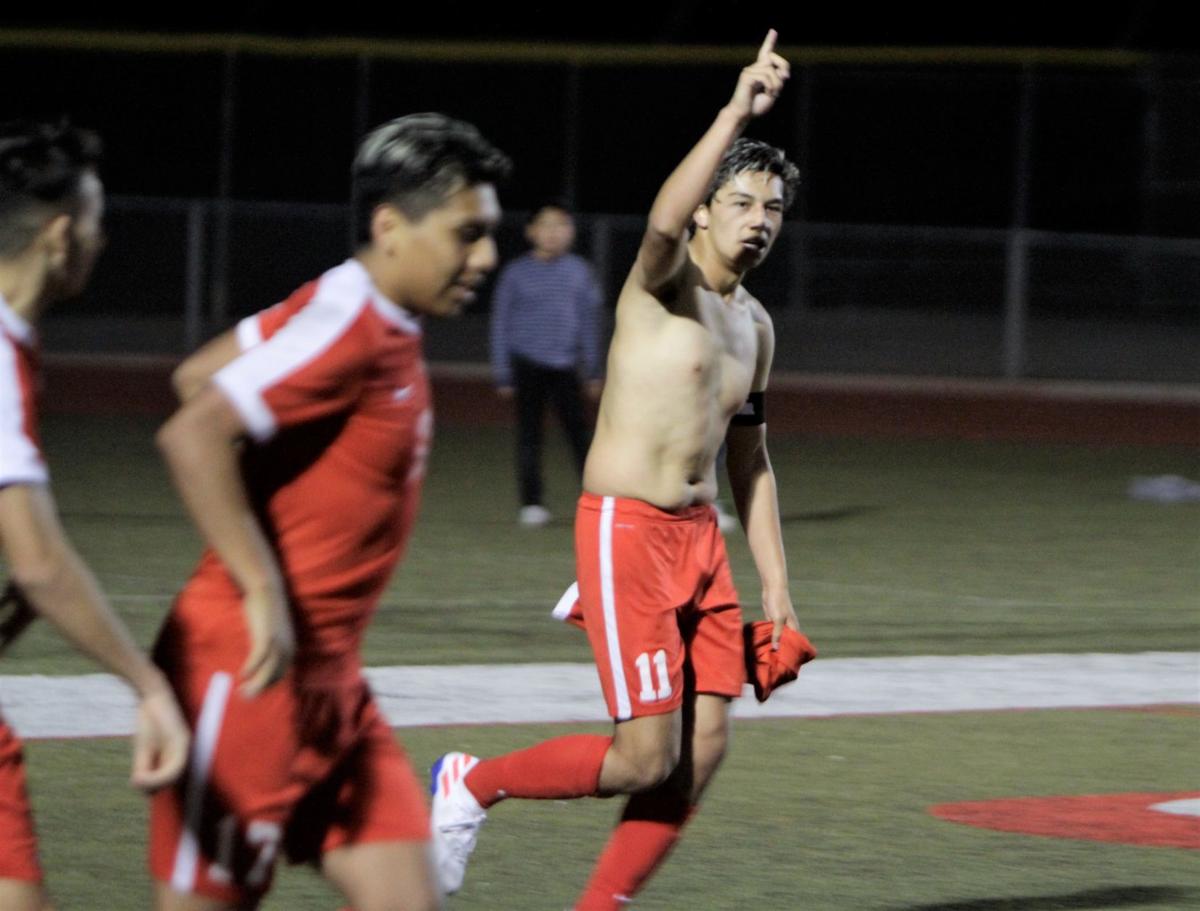 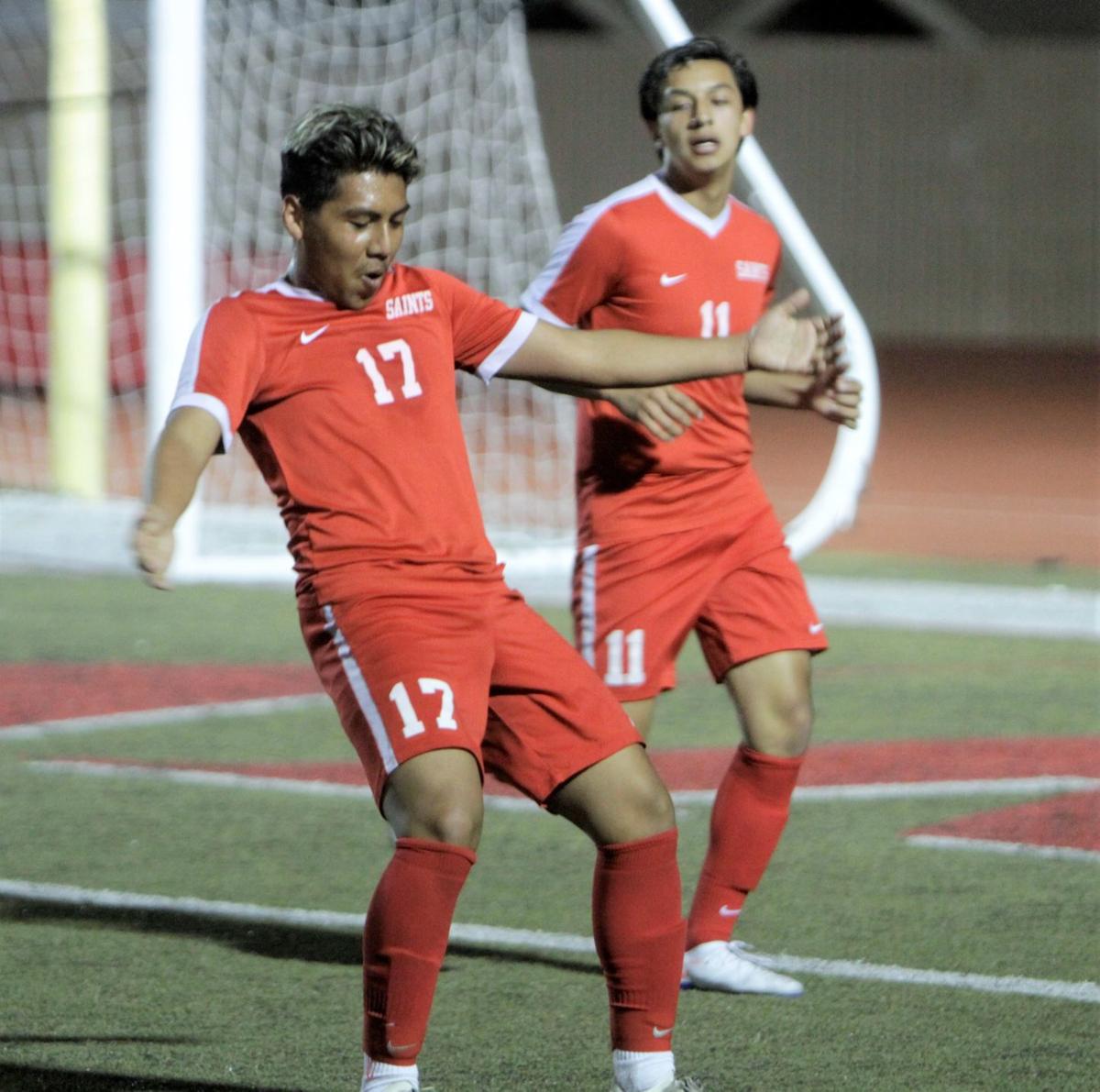 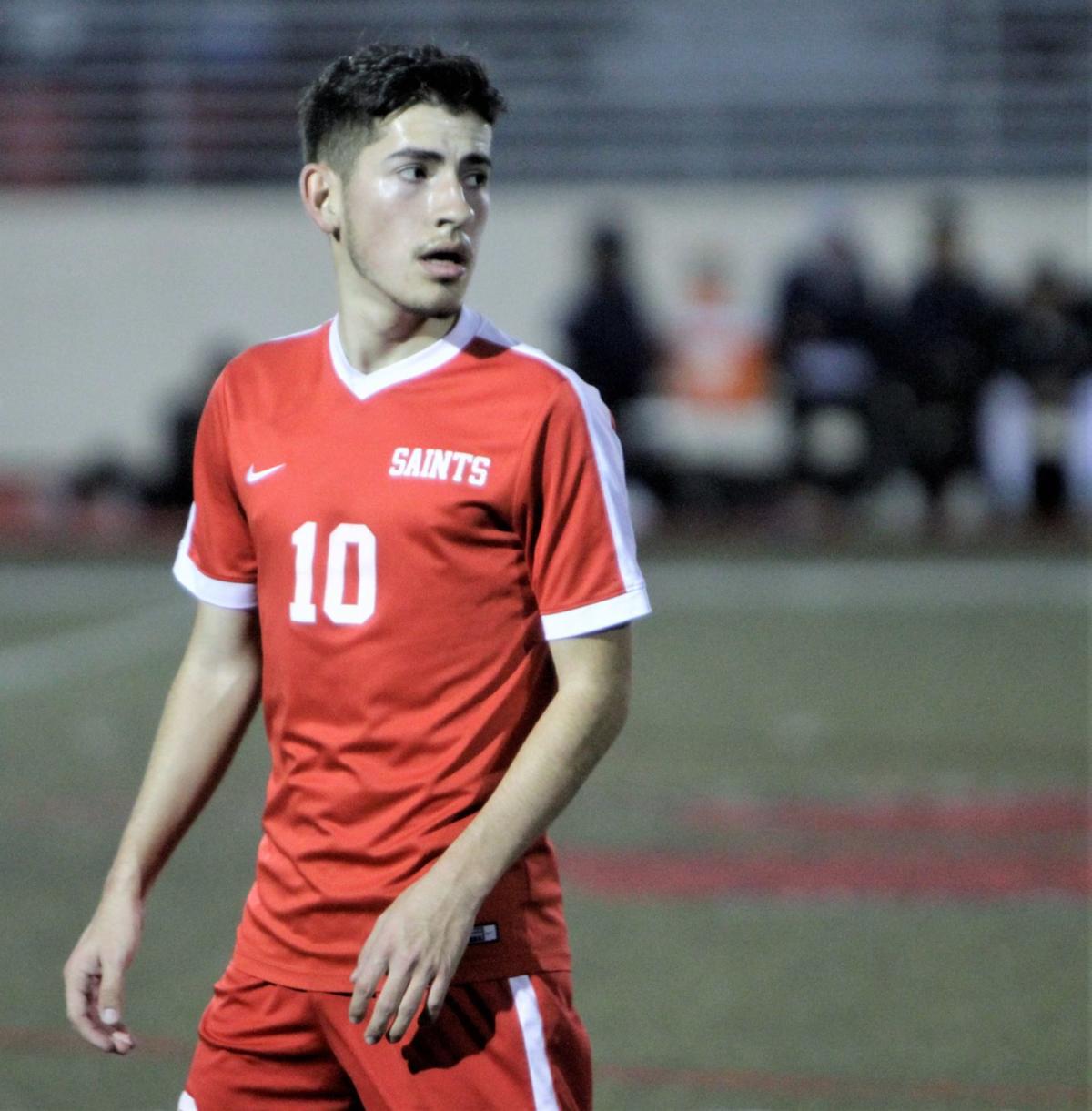 The opportunity is ripe for the picking.

Now the question is can Santa Maria make it count.

But, what happened on the other side of the bracket was more surprising, and perhaps even more impactful for Santa Maria's title hopes.

Arroyo Grande, the No. 8 seed, stunned San Luis Obispo in penalty kicks Thursday night and knocked the top-seeded Tigers out of the playoffs.

Santa Maria, as the No. 2 seed, is the highest-ranked team remaining. The Saints will host Clovis North Tuesday night in the semifinals of the playoffs.

Santa Maria defeated Arroyo Grande 1-0 the first time the teams played and then won in a 15-stage penalty kick the second time around in league.

On Thursday, Arroyo Grande and San Luis Obispo were tied 2-2 in regulation and the overtime periods before the Eagles won the penalty kicks phase 6-5.

In the Saints' win over a game Golden Valley team, Santa Maria twice scored to retake the lead.

Anthony Pinon scored early in the first half to put the Saints up 1-0. Golden Valley then tied the game on a breakaway goal from Joevanni Bribiesca with 20 minutes left in the first half. The goal was set up as Santa Maria had a difficult time clearing the ball in the defensive midfield, allowing Golden Valley to find possession and flip the switch on a quick counter.

Santa Maria had just seen its lead go from one to nothing. Then Edgar Garces stepped up and put the Saints ahead 2-1. They went on to win 3-2 and advance to the CIF semifinals. #santamariatimes pic.twitter.com/Ow6IOxK1bD

Santa Maria's Edgar Garces then gave Santa Maria a 2-1 lead later in the first half.

"That goal wasn't about me, I was just trying to help the team," Garces said. "We play as one whole group. One player, one group, one whole team."

The Bulldogs responded again, scoring another equalizer on another quick counter play as Justin Torres broke on goal as Santa Maria goalie Ozzie Andrade came out and Torres slipped a shot past him to tie the game at 2-2 in the second half.

Santa Maria continued to press the Bulldogs on offense, putting shot after shot on goal. But Bulldog keeper Jonathon Tirado made save after save. Tirado had four save in the second half on shots that normally find the back of the net.

Santa Maria finally broke through with just over 11 minutes remaining in the game. Alejandro Lavarriega, a Santa Maria winger, put a strong shot on goal that Tirado deflected back at the shot taker, who then sent a high, soft cross into the middle of the penalty area. Gilberto Gomez came streaking under it and headed the ball into the goal.

Gomez raced down the end-line took off his shirt and slid into the corner to celebrate the game-winning goal.

"It was really emotional to help out my team to get that 'W'" Gomez said. "We work hard and the goal finally comes."

The Saints improved to 16-3-1 on the season. They entered the game ranked No. 21 in the state. Clovis North needed overtime to beat Clovis Thursday. The Broncos are 17-3-4 on the year and seeded third. They're ranked No. 28 in the state.

Pioneer Valley coach Alan Brafman said his team could not overcome Thursday night what had plagued it all season. The Panthers played some good soccer but they did not play enough of it.

“That’s been the story of the season - inconsistency,” Brafman said after No. 6 Tulare Union beat No. 3 Pioneer Valley 2-0 at PV, putting the Panthers out of the CIF Central Section Division 2 Playoffs in the quarterfinals.

“The kids are great, they put in the work but it’s the inconsistency,” said Brafman. “We play some very good soccer then we don’t play very well.”

Marco Jasso scored in the 34th minute for The Tribe. The second score came on an own goal against the Panthers in the second minute of the second half.

“We played very well for the first 25 minutes,” said Brafman. “Then they got that goal, and they started to get the idea they could do it. The second goal should never have happened.”

The Panthers received a first-round bye into the quarterfinals then simply could not break through against The Tribe, a team with a sound defense and a good goalkeeper, Vicente Mosqueda.

Jesse Morales led a Pioneer Valley offense that had its moments, but Mosqueda preserved his team’s lead by making some diving saves.

“After they got that goal, we just didn’t play very well,” said Brafman. “We forgot to put the ball on the ground when we were on offense.”

Pioneer Valley goalkeeper Jorge Mendez kept his team in it by making some challenging saves after intermission, but The Tribe’s defenders covered most of the Panthers’ deep forays after Tulare Union had its 2-0 lead.

The Tribe fired shots from all over the pitch on the Panthers side of the field after the two Tulare Union goals. Most of them missed by wide margins, but The Tribe’s defense took care of things for Tulare Union.

Morales and Tulare Union defender Aaron Ochoa collided in The Tribe penalty box late in the game. Both had to leave the game, and Morales was rubbing the side of his head as he walked near the Panthers bench.

Brafman was animated for a time about what he believed were some non-calls, and he eventually was tagged with a yellow card.

The Eagles (17-8) eased past the Lions (13-8) in a first-round CIF Southern Section Division 6 game at Calvary Chapel.

Garcilazo made four 3-pointers, and Simon and Gutierrez sank three apiece. Santa Maria made 14 3’s as a team.

Santa Maria with another solid shot on goal batted away by the @GVBulldogs goalie. Still 2-2. #santamariatimes pic.twitter.com/ddufTd8VKp

Santa Maria had just seen its lead go from one to nothing. Then Edgar Garces stepped up and put the Saints ahead 2-1. They went on to win 3-2 and advance to the CIF semifinals. #santamariatimes pic.twitter.com/Ow6IOxK1bD

Two days after earning the first playoff win for a girls soccer team in Orcutt Academy school history, the Spartans played themselves into the…