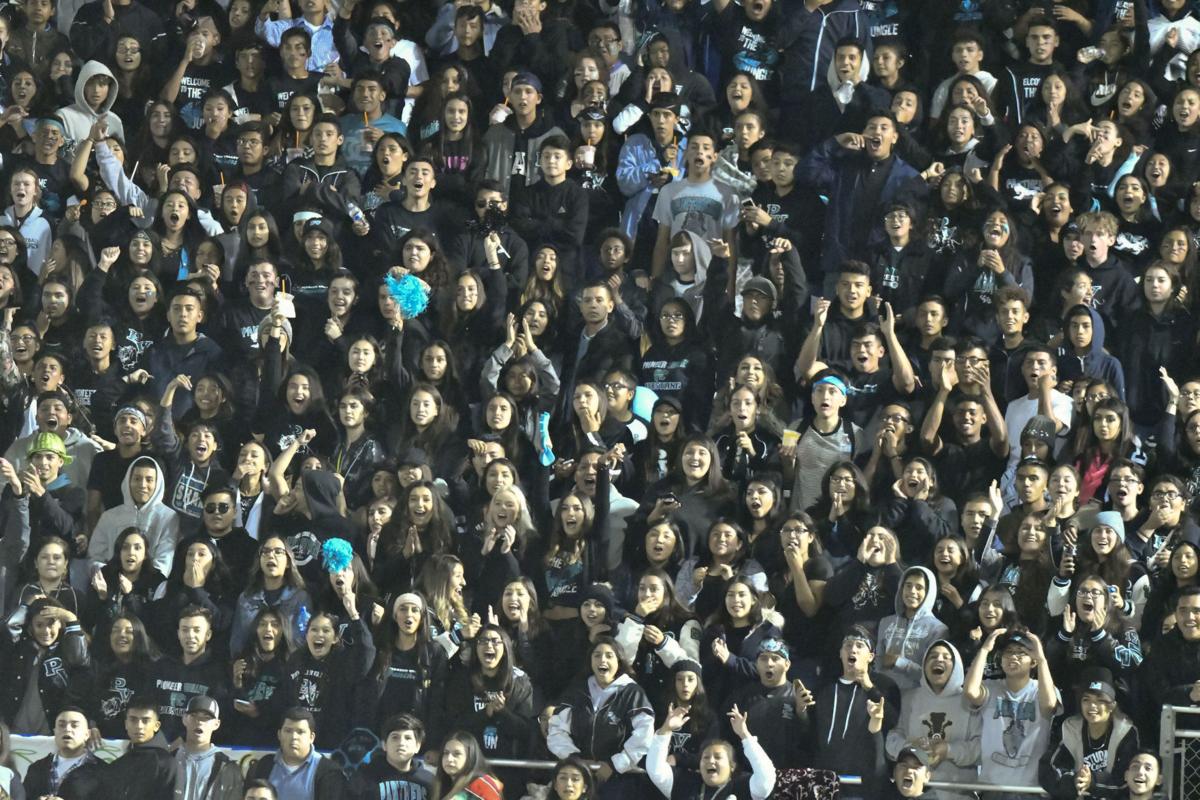 Pioneer Valley fans cheer for their team during a football game against rival Santa Maria High. If fans want live sports to resume, and to be able to attend live games in person, they should take the precautions necessary to make that happen. 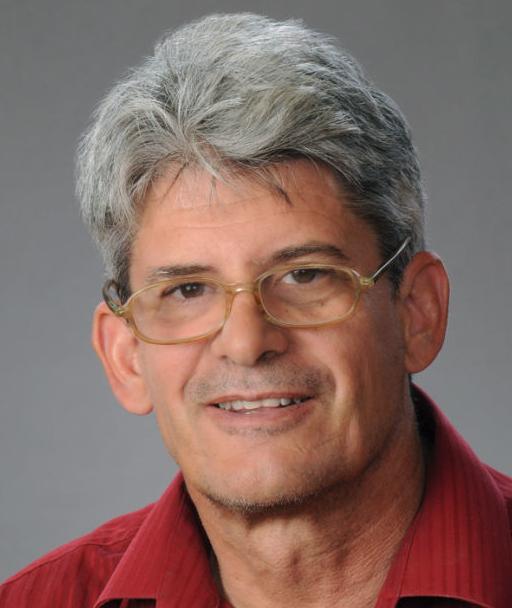 This is how you handle things in a pandemic.

The Korean Baseball Organization will shut down its season for three weeks if a single player tests positive for COVID-19. I would not have been surprised if, a month in, the KBO would have had a shutdown.

Instead, despite an upsurge of virus cases in South Korea, 10 weeks into the season there have been no shutdowns in the KBO.

No league championships or CIF playoffs. No Senior Days. Then no Little League or Babe Ruth baseball. No FCA All-Star game. No 7-on-7 tournaments.

Not only has the American Cornhole League been able to carry on, there were actually LIVE FANS, not cutouts, at a doubles championship I watched earlier this week.

The facility held a fraction of the fans it had a capacity for, and the fans were well-distanced and wore masks. Still, there were fans there.

Now he is awaiting his orders to report to Military Police Officer Camp Vilseck in Stuttgart, Germany.

Actually, merely by being there, the fans were reaping the rewards for being well-disciplined during this pandemic. They, very likely, had distanced, had worn masks.

In other words, they had done their jobs. Thus, they were rewarded by getting to actually see a sports event in person.

The players were reaping rewards too. They knew that, if they wanted to have a season at all, they had better be ready to endure frequent testing and remain pretty much cloistered among their non-infected peers when they were away from home.

Player of the Decade: Vote for Northern Santa Barbara County's First Round

You will pick winners in a head-to-head tournament style contest to determine the area's Player of the Decade. First up is eight nominees from Santa Barbara County, including top seed Toa Taua.

They have been willing to do that and, at the competition I watched, they earned one of the richest rewards of all - cheering spectators at their event.

European soccer has been able to proceed. So, too, have sports in the U.S., that have slow-walked out of lockdown, golf, auto racing, the UFC and, most recently, NWSL soccer.

The Basketball Tournament has lost five teams because of the virus but still, the $1 million winner-take-all tournament is proceeding.

The MLS started its return-to-play tournament Wednesday, though the league has hit some road blocks after FC Dallas pulled out of the tournament with at least 10 players infected.

There have been other hitches, with positive tests, among some sports in the U.S. that have resumed but they have kept moving forward.

With the state of the virus in the U.S., that is no small feat. Let’s face it, the country is taking a beating.

There is a common thread among the sports that have been able to keep going forward. Everyone involved has done, with no small amount of sacrifice, what they need to do to keep their respective seasons going.

Sophomore Spotlight: Work with Micah Mission has been an eye-opener for Travis Welker

Because they realize that if they don’t, there will no longer be a season.

The sports that have re-started are doing OK. It’s the sports that are TRYING to resume, such as the NHL, NBA and MLB, that are running into snags, with increased positive tests, etc.

This doesn’t surprise me. The sports that were able to re-start did so before the virus got a foothold for the alarming surge that has taken place in many places in the country.

Besides, the longer a sport has to wait before it re-starts, the bigger the chance its people will get more and more out and about in their communities, which of course increases the chance of becoming infected.

It was hugely disappointing when area schools pulled back on their plans to bring athletes back to campus, but they made the right choice. There was no other option, really. Things have been trending the wrong way with the virus on the Central Coast for awhile. There is a lot of virus out there.

People who long to start again in their respective sports should look to the example set by the vast majority of those who have done so.

They’re doing the right things, and they are reaping the rewards.

The sports staff at the Santa Maria Times, Lompoc Record and Santa Ynez Valley News is looking for the top football player from Northern Santa Barbara County and San Luis Obispo County over the last 10 seasons of high school ball.

See who our nominees are thus far.

San Luis Obispo's football team went 2-18 in the two seasons before Emilio Corona took over the quarterback position in 2018.

Football players can put up some staggering statistics at the high school level. Often times a star running back also doubles as his team's to…

Player of the Decade: Bailey Gaither is among Central Coast's greatest receivers

Surely Bailey Gaither loves his hometown of Paso Robles, but it looks like San Jose is growing on him as well. After all, Gaither is entering …

Player of the Decade: Patrick Laird went from no offers, to walk-on, to NFL running back

Player of the Decade: A look back at Caleb Thomas' days of dominance at Righetti

Garrett Owens was a solid offensive player during his days at Arroyo Grande High.

Player of the Decade: Toa Taua put together historic career at Lompoc High

Anyone who flips on Toa Taua's freshman highlight tape at Lompoc High will see a No. 35 in blue that does not look or play like a freshman.  F…

Player of the Decade: A look back at Fenton Will's stellar career in the middle of St. Joseph's defense

Fenton Will was a highly-skilled football player during his days at St. Joseph.

Player of the Decade: Nipomo's Nick Kimball and his stellar 2014 campaign

Nick Kimball put together one of the most spectacular seasons by a wide receiver in Central Coast history in 2014.

Player of the Decade: Gabe Prendergast put together historic career at Santa Ynez

Every once in a while, a special type of player comes around.

The physical tailback known for his punishing running style once declared himself the 'YAC President' during his days at Lompoc High. He made …

Player of the Decade: Blake Truhitte put Santa Maria back on the map

In a lineup of the area's top football players of the past decade, Blake Truhitte will certainly stand out.

Dominance on a football field is, at times, hard to see.

Player of the Decade: Arroyo Grande's Seth Jacobs is our first nominee

Tom Goossen, who coached Arroyo Grande's football team to a CIF Southern Section title in 2011, once said Seth Jacobs would probably be his te…

Football in February? All Hancock College sports pushed back to 2021

Pioneer Valley fans cheer for their team during a football game against rival Santa Maria High. If fans want live sports to resume, and to be able to attend live games in person, they should take the precautions necessary to make that happen.