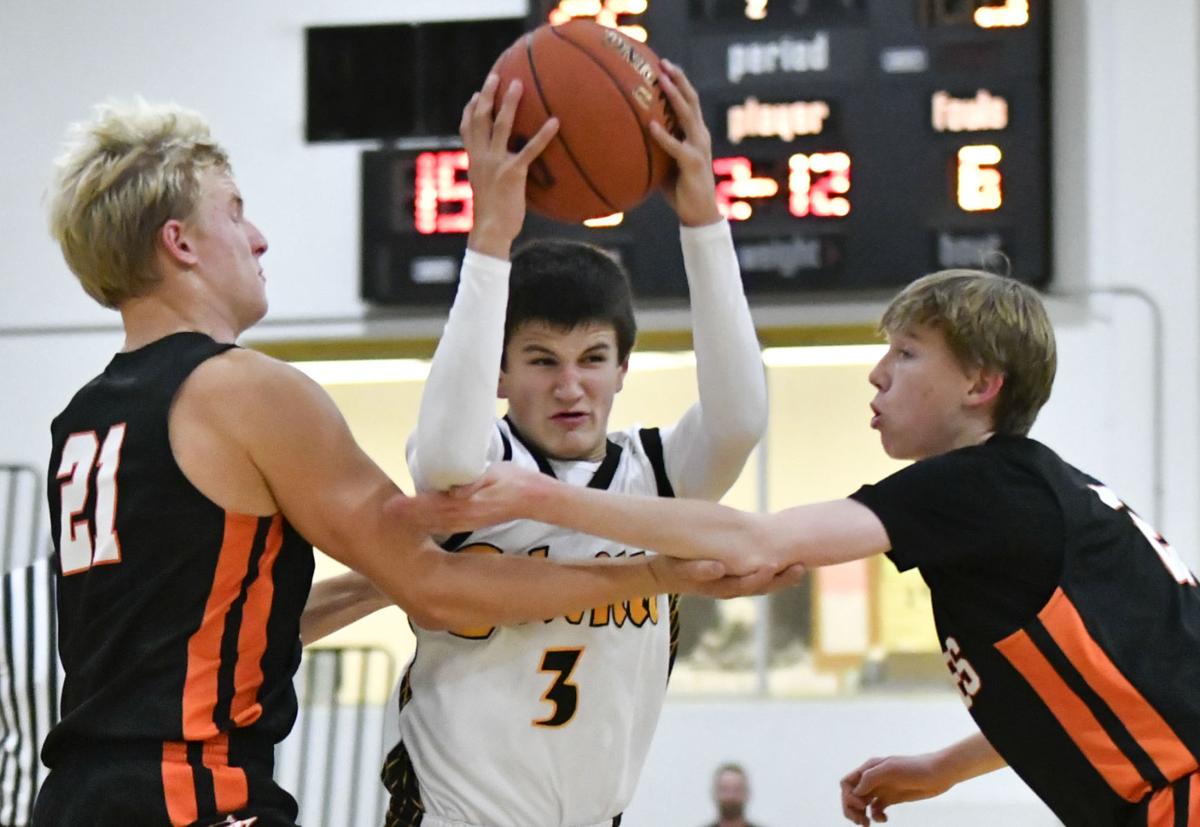 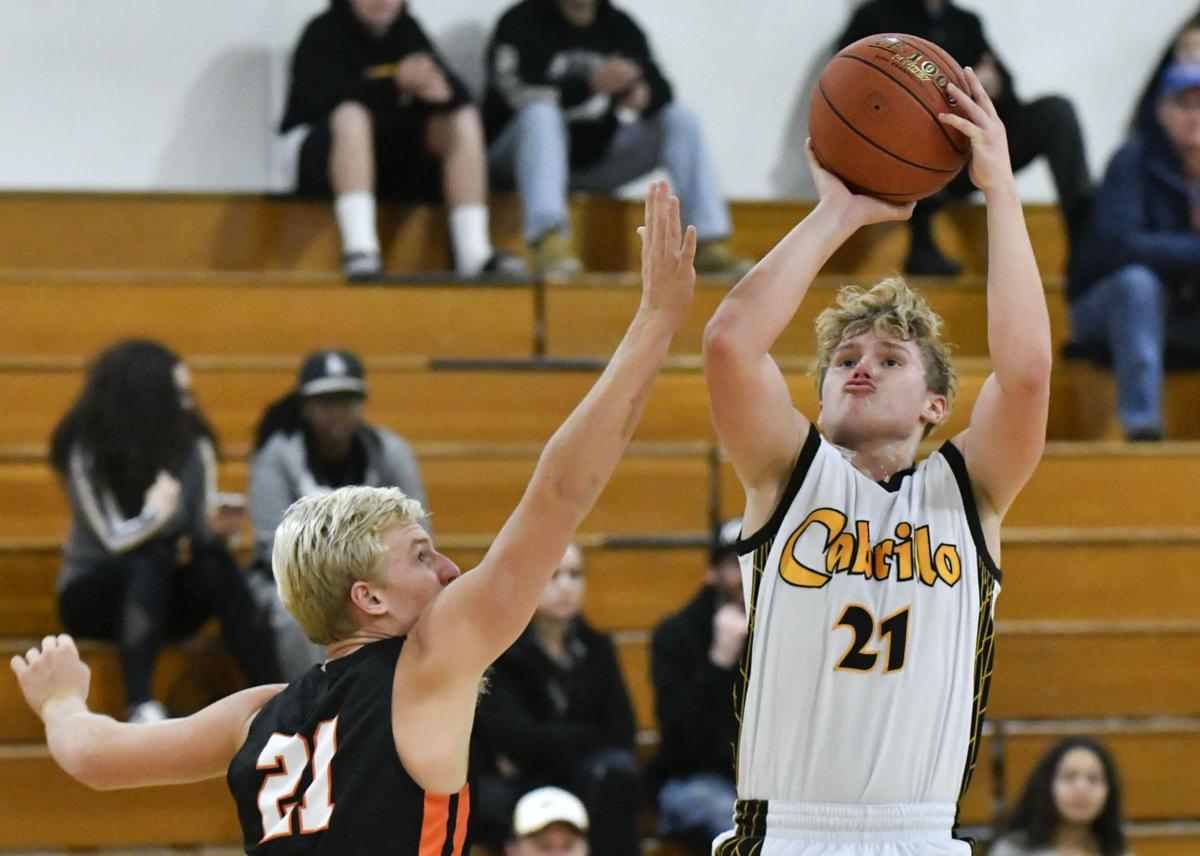 The Conquistadores defeated the Pirates 56-28 at home in the first official game for both teams as Channel League members on Tuesday – which additionally marks the 20th consecutive win for the Conqs over Santa Ynez.

The Pirates haven’t defeated Cabrillo on the court since Jan. 7, 2009 – which was a 59-57 overtime thriller played inside the CHS gym. However, Cabrillo's league dominance did end Friday night, with the Conqs falling at Santa Barbara in a Channel League game, 85-56.

And the Conqs kept their winning streak against the Pirates alive through stout defense and the relentless energy of Jeremy Hicks and Eddy Little.

Against Santa Ynez, Hicks became the facilitator and scorer for the Conqs – dishing the ball down low to Little for the inside points and then stepping back and launching the 3-pointers en route to 23 points, which led CHS.

Little, who at 6-foot-2 is sometimes asked to defend the tallest player on the floor, completed the inside work with his 16 points.

Cabrillo spent one month away from its home venue after taking part in tournaments down in Ventura County and had road trips to Morro Bay and Pioneer Valley. Head coach C.J. Simmons saw a team that’s been chomping at the bit to play in front of their parents and friends.

“They came out with a lot of energy,” Simmons said. “I’m really pleased. But we’ve got to get better.”

“On offense, we got a little complacent and stagnant,” Simmons said. “I believe with the young crew, we have to get better all around. There’s still a lot to improve but they’re starting to buy in what I’m preaching, which is a lot of defense and getting the little things done.”

Cabrillo additionally helped frustrate the Pirates on the defensive end. During the third quarter, the Pirates’ Ryan Rennick stole the ball and raced to the basket with only Hicks trailing him. But Hicks was immediately in Rennick’s face to force the missed 2-point opportunity and the Pirates continued to have difficulty with putting the basket inside the hoop during that sequence.

Pirates head coach Ray Vazquez has had to deal with the injury bug during their 8-8 start.

“We have to heal. We have a lot of kids who aren’t 100 percent,” Vazquez said. “My two best scorers didn’t play in three of the four games. But it has nothing to do with tonight. They (Cabrillo) played much harder than we did.”

Cabrillo coach C.J. Simmons offered his praise for the first-year head coach Vazquez, who is taking over for Rod Caughell this winter.

“Ray is doing a good job over there,” Simmons said. “He has the kids playing hard – and that’s Santa Ynez. Anytime they play us, they give us everything they got. I praise Ray.”

The Royals prevented any Brave player from reaching double figures in scoring in LHS's Channel League debut on Tuesday.

Ryan Morgan led the way with eight points for LHS.

The Braves fell in a close one to open their first stint in the Channel League in Santa Barbara on Tuesday.

Lompoc then beat Dos Pueblos 39-31 on Thursday, before falling at the Righetti-St. Joseph Tournament on Friday, 57-49 to Arroyo Grande and on Saturday to San Luis Obispo, 50-45.

The Braves played to the tie down in Santa Barbara on Dec. 18.

Head coach Jason Cochrane said he was pleased with how his team matched the intensity of the Royals in their first-ever Channel League girls soccer contest.

“We managed to come out the gates very well tonight against a very solid San Marcos team,” Cochrane said by phone. “We did very well in possession, we defended excellent and countered with pace and conviction that San Marcos really couldn’t answer.”

Amy Bommersbach kicked the lone goal for the Braves on a penalty kick during the second half.