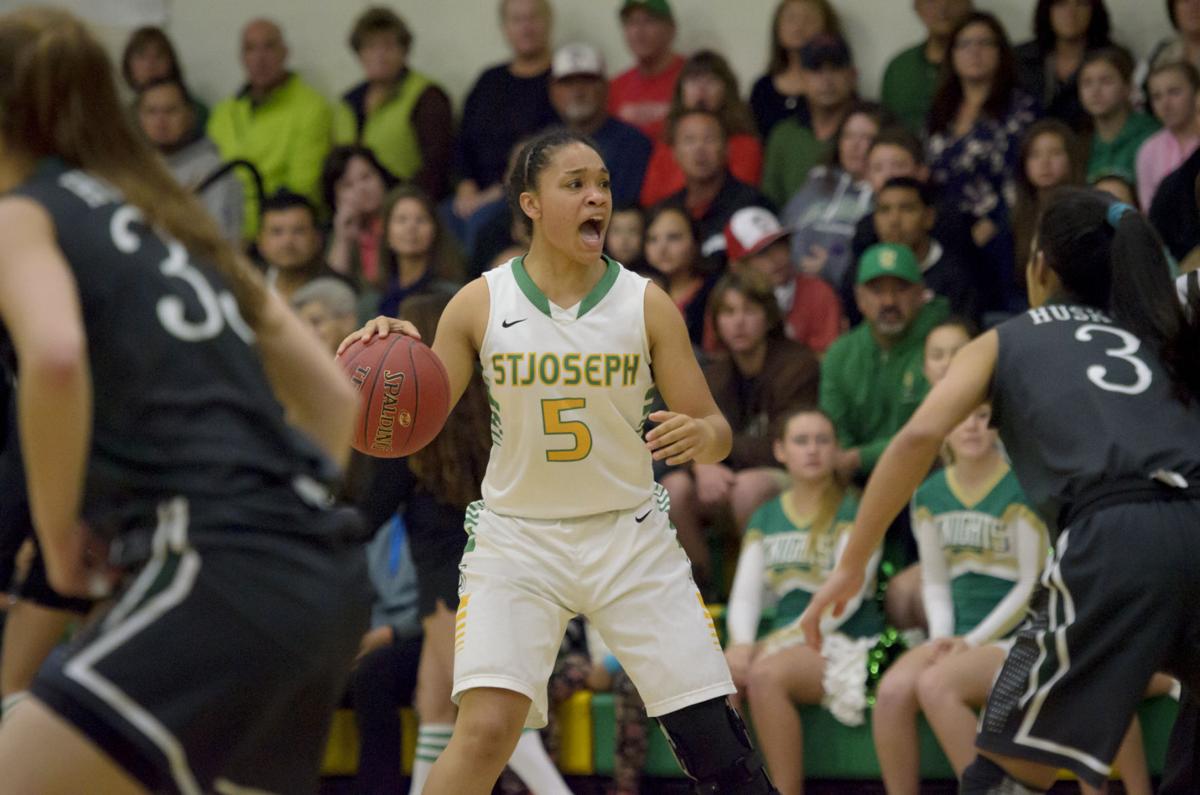 St. Joseph guard Kaitlyn Flowers sets up the offense during a CIF playoff game against Fairmont Prep in March of 2014. 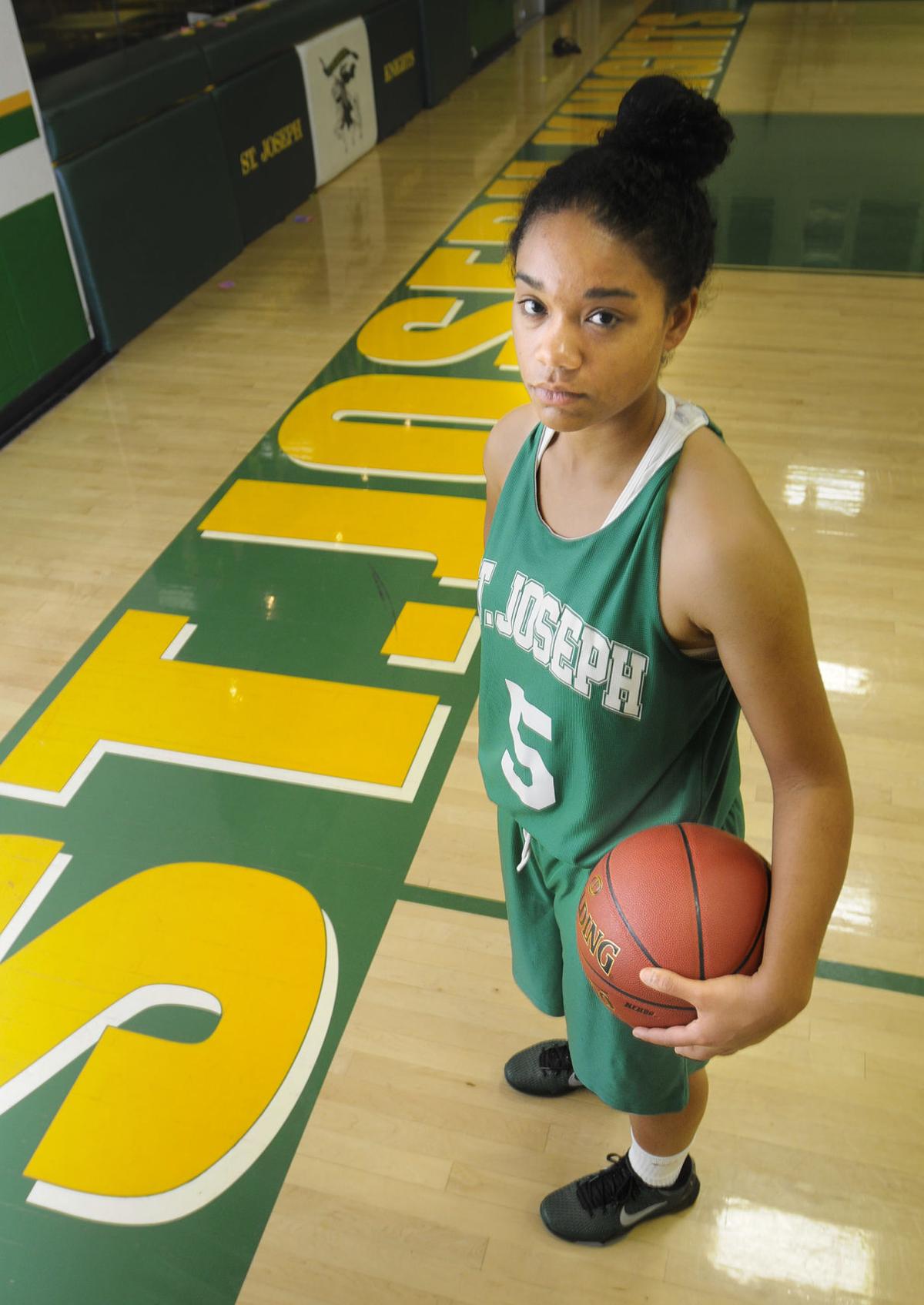 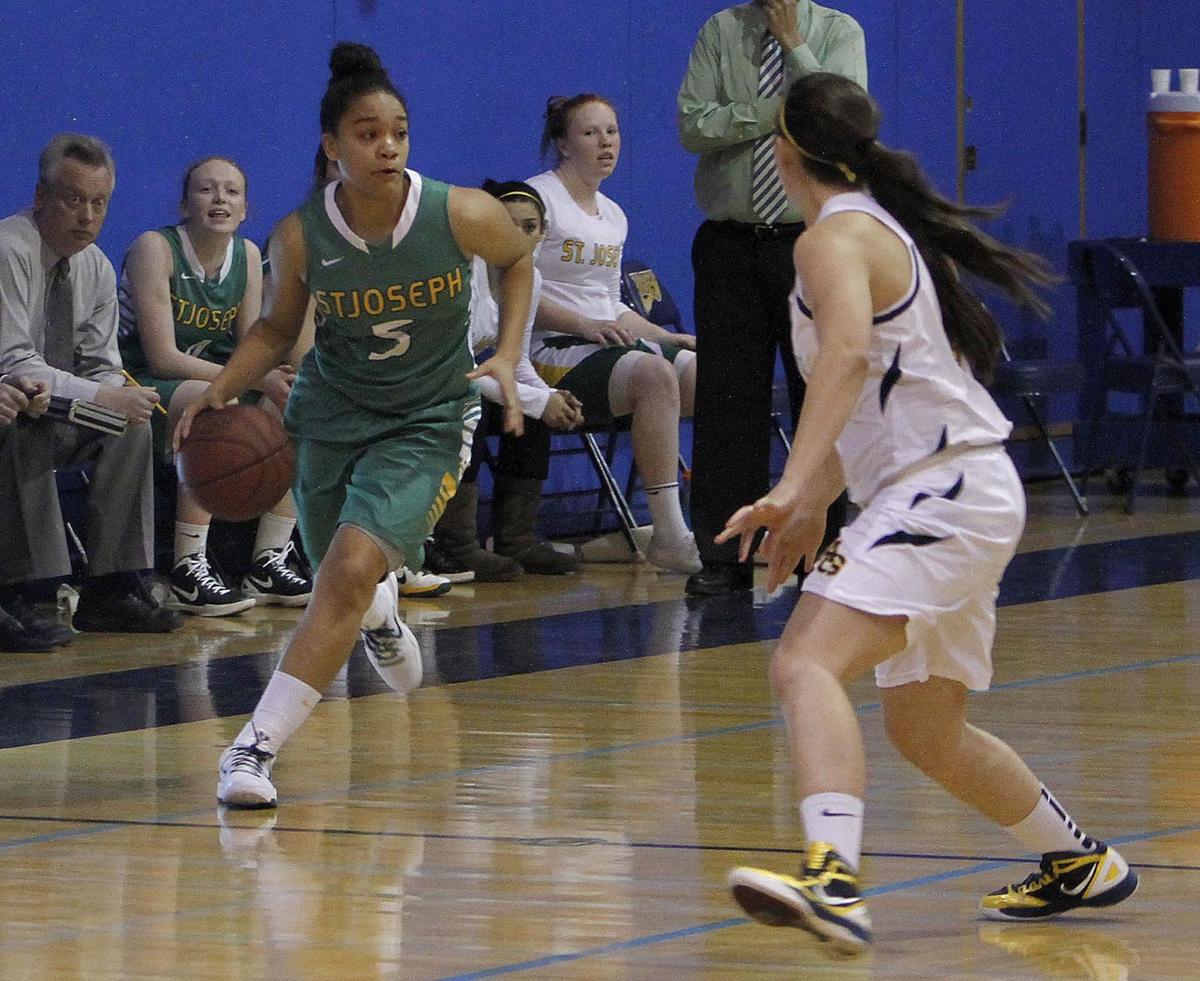 St. Joseph point guard Kaitlyn Flowers dribbles the ball up the court against Arroyo Grande High in a PAC 7 League game in 2012. 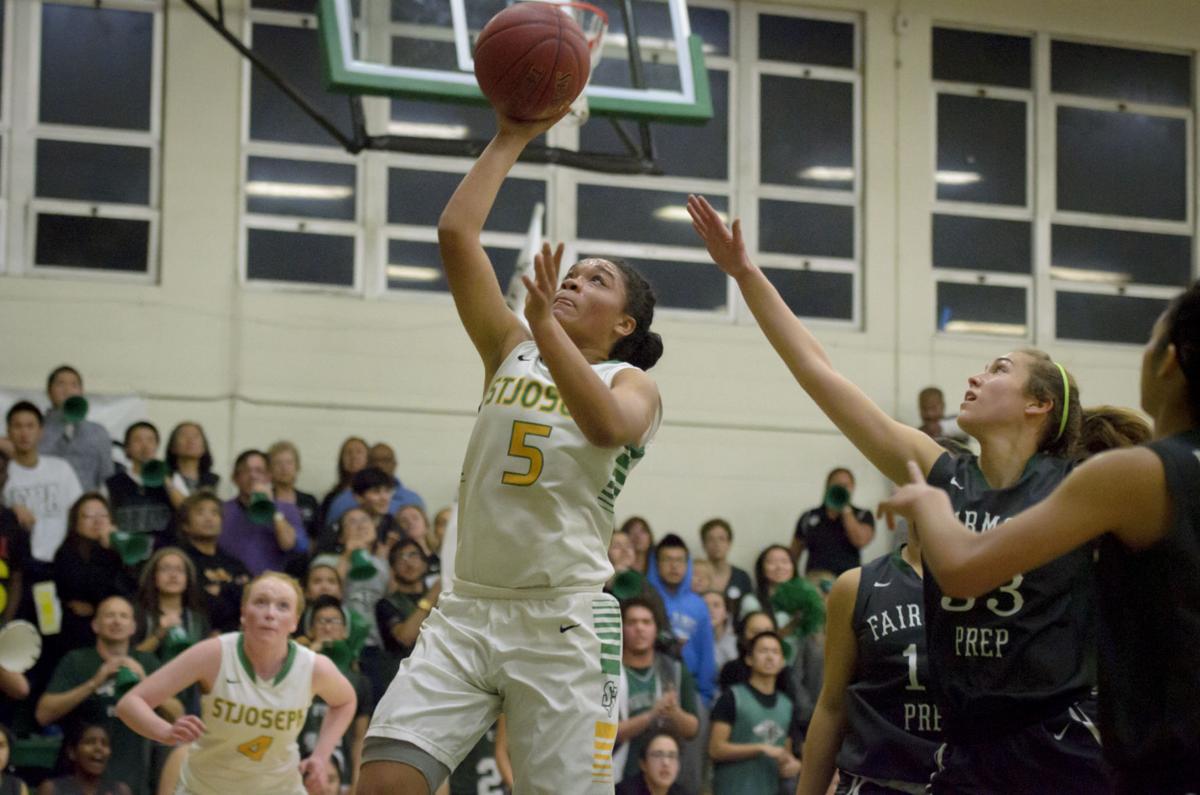 St. Joseph's Kaitlyn Flowers scores on a layup during a 2014 playoff game against Fairmont Prep.

The St. Joseph girls basketball teams of the early 2010s were absolutely stacked.

The 2014 St. Joseph graduate was a freshman on the Knights' 2011 CIF State championship team. In fact, Flowers played a key role in the Knights' state title win over Oakland's Bishop O'Dowd, playing 28 minutes after Dunlap, who was a sophomore starter on that team, went on with an injury. Flowers was all over the floor in that game, leading the team in rebounding and playing aggressive and effective defense against the Dragons.

"I was really nervous at first," Flowers said after that 2011 game. "But then the nervousness went away, and I relaxed and concentrated on playing tight defense and getting position for rebounds."

That performance was just a sign of things to come.

Flowers would go on to score over 1,400 points in her St. Joseph career while also providing the Knights with elite perimeter defense and rebounding.

She finished her St. Joseph career with 1,448 total points, 503 total rebounds, 326 assists and 391 steals in 110 games. She averaged 18 points a game over the 75 games she played in her sophomore, junior and senior seasons. She also averaged nearly five steals a game in that span.

Flowers was an all-around guard that slashed through defenses by utilizing her speed, quickness and ball-handling skills. Her outside game developed during the course of her prep career. On defense, Flowers was relentless, hounding the opponent's top offensive player.

Is Sawyer May the area's most efficient quarterback of all-time?

After leaving St. Joseph, the Lompoc native joined the women's basketball team at Akron, where she played for four seasons, missing all of her junior season with a torn ACL.

Flowers is the 13th Player of the Decade nominee, and the fourth to play with St. Joseph, joining Beebe, Dunlap and Madrigal.

Player of the Decade: Pioneer Valley's Shnyia Tell was a force under the basket

The rest of the Player of the Decade nominees will be announced in the coming weeks before a tournament-style voting contest will be held to determine the girls basketball Player of the Decade. Readers will be able to vote online at santamariatimes.com; lompocrecord.com and syvnews.com. Players from Northern Santa Barbara County and Southern San Luis Obispo County whose final seasons where in between 2009-10 and 2019-20 are eligible.

Mershad Dillon was something else: A defensive tackle who could also play wildcat quarterback

Dillon's athleticism was so off the charts that coach Mike Regan couldn't resist putting the ball in his hands. Regan would employ Dillon as a 6-foot-3, 250-pound running quarterback at times and Dillon would run through, over or past would-be-tacklers.

“I looked all through the records (for school sports titles),” Santa Maria athletic director Brian Wallace, who also coached the Saints boys and girls cross country teams at the time, said after the meet.

During that 2017 season, one in which Gregg led the Pirates to an 8-2 record, he completed nearly 66% of his passes (149 for 227) for 2,566 yards and those 35 touchdowns against just eight interceptions. The Pirates won their first seven games that year in dominant fashion and lost two of their last three by just 16 combined points.

Terrones, the Lompoc High athletic director and former St. Joseph High and Hancock College basketball standout, has met the objective she set three months ago. After the coronavirus pandemic wiped out the spring and fall sports seasons, Terrones decided she would run one mile for every returning athlete at her high school that was affected by the cancellations.

Let's not forget how great Derrick Portis was at Lompoc High

Derrick Portis was a great Lompoc High athlete. Did he get overlooked? Not really. But he wasn't included in the our Player of the Decade contest that we put together over the summer and I always felt he had a strong case.

Player of the Decade: Syenna Ramirez went from role player to star at St. Joseph

Syenna Ramirez mastered the art of getting better. Ramirez was a solid offensive contributor during her first two seasons at St. Joseph High. She scored about 8.5 points a game and added some rebounding and play-making with good, reliable defense. Then came Ramirez's junior year.

That's right. Adam finds himself in a small Alabama town in the middle of a pandemic, waiting to play football. And Adam wouldn't change a thing. He's used to forging his own path to chase his football dreams.

Emily Wilson hit a second service winner in this 2019 CIF Central Section Division 2 semifinal, and the Knights were into the sectional championship match.

The Other Guys: Bryce Moses showed glimpses of greatness at Cabrillo

St. Joseph guard Kaitlyn Flowers sets up the offense during a CIF playoff game against Fairmont Prep in March of 2014.

St. Joseph point guard Kaitlyn Flowers dribbles the ball up the court against Arroyo Grande High in a PAC 7 League game in 2012.

St. Joseph's Kaitlyn Flowers scores on a layup during a 2014 playoff game against Fairmont Prep.