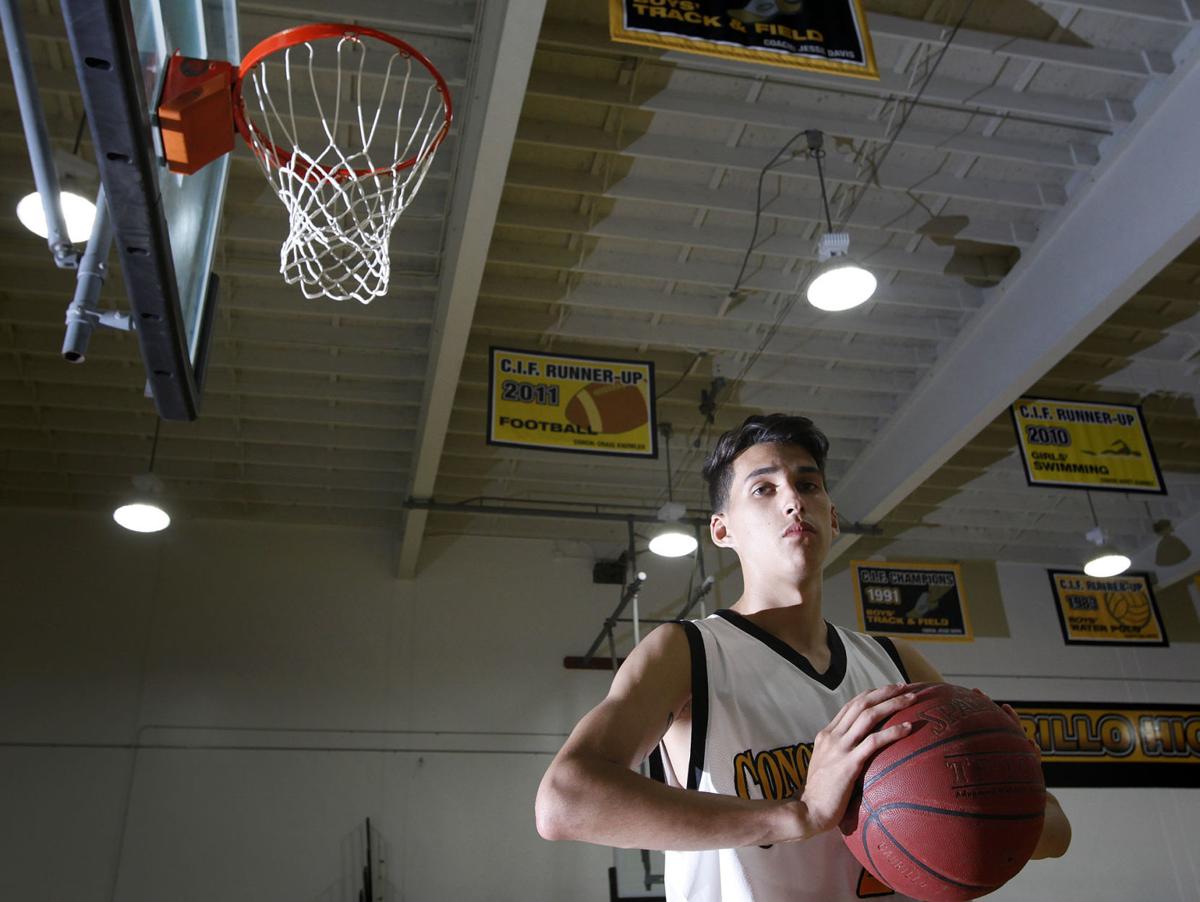 Cabrillo's Chad Brodhead was named the co-MVP of the Santa Maria Times' All-Area in 2013. He averaged 24 points and five steals a game for Cabrillo that year. 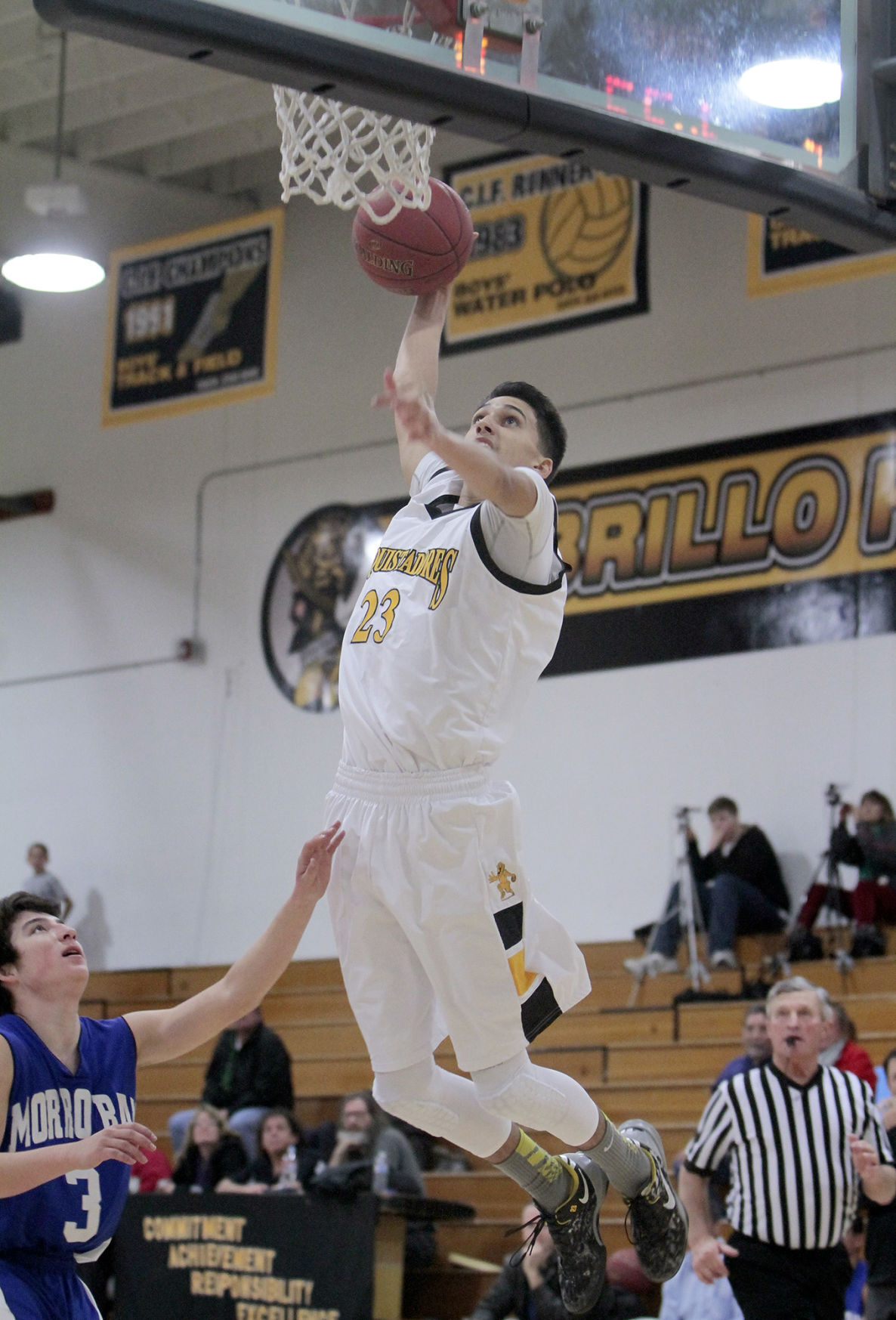 Cabrillo's Chad Brodhead dunks the ball as they take on visiting Morro Bay during a Dec. 19, 2013 game. 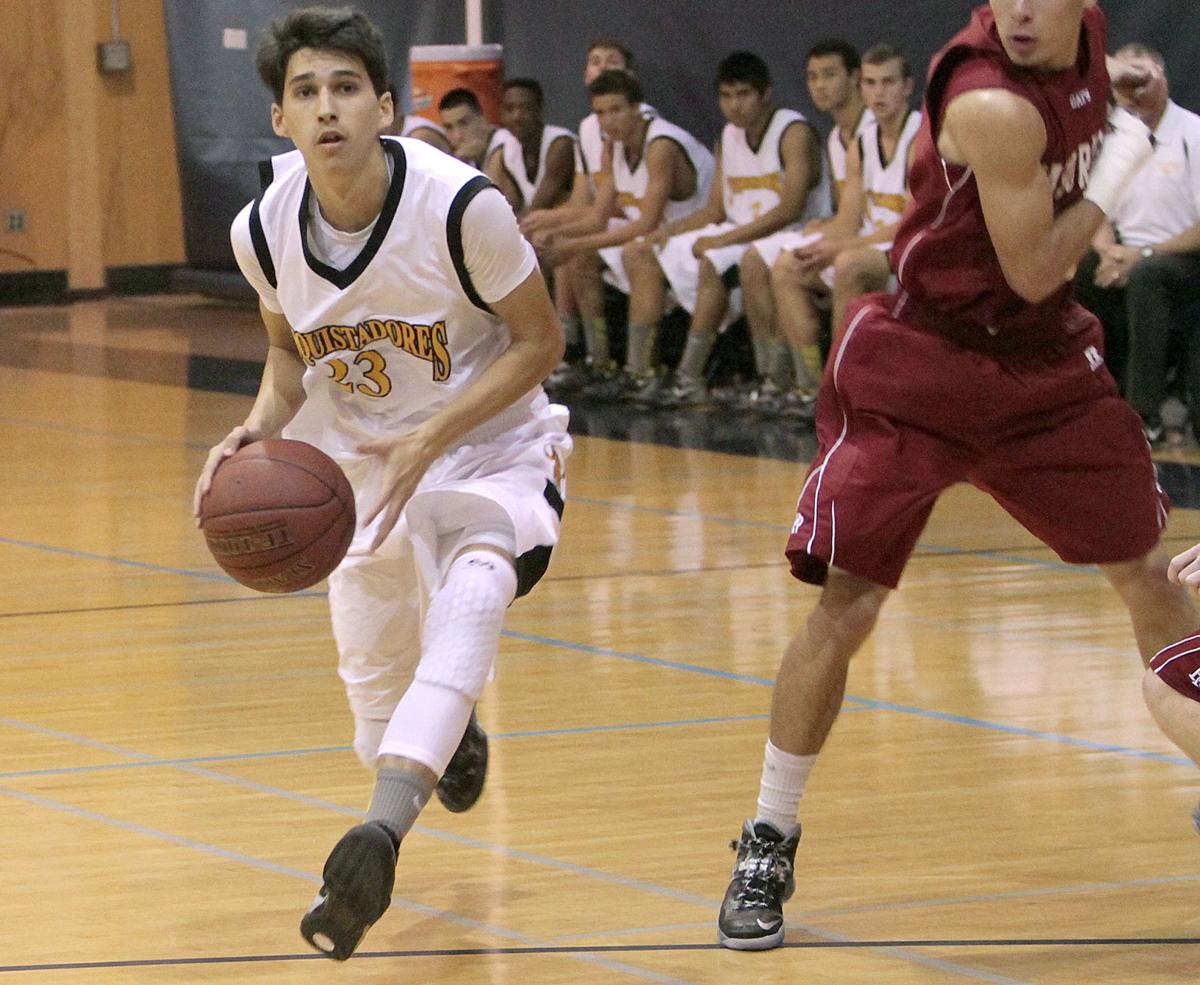 Cabrillo's Chad Brodhead dribbles the ball to the lane during a game against Paso Robles at the Arroyo Grande Optimist Tournament game in 2013.

It was hard to match what Cameron Walker did during his illustrious prep career, but Chad Brodhead could say he did that, once at least.

During his days at Righetti High, Walker was voted the Santa Maria Times' All-Area MVP three times before he went on to play at Stanford.

Though that may come with a tiny asterisk. Walker was actually voted co-MVP in the 2013-14 season. Walker was a junior while Brodhead was a senior at Cabrillo then.

The two of them put together fantastic seasons and although the Times (almost) never awards co-MVPs for its All-Area teams, a margin between the two just could not be found.

So Brodhead and Walker were, after all, honored as co-MVPs. The award capped a stellar Cabrillo career for Brodhead while Walker would go on to earn one more outright All-Area MVP award to finish his career with three such accolades.

Brodhead averaged 24 points, five rebounds and five steals a game in leading Cabrillo to its third straight Los Padres League title in 2013-14. He easily crossed the 1,500-point barrier at Cabrillo, though career stats weren't available. He scored about 700 points during his senior season.

Gary West, who was Brodhead's coach at Cabrillo and is now the school's athletic director, quickly nominated Brodhead for the Times' Player of the Decade contest, putting him in the top two of players he coached from that era.

Brodhead, a 6-foot-4 wing, was pressed into point guard duty as a senior. An adept ball-handler, the move was one that Brodhead could manage.

“He can handle the ball, but he’s really not a natural point guard,” West once said of Brodhead. “We had to put him there after my son (Josh) graduated.

“That’s just part of the versatility Chad has as a player.”

Brodhead was an ideal shooting guard, able to score from 3-point range with ease. A tall and athletic player he was able to attack the paint and could play above the rim, possessing the ability to dunk through traffic.

“His biggest impact was at the free throw line," West said. "He has a high basketball IQ, and he knows how to draw fouls and get himself to the line. He scored 10, 12 points a game for us just at the line.”

As a senior, Brodhead and the Conqs advanced to the CIF Southern Section quarterfinals, where they lost to eventual Division 3A champion Oak Park 83-78.

“Our goal this year was to get to the semifinals, but we made a good showing against the eventual (divisional) champion,” Brodhead said for a story on him being named the All-Area co-MVP in 2014.

Brodhead said the biggest adjustment that season wasn't on the court.

“I would say that was definitely the part of my game that grew the most — leading the team,” he said.

The Conqs went 33-3 in LPL games over Brodhead's final three seasons at Cabrillo.

Brodhead joins the other nominees that have been announced so far, including another form Cabrillo standout in LeAndrew Knight.

There will be 16 nominees announced.

The Times has polled current and former coaches to develop its list of nominees for Player of the Decade. The rest of the nominees will be announced before a tournament-style voting contest will be held to determine the boys basketball Player of the Decade. Readers will be able to vote online at santamariatimes.com; lompocrecord.com and syvnews.com. Players from Northern Santa Barbara County and San Luis Obispo County whose final seasons where between 2009-10 and 2019-20 are eligible.

Cabrillo's Chad Brodhead was named the co-MVP of the Santa Maria Times' All-Area in 2013. He averaged 24 points and five steals a game for Cabrillo that year.

Cabrillo's Chad Brodhead dunks the ball as they take on visiting Morro Bay during a Dec. 19, 2013 game.

Cabrillo's Chad Brodhead dribbles the ball to the lane during a game against Paso Robles at the Arroyo Grande Optimist Tournament game in 2013.