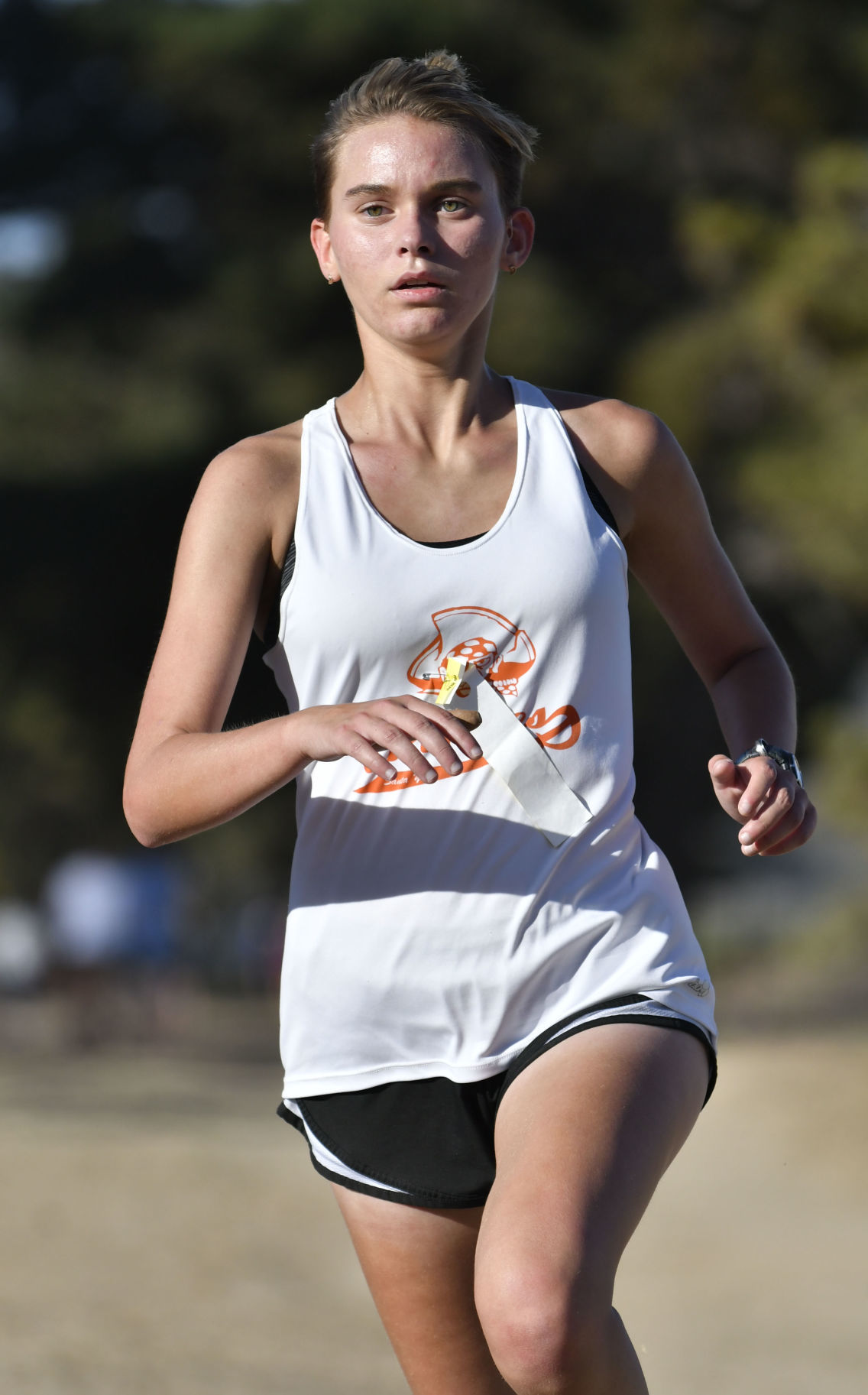 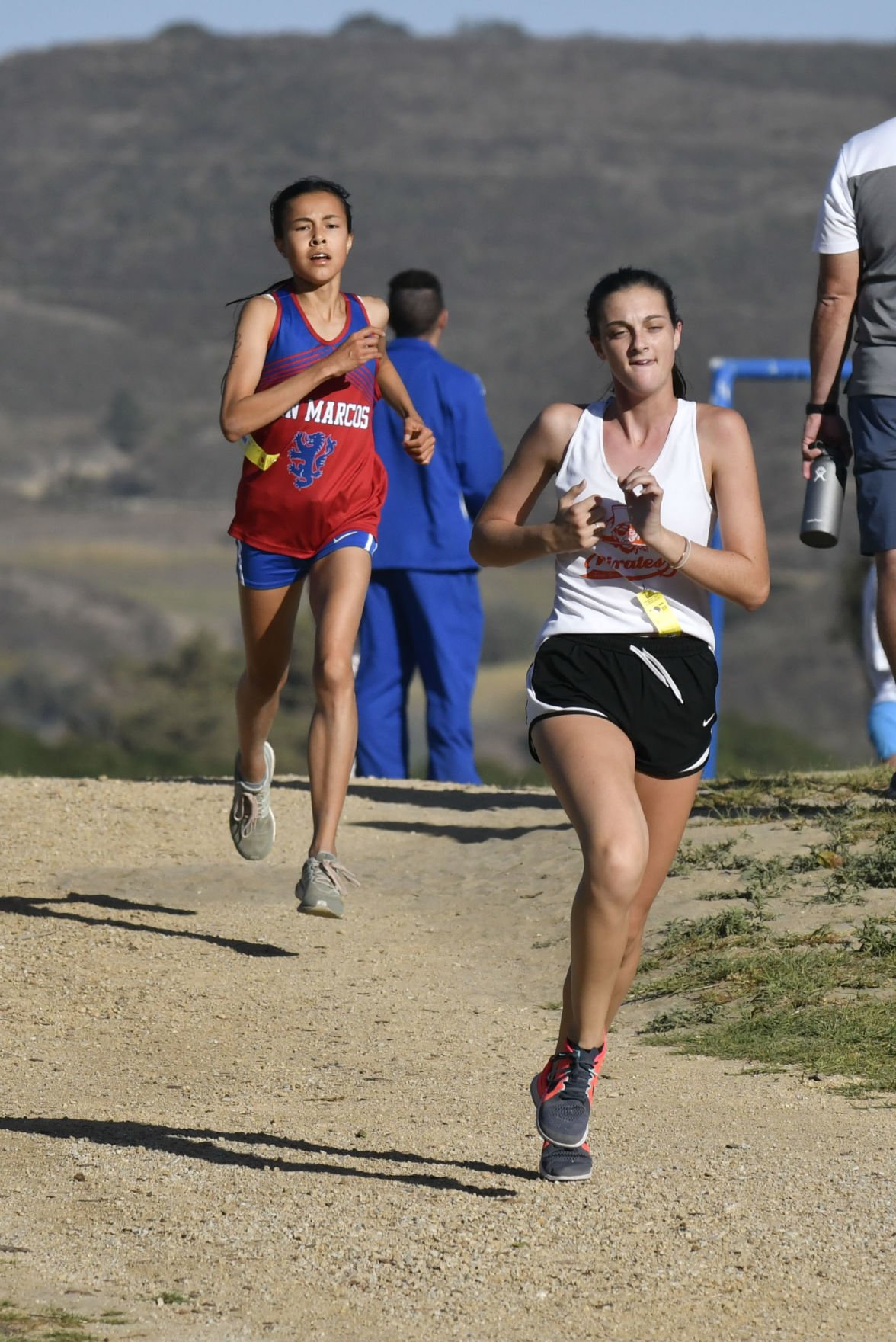 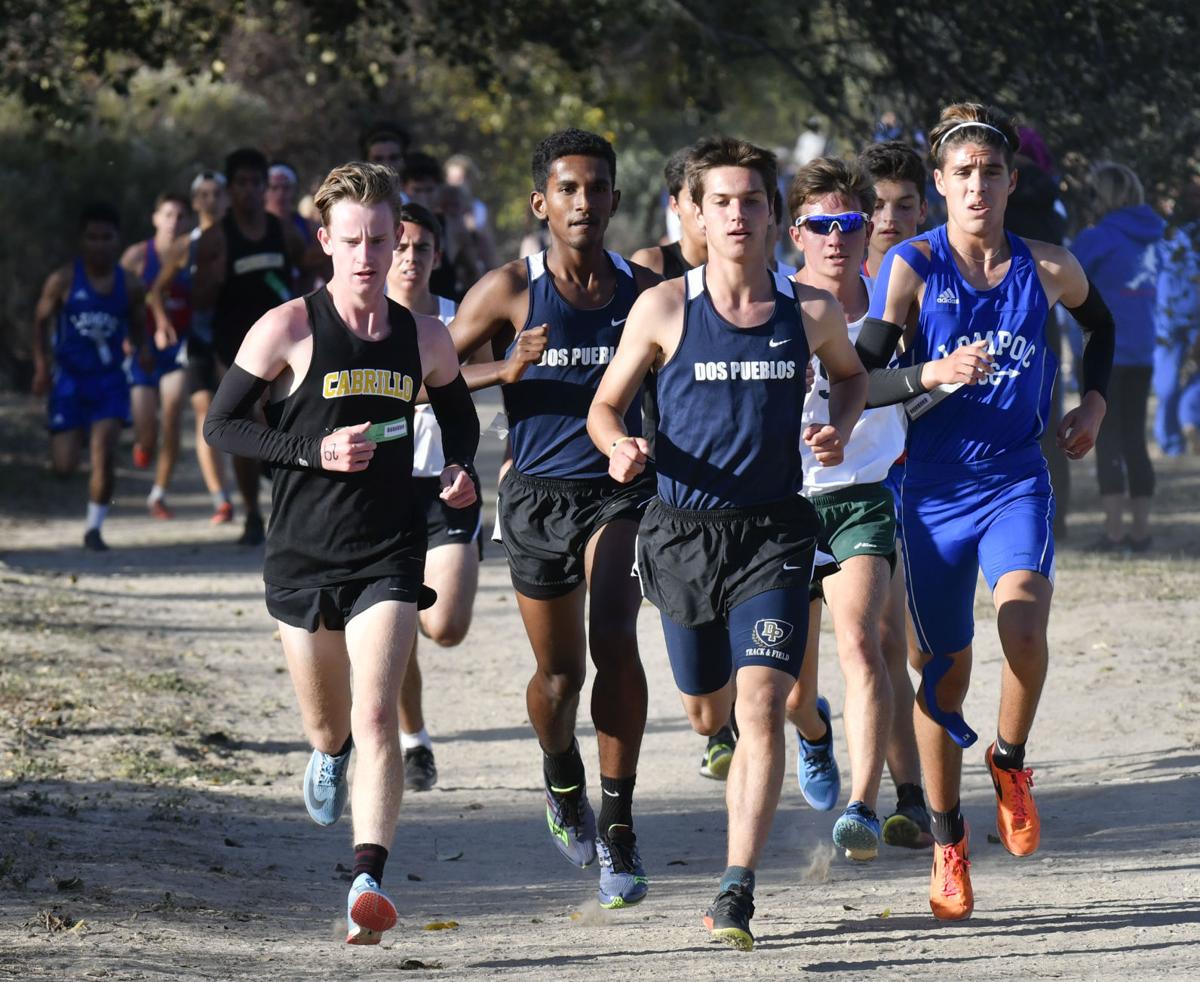 Cabrillo boys cross country head coach Mike Harnden had the look of awe once he saw the final team score sheet at the Channel League Finals on Tuesday.

The Conqs, in their first season as a member of the Channel League along with Lompoc and Santa Ynez, delivered the stunning performance against a number of CIF Southern Section Division 2 programs that are now league opponents for CHS at the final league meet held at Lompoc’s River Park.

On the girls side, San Marcos won the team title – finishing with a time of 1:37:03.54 and an average of 19:24.71. The Royals’ Madison Funk distanced herself from the competition, winning convincingly with a time of 18:20.99. No other runner got within 25 seconds of her.

Dos Pueblos took second overall on the girls side. Santa Ynez followed with a team time of 1:46:44.43 and average of 21:20.89. The Pirates produced the second-place finisher of the girls varsity race in Kiely West, who completed her run with a time of 18:57.74.

Once learning of the final scores, Harnden was stunned and amazed by how his team did.

“Coming into this, we were sitting in fourth in league. But I had high hopes for the team and I was like ‘You know what, they do run their butts off.’ For them to come in second, it just blows my mind. It really does,” Harnden said.

He wanted to make sure they had a strong game plan coming into their first-ever Channel League finals, saying “We were looking at things on paper with where do we place coming into this. To see second place – it’s outstanding. Going against all these D2 schools was a big change for us and to be able to compete with them and do as well as we did shows that my guys are working hard, strong and can compete with them.”

Dos Pueblos had two runners taking first and second: Joseph Pearlman, who raced his way to a time of 15:47.57, and Nathaniel Getachew, who finished with a time of 15:47.86 – just nearly 30 seconds between him and his teammate.

While Santa Barbara’s Jackson Ballentine came in third by completing a time of 15:59.41, Cabrillo’s Jacob Brown trotted his way to a high finish. Brown, a junior, finished at 16:03.91 to take fourth. After catching his breath, Brown summed up his performance in these words:

“This was my best race this season,” Brown said. “And this was the best course to have the league finals at. It’s definitely better than what we had last year or any of the following years. We have bigger schools out here making us push more.”

Harnden himself was impressed by the way his top runner withstood the Channel League challengers and the gusty winds that picked up after 4 p.m. at the course.

“Jacob performed outstanding,” Harnden said. “He drives the team. And the guys look up to him.”

Brown will now prepare for the CIF Southern Section meet set for the weekend of Nov. 17 in Riverside, with the hope of clinching a spot at the CIF State Finals meet held annually in Fresno during the Saturday after Thanksgiving.

San Marcos managed to snatch third place on the boys side, followed by Santa Barbara, Lompoc and Santa Ynez. While Lompoc took fifth on the team end, Greg Wuitschick finished in the top five against the C.L slate, completing a time of 16:14.73.

“It was a great experience especially coming off of a hip and knee injury,” Wuitschick said. “It was really hard to get back into the drive but overall the team helped push me.”