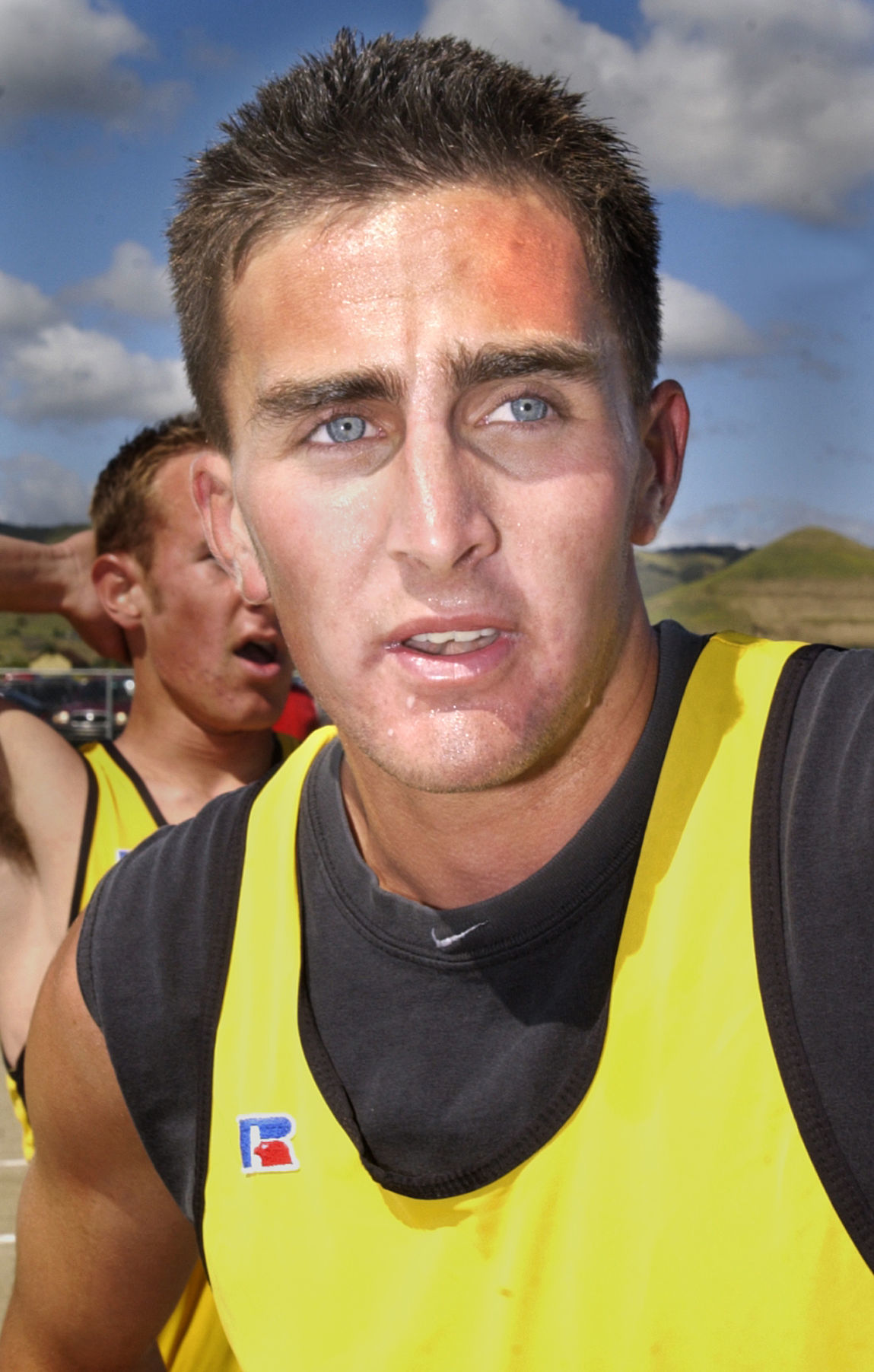 Cabrillo graduate Michael Coe, seen after a Los Padres League race in 2005, will be inducted into the school's Hall of Fame on Friday, Aug. 2. After graduating from CHS, Coe went on to run at Cal. 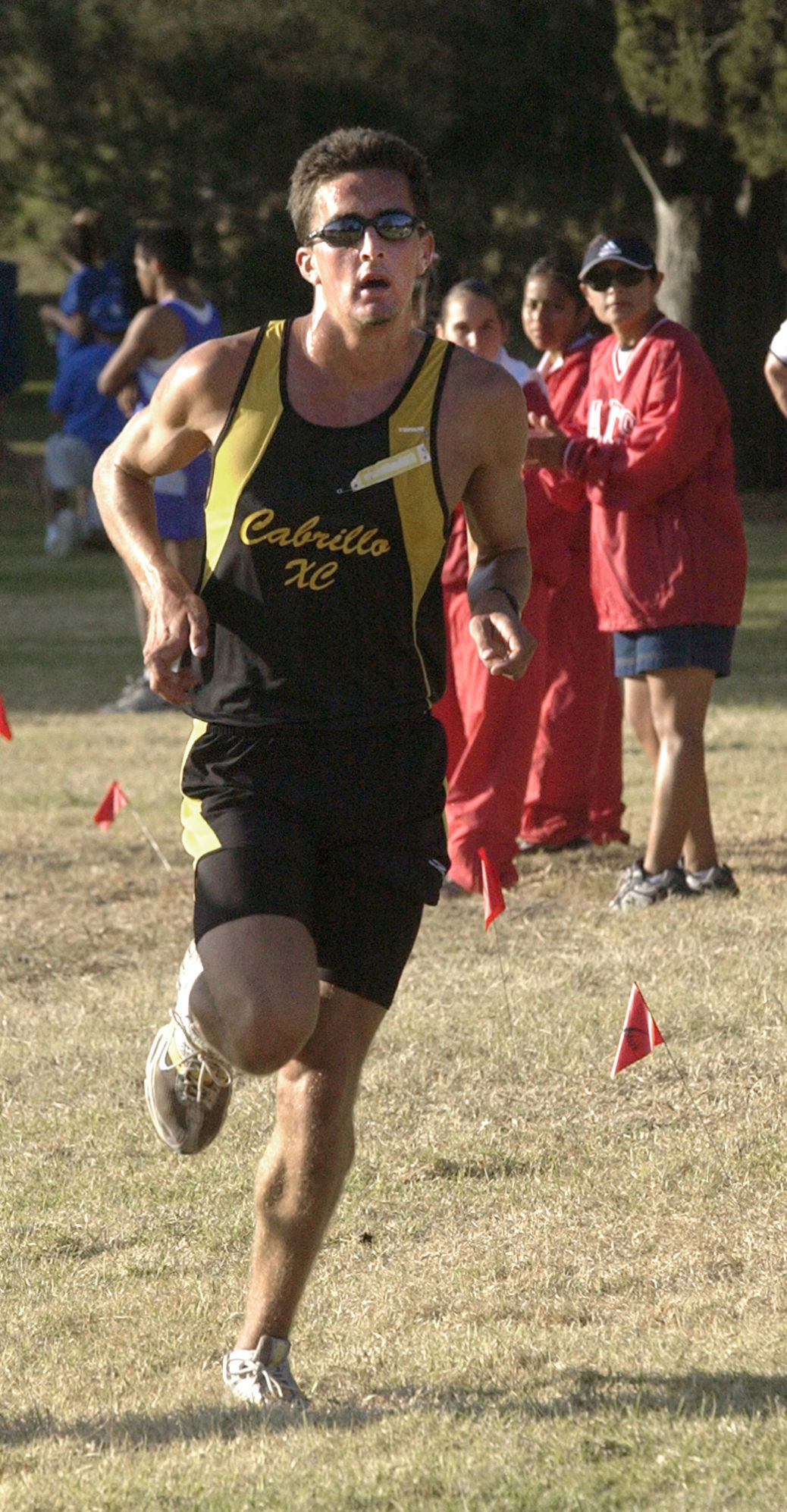 Michael Coe, of Cabrillo, wins a cross country race in the fall of 2005. Coe graduated from Cabrillo in 2006 and ran for Cal. He'll be inducted into Cabrillo's Hall of Fame on Friday, Aug. 2.

Michael Coe once walked into a Cabrillo High cross country program that he recalls wasn’t used to league titles or CIF runs.

“They were at the bottom of the Los Padres League,” Coe recounted by phone when thinking back to his freshman year in 2003.

But with his background as a standout youth runner, Coe would team alongside names like future U.S Olympian Duane Solomon, Robert Unrue, Josh Coke and the Brown brothers, Nathan and Kyle, to turn the tide of the program.

Now, the multiple-time LPL champion and 2004 CIF Southern Section champion Coe will be recognized for his long list of accolades — and be credited for turning the tide of the cross country program.

The 2006 CHS graduate will be one of eight inductees who will be enshrined into the school’s Hall of Fame class on Friday, Aug. 2 inside the CHS cafeteria.

Coe collected three league Most Valuable Player titles in his running shoes. And following Solomon’s graduation from the school in 2003, the LPL champion cross country team elevated themselves to newer heights through the ’04 CIF run.

Coached by Peter Anderson, Coe became the No. 1 runner for CHS. Through each gallop he and his fellow runners took on the dirt and grass, the Conqs built both their chemistry and winning desire.

“It was fun,” Coe said. “That was the starting point of the era I was a part of. It (this induction) is a heartfelt reminder of the era we had. I look back at that time with a lot of pride.”

And before capturing CIF glory, Coe remembers learning about his future cross country and track and field team teammate who was leaving spectators in awe with his running dominance: Solomon.

“I heard about Duane when I was at Vandenberg Middle School,” Coe said. “And I heard about a guy who was blowing people away in the 800 meters. I knew then, my future was in running. When I heard of a guy doing unprecedented things at Cabrillo, I was excited.”

Cabrillo High has unveiled Friday, Aug. 2 as the date of the 2019 Hall of Fame dinner and induction ceremony and has invited CHS family member…

Coe was teammates with the 2012 Olympic Games runner for one season only, but immediately, he says “we became good friends.”

Solomon would eventually go on to USC — but Coe would go on to become the next Pac-10 runner to represent Cabrillo, by joining Cal Berkeley.

In sophomore year at Cal, he broke the school’s mile record at the Brutus Hamilton Invitational by running a time of 3:56.18. He qualified for the NCAA Indoor Championships as a redshirt freshman in 2008.

Today, Coe remains in the Bay Area. He works in San Francisco as a customer service manager for the treadmill company AlterG – which specializes in building anti-gravity treadmills for physical therapy, rehab and training.

Coe has stayed active with his running as well, by joining the San Francisco Olympic Club and runs in his spare time.

But once the evening of Aug. 2 comes, Coe will be reminded of the running legacy he and his fellow teammates left behind at CHS.

Duane Solomon and Barbara Nwaba have qualified for the Olympic Trials.

“I’m honored. It (the induction) has brought back good memories of an exciting time at CHS,” Coe said.

Cabrillo graduate Michael Coe, seen after a Los Padres League race in 2005, will be inducted into the school's Hall of Fame on Friday, Aug. 2. After graduating from CHS, Coe went on to run at Cal.

Michael Coe, of Cabrillo, wins a cross country race in the fall of 2005. Coe graduated from Cabrillo in 2006 and ran for Cal. He'll be inducted into Cabrillo's Hall of Fame on Friday, Aug. 2.