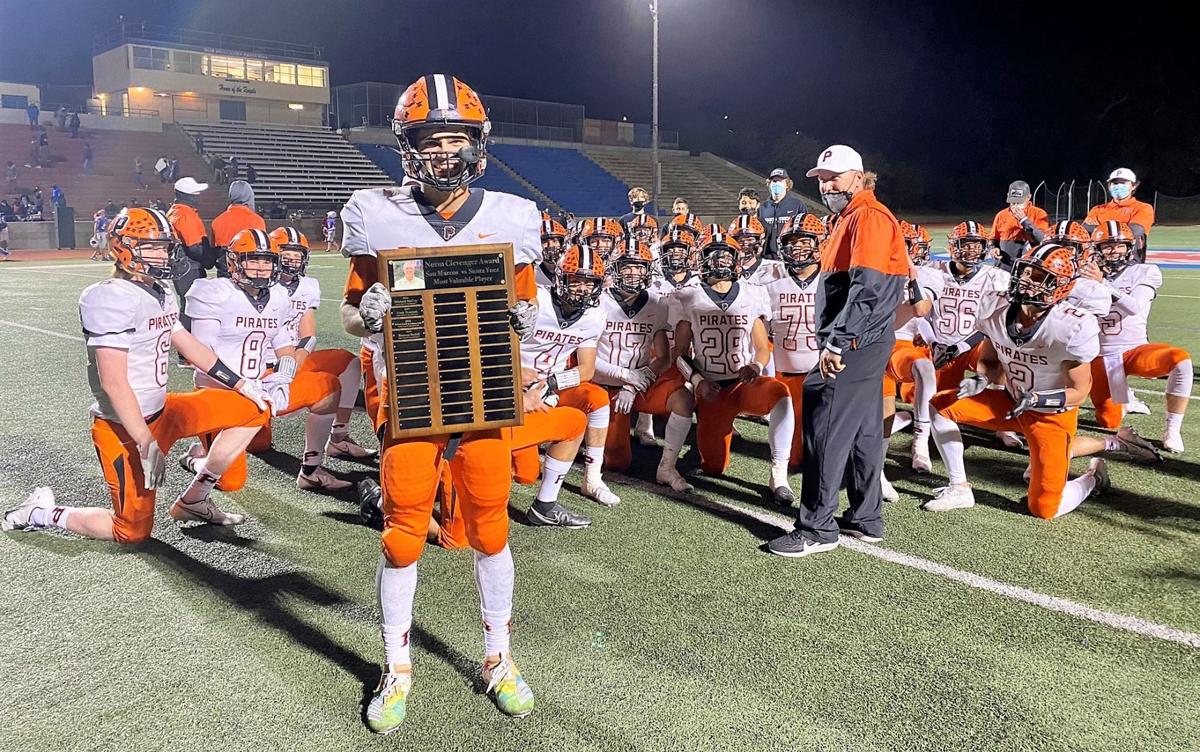 Santa Ynez senior Cam Prendergast was named the Norm Clevenger Player of the Game after the Pirates beat San Marcos 48-0. 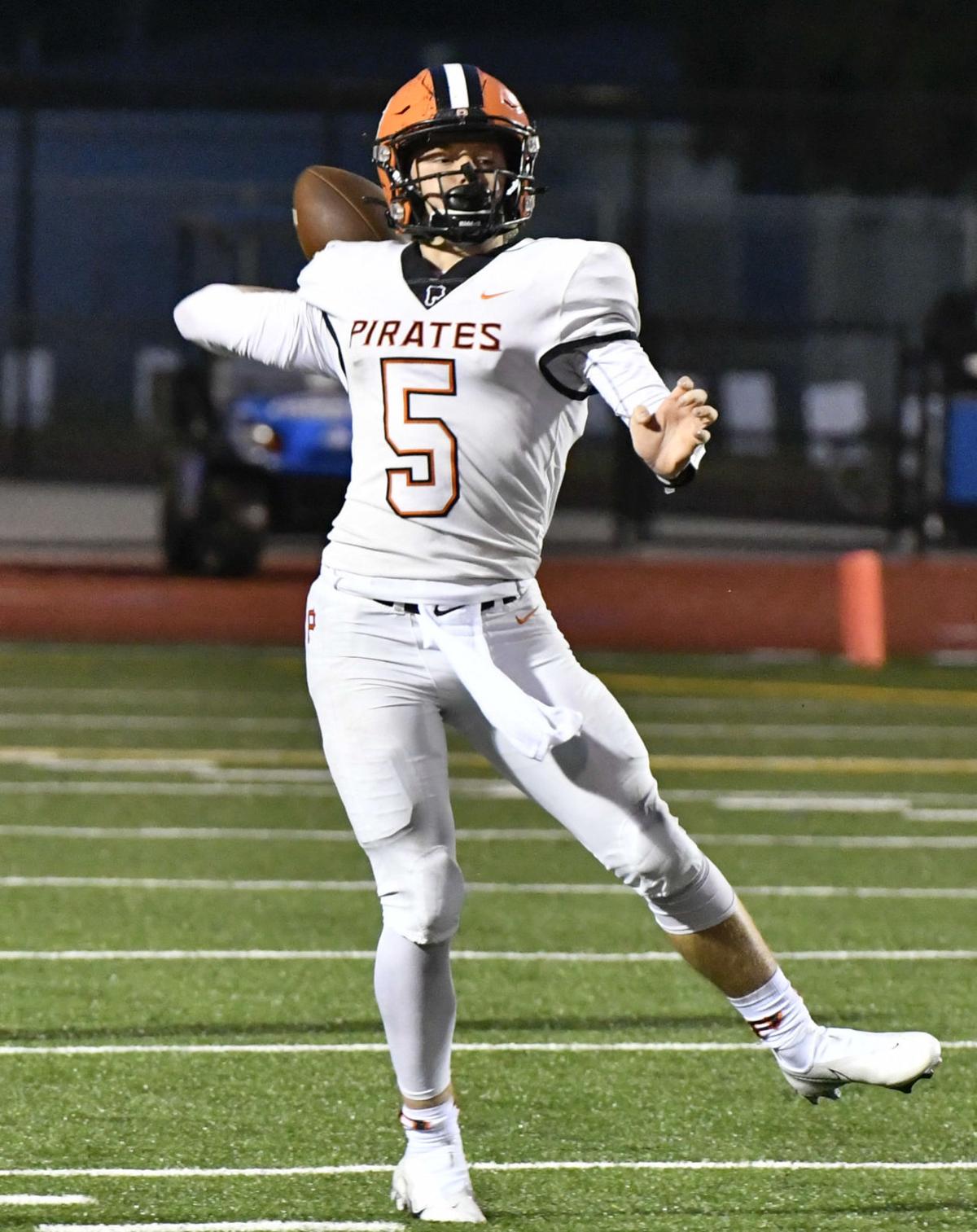 Santa Ynez’s Bennett Redell passes against Lompoc at Huyck Stadium on March 19. Redell had three touchdown passes in the win over San Marcos on Friday.

The Santa Ynez football team won its third straight game with a 48-0 win over San Marcos on Friday.

Pirates coach Josh McClurg felt he had a strong team this spring and his group has continued to prove him right.

After a 24-7 loss to unbeaten Lompoc, the Pirates have reeled off three impressive wins in a row, culminating with Friday's victory at Warkentin Stadium in Santa Barbara.

But the Norm Clevenger Player of the Game award went to teammate Cam Prendergast, who had his best game of his senior season.

Prendergast caught a pair of touchdown passes and then made it a hat trick with his third touchdown, which came on an interception return.

On the season, Redell has completed 42-of-74 passes for 565 yards and six touchdowns.

Bennett Redell, the Pirates' senior quarterback, threw three touchdown passes even though he completed just five passes on the night. With the game out of hand, sophomore Luke Gildred, the quarterback of the future, came on in relief and completed 2-of-3 passes. Gildred also ran for a touchdown.

As a team, Santa Ynez rushed for 246 yards and three touchdowns on 28 carries.

Ast has 80 carries for 655 yards and 10 touchdowns on the ground. He also leads the team in receiving with 14 catches for 228 yards and another touchdown.

Junior Mikey Gills has had a stellar spring leading the Pirate defense with 43 tackles in four games. He has 4 1/2 tackles-for-loss.

Connor Shaw has been the key senior on defense. Shaw has 40 tackles in four games with 8 1/2 tackles-for-loss.

Sophomore Aidan Scott clearly has a bright future in Santa Ynez. He's third on the team with 27 tackles.

The Pirates are set to close out their spring season Friday with the game against Cabrillo, which is 0-1 on the season after pulling out of the season opener, citing player safety, on March 19 and having Friday's Big Game against Lompoc canceled due to the team going into quarantine after a player tested positive for COVID-19.

Cabrillo's quarantine ended Friday and the team should be good to go for the April 16 home game against Santa Ynez.

Ast had 283 yards in the second game of the season, with 162 yards rushing and 121 yards receiving in a win over Santa Barbara. He then had his school-rushing record performance against Dos Pueblos the week after, adding 118 yards on Friday.

A lot was on the line in the chase for the Ocean League title Saturday afternoon at Panther Stadium.

Santa Ynez senior Cam Prendergast was named the Norm Clevenger Player of the Game after the Pirates beat San Marcos 48-0.

Santa Ynez’s Bennett Redell passes against Lompoc at Huyck Stadium on March 19. Redell had three touchdown passes in the win over San Marcos on Friday.