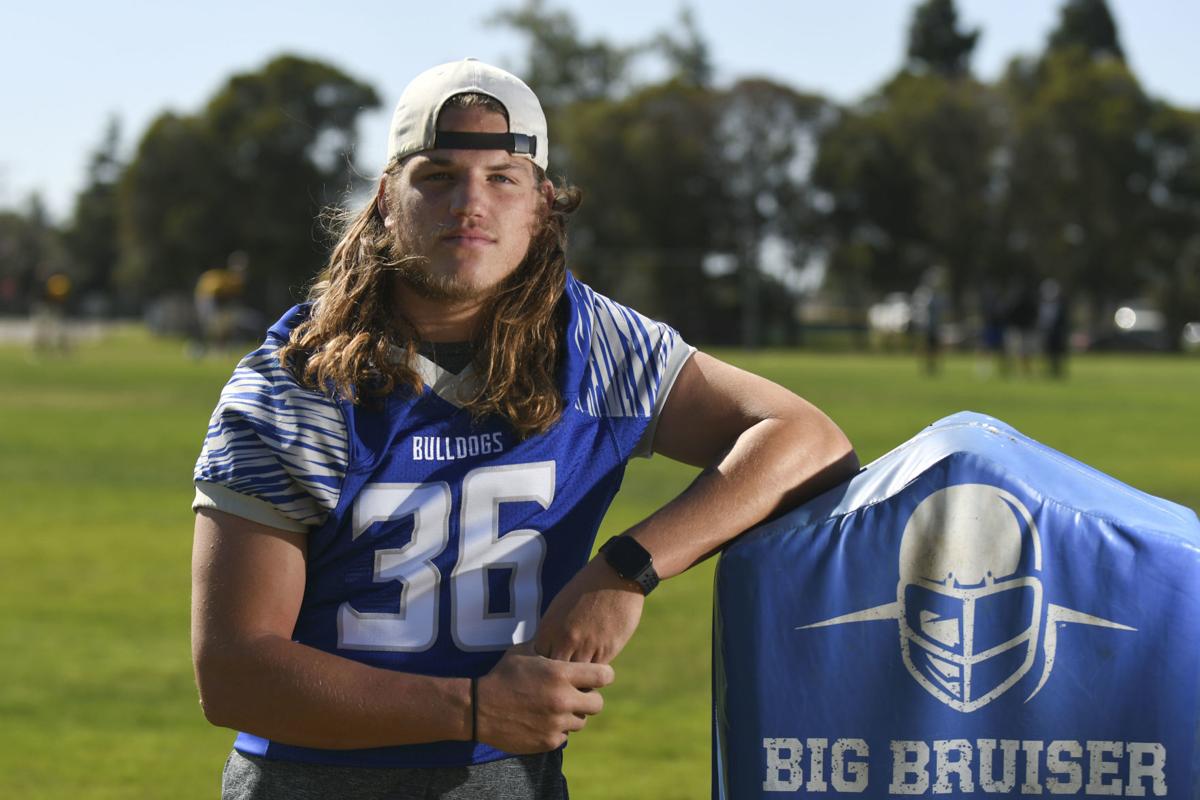 Honus Wagner, who was named for the early 1900s era Baseball Hall of Fame member, made a big impact as a freshman linebacker for the Hancock football team. Wagner signed with Gardner-Webb on Wednesday. 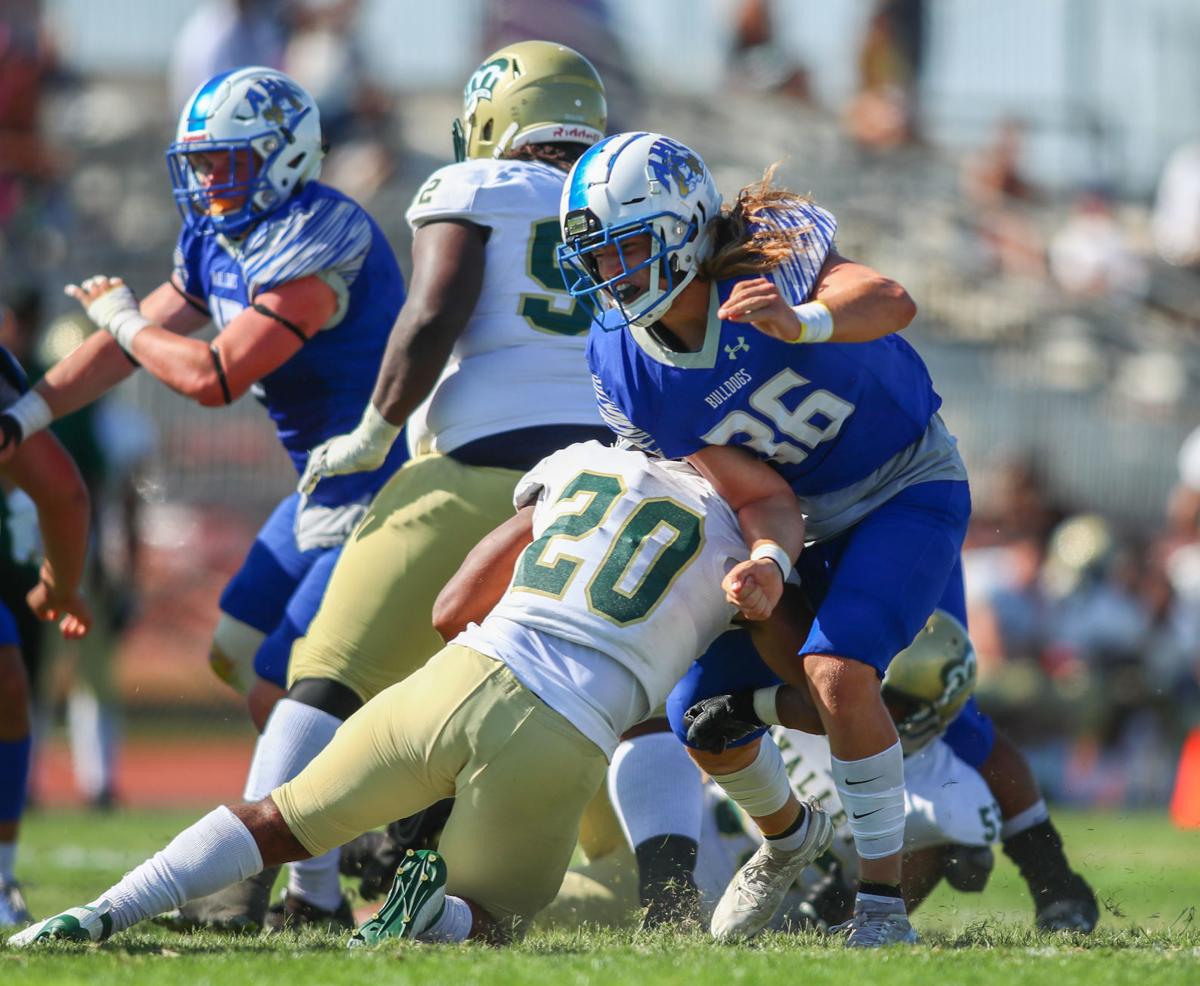 Hancock College linebacker Honus Wagner fights through a block to pressure the passer during a Sept. 14, 2019 home game against LA Valley. Wagner signed with Gardner-Webb on Wednesday. 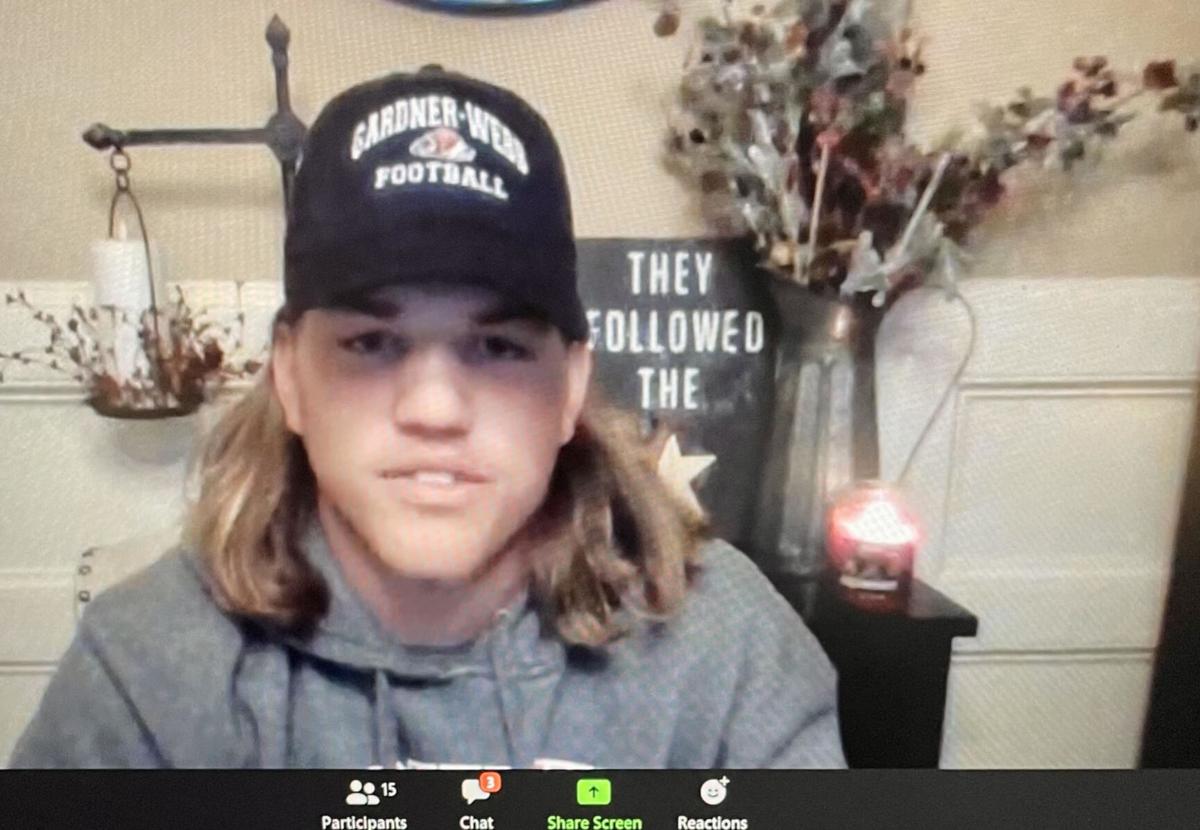 The plan was to play two seasons before signing with a Division I football program.

It turns out, he only needed one season.

Wagner came to Hancock for the 2019 season and quickly became one of the team's top defenders. He had planned to stay the customary two years but, when the landscape changed amid the pandemic, Wagner found a perfect fit at Gardner-Webb.

"Really, I had had a change of plans when this pandemic hit," Wagner said during a Zoom video call to commemorate his signing a national letter of intent. "The plan was to come back in the fall and play my second season."

But Hancock's fall season never materialized and Wagner was offered by Gardner-Webb, which wanted him to enroll in January.

At 6-foot, 225 pounds, Wagner will play inside linebacker for the Runnin' Bulldogs of Gardner-Webb.

Hancock went 9-2 in Wagner's lone season in Santa Maria. He had 59 tackles (31 solo) and 9 tackles-for-loss. He also had two sacks.

What did Wagner make of his time on the Central Coast?

"It was definitely different," he said. "Down here in the South, we do things a lot differently. Coach (Kris) Dutra and a bunch of the guys would have chats and we'd tell him the tri-tip wasn’t as good as he says it is. It was definitely culture shock, but I adjusted pretty quickly."

Wagner was recruited by Ricky Aguilar, who is now on the staff at Lompoc High.

"From the very first phone call there was no doubt" about the type of player Wagner would become, Aguilar said. "Honus had the character, the drive and the will to want to do the right things, from day one."

Damron told the story of Wagner's recruiting interest picking up after he had already verbally committed to Gardner-Webb. Wagner was torn between opening up his recruitment and sticking with his verbal.

"We talked about being a man of your word and how important it is in this day and age," Damron said. "The way he was raised by his family, it's clear Honus is a man of his word and he stayed with his commitment."

Gardner-Webb is a member of the Big South Conference. The Runnin' Bulldogs are scheduled to play Elon at home on Feb. 27.

Damron said Wagner is the 20th Hancock player to earn a scholarship to a four-year school and the Bulldogs had seven players sign with Division I programs.

The 2022 standout said Colorado State offered him a scholarship to play football in Fort Collins, Colorado. That makes it three MWC offers for the young Brave. Nevada and San Jose State have also offered the all-purpose running back.

Honus Wagner, who was named for the early 1900s era Baseball Hall of Fame member, made a big impact as a freshman linebacker for the Hancock football team. Wagner signed with Gardner-Webb on Wednesday.

Hancock College linebacker Honus Wagner fights through a block to pressure the passer during a Sept. 14, 2019 home game against LA Valley. Wagner signed with Gardner-Webb on Wednesday.