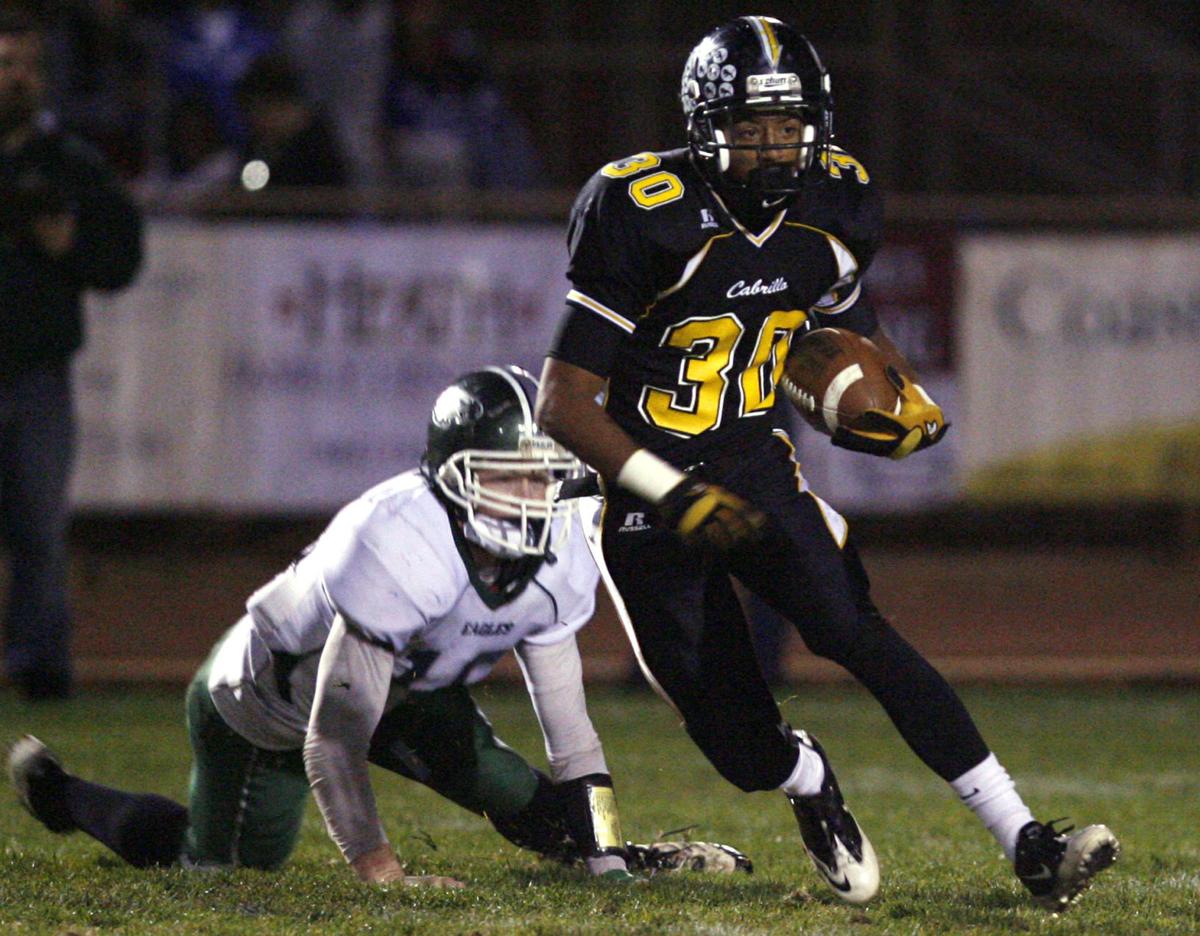 Cabrillo High School running back Isaiah Montes dodges a tackle in the Conqs’ 49-14 victory over Templeton in the CIF Northwest Division semifinals in Lompoc in December of 2011. The victory set up a showdown with crosstown rival Lompoc for a CIF championship. 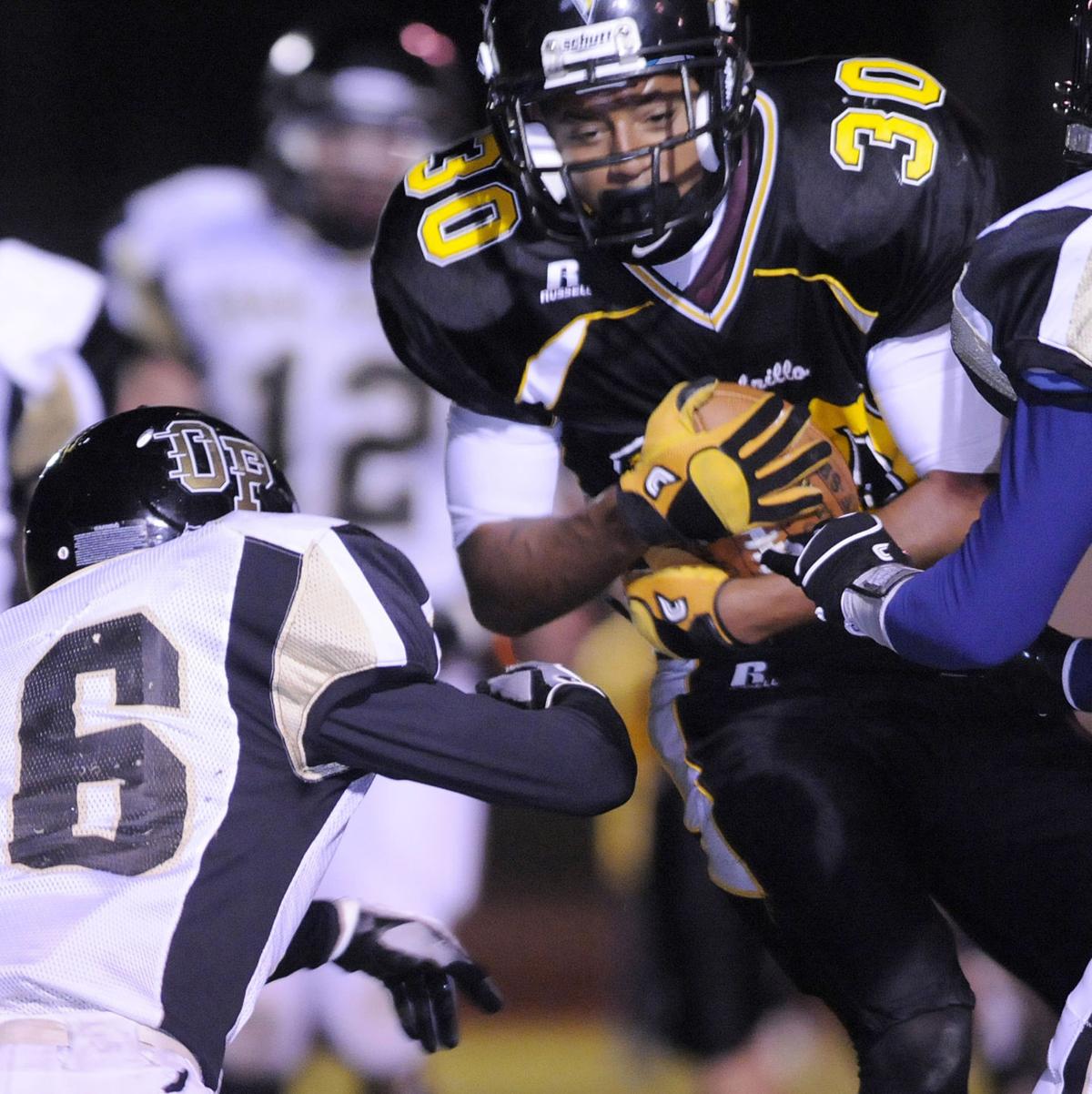 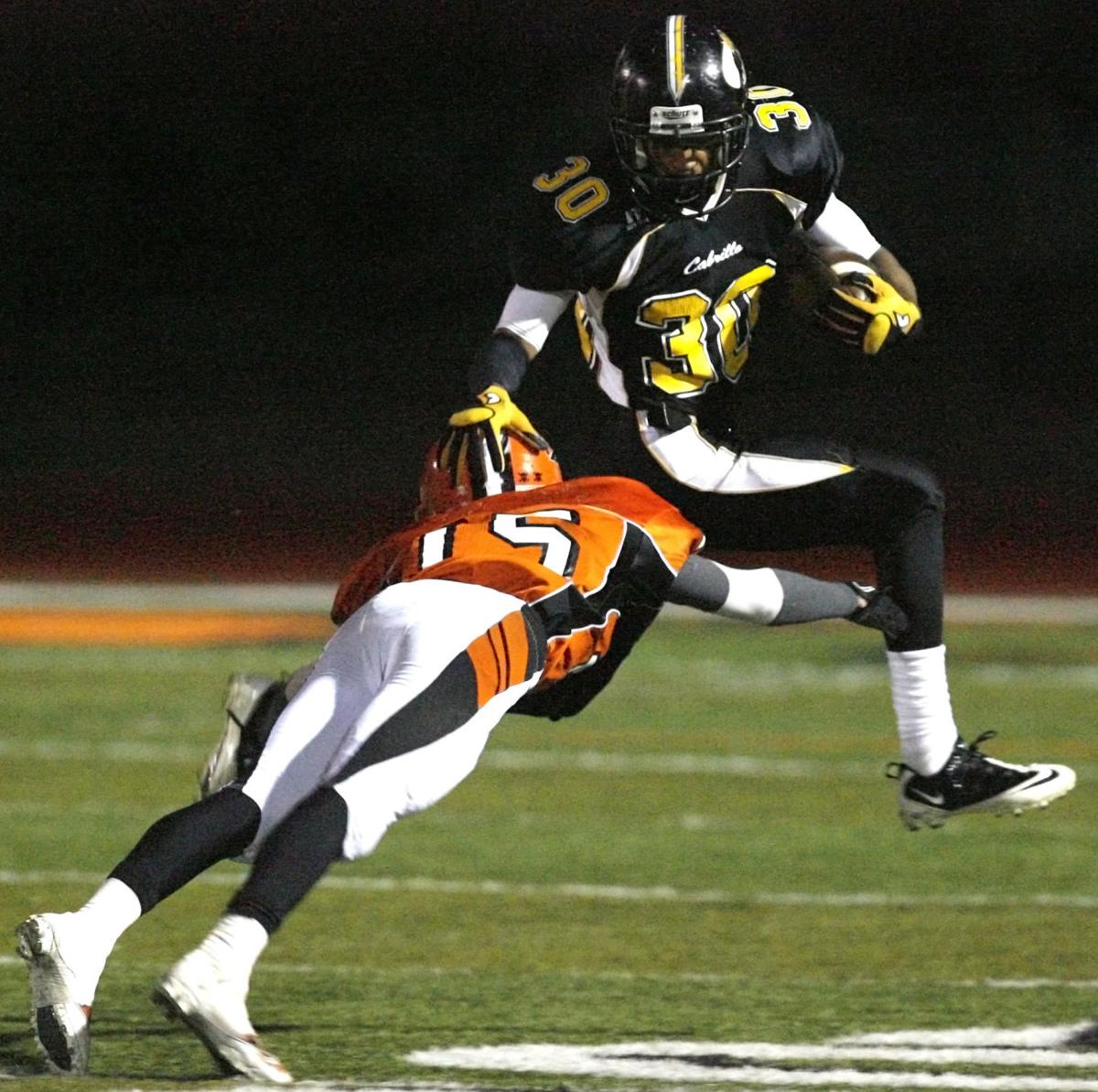 Cabrillo running back Isaiah Montes jumps to avoid the tackle by Santa Ynez cornerback Zach Foss in a Nov. 5, 2011 win for Cabrillo.

In fact, Cabrillo's 2011 season was one of the best years in school history.

The Conquistadores went 11-3 overall and, most will remember, played in the CIF-SS Northwest Division title game.

Who did they play in the championship game that year? Of course, rival Lompoc, which won 21-0 for back-to-back Northwest Division titles.

Cabrillo's only defeats in the 2011 season were to CIF champions, with two losses to Lompoc and the third loss to Arroyo Grande, which won a Western Division championship that year.

But that 2011 season certainly was a bright spot. And there were a few key players that contributed to that squad's success.

Who was the best player on that 11-win team in 2011, though? I think it would be hard to argue against Isaiah Montes, who may have been Cabrillo's best player over the last decade.

Montes led Cabrillo in rushing as a senior that year, carrying the ball 111 times for 747 yards and 12 touchdowns. He was also second on the team in receiving with 14 catches for 283 yards and another touchdown. Montes also led the Cons on defense with a team-high 74 tackles as a senior. He was second on the team in interceptions with three that year. He also recovered two fumbles. (Wow, Dan French had nine INTs in 2011 for the Conqs!)

Montes nearly doubled the No. 2 touchdown scorer on the team that year as his 13 was six more than Babauta, who finished with seven scores that year.

The LHS football team worked out on the new Huyck Stadium turf for the first time this week. There were five pods of 10 athletes on the football field "with masks the whole time," Lompoc AD Claudia Terrones said

Look at Montes' game vs. Morro Bay that year to see how vital he was to the team's success. He carried the ball six times for 92 yards and one touchdown with three catches for 106 yards and another score against the Pirates in a Los Padres League game. He accounted for over 60% of the team's offense in that game and the Conqs won 41-23.

What you need to know for Wednesday, September 16

What you need to know for Wednesday, September 16

Though Parham lost his first career start, he captained St. Joseph to wins in their next six games en route to a PAC 7 League championship. Parham's efficiency was off the charts as the Knights won eight of nine games at one point that year. He did not throw an interception until the final game of the season, a playoff defeat to West Torrance.

The Other Guys: Mondo Mansera and his crazy good senior season at PV

Mansera surpassed 1,800 yards rushing and scored 21 times on the ground. He topped 200 yards in a single game five times that year. He did this against some pretty stiff competition, as the Panthers played Nipomo, Atascadero, St. Joseph, Lompoc, Righetti and Palmdale that year.

Cabrillo High School running back Isaiah Montes dodges a tackle in the Conqs’ 49-14 victory over Templeton in the CIF Northwest Division semifinals in Lompoc in December of 2011. The victory set up a showdown with crosstown rival Lompoc for a CIF championship.

Cabrillo running back Isaiah Montes jumps to avoid the tackle by Santa Ynez cornerback Zach Foss in a Nov. 5, 2011 win for Cabrillo.