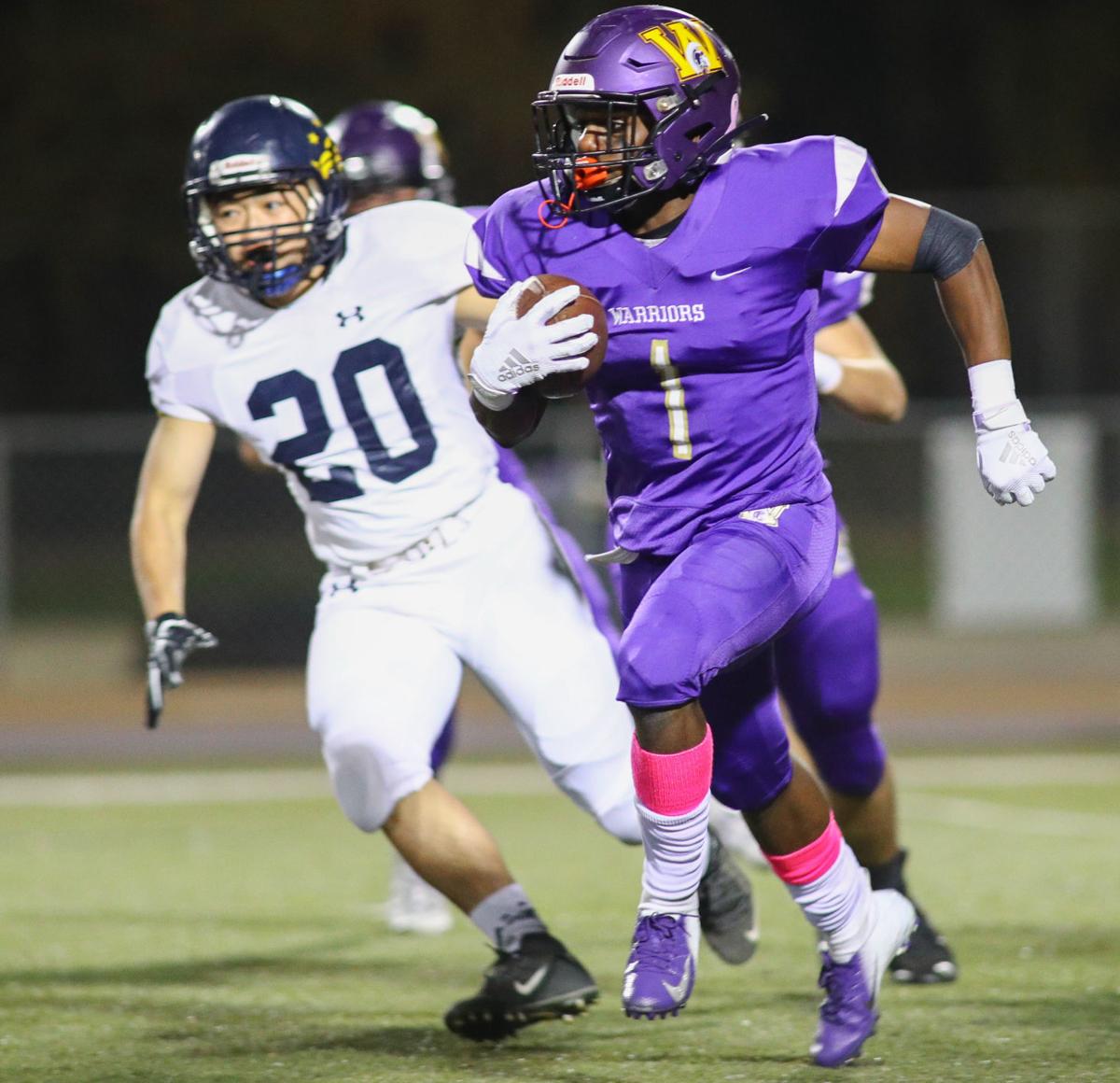 Kidasi Nepa returns a kick during a Mountain League game in Santa Maria against Arroyo Grande in October of 2019. Nepa has rushed for 1,555 yards and 16 touchdowns over the last two seasons. 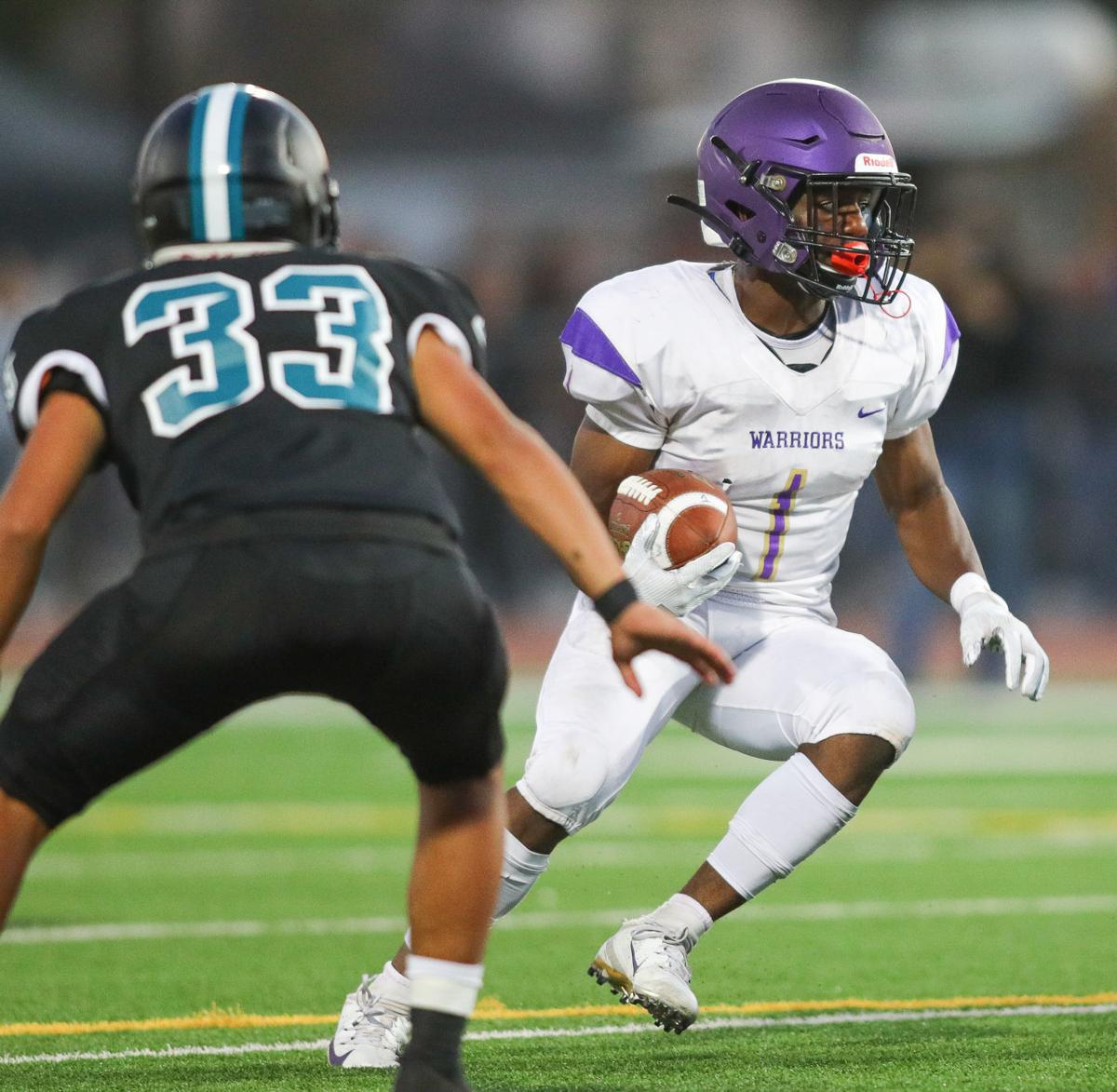 Kidasi Nepa cuts away from Pioneer Valley defender Jacob Limon during a non-conference game in Santa Maria in 2019. 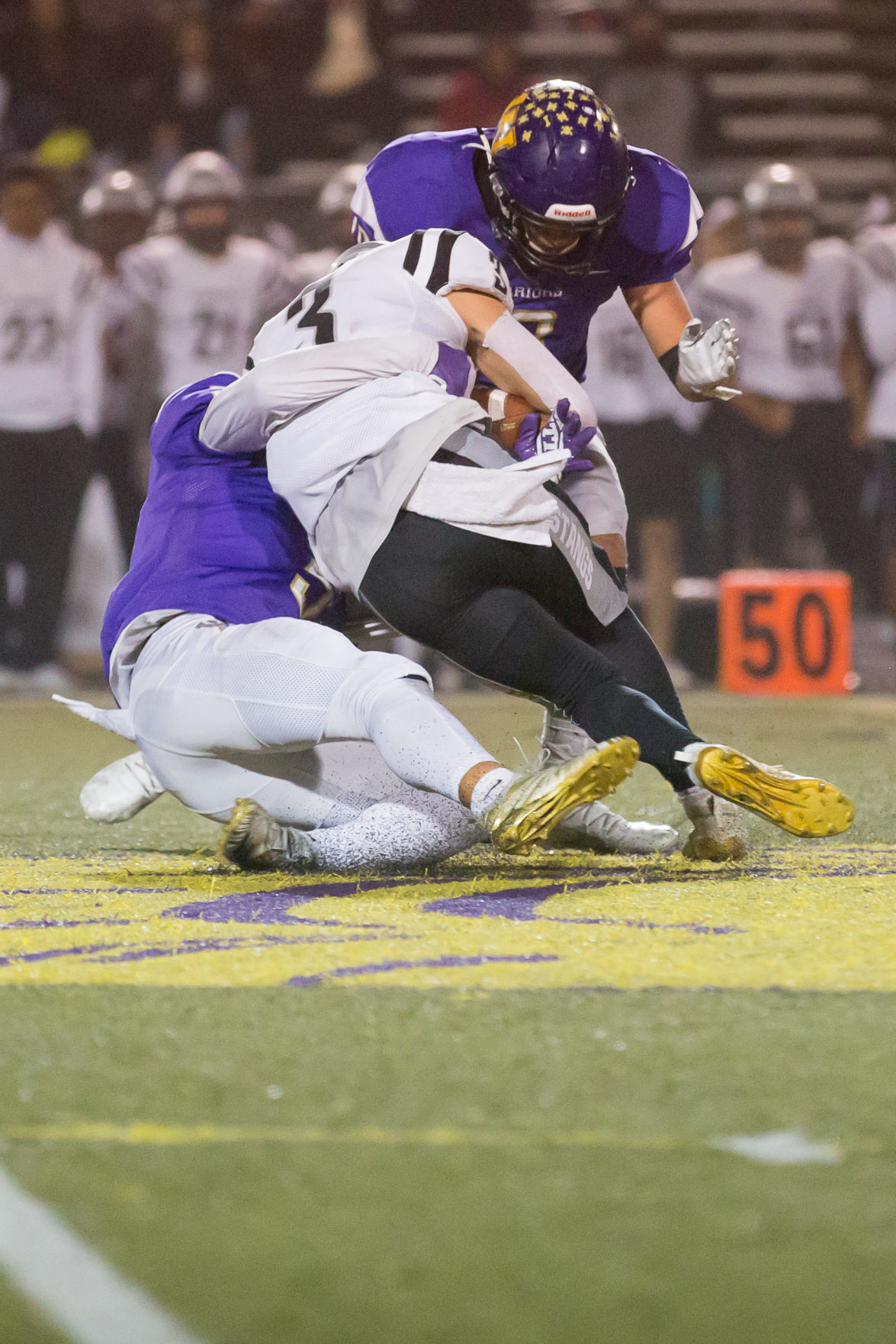 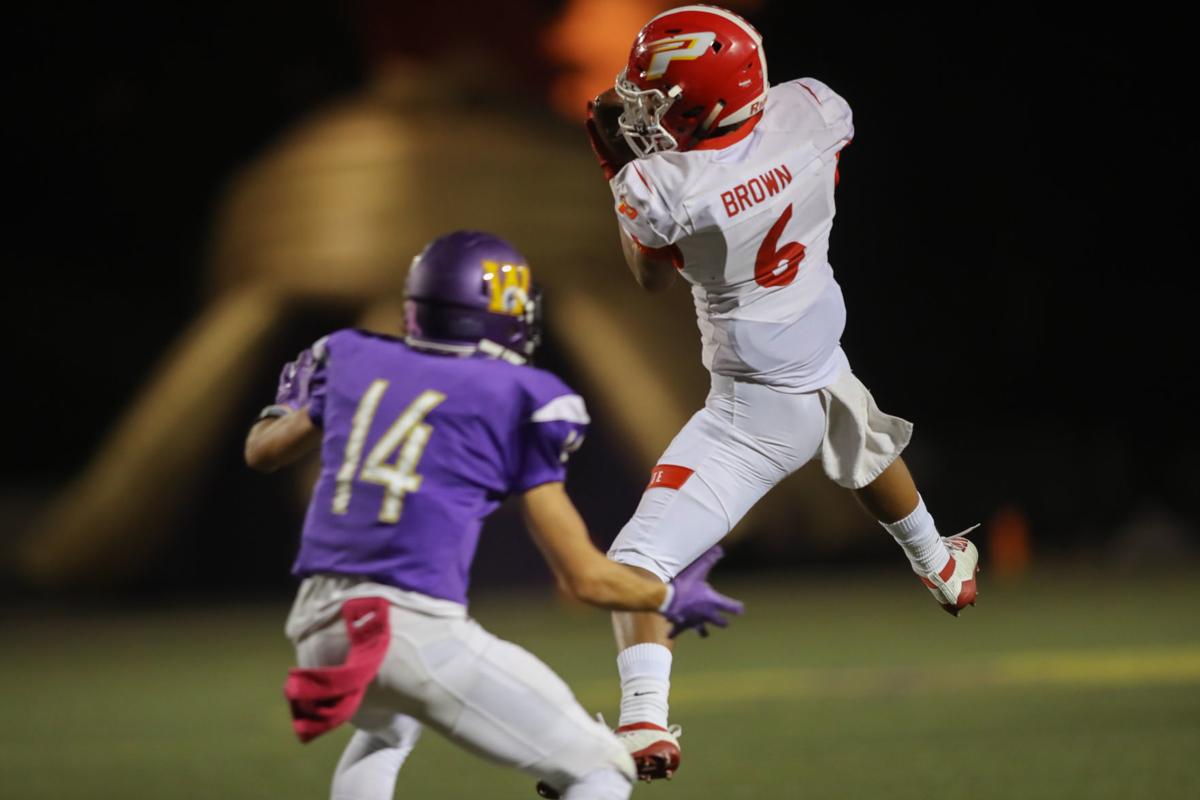 Righetti's Chris Miller defends against a completion by Taajean Brown of Paraclete during a non-league game in Santa Maria in October of 2019.

Well, one of the area's top returning players, Righetti senior Kidasi Nepa, is now forced to cope with the possibility that he's played his last down of high school football and, possibly, his last game ever.

Nepa, a Righetti running back and safety, helped power the Warriors to the CIF Central Section Division 2 title game as a sophomore in 2018.

In 2019, the Warriors went 7-4 and finished second to rival St. Joseph in the Mountain League standings. Nepa starred at running back and transitioned to free safety, becoming one of the Warriors' top defenders in the process.

Nepa was supposed to have a memorable ending to a stellar career in the fall of 2020, but the coronavirus pandemic has already postponed that and has fully jeopardized it from even taking place.

Though there is some chance a season does materialize, many senior athletes are forced to plan that it won't.

When contacted this week, Nepa said he's not currently planning on playing college ball, though he's still open to the prospect if the fit makes sense with his academic plans.

"As of now, I don’t plan on playing college ball," Nepa said. "However, I’ve applied to some UC’s and CSU’s and, if I get accepted, I may try to walk on if given an opportunity."

Over the last two seasons, Nepa has accumulated 1,555 rushing yards playing against the area's toughest competition in the Mountain League. He's done that on only 159 carries, averaging just under 10 yards per touch. He's scored 16 rushing touchdowns with 15 catches for 263 yards and four more scores.

Nepa made 29 tackles and intercepted two passes last season while also starting at running back.

At 5-foot-8 and 170 pounds, he does not possess ideal size for Division I football, but Nepa has drawn praise from coach Tony Payne for his leadership and work ethic.

"He's a great running back, but he's the undisputed captain of our team," Righetti coach Tony Payne said in 2019. "He's only a junior, but his leadership capacity is off the charts... I just can't say enough about Kidasi. He came to us his freshman year and his impact on our program and our school is just unbelievable. Everybody needs a Kidasi on their program and that's the truth."

Now, with his senior year of high school nearly over, Nepa has been forced to start focusing on life outside of football.

"At the moment I’m more focused on getting prepared for college and finishing my senior year," Nepa said. "I’m hoping I’ll at least be able to run track if we don’t have a season."

Though Nepa's football future is uncertain, the Warriors have several others who may look for a chance to continue their careers after high school.

Simms had a solid junior season at Righetti, racking up 43 total tackles and three TFLs. He also had three sacks and an interception.

Simms  has a good frame and could play a number of defensive positions if he so chooses. He was second on the team in tackles in 2019.

Miller intercepted three passes at Righetti as a sophomore. He's another player with a solid frame. He'll be a senior in the fall of this year.

Boivin was up on varsity as a sophomore in 2019 and definitely looked like he belonged. He wound up with three sacks and 20 tackles. Again, he's a class of 2022 guy that should continue to develop into a top play-maker.

Gayfield is a standout sprinter at Righetti and has been a reliable contributor at running back and defensive back for the Warriors. He could certainly take his speed to the next level.

Daniels is a long, lean athlete that sat out some of 2019 after transferring from Orcutt Academy. He's in the same boat as Nepa, a solid athlete waiting it out. Daniels is also a talented track athlete.

Moore is a basketball player first, but we've all seen athletes make that transition to football. Moore has great size and was deployed as a tight end some in 2019. He's a 2021 graduate but could make an impact in basketball or football this year, or even both.

When the first Life Pacific University men’s soccer team comes on to the pitch for its debut in early February, Myles Baro will be part of it.

Kidasi Nepa returns a kick during a Mountain League game in Santa Maria against Arroyo Grande in October of 2019. Nepa has rushed for 1,555 yards and 16 touchdowns over the last two seasons.

Kidasi Nepa cuts away from Pioneer Valley defender Jacob Limon during a non-conference game in Santa Maria in 2019.

Righetti's Chris Miller defends against a completion by Taajean Brown of Paraclete during a non-league game in Santa Maria in October of 2019.