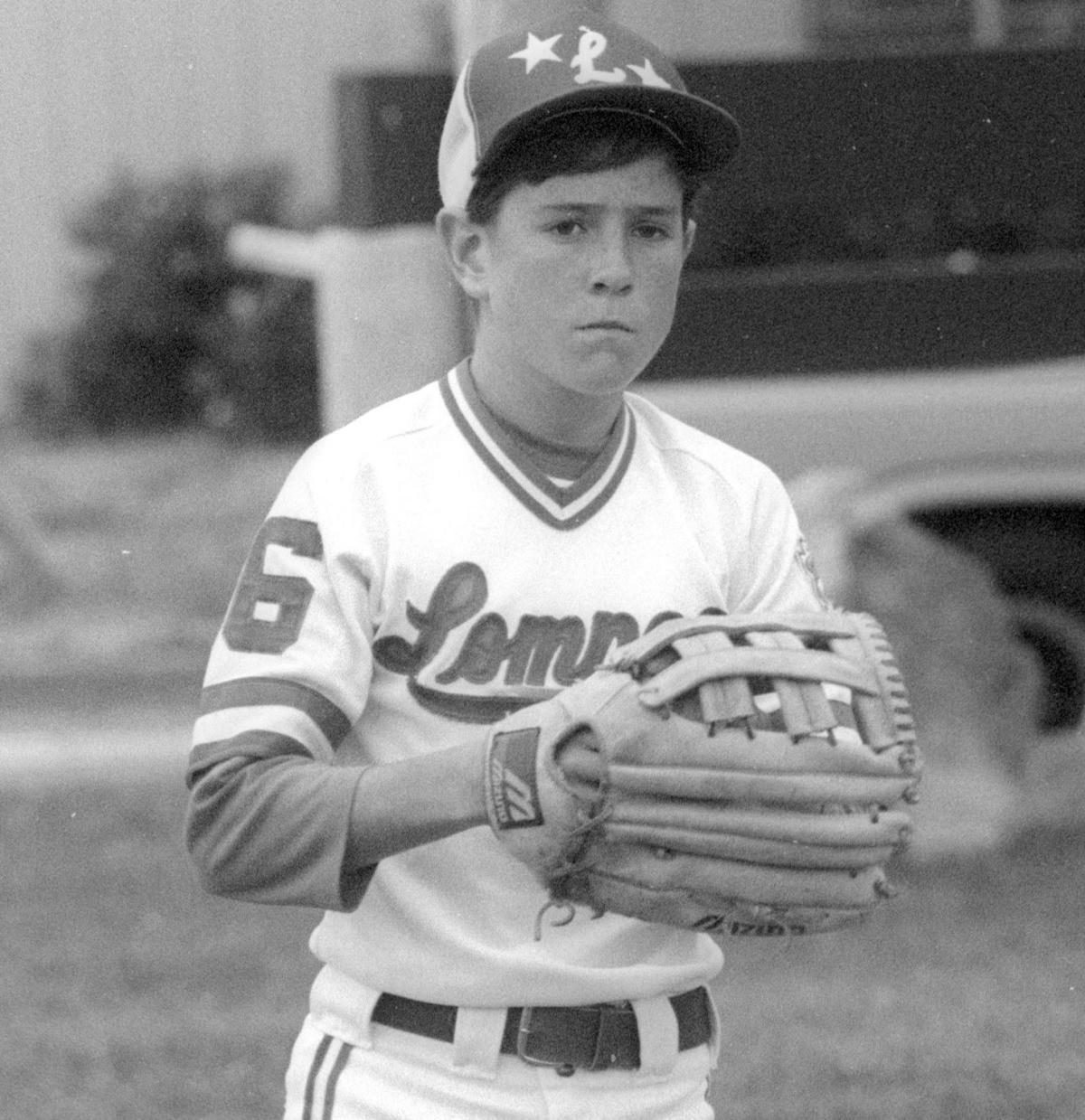 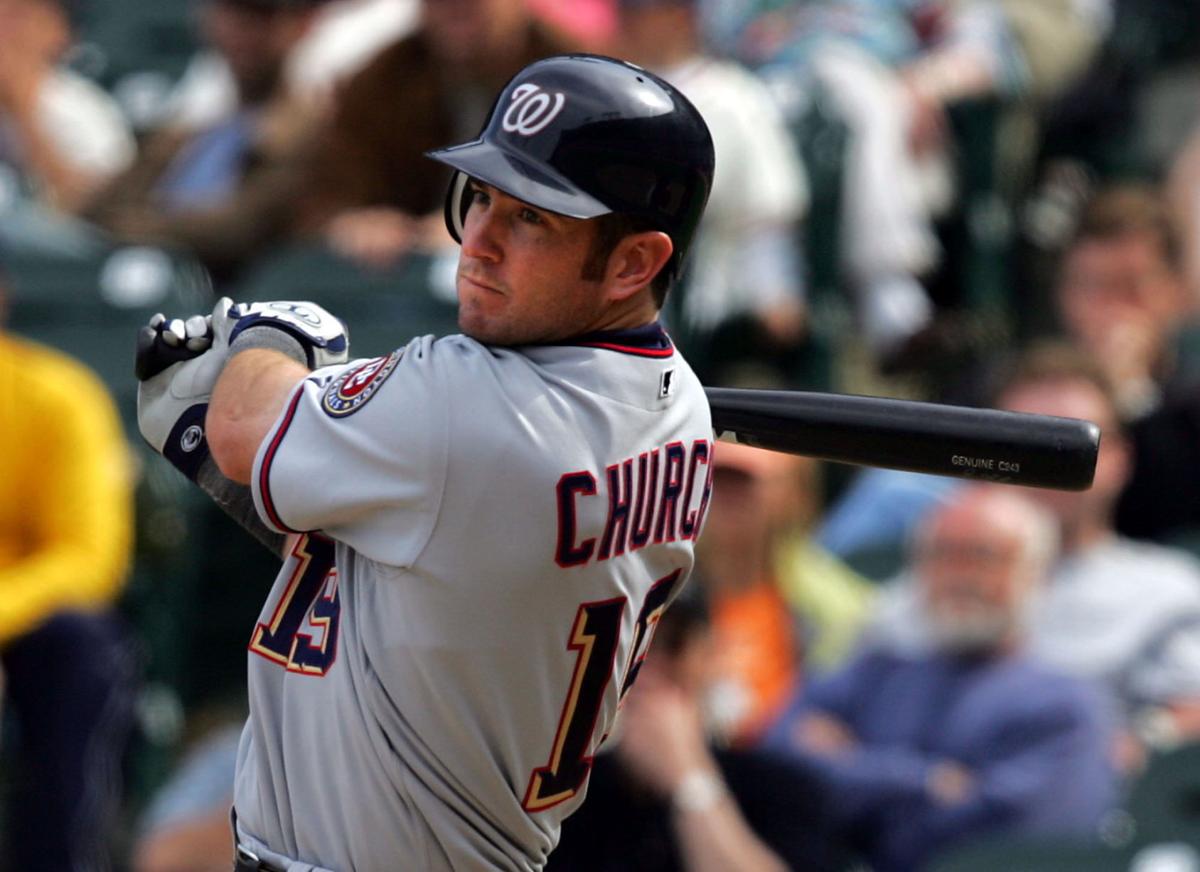 Washington Nationals' Ryan Church, who starred at Lompoc High, watches his three-run double off San Francisco Giants reliever Jim Brower in the ninth inning of a game in 2005. 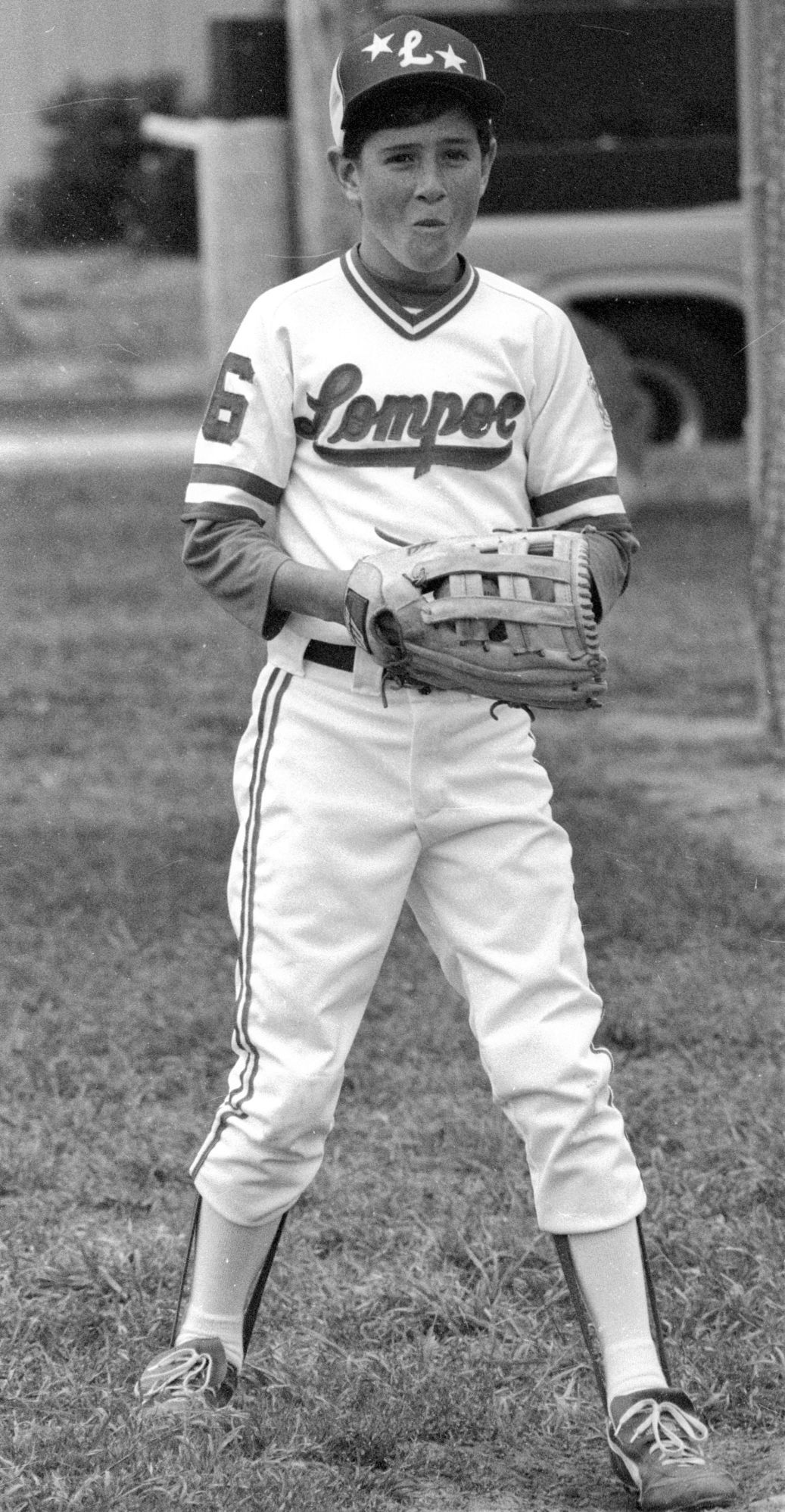 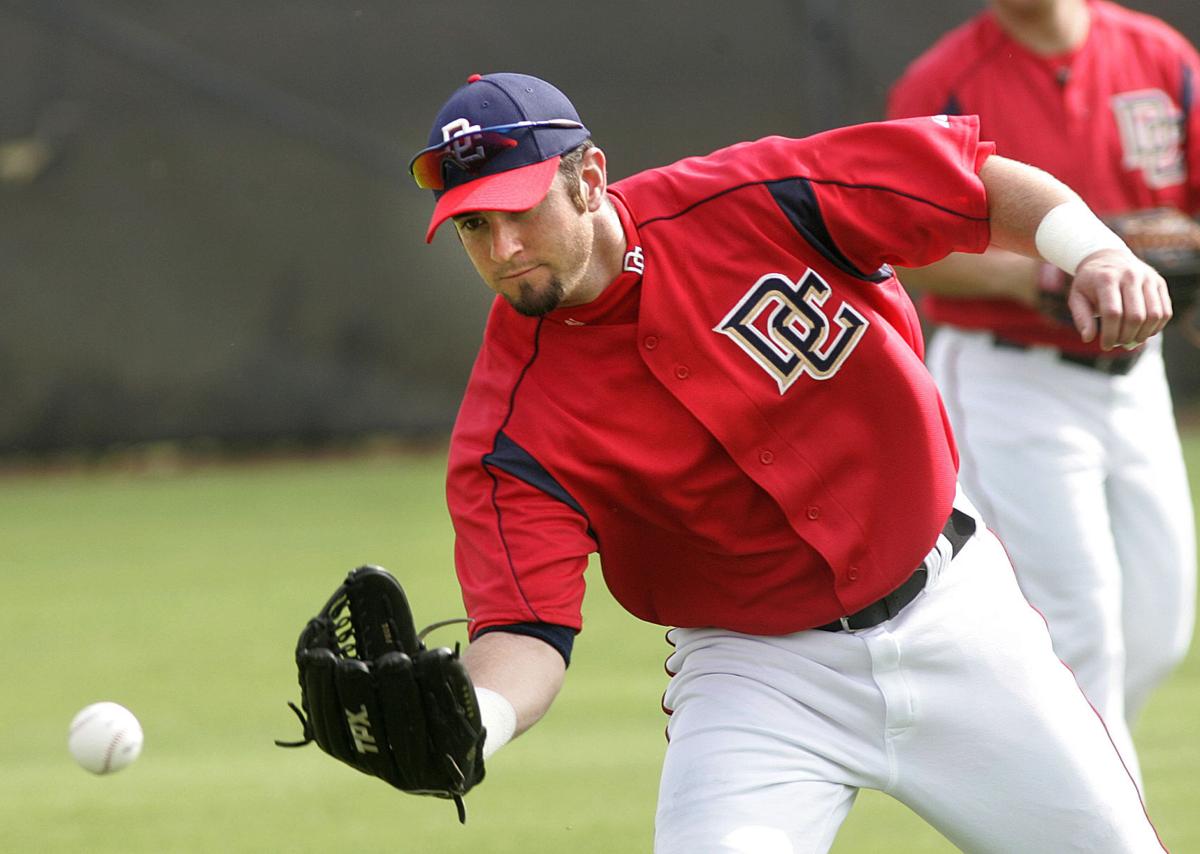 Washington Nationals outfielder Ryan Church, a Lompoc High graduate, keeps an eye on the ball during spring training in 2005, in Viera, Fla.

Photos: Ryan Church's days from Lompoc to the majors

Church was a dynamite left-handed pitcher during his Little League and high school days in Lompoc and he was recruited by the University of Nevada as a pitcher.

Church spent most of his summers as a youngster mowing down batters during All-Star tournaments.

For instance, in 1991, Church was pitching for the Lompoc National League All-Star Team. In a July game against Lompoc American at JM East Field, Church threw a complete game and smashed a three-homer to beat American 9-0. That win put his team in the Final Four and moved their record to 4-1.

Church's potential with the bat was clear even back then. He recorded 13 hits in the tournament's first five games, playing against the area's best competition.

He started his 1991 season with a one-hitter against the Elks while pitching for the Aztecs. He struck out 10 in a 7-0 win.

Church would go on to star for the Lompoc High baseball team. He earned All-Area honors as a junior and a senior.

His junior season was even better.

Church though wasn't just a pitching and hitting star at LHS. He was also one of the Braves' top basketball players on Lompoc's dominant Northern League teams.

In an upset win over Righetti as a sophomore in 1994, Church scored 22 points to keep the Braves in the playoff hunt.

"Ryan has the capability of doing those types of things," Lompoc coach Bryan Ayer said according to Kulkin.

As a junior in 1995, Church scored 13 points in a big playoff win over Moorpark.

As a senior in 1996, the Braves completed a 22-0 regular season run as Church averaged nine points, four rebounds and three steals a game. (Derrick Williams led that team with an 18 ppg average). Lompoc's season ended with a loss to Inglewood in the CIF quarterfinals that year as the Braves finished the season 23-1. (Eliot Davis led all scorers with 19 points in the road playoff loss).

But, of course, Church's main focus was on baseball. Church signed with Nevada as a pitcher, but the Wolf Pack employed him as a hitter and he ended up getting drafted by the Cleveland Indians in the 14th round in 2000.

In an October 2000 Lompoc Record story, Church had returned to Lompoc High after his first professional season to watch his brother Matt play football against Atascadero.

"People say the minors suck," Church told Record writer John McReynolds. "I don't think so. You're getting paid for doing something you love to do.

"Every night you play in front of 6,000 people. There's nothing like it. I got pumped up every morning knowing I'm going to play. And the bus trips were fun. It was all new to me. I can't wait for spring training."

Church's first stint as a pro was with the Mahoming Valley Scrappers in the New York-Pennsylvania League. He led the league in RBIs and slugging percentage and was named the Rookie of the Year and MVP for the league.

Church's first major league stint came four years later with the Montreal Expos. He played in 30 games after the Indians traded him to Montreal along with Maicer Izturis for Scott Stewart in 2004.

Church had most of his major league success with the Montreal/Washington Nationals franchise, playing four seasons and hitting 35 of his 56 career home runs there. The Nationals dealt Church to the New York Mets in 2007 and the Mets then traded him to Atlanta for Jeff Francouer in 2009.

Church then became a free agent and signed with the Pittsburgh Pirates in 2010. The Pirates then traded him to the Arizona Diamondbacks at the 2010 deadline. He called it a career after the 2010 season.

Church earned around $7 million during his playing career, according to Baseball Reference, which cites information form Doug Pappas and the Society for American Baseball Research.

Washington Nationals' Ryan Church, who starred at Lompoc High, watches his three-run double off San Francisco Giants reliever Jim Brower in the ninth inning of a game in 2005.

Washington Nationals outfielder Ryan Church, a Lompoc High graduate, keeps an eye on the ball during spring training in 2005, in Viera, Fla.